Boomers, Let’s Talk About Politics: When Did Ideas Cease to Matter?

In many ways, political activism is one of the defining attributes of our generation. We have always cared about making a difference. It’s just who we are. Or, at least, that’s who I thought we were.

Some Topics Are Too Important to Ignore

A few days ago, I posted an article on the upcoming tariffs that have been announced by President Trump. In the article, I went out of my way not to support one party or the other’s perspective.

In fact, as I pointed out in the article, the Republican Party was traditionally in favor of free trade, so, it is difficult to know what a partisan perspective would have looked like.

Many people said that they appreciated my neutral perspective, but, an equally large number of women immediately accused me of ruining Sixty and Me by discussing politics.

If I’m totally honest, I was surprised by these responses. I had assumed that “not being political” meant “not taking a side, politically.” I didn’t think that it means that I shouldn’t discuss any issue that has been in the news… even if I took a neutral perspective.

Forget “Fake News”… Tribalism and Arrogance Are the Real Enemies

I don’t know about you, but, I have no problem with someone disagreeing with me. I appreciate the power of ideas. And, I am open to being persuaded, especially by people that I respect, such as my family and close friends.

In recent years, however, we have seen tribalism and arrogance reach new and dangerous heights in many countries, including the United States. This is true on the left and the right.

Is “fake news” a problem? Yes. But, it is not a new problem. Propaganda, marketing and spin have always been a part of our lives.

What is different now is that many of us have given up on the very concept of truth. Instead of debating ideas, we defend our tribe. Instead of searching for genuine solutions to complex problems, we greedily consume the simple fixes offered by our partisan leaders.

Make no mistake. This is a critical time in the history of our civilization. The next 30 years will determine the future of our planet, the structure of our governments and the prosperity of our grandchildren.

I will always take a neutral perspective when it comes to politics, but, I see no reason to avoid a discussion of policies… even here on Sixty and Me. After all, our community is one of the only places that older adults can come together to discuss important issues.

What are a few of the questions that are on my mind? Let’s see…

How much automation is optimal for society? How much should we allows? Do we care if all taxi drivers and truckers are put out of work by automated vehicles? What happens automation allows restaurants to fire 80% of their staff?

What is the best healthcare system and how can we implement it in our lifetime? What balance of free market activities and social support is appropriate? How should we support the millions of older adults who will need long-term care in the near future – but won’t be able to afford it?

How much responsibility do we want to take for protecting the environment? After all, we may be gone by the time the consequences of our actions take hold… but our grandchildren will still be around. How will they judge us?

How much do we want our country to participate in the global economy? Are we willing to pay more to punish countries that we feel have wronged us? Even more importantly, is it possible that consumerism is responsible for our deficits and not unfair trade practices? What does that say about us?

I could go on, but, I suspect that you already share many of the same questions that I do. Furthermore, I’m sure that you have your own questions to add to the list.

The main point here is that the future is too important to leave to our leaders. Ideas matter. Policies matter. Debate matters. Neutral communities, like ours, matter.

If we don’t step over the line and listen to our friends, neighbors and family with open hearts, then we have already lost… and the politicians, news outlets and elites have already won.

Should sites like Sixty and Me facilitate conversations about policies, even as we try to stay neutral on politics? Is that even possible? What debates would you welcome with open arms? Let’s have a chat!

Why it’s OK for Older Women to Misbehave! A Laurel Ulrich Quote 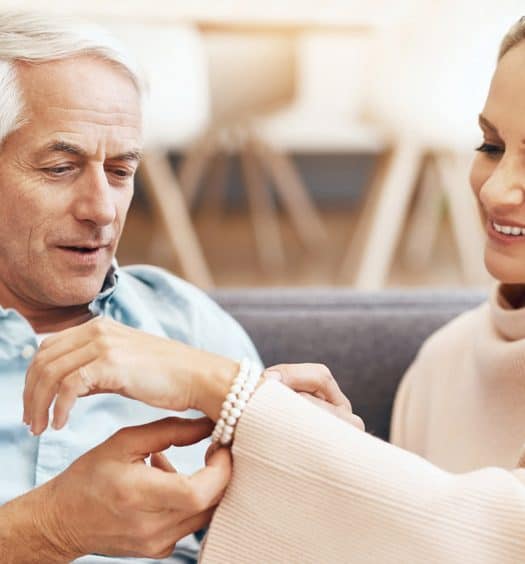 More Than Just Sparkle: How a Simple Circle Can Represent Strength, Love an...

Read More
More Than Just Sparkle: How a Simple Circle Can Represent Strength, Love and Gratitude
Subscribe to Our Newsletter
Top