Dealing with a Death? Here’s How Funerals Can Bring Support and Healing

One of my cherished friends died this week at the young age of 69. One day, she was healthy as a horse and the next day she had cancer and was in pain. The pain continued over the next nearly year and a half, no matter what treatment she received.

Her illness shook me to the core. I never thought she’d die from it. I trusted she would beat it. She was strong. She was Wonder Woman.

I know its “Pollyanna” to think that way, but if I don’t, I fear I will fall into a never-ending abyss from which I won’t be able to climb out.

I knew she had a lot of family obligations and doctor’s appointments, so I tried not to burden her with frequent visits and phone calls. But I attempted to provide some entertainment and comfort by occasionally telephoning, sending cards and emails and bringing tasty food when I did visit.

She politely ate a bit of food and I told her stories of my daily life to try to make her smile.

I told her that her body was making her rest in order to heal. I believed what I said. I shared my previous health challenge and how long it took to get back to normal, encouraging her to stay focused on resting and healing.

I prayed and sang a healing prayer for her multiple times a day.

And, yet, she died. Of course, I know I don’t have the power to heal someone. But it doesn’t keep me from trying.

I miss my friend. She leaves many behind who love and cherish her. Although she was a well-known pillar in her community, her family chose to have a small family funeral. Her daughter wrote an amazing tribute about her and posted it online. It touched my heart.

To have some closure, I and a few friends will gather later this week and walk an outdoor labyrinth together to honor and remember her.

In contrast, an acquaintance also recently passed away after suffering a lengthy time with cancer. He, too, was well known in the community.

His memorial service drew a gathering of about 400 people who told stories of his life and how he impacted them. They laughed and cried, sang, and learned things they didn’t know. The family was comforted and inspired by what was said.

I am seldom one to speak in public, let alone at funerals, especially if the person is someone I love.

I’m afraid of crying in public. I don’t find crying useful; it just makes me stuffy and red-eyed, and it doesn’t make me feel better.

I can’t speak or get my thoughts out. Instead, as a writer, I journal until I feel better. When I look back later at what I’ve written, I think, “Who is this crazy woman?” and hope that no one ever reads my journals thinking that what I write is my whole life because I only journal when I need to work something out.

Growing up, I learned that my family avoided funerals if they could. They feared dead bodies and they feared death. I imagine they also feared being vulnerable.

I found a different perspective when I joined my husband’s big, Irish family. Everyone, including children, was expected to make an appearance at a wake, viewing, memorial or funeral if they had ever met the deceased or his immediate family.

If you simply knew “of” them because of their stature in the community, you were also expected to make an appearance and pay your respects.

A funeral shows support for the family. It provides knowledge, awe, comfort and happiness to the survivors. It brings closure for all.

There are sad or funny stories and sometimes, jokes. Children giggle and parents do their best to shush them. It breaks the tension and allows people to laugh.

I came to understand and embrace the practices of my Irish in-laws. Community support brings healing and comfort in a time of need.

A funeral gives people the opportunity to say what they didn’t get a chance to say before their loved one or acquaintance died. It comforts and helps those left behind and honors the deceased.

Although I am healthy and have no immediate health concerns, these two approaches to funerals and the tributes given about those who died are causing me to ponder how I want to be remembered and what kind of memorial I would like.

I wonder what impact I have had on the people I have touched. What will people remember about me?

What kind of funeral would you organize for yourself if you had the choice? Do you wonder what influence you have had on others? How do you want to be remembered? Have you considered what kind of service you would like? How have you been affected by funerals? Do you avoid them? Or do you embrace them? Please join the conversation.

Dealing with Grief and Fears

Lois Carter Crawford is a freelance editor, writer and blogger. She loves to cook, talk about food and share her recipes on Recipe Idea Shop. Each of her recipe blog posts includes a nutrition label and a photo of the finished recipe. Crawford is also coauthor of Secrets of the Softer Side of Selling http://www.softersideofselling.com, a sales training book. Subscribe to her free weekly email recipe newsletter at http://recipeideashop.com.

The Unintended Consequences of Leaving Without a Will

Read More
The Unintended Consequences of Leaving Without a Will 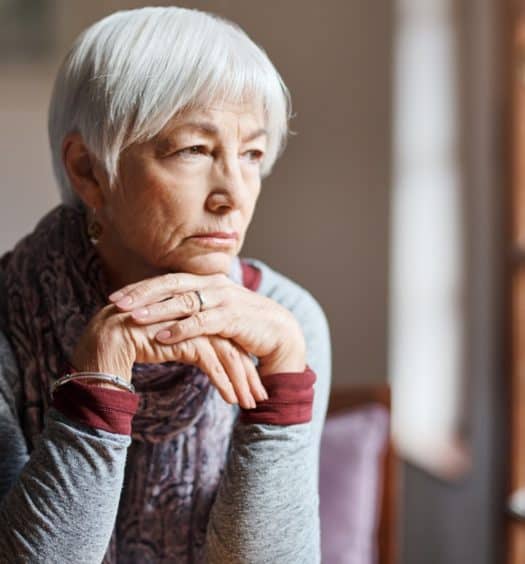 Sheltering-in-Place: When Mayonnaise Was the Only Reason to Leave the House...

Read More
Sheltering-in-Place: When Mayonnaise Was the Only Reason to Leave the House
Subscribe to Our Newsletter
Top