Debbie Reynolds’ Thanksgiving Tradition Lives On Through Her Granddaughter

The holidays are a time for relishing in the various family traditions that we each hold near and dear to our hearts, whether they are tried-and-true traditions passed down through generations of family or brand-new traditions that have just been developed, all traditions have a way of making the holidays feel personal and special.

And for Debbie Reynolds’ granddaughter, Billie Lourd, keeping one of her grandmother’s sneaky holiday traditions alive not only eases the stress that this time of year can cause, but helps keep the memory of her late grandmother alive as well.

After appearing on The Late Late Show with James Corden earlier this week prior to the Thanksgiving holiday, Billie Lourd, granddaughter to Debbie Reynolds and daughter to Carrie Fisher, spilled the beans on a long-standing family tradition that she is keeping alive following the passing of both her mother and grandmother.

“What I do is lie, I bring something from a great restaurant and I put it in a sad little box and pretend like I did it,” Lourd shared with Corden.

It turns out that Lourd not only inherited a passion for acting from her famous mother and grandmother, but also inherited Reynolds’ less than excellent culinary skills, as she explained, “Cooking is a dangerous thing for me, I’m pretty inept in the kitchen. It’s kind of scary, it’s a dangerous time.

Luckily, Reynolds taught her granddaughter just how to work around her lack of cooking skills by telling a little white lie and passing off a professionally prepared restaurant meal as her own, a tradition that Lourd is happy to keep alive, “It’s kind of become a family tradition vibe, my grandmother used to do it. She used to do it very poorly. I do it better.”

After losing both her grandmother and mother in 2016, the young actress spoke of them fondly to Corden, seemingly happy to have the opportunity to keep their memory alive.

Although, it is unlikely that either of the two actresses would soon be forgotten with the incredible legacies that they both left behind. Carrie Fisher, best known for her role as Princess Leia Organa from the Star Wars franchise, died on December 27, 2016 after suffering from a heart attack several days earlier and her mother, Debbie Reynolds, died one day later on December 28, 2016, after suffering from a stroke.

At the time, the deaths of the celebrity mother-daughter pair within days of each other shocked fans and some even believed that Reynolds died of a broken heart, but her son, Todd, publicly disagreed.

In his book, My Girls: A Lifetime with Carrie and Debbie, Todd wrote, “The common theory about mum’s passing was that, after losing Carrie, Debbie Reynolds died of a broken heart. Take it from the son who was there, who knew her better than anyone else on earth – that’s simply not true. Debbie Reynolds willed herself right off this planet to personally see to it that Carrie would never be alone. That had been her driving force all of Carrie’s life, including having me so that Carrie wouldn’t be an only child, and it continued to be her driving force when Carrie left.”

Whatever the underlying force behind Reynolds’ passing may be, it is undeniable that family, friends, and fans alike all miss the brilliant actress and her talented daughter, Carrie Fisher, immensely. Thankfully, their talented granddaughter and daughter is around to not only carry on their phenomenal acting skills but their humorous holiday traditions as well. 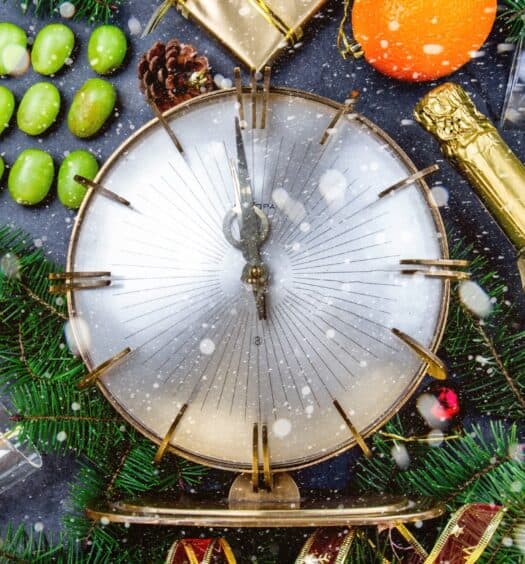 Do You Love the Holidays? Do You Embrace them Even if You Don’t?

Read More
Do You Love the Holidays? Do You Embrace them Even if You Don’t?
Subscribe to Our Newsletter
Top