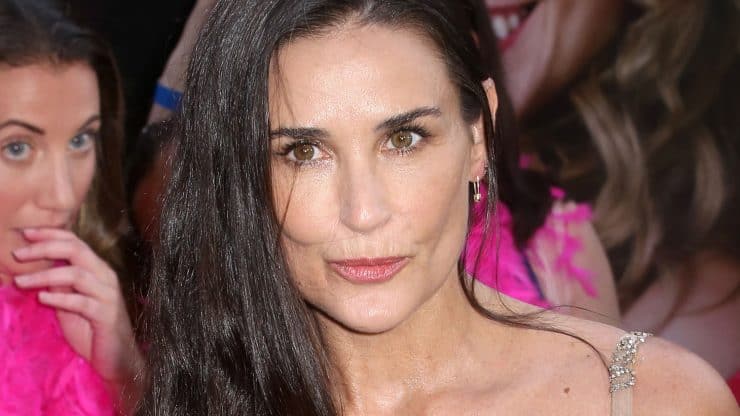 Demi Moore Steps Out to Support Her Celebrity Friend in Style

While Demi Moore, 55, may not be plastered across the covers of tabloid magazines or gracing the silver screen quite as frequently as she was ten years ago, the talented actress never misses an opportunity to support the endeavors of her celebrity friends – and to do so in style!

Moore made her film debut back in 1981 but truly rose to international fame after starring in Ghost in 1990, for which she garnered a Golden Globe Nomination. Following the success of Ghost, Moore went on to become the highest paid actress in film history (at the time) with a $12.5 million payday for her role in Striptease.

After Striptease, Moore appeared in a number of films that did moderately well but unfortunately, she became much more well-known for her personal life and marriages to Bruce Willis and Ashton Kutcher, than her professional career.

However, photos of Moore looking stunningly stylish and incredibly cheerful at the recent GOOP event speak to the fact that stepping out of the spotlight for awhile seems to agree with the accomplished actress.

Moore and other celebrities gathered in London on Monday night to celebrate the 10-year anniversary of Gwyneth Paltrow’s wellness and lifestyle brand, GOOP, and to check out the brand’s first pop-up store in Notting Hill.

The celebration began at GOOP’s Notting Hill pop-up shop where guests sipped cocktails and perused various GOOP products which included everything from eye serums to body washes to crystals and even some more risqué products like personal vibrators.

Following the cocktails and shopping, guests headed over to Serpentine Sackler Gallery in GOOP taxis where they enjoyed a candle lit dinner at a long banquet table romantically decorated with pink and white flowers and matching glasses of rosé.

Moore attended the event looking ravishing in a long-sleeved, tea-length, floral dress that she added a pop of color to with a bright red shawl worn draped across her shoulders.

She completed the look with a pair of fashionable black lace-up heels and a black bag. She wore her luscious black hair pin-straight and kept her face looking fresh and glowing with minimal makeup in the form of a touch of black eyeliner and light pink lip gloss.

Moore completed her trendy look with the best accessory out there – a bright smile! The star appeared to be in great spirits as she celebrated the success of her friend’s lifestyle brand and socialized with other celebrities in attendance like Liv Tyler, Rachel Zoe, and Christian Louboutin.

Fans of Moore can look for her to grace the big screen in Love Sonia, set to be released later this year, and Corporate Animals, set to hit theaters sometime in 2019.

Are you a fan of Demi Moore? What do you think about her floral style? Share your thoughts and join the conversation below! 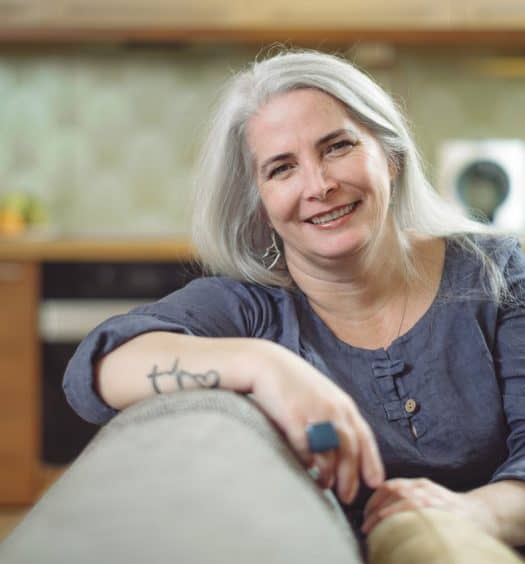 Avoiding the Traps of Matchy-Matchy and Monochrome with Your Plus Size Clot... 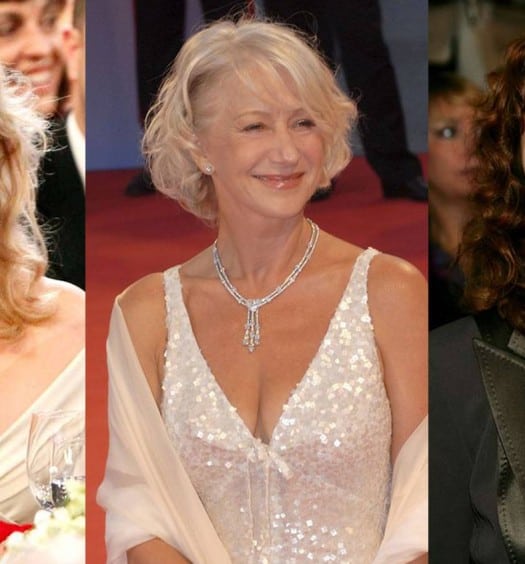 Read More
Are Older Women Showing Too Much Skin?
Subscribe to Our Newsletter
Top