As you know, Sixty and Me is a non-partisan website. We have over 500,000 women in our community from all walks of life. We have different political views, come from a variety of backgrounds and follow many religions. In our own way, we all want to make the world a better place for our grandkids.

As the leader of this community, you should know that, even if I don’t agree with you on a particular issue, I respect you. I have nothing but love and kindness in my heart for you.

Yesterday, I posted an article to Sixty and Me in which I discussed the importance of accepting the election results and, more importantly, each other. In it, I urged the women in our community to remember what we have in common. I also said that we should dig deeper to understand the reasons that our friends and colleagues voted the way they did.

America Belongs to Us, Not the Politicians

While I stand by everything that I said yesterday, I wanted to clarify one important point. Accepting the results of the election is not the same as accepting defeat. Given the controversial nature of this campaign, it is more important than ever that we stand up for what we believe in.

This applies to Trump supporters as much as it does for Clinton supporters. So, I would like to take a few minutes to offer some advice to the women in each of these two groups.

To the Trump Supporters… Be Good Winners

Trump was an unconventional candidate. Part of the reason that he won the election was that he appealed to voters who felt like they didn’t have a voice. His supporters were not ignorant or racist as some on the other side claimed. They were hard-working people with legitimate fears.

That said, it’s hard to imagine a person who agreed with Trump on every point. I suspect that there are many voters out there, especially women, who disagreed with many of his comments, but, who voted for him because they felt that he offered economic hope.

My advice to all the Trump supporters is to be selective with your support. Don’t feel like you need to get behind Trump on every issue just because you voted for him. Right now, there is talk of “a mandate” for the Trump presidency. As the discussion unfolds, people are claiming that Trump now has permission – or even an obligation – to do everything that he talked about during the election.

Don’t let Trump get away with doing things in your name that you are not comfortable with. If you see him stepping over the line, raise your voice. Trump, more than anyone, understands your power. Don’t accept everything just because you voted for something.

Don’t accept everything just because you voted for something.

To the Clinton Supporters… Don’t Give Up

I had to reach for a tissue more than once yesterday as I read through your comments about the election. Some women in the community were worried about what would happen to the LGBT people in their families. Others were concerned for their Muslim or Hispanic friends and neighbors. Still others lamented what may be the end of America’s fight against global warming. Given the rhetoric during the campaign, these are all legitimate concerns.

If your candidate lost this round, I have some advice – don’t give up! The GOP now has control of Congress, the presidency and, most likely, the Supreme Court. The only true check on the power of Donald Trump, for better or for worse, is YOU!

Never forget that accepting the results of the election, which all of us have an obligation to do as American citizens, is not the same as accepting defeat. In fact, I would argue that it is more important than ever for you to organize and support the causes that you believe in.

America is a great country. It was great before Donald Trump ran for president. It will be great four years from now.

For better or for worse, Donald Trump would never have been president if it wasn’t for these factors. For some, he represents hope. For others, he represents fear. Regardless of what you feel about our new president, it doesn’t change the fact that this is YOUR country.

Let’s be clear about one thing. Real change doesn’t start with the politicians. It starts with us.

Regardless of who you supported in this year’s election, now is the time to get involved. Reach out to your friends and neighbors – especially those who have different political perspectives than you – and get to know them. Listen. Try to understand where they are coming from. Get involved in causes that you care about. Be passionate and caring.

America needs you more than ever.

What hopes do you have for the next 4 years? How are you going to make a difference in the world? Do you agree that it is more important than ever for us to reach out to people who disagree with us… not to change them, but, to understand them? Please join the conversation. 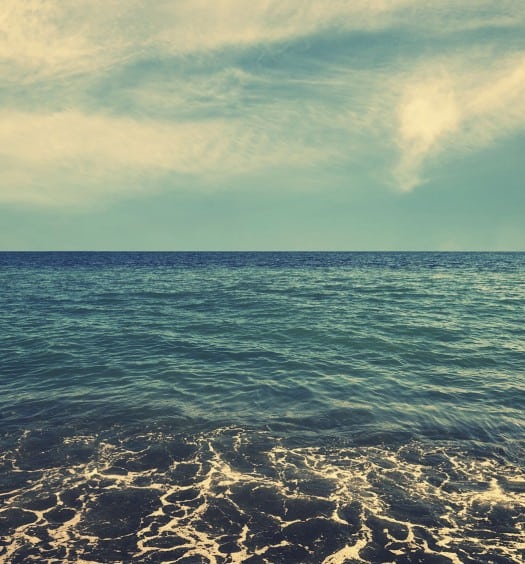 Is Salt Water Really the Cure for All Life’s Problems?

Read More
Is Salt Water Really the Cure for All Life’s Problems?
Subscribe to Our Newsletter
Top