Fashion Over 50: 5 Magical Ways to Transform an Outfit with Scarves (French Inspiration!)

What thought first comes to mind when someone says the word scarf? Do you picture a movie star in a convertible car tying one on her head to keep her hair in place? Or does your mind bring up the stereotypical picture of a housewife, hair in curlers, covered with a scarf? Do scarves make you think of something worn only in the dead of winter to stave off the cold?

You can throw out those old-fashioned ideas about what a scarf is as Margaret interviews a guest who has a true passion for anything and everything to do with scarves.

Josephine Lawlan, long-time fashion consultant and owner of the fashion website Chic at Any Age, as well as her own shop in St. Tropez, France, talks with Margaret about scarves and how you can use them to create bold and beautiful new outfits.

How Josephine Became a Scarf Fanatic

After visiting St. Tropez for many years to enjoy the café’s and shops, she found herself being drawn to the beautiful scarves that were sold there. She began buying a few and it never failed, no matter what scarf she wore or used, she received compliments. Most people wanted to know where she bought them and commented on how creatively she used the scarf with her outfit. Josephine decided to open her own scarf shop and feature them on her website.

Wearing a plain white t-shirt, Josephine demonstrates how a brightly colored scarf simply draped around the neck, transforms the previously un-imaginative and boring white shirt into a beautiful wardrobe piece.

Josephine says that the French don’t usually bother with fancy knots or intricate folds, they are most casual about simply tossing a scarf over whatever they are wearing and occasionally using them as a shawl.

Change Up Your Travel Wardrobe

To save space, Margaret says that she often packs only a few pieces of dark or neutral colored clothing, but a half dozen or more scarves. This way, she can create a new look without taking up much space.

Margaret also shares that she sometimes decorates her room with her scarves when she travels, which sounds like a fun and creative way to spice up the typical hotel or cruise room.

One of Josephine’s most popular looks is called the necklace fold or necklace knot. Taking a long scarf, simply tie a few knots down the length of it. Then wrap it around your neck and tie it in the back for a “necklace” made from a scarf.

You can also use this same technique to make a headband to cover your hair on those bad hair days or wrap it around your waist for an instant belt. The possibilities are as varied as scarves are!

A Variety of Tying and Folding Techniques

Josephine demonstrates several ways to wear and tie different scarves to create different looks. She says that the hottest scarves right now are leopard prints. While you might not want to purchase a leopard print dress or jacket, a scarf can add that touch of modern style without being overwhelming.

Simply by wrapping a large, leopard print scarf around the neck and shoulders, then securing it in place with a belt, you’ve created a top that is simply stunning.

While large or long scarves are more common, Margaret shows a few of the shorter scarves, even some that have clips attached to place them on your handbag or attached to a belt loop.

This video interview showed off so many beautiful scarves, it’s easy to see why this age-old wardrobe item has remained incredibly popular!

What is your favorite way to tie a long scarf? What are some of your creative ways of using shorter scarves as fashion accessories? How do you store your scarf collection? Let’s have a conversation about scarves! 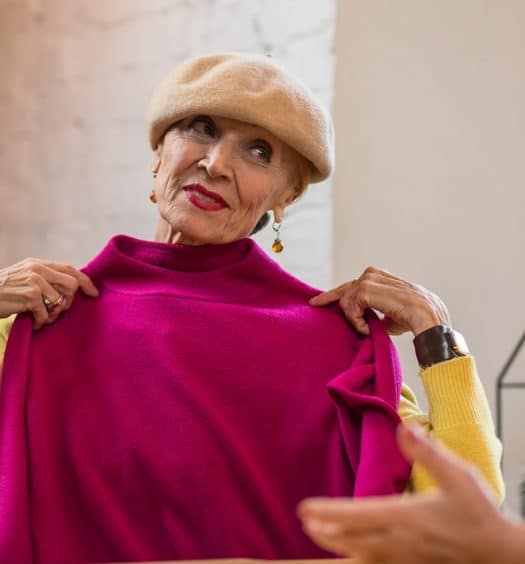 1 week ago
InterviewsMakeup and Fashion

Frugal (and Fun!) Fashion Over 60: How to Spend Less and Reuse More!

Read More
Frugal (and Fun!) Fashion Over 60: How to Spend Less and Reuse More! 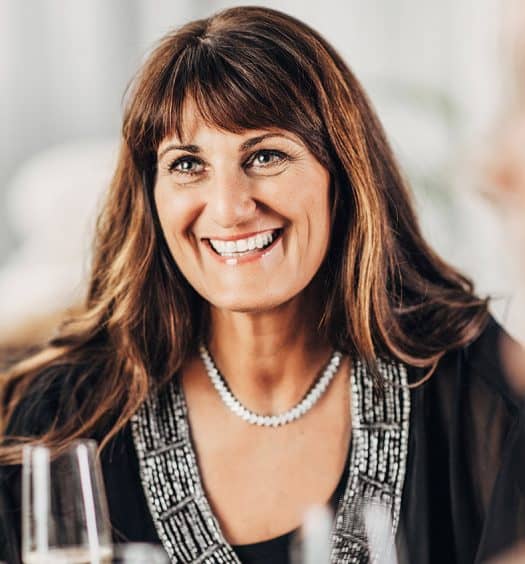 3 Ways to Add Some Sparkle to Your Holiday Fashion Choices