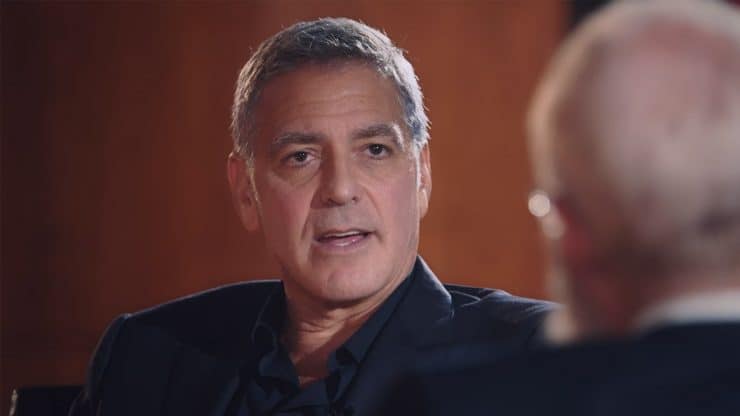 Happy 57th Birthday, George Clooney! Your Family Must Be So Proud of You!

When you think of George Clooney, what words pop into your mind? If you are like most women, “sexy,” “talented” and “rich” are probably pretty high up on the list.

Two words that probably don’t pop into your had are “family man.” In reality, at are 57, George Clooney has made it clear that his family is the most important thing in his life.

So, today, I want to take a second to wish George Clooney a very happy 57th birthday. And, I would also like to recognize the important role that he says his family plays in his life.

Happy 57th birthday, George Clooney! We’re sure your family is so proud of you!

Actors are masters of inspiring emotions in others. But, we don’t often get to see in the other direction. Protected by their publicists, managers and friends, most celebrities don’t show their real selves to the camera. We always see an act… the mask that they want us to see.

This, in my opinion, is why the new Netflix show, Next Guest Needs No Introduction with David Letterman, is so powerful.

I don’t know what it is about this show that brings out the authenticity in its guests. The first episode that I watched was with President Barack Obama. It was powerful, honest and intriguing.

From the clips that I have seen, the interview with George Clooney seems just as authentic.

In a recent episode of Next Guest Needs No Introduction with David Letterman, George Clooney talks a lot about his family.

George Clooney Shares His Love for His Wife and Twins

He explains that he didn’t understand the idea of being willing to give your life for someone until he met his wife, Amal. Now, he feels that he would give his life for her or their twins. As a mother, I can completely understand where he is coming from.

In his own words, Clooney said, “Before I had the twins, I felt that about (Amal). I felt that I had met someone who I would absolutely trade my life for.”

Amal and George Clooney’s twins, Ella and Alexander Clooney were born on June 6, 2017 in St. Mary’s Hospital in London.

Clooney Also Shares Details About His Courtship with Amal

I’ve always thought that it must be difficult to find true love as a celebrity. After all, you never know whether the people who want to spend time with you are after your money, fame or something deeper.

Well, in George Clooney’s case, the old fashioned approach proved to be the charm… he was introduced to Amal by a friend. The story is actually quite human and more than a little sweet. So, rather than describing it here, I’ll let George speak for himself.

Here is George Clooney’s story of how he met his wife.

If you haven’t had a chance to check out Next Guest Needs No Introduction with David Letterman, I highly recommend it. Is it as exciting as some of Netflix’s other shows? No. But, does it provide a fascinating look into the lives of some of the most famous people in America, including George Clooney? Absolutely!

Patti LaBelle Loves Being a Grandmother – Especially During the Holidays!...

Read More
Patti LaBelle Loves Being a Grandmother – Especially During the Holidays!
Subscribe to Our Newsletter
Top