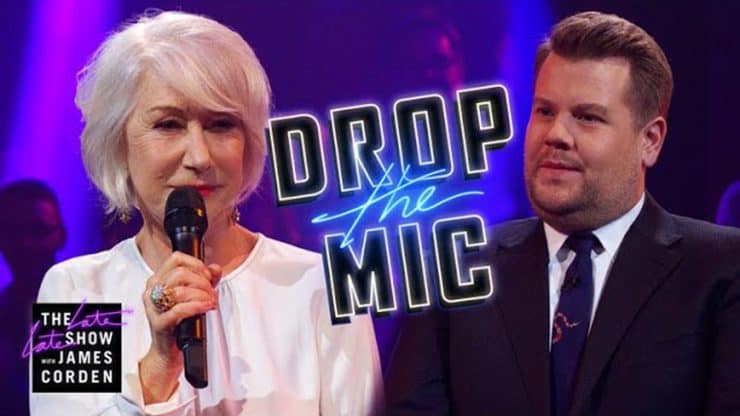 We all know that Helen Mirren has a way with words. Her role in The Queen (2006) won her an Oscar for Best Supporting Actress. Off the screen, she has used her powerful voice to fight abuse, poverty and hunger. She has also been a tenacious supporter of women’s and senior citizen’s rights.

What you may not know about Helen Mirren is that she can pull together one heck of a rap verse! I’m being serious. On a recent episode of “Drop the Mic” on CBS’ The Late Show, Helen Mirren took on comedy favorite, James Corden. The results were electric!

By the end of the contest, she sent James Corden crawling back to school!

Kicking off the battle, Corden attempted to intimidate Mirren by strolling in and throwing his silver jacket on the floor.

She wasn’t having any of it. Completely unphased, Mirren glided through the audience, wearing a red silk robe and a crown. She gave her best royal wave as she approached the battlefield. The game was on!

Corden told Mirren that he was king of the studio and dove into his first verse.

“I’m the one you should fear, wherever you go.

If I’m a pain in your ass, there’s a lot of room to grow.

You stand up, not for games or banter.

Other shows do comedy, you just pander.

You thought you could beat me,

Just Show Me the Video!

I could go on, but, I think that it would be more entertaining for you to watch the master in action. Here’s the video of Helen Mirren in a fight-to-the-death rap battle with James Corden. I hope that you find it amusing!

Personally, I just love the fact that Helen Mirren has continued to stay relevant, sexy, powerful and opinionated for decades. She is living proof that aging gracefully does not have to mean aging quietly! 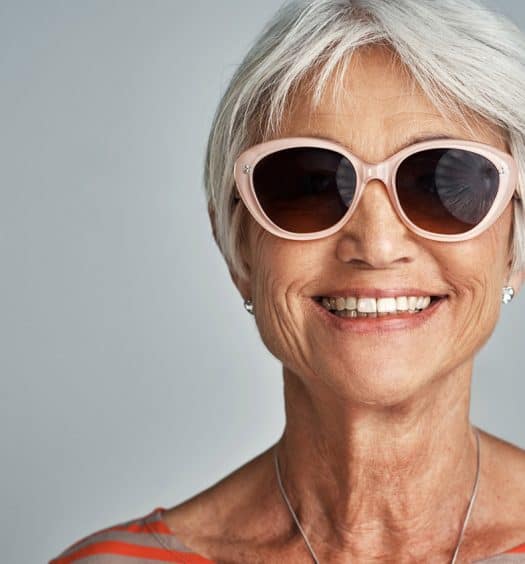 Need One More Reason to Be Positive? it May Fight Off Dementia!

Read More
Need One More Reason to Be Positive? it May Fight Off Dementia!
Subscribe to Our Newsletter
Top