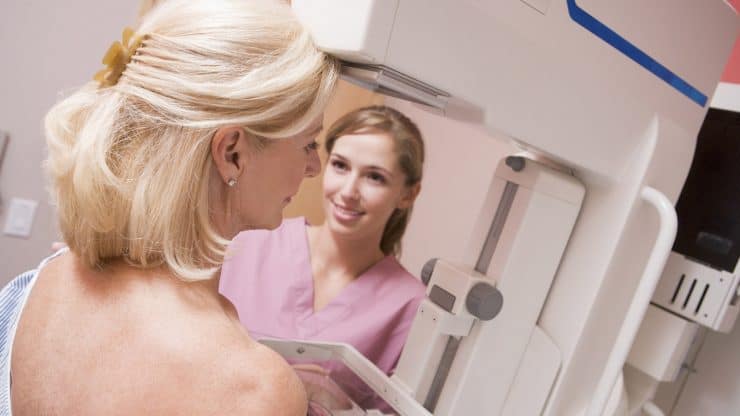 How to Make Getting a Mammogram a More Positive Experience

Many women I know have stopped getting an annual mammogram even though they are growing older and the risk of breast cancer increases as you age. I am not sure why they make this decision. Perhaps they think, “Well, I haven’t gotten it yet, so it’s unlikely I will.” Of course, that’s not true.

I am sure that some would rather avoid the test than face the results. Some are worried about radiation exposure. Some believe the newer methods, such as thermography, ultrasound and digital mammography provide equal or better diagnostics without the embarrassment and pain.

From Melons to Crepes

There are other options than an analog mammogram – ones that do not involve squashing the breasts from melons to crepes.

Still, all the articles and research I have read say that analog mammograms, which actually use minimal radiation, are more effective in finding cancers at an earlier stage than the other methods, especially for ‘dense’ breasts like mine.

It is a painful – or at the very least, uncomfortable – procedure. I have often found it excruciatingly painful, so much that I call it my annual torture test.

I believe the mammogram was developed by a sadistic man. No woman would invent a machine that requires putting a sensitive part of her body between two large, plastic plates and compacting them by force as flat as they can possibly go.

Imagine a similar test for testicular cancer, squishing a man’s junk until he thinks it will never return to its natural shape. No man would put himself through that. And you can bet if men needed to do this, insurance would pay for a painless alternative.

How Often Should You Get a Mammogram?

And yet, I have been voluntarily submitting myself for the regular torture test for 35 years. Every. Single. Year.

I began getting an annual mammogram when I turned 30 because two aunts – one maternal and one paternal – had breast cancer when they were young. I wanted to make sure I would live to see my daughter grow up.

The current guidelines say a woman of my age can get a mammogram every two years. But how would I remember when to have it? I would surely think, “Is this the year for my mammogram? Or did I have it last year?”

I now schedule it annually in my birthday month so I can remember that it’s time for it. Besides, some women I know have complied with this recommended mammogram schedule, and before the two-year mark arrives, find that they have a cancer that has spread so rapidly there is no hope of beating it.

I don’t want that to be me.

Even if the other tests were equally effective, I wouldn’t get them instead of a mammogram because my insurance won’t pay for digital mammography or thermography. I’d rather suffer a few minutes of pain and indignity than pay another $120 for a medical test. I have enough medical expenses as I age.

Over the years, the technicians have suggested ways to minimize the pain, including avoiding caffeine for a week before the test. I think they simply want you to be asleep during the test so you don’t know what’s coming.

Avoiding caffeine has never reduced the pain for me even if I’m asleep. It does help to take a pain reliever before going to the test. And having a qualified, experienced technician is critical.

When I had my test this year, I asked why they don’t heat the plastic plates. The plates are quite cold, which increases the discomfort.

The technician said they had tried various ways to do it and found that the results were distorted and they were chided by superiors who thought they might break the expensive equipment.

The cape I was given to wear had one snap in the front and was open to the waist. It looked a bit like a hair stylist’s cape, with no sleeves, and it was thin and wimpy. It didn’t cover much, which didn’t matter because the technician simply flipped it out of the way to get at my breasts.

I was cold and exposed, but the technician was good at her job and had my test completed in no time. (I need to remember to ask for Tammy next year!)

Do you get an annual mammogram? Or do you use one of the newer methods for breast cancer detection? Can you think of a way to make the whole experience less distressing? Please share any information that may be helpful for women around the world.

Lois Carter Crawford is a freelance editor, writer and blogger. She loves to cook, talk about food and share her recipes on Recipe Idea Shop. Each of her recipe blog posts includes a nutrition label and a photo of the finished recipe. Crawford is also coauthor of Secrets of the Softer Side of Selling http://www.softersideofselling.com, a sales training book. Subscribe to her free weekly email recipe newsletter at http://recipeideashop.com. 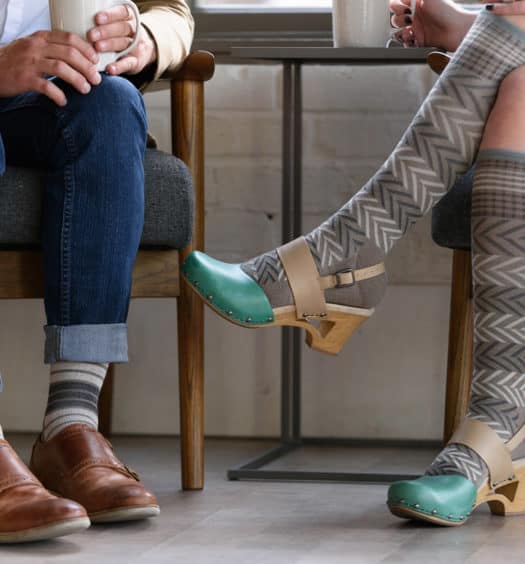 How Compression Socks Can (Fashionably) Improve Your Life After 50!

Read More
How Compression Socks Can (Fashionably) Improve Your Life After 50! 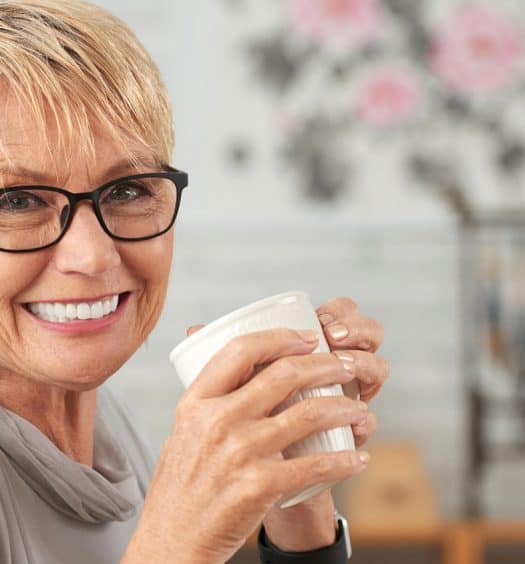 4 weeks ago
Health and Fitness

How Changing My Morning Routine Changed My Life Forever