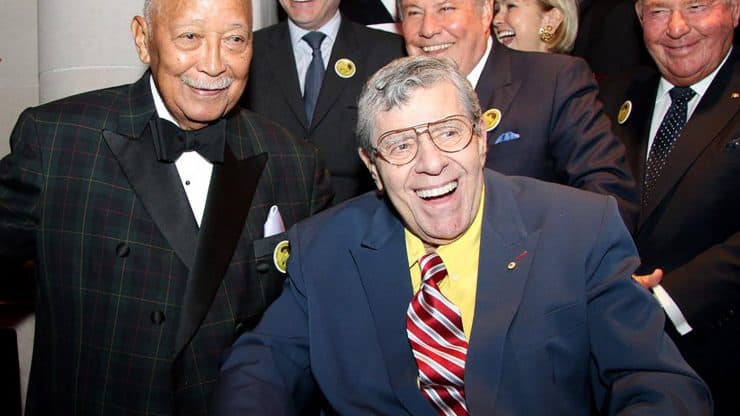 We all know Jerry Lewis. He was the Nutty Professor, The Bellboy, the face of the MDA Telethon. But there was much more to the man with many voices, many personas, and many talents. Jerry Lewis was a man of many layers.

Born in 1926 to a pair of aspiring vaudeville performers in New Jersey, Jerry Lewis (born Jerome or Joseph Levitch) joined the family show at age 5, singing in nightclubs in the Catskill Mountains. When his parents left on tour, young Lewis was often bounced around among family members, creating in him a sense of insecurity and desperate desire for attention and affection, according to the New York Times.

In 1938, his father landed an extended gig at a hotel in New Jersey and Lewis was allowed to go with him. With the help of the hotel owner’s daughter, he created a comedy act in which they lip-synced to popular songs. His wish to be noticed was granted but little could he have known where this talent would take him.

By the time he was sixteen years old, Lewis had dropped out of school and took his “record act” on the show, now miming and mouthing the lyrics to operatic and popular radio tunes, rewarding him with laughs and attention.

At the age of 19, Lewis met a singer named Dean Martin while both were performing at a club in New York City. Their after-show antics were a hit and prompted Lewis to convince a future gig’s club owner to bring in Martin when another act failed to show. The new act of Martin and Lewis was a smashing success, launching the careers of both men and birthing the greatest partnership in American show business, according to Lewis’s online biography.

The pair continued to perform in clubs such as the Copacobana, landing their own radio comedy show, and were discovered by Paramount producer Hal Wallis, resulting in their silver screen debut in My Friend Irma in 1949.

Ten years later, Martin and Lewis had made 16 films together and appeared on multiple television shows.

What made Martin and Lewis so popular was the unlikelihood of their characters’ relationship onscreen. Martin was always the smooth, confident, debonair yin to Lewis’s lanky, awkward, clumsy yang. The comedy they produced was nothing that the world had ever seen before and following the heartache of World War II, the silliness and laughter they brought were a soothing balm of relief.

As often occurs in Hollywood, fame and fortune began to take its toll on the dynamic duo and they parted ways in 1956. Lewis’s unyielding desire for success and notoriety created an ego that drove a wedge between the talented twosome.

Lewis went on to write, direct, and act in dozens of movies. The first movie he directed was the 1960 hit The Bellboy.

The Inventor, Teacher, and Philanthropist

With titles such as actor, comedian, director, writer, and producer under his belt, Lewis went on to add inventor, teacher, and philanthropist to his resume.

In 1960, Lewis was directing his own film and was tired of being held back by the 24 hours that it took then to develop the day’s film, so he invented the “video assist” technology that directors still use today to view film on location.

He also taught graduate film courses at the University of California, teaching such notable students as Steven Spielberg and George Lucas.

While Lewis did leave retirement to make a few more films later in life, he is probably most known in recent years for his 44-year stint hosting the annual MDA Telethon, raising over $1 billion for the Muscular Dystrophy Association. The star-studded yearly televised event also featured children suffering from muscular dystrophy, known as “Jerry’s kids” which helped change the way Americans thought about people with disabilities while increasing aware of the disease and research to find a cure.

The King of Comedy

By the 1970s, Jerry Lewis seemed to be losing his golden touch. He created a film that he deemed unworthy to ever show publicly. He starred in a failed Broadway show. His first wife filed for divorce. And his ambitious plan for Jerry Lewis Cinemas flopped, leading him to file for bankruptcy in 1981.

But in 1982, Lewis got it right. He starred alongside Robert DeNiro and Sandra Bernhard in Martin Scorsese’s satirical black comedy film, The King of Comedy.

Tim Grierson, writer for Rolling Stone said that Lewis’s “own psyche was fed directly into the movie’s black heart”. He had spent the majority of his life trying to prove himself, trying to get attention, trying to find purpose without ever feeling satisfied which paralleled the “waves of neediness, despair, and paranoia coursing through that prickly black comedy.”

Lewis was married to his first wife, Patti, for 36 years and they raised six sons together. Later he married SanDee Pitnick and together they adopter a daughter when he was 66 years old.

Jerry Lewis died in his Las Vegas home on August 20, 2017 at the age of 91. Those who knew him have called him a mercurial man, a complex man, a true comedic genius, and an entertainment icon. Fans and friends alike will always remember the way he made us laugh.

What was your favorite Jerry Lewis film? Do you have a memory of seeing one of his films that stands out? Please join the conversation! 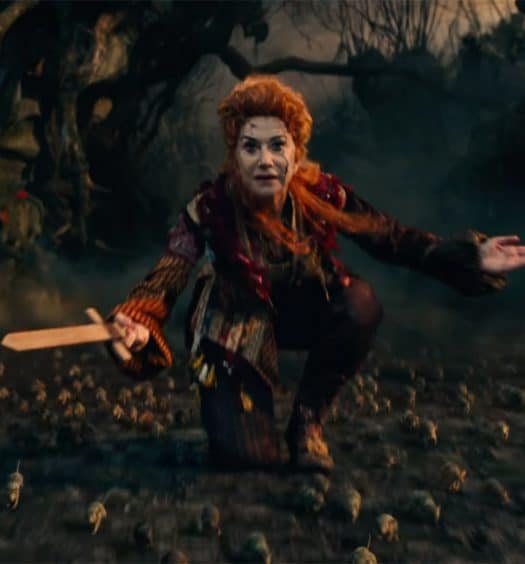 Helen Mirren and Morgan Freeman Appear Together in “The Nutcracker and the ...

Read More
What’s New in Your World? August 27, 2018
Subscribe to Our Newsletter
Top