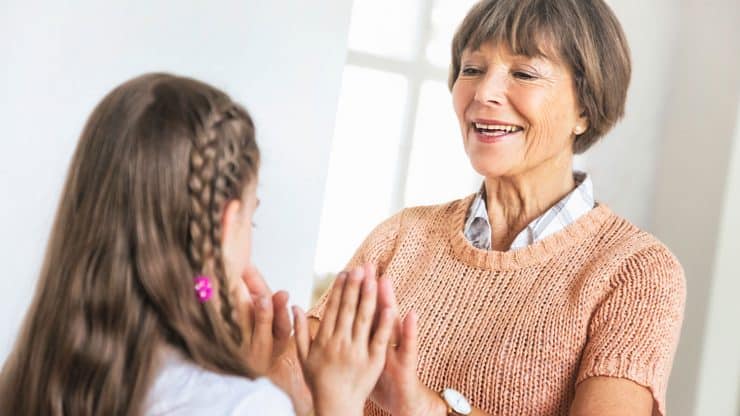 Our Grandkids Are Overstimulated! Let’s Embrace Simple Games for Kids

Sirens blazed and sailors dove for cover as the torpedo exploded less than 50 yards from the port side of the massive battleship, the USS Silver Surfer. The Admiral of the attacking fleet muttered something under her breath, straightened her pink Hello Kitty top and popped another gummy bear in her mouth. It had already been a tough morning… and it was about to get worse!

At age 65, her opponent was an experienced strategist. She had also spent years studying her opponent. She knew her habits, favorite foods and even the cartoons that she liked to watch on TV. She was ready for anything.

Simple Games for Kids – All You Need is Pen and Paper

I couldn’t help imaging this exchange as I watched a little girl and her grandma playing Battleship on the train a few days ago. In a world filled with blinking lights and computer screens, it was so refreshing to see two generations enjoying such a simple game.

Even better, this little girl and her grandma weren’t even playing the “real” Battleship, with its plastic torpedoes and tiny boats. They had simply printed off a Battleship board from the Internet and were using pent and paper to keep track of their scores. How wonderful!

Are Our Grandkids Overstimulated?

As I watched their battle unfold, it made me think about just how overstimulated kids are these days. Before they can even talk, children are surrounded by toy firetrucks, complete with red flashing lights and little sirens. A few years later, TV and video games become their babysitters. As teenagers, our grandkids are quite literally inseparable from their mobile phones.

Over the years, like many moms, I learned that kids operate in a world of comparisons. Peas are tasty… until fried chicken is available. Fried chicken is tasty… until chocolate cake is waiting in the fridge for desert. The same logic applies to entertainment.

Let me give you a quick example. A few weeks ago, I was as my son’s house. His 8-year-old niece was staying at his place, while her mom attended a conference in Austria.

After she finished painting, his niece asked if she could play with the iPad. My son told her that, unfortunately, the iPad was out of battery (it wasn’t) and that she would need to find something else to do. He then offered to teach her Sudoku and printed out a couple of kid-friendly games from the Internet.

At first, she grumbled… something about “stupid Sokudo” and wanting to play Angry Birds. But, once she realized that Sudoku was the only option on the menu, she got right into it. An hour later, she was happily filling out the Sudoku boards by herself. It was a beautiful thing to see.

Is Technology Always Bad for Kids? Of Course Not!

To be clear, I’m not saying that technology is always bad for kids. Quite the contrary. I am excited that children today have the world’s information at their fingertips. Even videogames, so often demonized by the media, have been shown to improve hand-eye coordination and problem solving skills.

At the same time, it occurs to me that we shouldn’t allow technology to take over every part of our grandkids’ lives. After all, our brains are the most powerful tools we will ever own. When we outsource our imagination and put our free time on autopilot, we lose part of what makes us human.

The next time I see my granddaughter, I am definitely going to try some simple games. She probably won’t be able to defeat me at chess, but, I’m pretty certain that she will sink my battleship!

What simple games for kids do you enjoy playing with your grandchildren? Do you find that kids today tend to be a bit overstimulated? What activities do you do with your grandkids? Please join the conversation. 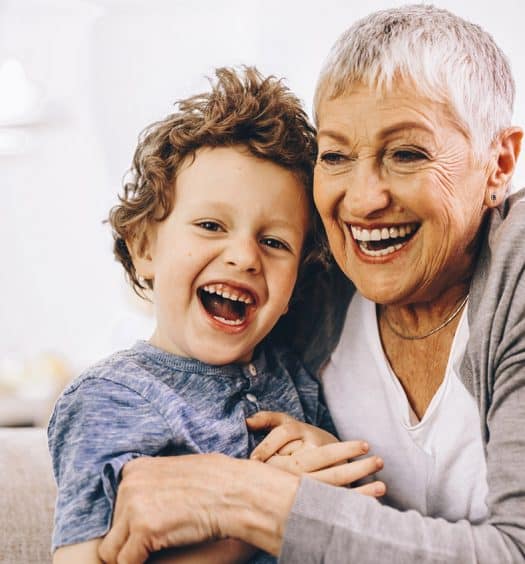 Are you Spoiling Your Grandchildren or Just Showing Them Extra Love?

Read More
Are you Spoiling Your Grandchildren or Just Showing Them Extra Love?

8 Things I Learned When Building My Granddaughter’s Doll House