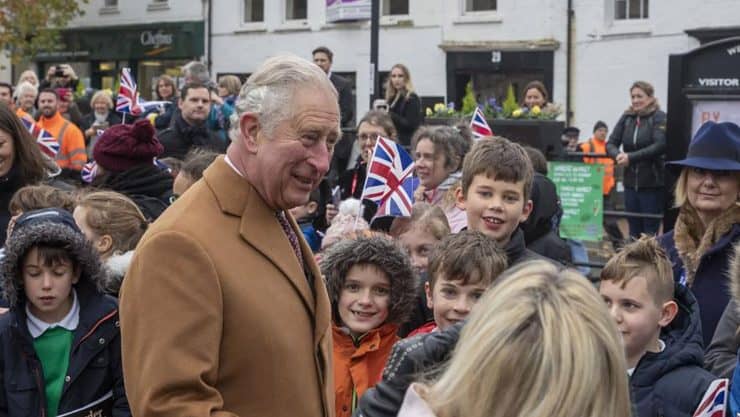 Prince Charles, 70, Is Really Just a Big Kid at Heart

And while the heir to the throne has certainly proved that he knows how enjoy the finer things in life, when it comes to being a grandfather, Prince Charles, 70, has no problem forgoing all formality and reconnecting with his inner child.

While Prince Charles certainly has plenty of responsibilities to fulfill being the heir to the throne and a primary member of the Royal Family, the one responsibility that he seems to enjoy above all of the rest is that of grandfather.

In the new BBC documentary, Prince, Son and Heir: Charles at 70, Prince Charles’ wife, Camilla Parker Bowles speaks highly of her husband’s role as a grandfather, saying, “My grandchildren adore him. [Charles] will crawl about with them for hours, making funny noises and laughing.”

It seems though that it might not be all fun and games for Prince Charles as he recently told a young mother and guest at a royal event, “My grandchildren wear me out. I don’t know how you do it,” implying that while he may feel like a kid at heart, all the rough-housing with his eldest grandchildren, Prince George, 5, and Princess Charlotte, 3, may be catching up with him physically.

Or, perhaps the combination of working so hard and trying to spend time with his grandchildren is beginning to take a toll on Prince Charles. This is a sentiment that his son, Prince William, believes to be true as he commented in the BBC documentary that he would like his father to slow down, saying, “I would like him to have more time with the children. Having more time with him at home would be lovely, and being able to, you know, play around with the grandchildren. When he’s there, he’s brilliant, but we need him there as much as possible.”

However, based on comments made by Bowles, it does seem that Prince Charles is slightly better at managing his time spent working and his time spent with family nowadays compared to how he did when his own sons were young. According to his youngest son, Prince Harry, his father used to eat dinner “ridiculously late at night, and then goes to his desk later that night and will fall asleep on his notes.”

Hopefully Prince Charles is no longer falling asleep on his desk anymore because with his third grandchild, Prince Louis, who is currently only 7 months old, walking soon and a fourth grandchild on the way, due in Spring 2019, it would seem that he may need to cut back even more at work in order to save up his energy for being a grandfather!

After all, time spent with family is the most valuable and precious time there is!

How do you balance your work life and family life? What tips would you give Prince Charles for slowing down and focusing on his family, if you could? Share your thoughts and join the conversation below!

Read More
What’s New in Your World? August 25, 2018
Subscribe to Our Newsletter
Top