According to most experts, splitting your attention between two business ideas is a recipe for disaster. Focus, they insist, is the name of the game when it comes to starting a business.

For the most part, I agree with this recommendation. When you find a potential gold deposit, it makes sense to mine it until you discover its potential. You don’t want to spread yourself too thin, digging holes all over the mountain, until you have fully assessed your first opportunity.

That said, I recently came across a scenario in which I believe that it is appropriate to focus on more than one business opportunity at a time. As always, I’d love to get your perspective on this. So, once I explain the situation, please join in the discussion in the comments section at the end of this article. I’d love to get your feedback!

Can Too Many Business Ideas Be a Bad Thing?

When I started Sixty and Me, several years ago, my vision was that the company would become a “hub” for my other business ideas. I knew that the needs of older adults weren’t being met by the market, but, I didn’t know which product ideas to develop. So, I took the somewhat unconventional approach of building a community first. 500,000 members later, I finally felt like I understood where the opportunities were to be found.

There was only one problem – I suddenly found myself with too many ideas! Everywhere I looked, I saw unfilled needs. I was considering building a media company focused exclusively on cruising. I was looking at the possibility of starting an online video show focused exclusively on fashion, makeup and skincare products for older women. I was even considering developing a series of video courses to help people over 50 to achieve financial independence before and during retirement. These were just a few of the directions that I felt I needed to choose from.

So, I did what the experts tell you to do. I did my market research. I created a decision matrix, ranking the potential of each idea according to revenue potential, strategic fit, difficulty, competition and several other factors. And, of course, I talked with the other founders of Sixty and Me to see which direction they thought we should go in next.

The result? Absolute paralysis. After more than 5 years crushing it with Sixty and Me, we couldn’t decide which business idea to focus on next. We didn’t question the assumption that focusing on one business idea at a time is an optimal strategy. So, we just sat there, trying to figure out which idea to work on first. 3 months later, we hadn’t started on any of the business ideas that we had brainstormed.

The Funny Relationship Between Fear and Focus

The more I thought about it, the more I realized that fear was preventing us from picking an idea and moving forward with it. Since all of the ideas had merit, I was afraid to make a mistake by one over the others.

Of course, it’s easy to say, “Just pick one and go for it,” but, when your financial future is on the line, this is easier said than done!

So, after months of indecision, I made an unconventional choice; I decided just to move forward with each idea independently.

Splitting Your Focus is Not the Same as Multitasking

Over the next few days, my team and I decided on the three business ideas with the highest potential. Then, we each agreed to allocate a certain amount of time each day to move each idea forward. At the end of the week, we would sit down to review our progress on each new venture.

Now, I have no idea how many of these ideas we will still be working on a year from now. It is possible that we will be forced to bring in outside help if all three ideas continue to develop. It is equally possible that one idea will gain traction before the others and will consume the bulk of our time to the detriment of the remaining ideas.

If this second scenario comes to pass, I can imagine putting the remaining two ideas on hold so that we can focus on the one with the most potential.

Regardless of what happens, one things is clear – allowing ourselves to split our focus between these three ideas has broken the cycle of paralysis and over-analysis that we have been stuck in for so many weeks. We are now firing on all cylinders again and it feels wonderful.

I want to be clear about one thing – splitting your focus is not the same as multitasking. In order to pull this off, we are being extremely disciplined with our schedules. This means allocating focus time for each idea every day. Once a time-slot for a particular idea has passed, we move on to the next idea. No exceptions.

How do you know if a business idea has potential? Should you write a business plan? Do a competitive analysis? Create a decision matrix? Perhaps. But, I would argue that simply building a minimum viable product (MVP) and getting it in front of your potential customers is a better way to go.

If you feel paralyzed by too many ideas, why not move forward on multiple fronts simultaneously? You’re not a big company. The worst that could happen is that you may need to abandon one of your ideas in favor of another.

At the very least, you will get a feeling fairly quickly for which one you enjoy working on the most. And, this could be the greatest indication of all regarding your potential future success!

How do you choose between different business ideas? Do you agree that there are times when focusing on multiple business opportunities at the same time makes sense? Please join the conversation!

World to Retirees: You’re on Your Own! (Here’s How to Take Control!)...

Read More
World to Retirees: You’re on Your Own! (Here’s How to Take Control!) 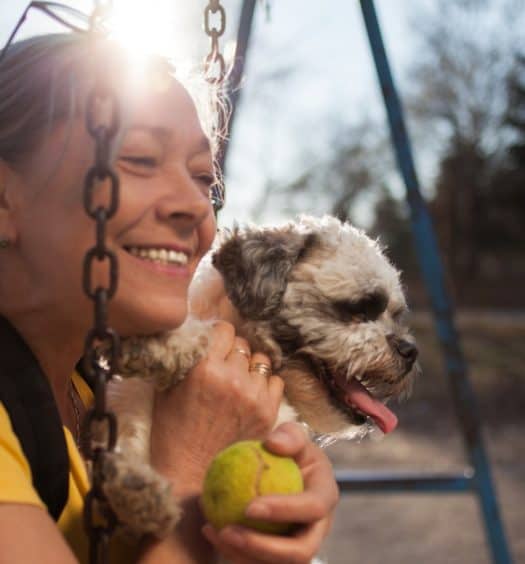 7 “Jobs for Teens” that Are Actually Great “Jobs for Seniors!”

Read More
7 “Jobs for Teens” that Are Actually Great “Jobs for Seniors!”
Subscribe to Our Newsletter
Top