Common Scams Targeting the Elderly and How to Avoid Them

Elderly people face all of the same scams as everyone else, but some scams disproportionately affect the older generations. Many of these fall under the umbrella of elder fraud – the misappropriation or abuse of financial control in a relationship where there is an expectation of trust, resulting in harm to an elderly victim.

Elder fraud is vastly underreported, according to a study by Comparitech. The study estimates 5 million cases of elder fraud occur in the US alone each year, resulting in $27.4 billion in losses. This means that 38 percent of fraud cases target the elderly.

But what makes older people susceptible to fraud? What sorts of scams target the elderly, and what can seniors do to avoid these scams?

Seniors Are Attractive Targets for Scammers

A number of factors contribute to elderly people’s susceptibility to certain types of fraud, including:

Many seniors don’t have close friends or family they can talk to about day-to-day life. This can make them more willing to continue a conversation with a potential scammer. They might not have anyone to run things by to get a second opinion. And if they fall victim to a scam, they are less likely to tell anyone about it.

Good Credit and Lots of Money

Older people have six times as much cash as younger people on average and often have strong, well-established credit scores. This makes them enticing targets for criminals.

Seniors didn’t grow up with smartphones and the Internet and tend to be less active online. As the technological world continues to advance at a rapid clip, it can be tough for seniors to learn and keep up with digital hygiene.

Many seniors face similar issues: health concerns, retirement security, caring for loved ones, and loneliness. Scammers can craft their messages to address these issues while still casting a wide net to lure in a large number of potential victims.

Urgency is a common thread in almost all scams.

Scammers try to instill a sense of urgency in their victims. They will create some sort of deadline in order to make you rush to a decision. They do this because it works; people who react without thinking things through tend to make mistakes.

So, if you feel rushed to make any move involving money or private information, stop. Take a breath. Take in what is happening and analyze the situation. Do not let others make decisions for you.

Keep that in mind as you read through some of these types of scams. It’s easy to fool yourself into thinking you would never fall for such obvious ploys, but when in a hurry, we all tend to let our guard down.

Below we describe the types of scams that usually target seniors:

Advance fee scams take many forms but follow a simple pattern: scammers ask for an up-front payment in return for a greater reward down the road.

Many seniors have money to invest but, grimly, not a lot of time to wait for investments to mature. Because of this, they tend to be drawn to short-term investments, which is where fraudsters focus their efforts.

In the usual scenario, the scammer claims that the victim has won a large sum of money, but a smaller amount has to be paid in order to claim it. Scammers tell victims the fee is meant to cover transfer fees or taxes, for example.

The scammer will tell you someone has died, and you are entitled to some amount of money according to their will, but you must first pay a fee to release the funds.

The sunk cost fallacy plays a strong role in advanced fee scams, as victims continue to give money in the hopes that their initial investment was a wise one.

In reality, all of the money is pocketed by scammers.

How to Spot Advance Fee Scams

There are a few ways to spot and avoid advance fee scams.

First of all, any investments you make should be proactive, not reactive. You should actively seek out investments based on your own research, and avoid giving into sales pitches from solicitors approaching you with “opportunities.”

In the US, legitimate investment sellers are required to abide by several rules to prevent fraud.

If you didn’t enter a lottery, it’s safe to say you can’t win it.

Scammers will often ask for odd forms of payment, such as cryptocurrencies, wire transfers, and gift cards.

This scam often occurs over the phone though email and social media are also used.

The scammer calls an elderly person, posing as their grandchild. They will complain about being in some sort of emergency situation, and ask that money be sent quickly to help them out of a jam. They might ask for bail money or airfare to get home, for example.

How to Avoid Grandparent Scams

If you’re uncertain as to whether the caller is actually your grandchild or not, take steps to verify their identity. The caller might try to avoid questions by claiming that they don’t have time to answer them. This is a ploy to make you feel rushed and careless.

Be sure to ask questions that can’t be found online. Asking the supposed grandchild for their parents’ names is too easy. Scammers will have such information ready at their disposal. Instead, ask specific questions that only a grandchild would know.

Also, be wary of how they demand payment. Scammers will usually want something that’s difficult to trace or take back. Wire transfers, cryptocurrency, gift cards, and other seemingly odd forms of payment should raise red flags.

Tech support scams take place over the phone and online. Scammers call or message their target posing as Microsoft or another tech company. They will claim that your computer is broken or infected with a virus, and that they must follow their orders to fix it.

They may also tell you that failing to fix the computer will result in lost data, stolen funds, computer damage, or even police intervention.

From there, scammers can try a number of schemes. They may claim to have “fixed” your computer and ask for a fee. They might trick you into installing remote control software or malware so they can hijack your device later.

How to Spot Tech Support Scams

Microsoft and other tech companies will not proactively contact you about your computer problems. If you have a computer problem, you must contact them. So, if someone calls or messages you claiming to be some sort of technician, it’s likely a scam.

Identity theft involves a scammer using your personal information to pose as you in order to reap some financial benefit. They may take out loans, obtain your medical prescriptions, or sign up for services under your name.

When it comes to elder fraud, most identity theft is perpetrated by someone close to the victim, such as a family member or caregiver.

How to Spot Identity Theft

Keep an eye on your bank statements and credit reports. If you see anything suspicious, follow up on it. If you start receiving bills or getting calls from debt collectors that you don’t recognize, that can be a sign of identity theft.

Be sure to keep important documents like your Social Security card in a locked and hidden place. Shred any documents containing personal information before you discard them.

Romance scams prey on seniors who feel isolated and are looking for companionship. These scams most often start online and heavily target women over 50. They usually take place on dating apps or social media.

The scammer poses as a potential love interest and, over time, earns their victim’s trust. Once the victim has been sufficiently groomed, the scammer tests them by asking for money.

It will be a small amount at first. The scammer may say the money is to help a relative, fix their car, or buy their child a birthday present.

From there, the situation escalates.

The scammer might ask for compromising photos or information that they can later use to extort their victim. They start asking for larger amounts of money, piling on excuses as to why they need it. Sometimes scammers ask victims to receive and send packages on their behalf, turning victims into mules.

How to Recognize Romance Scams

The scammer will make all sorts of excuses as to why they can’t meet you in person. They often claim to be in the military or work in other jobs that require frequent travel.

Use a reverse image search to look up suitors’ profile images. Fraudsters often steal photos from real people to use in their scam profiles.

Scammers often work in groups but pose as a single person, so if you notice inconsistencies in tone, grammar, or use of emoticons, that’s a red flag.

Try arranging a video call with the suitor. Scammers will make some excuse, such as a broken camera.

Time is money, so scammers will often shower victims with affection and compliments. “Love bombing” is intended to get victims’ trust up quickly so they will send money sooner.

Never send money, private information, or compromising photos to someone who asks for them before you’ve met in person.

Tax scams take many forms. They usually involve the scammer posing as the IRS. Some of these scams include:

How to Spot and Avoid Tax Scams

File taxes early so no one else can do it in your name.

If a caller requests payment in a specific form, such as a wire transfer, it’s probably a scam. Most tax agencies allow multiple forms of payment.

Know that the IRS (US), HMRC (UK), and CRA (Canada) will not ask for information over email and usually won’t initiate contact over the phone. They will either send snail mail or an email alert letting you know that you have a new message that can be read by logging into your official online account.

Health scams usually take place online and can be extremely dangerous for victims. Here are a few examples of health scams:

How to Avoid Health Scams

Be wary of online pharmacies and other online vendors for medical treatments and equipment. No legitimate online pharmacy will send you emails or call your home if you’re not already a customer.

Many people, seniors included, tend to underestimate scammers. It’s not that their tactics are particularly effective. Most people reading this have spotted and avoided scams before. Instead, people underestimate the persistence of scammers and frequency of these schemes.

Many scams – particularly those on the Internet – are cheap to operate and easy to pull off, and can be carried out without consequence to the scammer even if they are caught.

These factors allow scammers to brazenly target a lot of people in a short span of time, and they only need a tiny fraction of targets to fall victim in order to make a return on their investment.

What do you know about scams? Have you been a target of a scam? Did you recognize it as such? Did you tell anybody about it? Have you fallen victim to a scam? What made you trust the scammer? What advice do you have for others in a similar situation? Please share your thoughts and stories so no woman in our community will feel unprotected from scams. 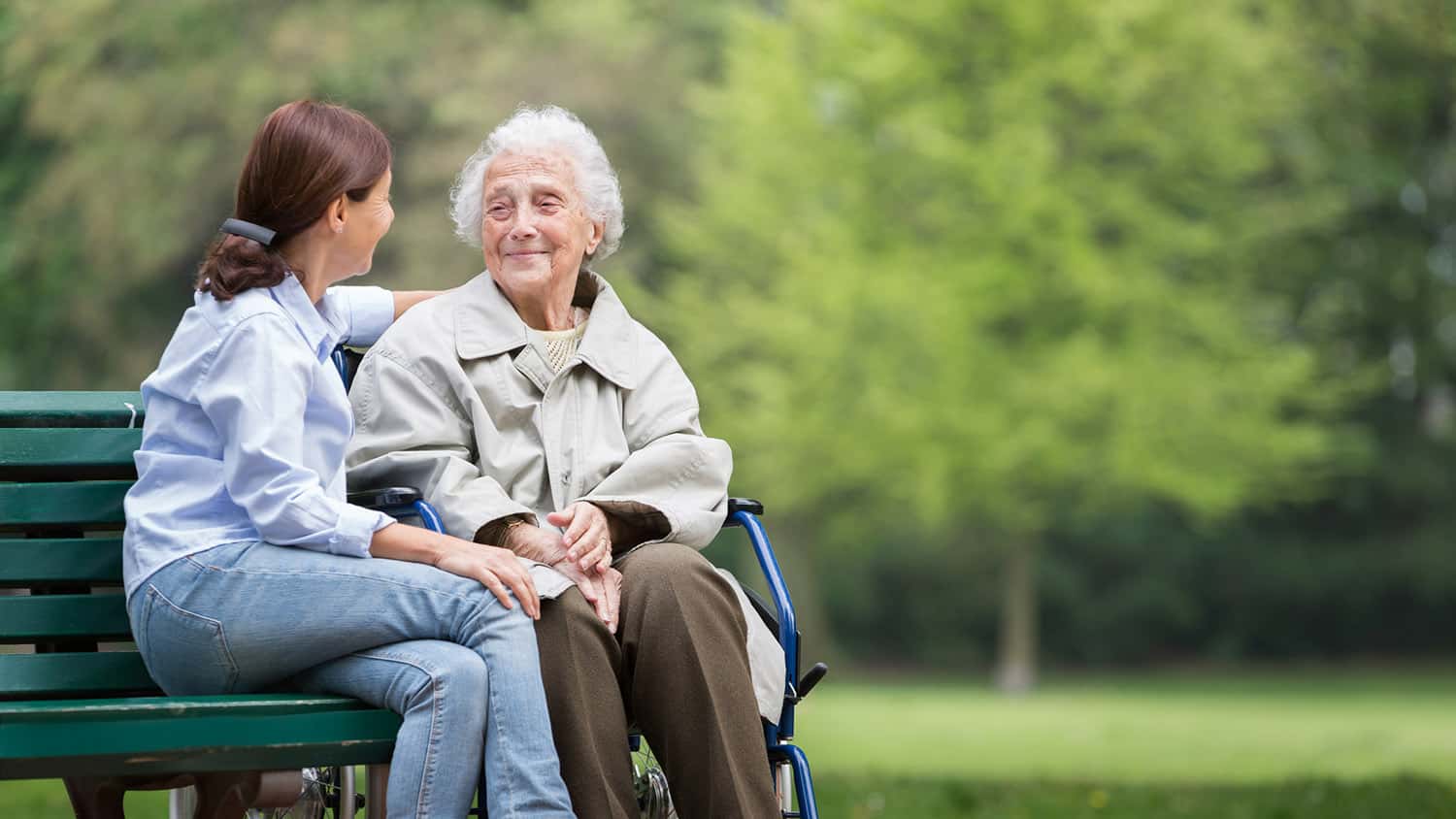 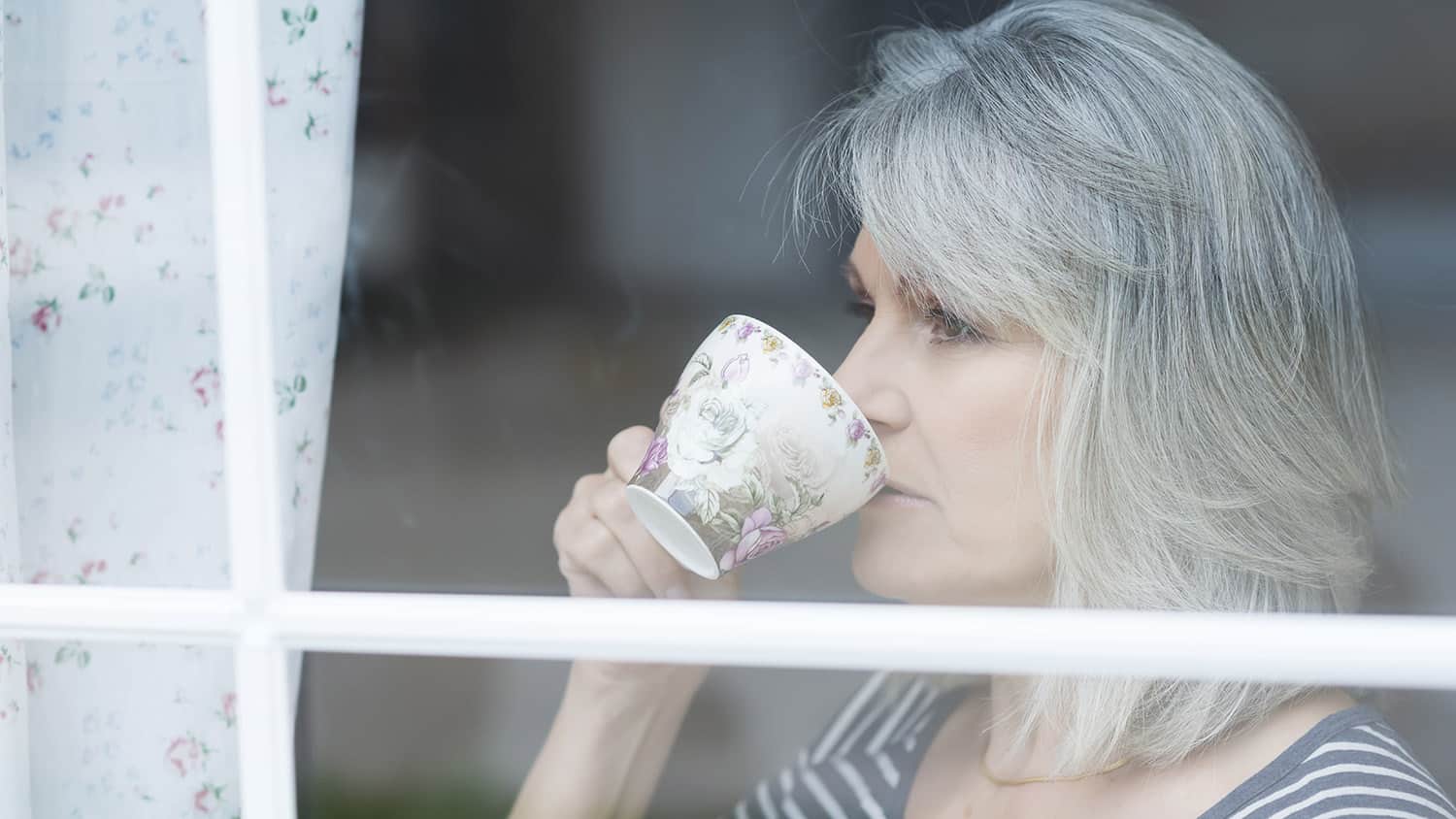