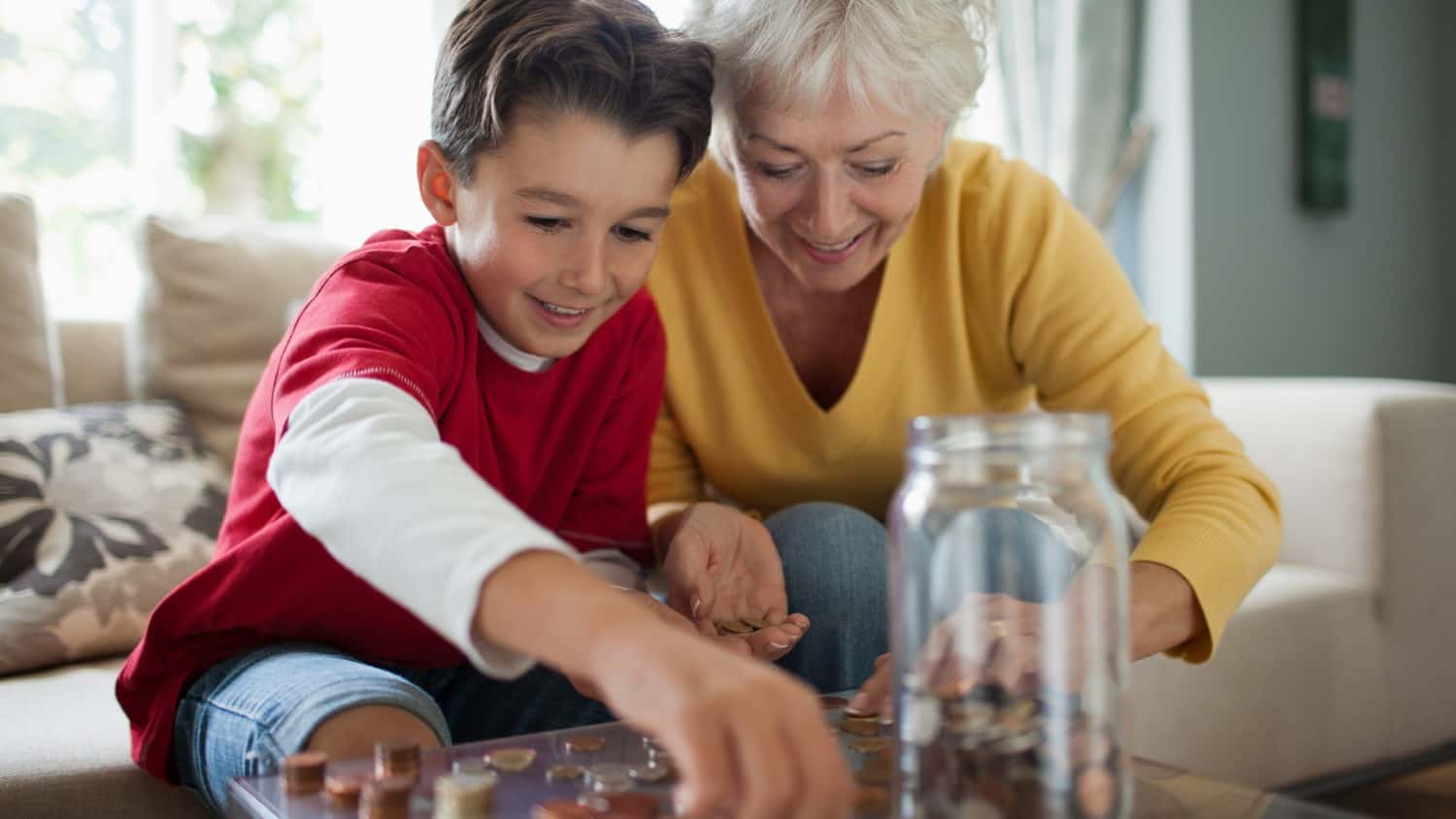 Sharing These 4 Money Mistakes Will Kill My Image as “Super Grandma” (But, I’ll Do it Anyway!)

Like most children, my grandkids think of me as a superhero. I am a bringer of gifts and laughter. I am their “baba with a backpack” who Skypes them from mountain tops and cruise ships, desert villages and London hotels. At their ages (9 and 3), I’m pretty sure that they are the only people in the world who think I am perfect… although that will probably change when they get a little older!

What they don’t yet realize is that, like all people, I am far from perfect. I have made my share of mistakes – both financial and personal – during the course of my long life.

Of course, I could keep my mistakes private in order to protect my ego (and their innocence). But, as a baba, I think that this would be a selfish choice. So, I have decided that, for better or for worse, I am going to show them the real me, warts and all. Hopefully, as we grow together, this will make our bond even stronger.

So, to help organize my thoughts – and to encourage you to share your own ideas with your grandkids – I wanted to share 4 money mistakes that I plan on sharing with my grandkids.

But, first, a word about grandparents and parents.

Parents and Grandparents: Danger Will Robinson!

I don’t know why, but, more often than I would like to admit, I actually hear the voice of the robot from Lost in Space saying “Danger Will Robinson, Danger, Danger!” whenever I am about to make a mistake. Does that make me weird? Oh well!

Before I share the money mistakes that I plan on discussing with my grandkids, I wanted to make a quick point about the importance of talking to your grandkids parents about any issues like this.

Like most parents, my grandkids parents are always busy. They are running their own companies, looking after their kids and trying to keep their personal relationships going. I remember what this was like from my own parenting days and I know how tough it can be!

As a result, I have found that, when it comes to my role as a grandparent, it pays to over-communicate with the rest of the family. If my grandkids parents feel involved in my decisions, they are far less likely to have an emotional reaction.

So, before I started discussing money with my grandkids, I started by outlining my plan to their parents. With their permission, here’s the advice that I want to give my grandkids. The stories that I tell will vary with their age, but, the messages will remain the same.

Mistake #1: Not Paying Myself First

I felt physically sick when I read the book “The Automatic Millionaire,” by David Bach. In it, David explains how replacing your daily Starbucks with home-brewed coffee could help you to save $100,000s for retirement.

Instead, like many Americans, I lived in the moment. Even when I had a high-paying corporate job, I still saved next to nothing. Then, when the Great Recession hit, I lost most of what I had left.

Since then, I have worked my butt off to claw my way back to financial freedom. I have paid off my debt, started multiple businesses, saved and invested. And, now, finally, I am back on track.

I just wish someone had told me to pay my future self first when I was a young woman. It would have made my retirement so much easier!

I hope that I can encourage my grandkids to start putting away 20% of all the money that they make from the very beginning. Even $100 saved when they are kids will turn into $10,000 when they need it in retirement.

Maybe I’ll even go so far as to match their savings instead of just giving them money at Christmas.

They say that the person you marry is one of the most important financial decisions that you will ever make. And, they are right!

I don’t regret my previous marriage for a second. My partner was a wonderful man and we spent several decades building a life together. However, looking back, I now see how we both brought out the worst in each other from a financial perspective.

Over the years, I hope that I build a strong enough relationship with my grandkids that they are actually willing to listen to my observations about their friends. Maybe this is wishful thinking, but, heck, it’s more likely that they will listen to me than their parents… I know I would have!

Mistake #3: Not Giving Back Early Enough

If there is one thing that I have learned over the years it is that nothing will make you happier than helping others. I’m ashamed to say that, while I always understood this truth in my heart, I didn’t systematically give back to the world until the second half of my life. And, when I did, I always funneled my contributions through organizations rather than getting involved directly.

In his book, “Money, Master the Game,” Tony Robbins talks about how his life was changed by a random act of kindness that he experienced in his childhood. When his family was struggling, a neighbor gave them enough food to have a wonderful Thanksgiving dinner. The experience led Tony to start his own effort to feed families around the world.

In the beginning, I hope that taking my grandkids to soup kitchens and neighborhood cleaning events will help them to see the value in giving back. But, as they grow, I hope that they will think out of the box and use their unique skills to find ways to contribute to the world.

Giving back is not just about finding happiness. I am also a firm believer that true wealth comes from making a difference in the lives of others. By helping my grandkids to develop empathy, I will be helping them to become better business people… not just better people.

Mistake #4: Putting All My Eggs in One Basket

At one point in my corporate career, I was fortunate enough to receive stock options in a publically traded company. The company became hugely successful and, like many people, I enjoyed the lifestyle that came with my new wealth… and, if I am honest, I believed that the party would last forever.

Then, the stock market crash of 2000 happened and my stock dropped in value overnight. Worse, I had been counting on my stock to pay my tax bill for the year and I was forced to sell most of my other assets to avoid problems with the IRS.

Had I just taken things about more slowly and diversified my holdings over time, my financial life would have turned out much differently.

I hope that telling this story to my grandkids will help them to understand the value of putting their eggs in more than one basket. Come to think of it, maybe I’ll make up a story about a farmer who quite literally puts all of his eggs in one basket. That would be fun!

What money mistakes would you like to share with your kids or grandkids? Do you think that grandparents have an important role to play in helping their grandkids to understand money? Why or why not? Let’s have a conversation! 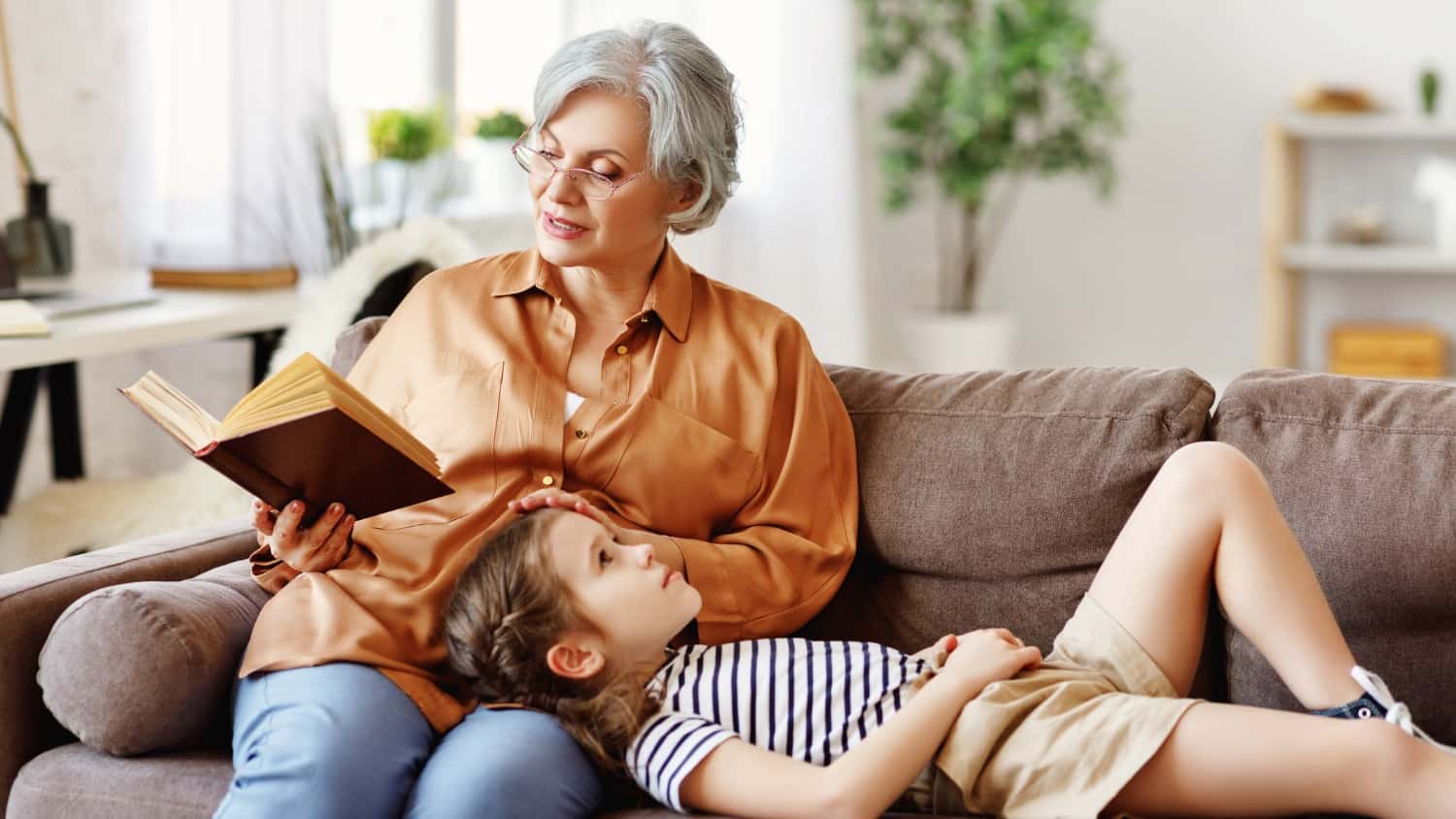 4 Ways You Can Help When Your Grandchild Has a Disability

Turning 60 is a Gift: What’s Not to Love about Being a Fabulous Older Woman?