The Joy of Watching Our Grandchildren’s Personalities Emerge

One of the real pleasures of having grandchildren is watching them grow into very distinctive individuals.

One minute, there is a little new born baby, looking sweet and untouched. Then, in what feels like no time at all, you suddenly have a child with a strong personality. It is quite breath-taking.

I don’t know much about the nature-nurture debate, but it seems to me that babies come out of the womb with many pre-set qualities. We see these emerge over time. Perhaps we affect them somewhat in our upbringing, but essentially the person was there from the very beginning.

Watching Our Children Grow Up

We all notice this sort of thing with our own children. One is quieter or noisier than other kids. Another loves sports or hates them. One is constantly drawing, while a sibling will never touch a crayon. Some listen to what you say – and some never do. The many variations in qualities can go on and on.

With our children, we have had the joy of watching them grow up. They often develop the traits they showed as small children. Perhaps as a five-year-old, a little girl tended to sing at every opportunity. It is not surprising that she later became a singer of some kind, whether in church or in a rock band. Or another child might have a clear tendency to be nurturing. We watch as that child chooses to become a nurse, a doctor or a stay-at-home mother.

Of course, sometimes children change and you can never be certain how they will develop. But it certainly works with hindsight. How often have you looked at your adult son or daughter and realised how their qualities were there from the very beginning?

It starts all over again with grandchildren. Given your experience, you are probably quicker at spotting their notable characteristics. You notice if they love to dance, erect complex towers with Lego or kick a football. They may argue back a lot or go sullen. Perhaps they are deeply sensitive. Or musical. You notice.

Many of these qualities come out in what children say. We noticed that one grandson was very sensitive to the needs of other people from a very early age. He watched people carefully and seemed to think about their point of view.

It came out most clearly when he was only five. A friend of the family had given him a Christmas present before going away for some weeks. On her return, she asked casually which present he had liked most. Without blinking an eye, he said ‘Your chocolates’. His mother was astonished. They had been put in a cupboard and not even opened. With such diplomacy, one has to think that this child will do well in life.

Another grandson is very concerned about precision. He wants to make things very clear and works out all the boundaries of any statement you make. This showed itself very early on. We were teaching him at age three, about how to cross a very quiet road, lined with parked cars.

Now, we said, you must look to the left and right and then left again. If there are no cars that is good. Now we can cross. Quick as a flash, he said, “No moving cars”. He was absolutely right. The street was full of cars.

The unique personality is a wonderful thing however it is expressed. You learn to look at the world differently with children around. First your own, then theirs. What a pleasure it is.

What personality traits can you see in your grandchildren? What have they said that makes you think twice? Please join the conversation. 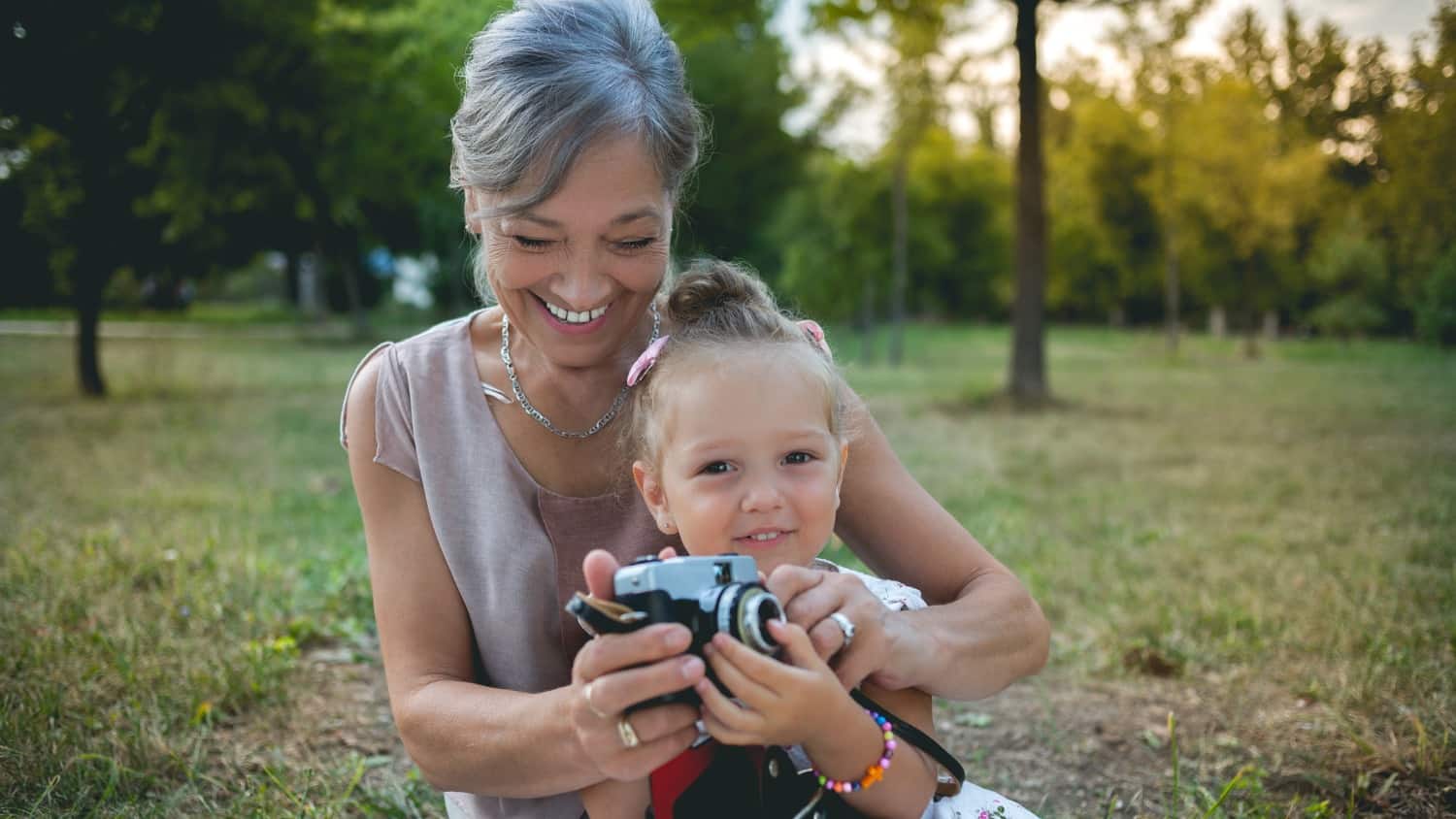 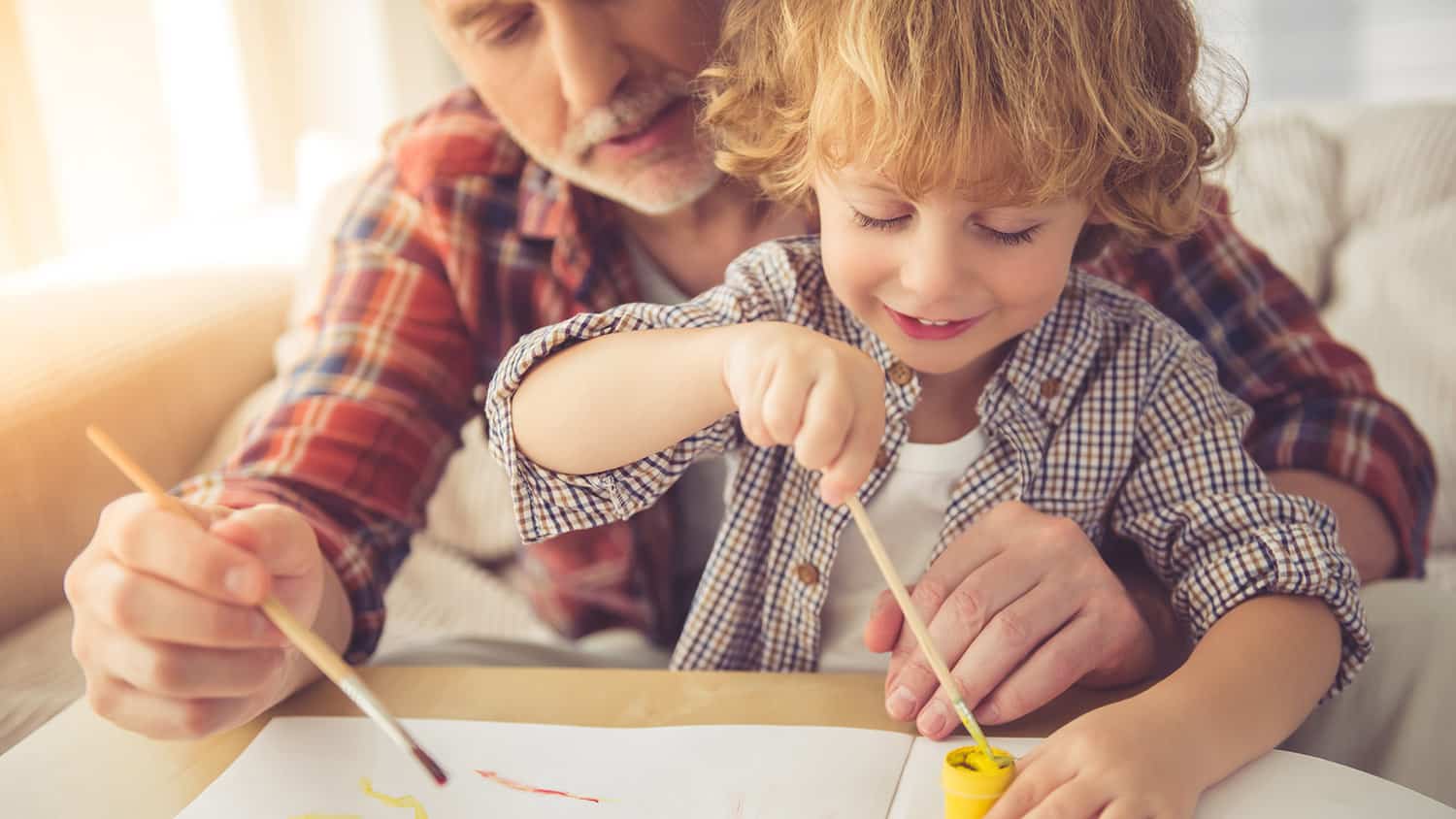 4 Tips for More Precious Moments Creating Art with Your Grandchildren