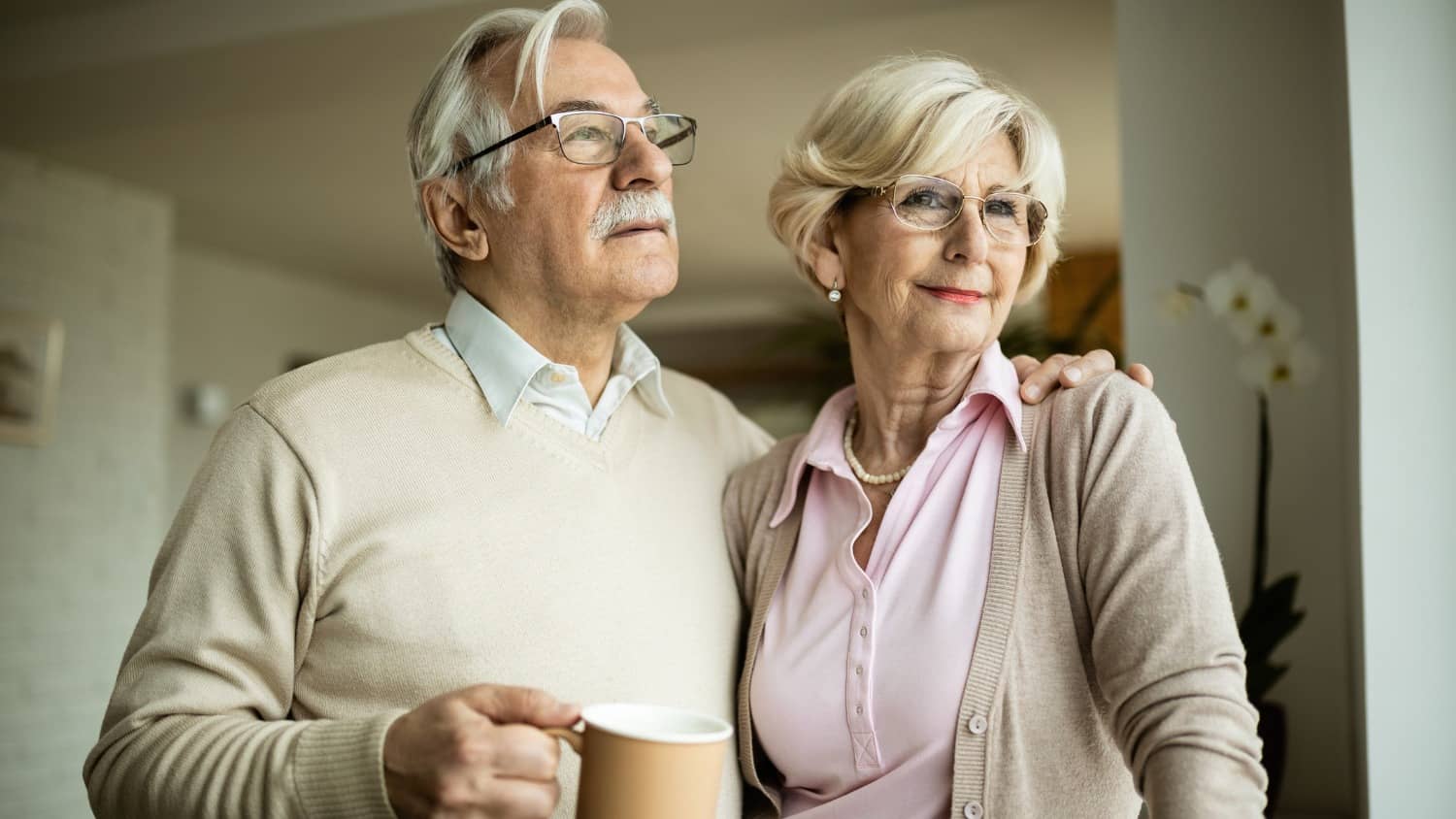 Are You Waiting for That Metaphorical Block of Concrete in the Sky?

Now aged 79 and my husband aged 80, I have been saying to friends for a few years that we can reasonably expect a metaphorical block of concrete to fall on our heads at any time. No certainty of when or where, but it is definitely getting more possible.

Cancer? Heart attack? A nasty fall? Or, worse, some form of dementia?

Our Own Form of Bad Luck

And then that block did fall.

A few weeks ago, on Easter Friday evening, we were chatting about nothing in particular when my husband said that his eyes were blurry. It had just happened, there were no other symptoms, but it didn’t feel right.

Phone calls to a medical helpline and to an optometrist friend both elicited the suggestion he should get to an eye doctor. Both suggested a particular eye hospital, but neither hinted of any emergency.

The following day, Easter Saturday, not much was open. Even in the great metropolis that is London. Not our own GP surgery. Not the recommended eye hospital. The local optician had no appointments, but there was no eye doctor there in any case.

In brief, we went early to the best-known eye hospital in London, where a perceptive doctor feared it might be a stroke. To my eternal gratitude, with persistence, he obtained a referral to an excellent stroke unit in a convenient hospital.

We learned then that my husband had had a haemorrhagic stroke, resulting in an eye condition called a homonymous hemianopia (hemianopsia in the US). Difficult to spell h’s seemed to be part of the condition.

He stayed in the hospital for two nights (it should have been more, but he managed to talk himself home on the grounds that he would recover quicker with good sleep and good food – and perhaps they needed the bed).

The aftercare from the National Health Service (NHS) was brilliant. The day after my husband arrived home, an occupational therapist visited him at home to assess his needs and provide advice.

The stroke doctor phoned twice within the first two weeks, a senior stroke nurse phoned once to provide a helpline number and the senior doctor from the eye hospital also phoned to say they would be in touch when his eyes had settled down.

As for the patient, he was left very tired and with no disability except to his eyes. Indeed, after a few days, it was clear that he could read a newspaper slowly, go for walks and do most things. He could watch television, but with occasional difficulty (for instance, at times he couldn’t see the football in a televised match, depending on the camera angle).

But he is an avid reader, and it is likely he will be unable to read books because the slow reading means he cannot absorb the rhythm and meaning of such prose. Yes, there are audio books, but they are not the same at all.

But all of the above is a preamble to what I most wanted to write about, namely our reaction to the situation, particularly my own. You never know until it happens.

OK, a block of concrete had fallen. Yes, this was likely to change the texture of my husband’s life and therefore my own. It could, indeed, shorten his life span. We were told his eyesight might improve, but it was not likely to.

Many people become frustrated and angry in this kind of situation and I was, indeed, warned that he might undergo a personality change. That was the most terrifying suggestion of the whole experience.

But he is a calm and patient man and has never expressed any frustration at all. “It is what it is,” he says, “I will learn to deal with it.” He has a wicked sense of humour and it has not disappeared, thank goodness.

I went into a period of suspended emotion – not cross, not relieved, just holding in there. Part of me certainly wanted to fall apart. To rant that this had happened and was in some way unfair. Only I knew it wasn’t ‘unfair’ because fairness has nothing to do with these events.

He had got off lightly, dodged the bullet, take your metaphor of choice.

At some point, roughly two weeks after the event, I did break down and have a short but powerful weep following an exploration of whether this shortened his expected life span. A terrifying chasm opened up just briefly – enough to peer over the edge – and then closed again.

I think the psyche knows exactly how much pain you can take ­­– and when – and doles it out appropriately. I went back to a sense of calm.

The Man Down the Road

I think it is quite a common reaction to disasters of whatever kind to decide that you have essentially been lucky, that there is someone worse off than you.

Years ago, my husband’s late aunt, then widowed and in her late 70s, was flooded out of her much-loved bungalow by a major flood in North Wales.

Because of sanitation issues, she was required to live in a caravan next to her house for months while the authorities slowly cleaned up the numerous houses similarly affected. It was cramped, there were limited cooking and washing facilities and was clearly not the way she wanted to live.

No, she told us she felt sorry for the man down the road, who was in the same situation but with a heart condition. “It must be really hard for him,” she noted.

I thought then – and I still think now – that there is always ‘a man down the road’. Someone worse off. Makes us appreciate what we have.

We will continue to wait to see if there is improvement. We will wait to see what resources are available for the condition.

And, in the meantime, that block of concrete can still come – cancer, heart attack, a nasty fall, or, worse, some form of dementia.

Have you experienced a major health crisis in your life? How did you react? Did you also feel that it could have been worse? Did you think of ‘the man down the road’ and consider yourself lucky? Please share your story! 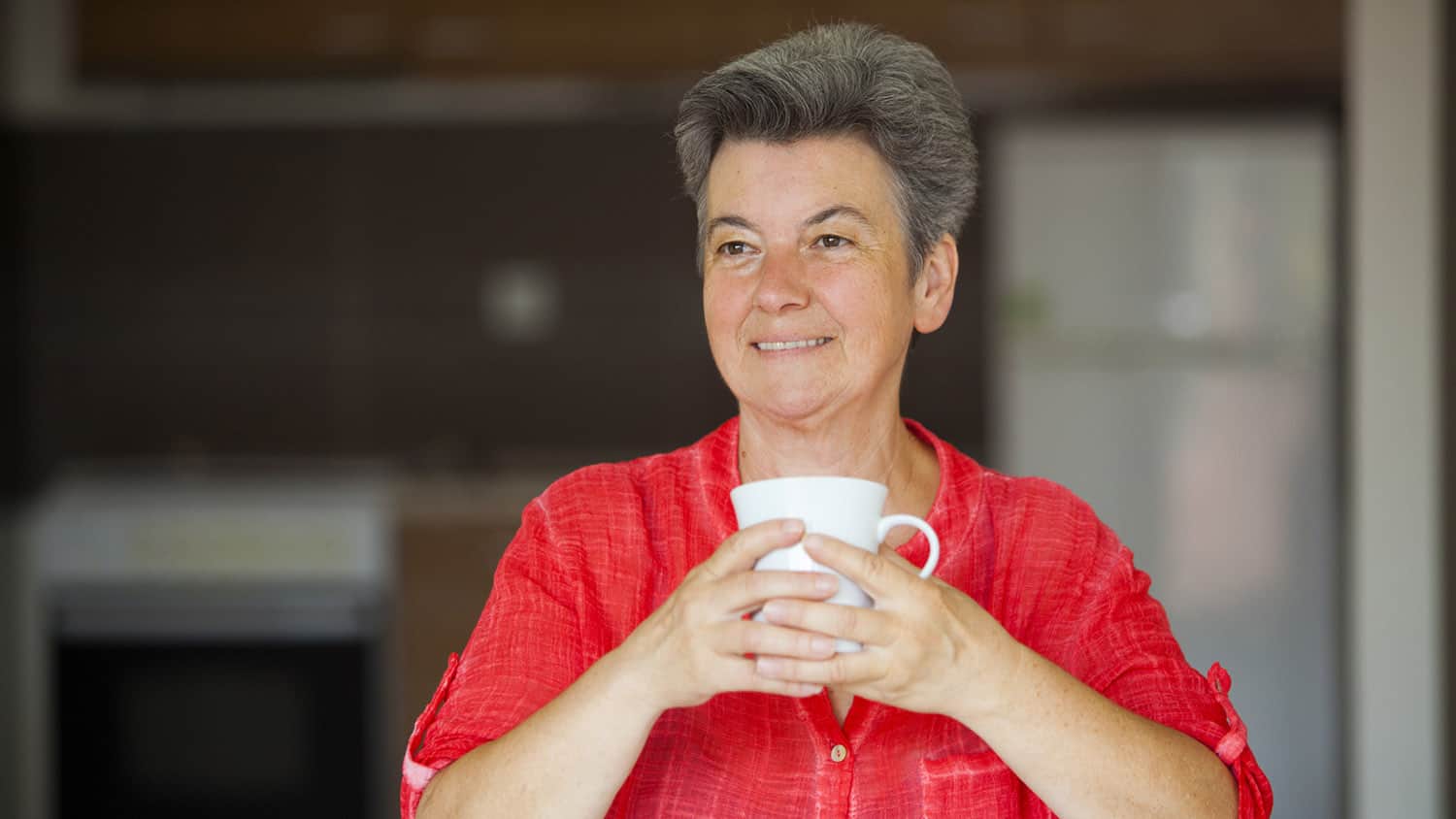 Feel Tired All the Time? 8 Dietary Habits That Wear You Out

Cooking Rice This Way Could Reduce the Calories by Half, Scientists Say