Kathryn’s book, Weeds In Nana’s Garden, mimics real life, portraying a young girl who discovers her beloved Nana has Alzheimer’s Disease. The girl accepts the difficult changes with love, learning to take over as the garden’s caregiver.

To further promote understanding of dementia among children, Kathryn found through experience that when her kids did things together with Nana, it made it better for Nana. Her kids grew up with a different kind of sensitivity and respect for older people.

While I initially drafted this article pre-Coronavirus, perhaps it is more relevant than ever. As you read it, look at these activities through a different lens.

Think of doing them virtually via Facetime or similar technology, particularly if a loved one is in the early stages, has a person living with them, or a caretaker comes in to help.

Singing is a natural place to start. Most older folks like when I come and sing for them, but they LOVE when children come and sing. And, as Kathryn noted, a young child does not care if you’re singing “Frosty the Snowman” in July. Neither did her mother.

Dance and a Show

Well, of course, if you’re going to sing you have to dance. Kathryn’s mother loved R&B so if she was in a grocery store and heard it, she would start grooving! Her grandchildren wanted in on the action.

Something that may have been embarrassing between daughter and mother became a beautiful thing when shared with grandchildren.

If you’re going to dance, might as well make it into a show. Boy, can I relate to this one. Before this pandemic hit, when we visited our granddaughters, there was a show every night, and of course we were part of it, making use of silly clothes as costumes.

Kathryn made an accidental discovery when her kids were blowing bubbles in Nana’s garden. As her mom was sitting in the garden, she suddenly stood up and started chasing the bubbles around. They played with those bubbles for a long time. And even later, as the disease progressed, they brought those bubbles out and her mom lit up.

While there are many adult coloring books now, coloring for adults is still a relatively new thing. One day when Kathryn’s kids were coloring, her mom wandered over, and they colored for three hours straight.

Kathryn bought her mom an electric pencil sharpener, and the older women sharpened those pencils and filled twelve coloring books. Kathryn actually did an Art Exhibit of her mom’s colorings because they were just so beautiful and so full of expressiveness. Coloring was a life saver, especially when the disease started taking away her speech.

As dementia took over, Kathryn’s mom was having trouble with being able to follow recipes, but she could throw as many sprinkles on cookies as anyone.

While making a gingerbread house for Christmas, Kathryn was exacting as to what went where. Mom just took the candy and dumped it all over the roof. That dumping progressed to Christmas trees and other things and became a family tradition of sorts.

Just like with the bubbles, taking molding clay and just sitting outside and playing with that clay with no particular purpose or no particular outcome was fun and cathartic. Everybody takes a ball of clay to squish around, and it becomes something to do together.

It gets hard for folks with dementia to read books, and that can be a point of frustration. But what Kathryn found was that her mom had a lot of classic picture books memorized.

Nana would sit with her grandkids and “read” the book, but she wasn’t really reading. She knew the story, and she knew what the pages were going to say, and she would sit and read with the grandkids using those familiar stories. Touch and feel books are also very useful.

It was also effective for Kathryn’s mom to look at photos of their lives and just listen to everyone talk about what was going on through photos.

Go for Walks Together

Throughout the progression of the disease, Kathryn and her kids would take long walks with Nana. They would go down to the lake at her mom’s community and Nana could watch the kids run around. It had the feel of being at a park.

Kathryn’s mom believed you always needed a bouquet of flowers in your house. If you have them outside, you should bring them inside. In the past, when they walked in the woods, she would always gather up big bouquets.

As the disease progressed, Kathryn’s kids would pick the flowers for their Nana and bring them to her – in her house or, later, to the care facility. They could be weeds but it did not matter.

Kathryn’s kids gained self-confidence by being with Nana throughout. They became an inseparable part of the caregiver team. They commanded a presence and a lot of the care home residents were happier when the children visited.

In a time when It’s harder than ever to come up with ways for young people and old to connect, it is refreshing to see just how many things you can do together, even in a virtual setting.

Yeah, we could use a little more of that and learn from people like Kathryn.

What activities can you do with your grandchildren? Are you using a virtual connection to be in touch these days? How does this help you? Have you tried connecting virtually with a loved one living with dementia? Please share in the comments below. 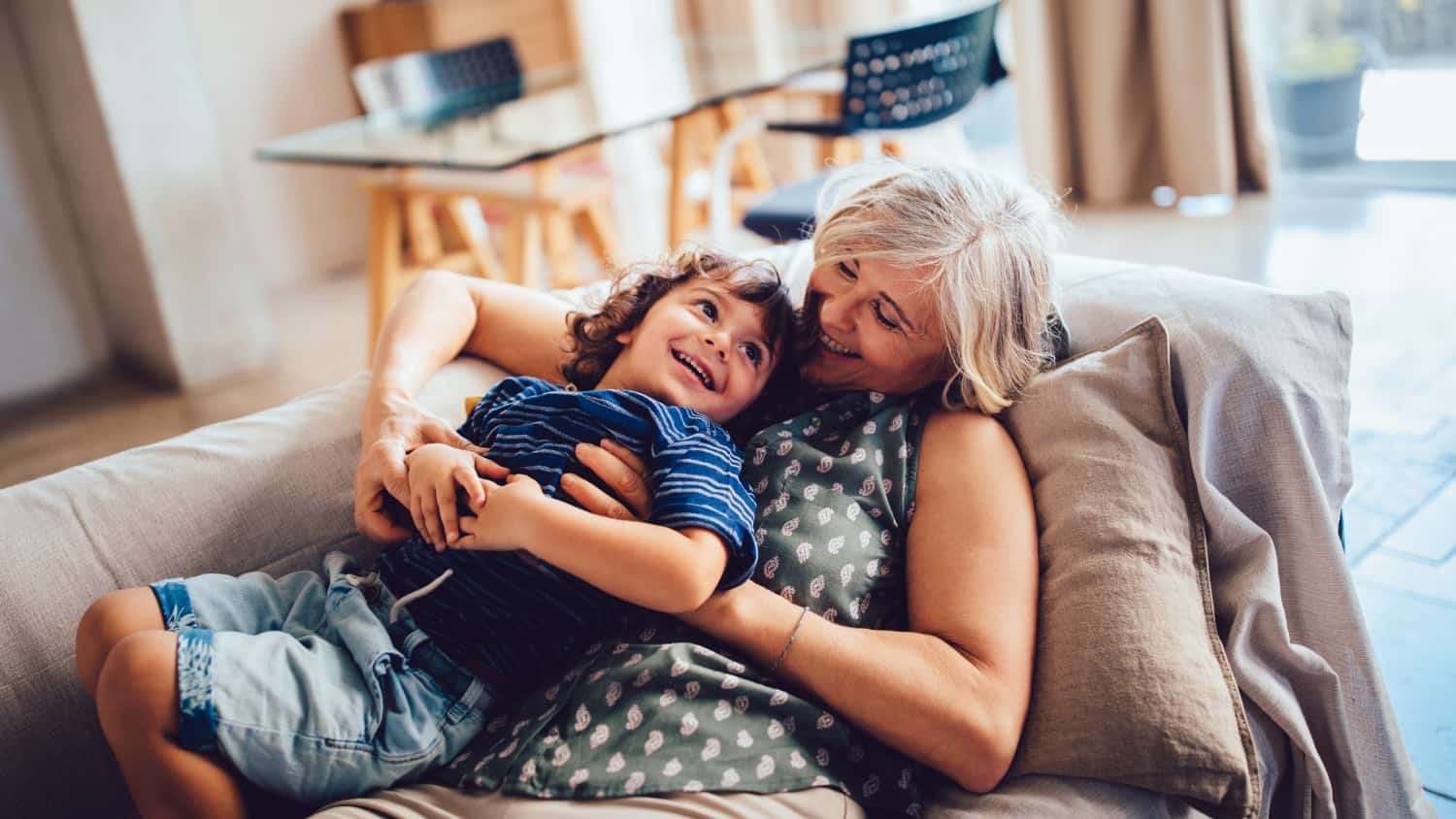 I Just Skipped Dinner… and Gave My Grandson $248,910 for His Retirement 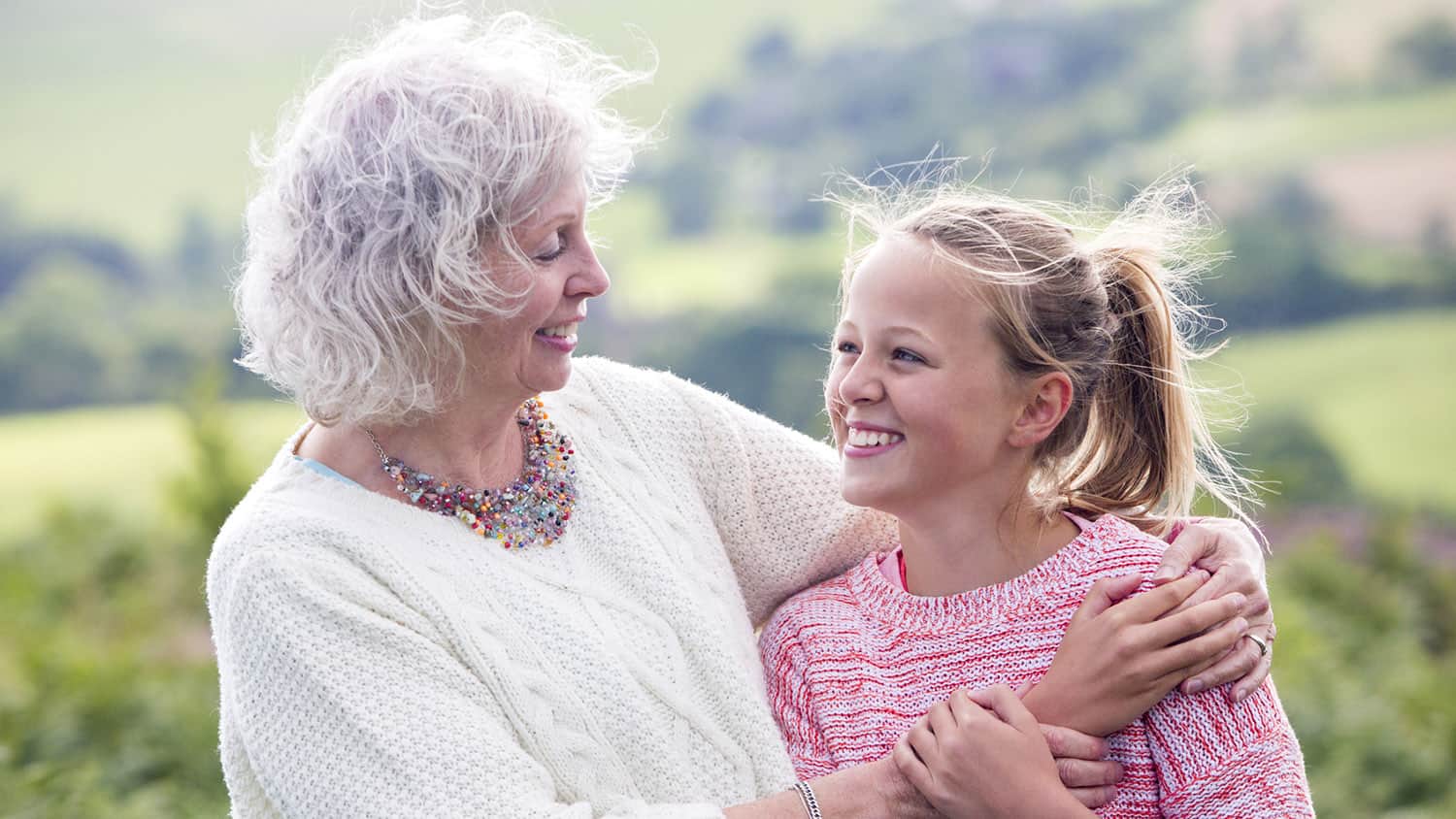 The Many Joys of Teaching Our Grandchildren