Grandparenting Tips – 6 Life Lessons All Grandparents Should Teach Their Grandkids

Although you came from another generation, growing up without all of the advantages and conveniences of modern technology that today’s children enjoy, you were once a child, too.

So you went through many of the same kinds of conflicts and struggles for identity and independence that your grandchildren are experiencing now. Then you became a parent, trying your hardest to help the children you brought into this world become the best they could be. Now you are facing another important chapter in your life. You are no longer caring for your adult children, but you are still actively involved in the development of one or more youngsters who are also your pride and joy—your grandchildren.

If you think that you can’t possibly be a good role model for your grandchildren because you are “over the hill” or not hip to today’s trends and language, you are not giving yourself enough credit. The same basic principles of good child rearing that helped shape you into a mature, loving, and caring person still apply. Moreover, the life experiences and wisdom you have gained make you uniquely qualified to impart to your grandchildren invaluable lessons that they cannot receive in school or anywhere else. Here are six life lessons tailor-made for grandparents to teach their grandkids. Please add your own suggestions in the comments section at the end of this article.

You Can’t Have Everything You Want

But this is not a perfect world, and your grandchildren need to learn that early in life. Maybe the child down the street has fancier clothes, or another child you know attends an elite private school and travels all over the world. So your grandkid comes home from school and wants to know why can’t I have nice clothes like that or why can’t I go far away on a long trip. Or maybe some other kid in the same class boasts about his or her brand new $500 iPhone or iPad, and now your grandchildren are demanding that Santa Claus give them that and only that for Christmas.

When I asked my then 6-year-old nephew and 4-year-old niece what they wanted Santa Claus to give them for Christmas, they both instantly responded “an iPad.” Apart from the question of whether children that age really need one, it was not in Aunt Barbara’s budget. I told them that if Santa Claus were going to give an expensive gift like that to every child who asked for it, he wouldn’t be able to afford anything for the really needy kids who have nothing. I then asked the kids what else they would like for Christmas that would not be so expensive, and the 6 year old requested a game and the 4 year old requested a doll. The lesson was learned, and the kids loved their gifts.

For more on this subject, pick up the book 30 Lessons for Living: Tried and True Advice from the Wisest Americans (2011), which reports the results of a research study at Cornell University called The Legacy Project. Nearly 1,500 responses were collected from people across the country, age 70 and up, on their lessons for living. Here is part of what one wise 84-year-old named June included in her legacy of lessons for her grandchildren.

“Appreciate and give thanks for the good things around you every day, such as a beautiful tree or gorgeous sunset, even if other things have gone wrong or you’re in pain. Enjoy and give thanks for every day as it’s a gift you’ve been given. So many people have it so much worse.”

You Don’t Have to Be Everyone’s Friend, But You Should Try to Get Along with Everyone

Starting in childhood, and continuing in the teenage years and throughout adulthood, we choose which of our peers will become our friends and which we keep at a distance. But every person we encounter, even if we don’t like them, deserves to be treated with respect and courtesy.

Your grandkids will probably run across other children who are disrespectful and even downright cruel, but you can tell them that behaving in this manner is wrong and nothing but bad results will come from it.

Also teach your grandchildren that no form of prejudice is acceptable and to be tolerant and understanding toward children from different backgrounds and those who have disabilities.

Be Considerate. Don’t Treat Others How You Would Not Want Them to Treat You

If you observe your grandchild acting rude or insensitive, ask “is that how you would like other children to treat you?” Also, make sure that you are being a good role model with your own behavior. Children whose grandparents are persistently abrasive, unrestrained, and ungracious are likely to behave the same way. So make an effort not to yell or curse in their presence. Make thank you a frequent part of your own conversation, and soon your grandchild will do the same.

Whether it‘s a hug, an extra cookie in one’s lunchbox, a toy with one’s sister or brother, or time on the swing in the playground, encourage your grandchildren to share and not just hog things for themselves. Spreading good cheer in the holiday season by visiting hospital patients and nursing home residents is another great form of sharing.

Patience is a Virtue

Teach your grandchildren by your own good example that not everything one wants can be attained immediately. Whether it’s mastering a difficult school assignment, saving up enough money for a guitar or, later in life, finding the right job, encourage your grandkids to keep on trying and not to give up prematurely on any goal.

Show Proper Respect for Your Elders

Last but not least, you are the voice of authority, so don’t let your grandchildren try to tell you otherwise. You have been in their shoes and through a lot more, and in due time they will be the adults commanding obedience, but not yet.

If you are a grandparent, think about the various ways you can impart these and other life lessons you want to teach your grandchildren. Their appreciative response will make you even prouder of them.

What are the most important life lessons that you have tried to teach your own grandchildren? What other grandparenting tips would you offer to the members of the community? Please join the conversation. 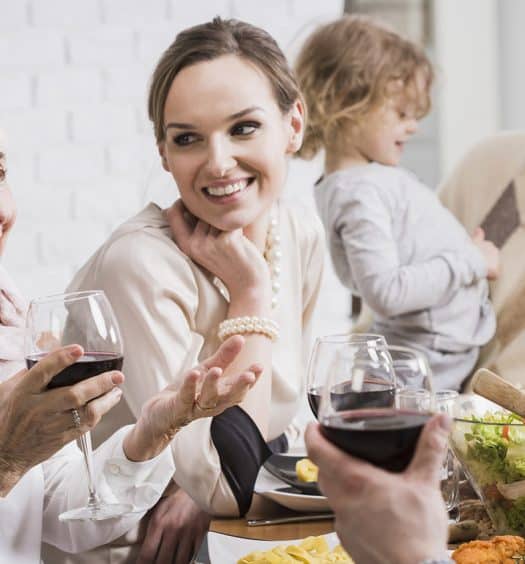 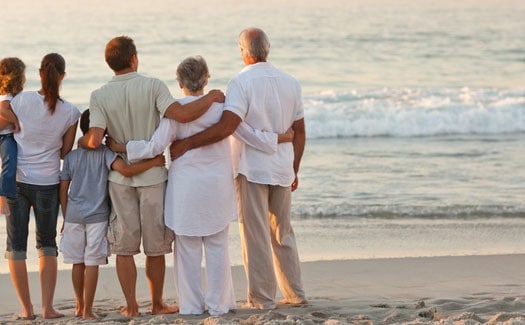