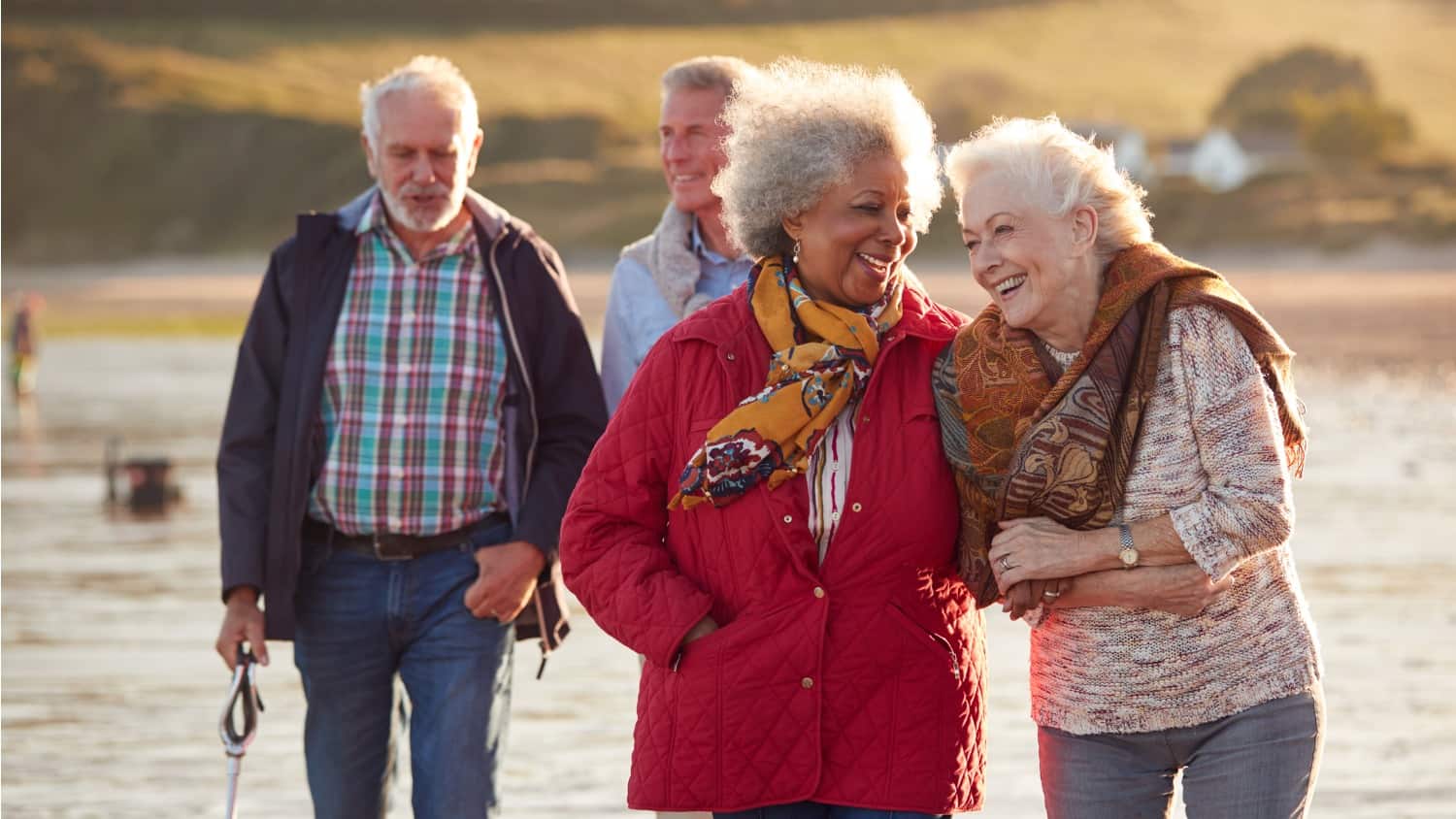 30 Facts and Statistics on Aging

The American population is aging rapidly, and this graying of the United States is transforming various sectors of the economy. Below, we’ll explore some important facts and statistics about aging.

The United States population is aging at a rapid rate, and this aging will continue for the foreseeable future. This is the first time that seniors have ever accounted for such a large share of the American population, and this trend has wide-ranging implications.

Many senior citizens choose to retire to warmer locations, such as the Sun Belt states and Florida. This has changed the demographic make-up in these states, but the vast majority of states are experiencing this trend.

The vast majority of older Americans are dealing with various chronic health conditions. Some of the more common conditions include heart disease or Type II diabetes. These health conditions can dramatically impact a person’s quality of life and can also drive up healthcare costs.

Older Americans who are white have significantly more assets than older persons of color on average, for a wide range of reasons. This impacts the ability to access healthcare, as well as options for aging in place versus various facilities.

The net worth of an older white family is roughly $250,000 compared with less than $60,000 for their black peers. This gap has remained persistently high for decades.

#5 75 Percent of the Oldest Americans Are Women

Women live approximately 5 years longer than men in the United States and have a life expectancy of 81. This fact is demonstrated by various statistics and is particularly true among the oldest Americans.

Women make up roughly ⅔ of the United States’ population over the age of 85. And this gender disparity, fueled by various factors, is unlikely to change in the foreseeable future.

#6 Where Are Older People Living?

Increasingly, many Americans want to age in place rather than enter a nursing home. However, aging in place can be complicated by a variety of health issues. One complication is that families are increasingly geographically diverse. However, statistics show that many older Americans, and particularly older women, tend to live on their own.

#7 Latinos Are More Likely to Live in Intergenerational Families

Though many older Americans live on their own, this is less common in some cultures/demographic groups. For example, statistics show that many Latino and Asian families live in multi-generational homes.

Sometimes, living in multi-generational homes is done to keep housing costs down. Many people, particularly in expensive cities and urban centers, are burdened by high housing costs. These costs can be even more challenging for people who are on a fixed income.

Multi-generational housing has benefits, but especially during the Covid crisis families also have to take into account exposure risks.

This statistic is obviously troubling. Fortunately, there is good news on the economic front. Compared with previous generations, far fewer older Americans are living at or below the poverty line. However, even with social safety support networks in place, poverty has not been fully eradicated.

#11 But Social Security Is Not the Only Source of Income

Social Security is an important income source for older Americans, but for many, it is not their only option. Many older adults have pension plans from their place of work and others also generate money from 401k’s and other investment programs.

401k plans are increasingly important for many Americans’ financial health. This is evidenced by the growing number of people who have these plans. 401k’s help support Americans as they age and also allow them to maintain a strong standard of living.

Statistics show that a large percentage of men and women over the age of 55 remain in the labor force, and these figures have even grown in recent years.

It is not entirely clear if this increase is driven by economic necessity or if older Americans who are living longer and healthier lives want to remain busy and involved and see continuing to work as a positive.

On the other hand, labor force participation rates have shown the opposite trend for those over 70. The reasons behind this decline are open for debate. One argument that explains this declining figure is that more older Americans have access to pension funds and other income support.

Depression and other mental health issues may also affect older Americans. If someone experiences these symptoms, then it is crucial to reach out to their primary care provider or a specialist for assistance.

As people age, preventive care remains extremely important. Some health problems affect older Americans much more strongly than they do their younger peers. One example of this is the flu.

The flu, and flu-related complications, can be fatal for older adults. Therefore, it is essential that older Americans get an annual flu shot and the vast majority do. It is important that we aim to raise this percentage, particularly this year in the midst of a global pandemic.

Mammograms and other screening tests, such as colonoscopies, remain important as people age. Doctors recommend that all older women receive yearly mammograms, but not all women are engaging in this regular preventive care for various reasons.

One out of three women over the age of 40 is behind on her screening mammograms. It is important to remember that even in the midst of a pandemic preventive care still remains important.

#18 6 Percent of Older Americans Are Malnourished

Unfortunately, not all seniors are eating a nutritious and well-balanced diet. These dietary challenges may happen for a variety of reasons. Some older Americans may be cash-strapped, and because of this they may skimp on fruits, vegetables, and meat.

Other older Americans may struggle with nutrition because they no longer drive and find it difficult to reach the grocery store. Poor nutrition can lead to a variety of health problems. In addition to the one in twenty who are malnourished, many more seniors are at an elevated risk of developing malnutrition.

People often think of older adults being undernourished and underweight, but this is not always the case. As with all other demographic groups, obesity is a growing problem among older adults.

Recent statistics show that roughly ⅓ of older adults in America is obese, and this is a dramatic increase from the rates that were observed just 30 years ago.

#21 4 Times Higher Net Worth with a College Degree

Not surprisingly, education is also strongly linked to economic outcomes. The most recent statistics show that older Americans with college degrees have a net family worth of more than four times that of other families. This higher net worth also shapes a wide range of other outcomes, including those related to health.

#22 Many Older Americans Are Veterans

Health conditions and healthcare outcomes vary across individuals. And these differences can be attributed to various factors. For example, the health condition of veterans may be incredibly complicated for multiple reasons. One condition that can have long-term effects on veterans is post-traumatic stress disorder.

#23 15 Percent of Income Is Spent on Healthcare Costs

From an anecdotal perspective, we know that healthcare costs are expensive in the United States. Co-pays can cost significant amounts of money, and prescription drug prices, especially for people with chronic health conditions, can be crippling.

For many people, this is not sustainable. These expenditures may not be as high in other countries with socialized medicine systems, but cross-country comparisons are often complicated.

Many people are forced to make difficult choices, choosing between food and expensive but vital drugs. One particularly costly drug for older Americans is insulin to help treat diabetes. Food banks exist in most communities to support at-risk individuals. But, most older Americans are still spending more than 10 percent of their income for food.

A wide range of interesting statistics on life expectancy has been noted by researchers. In fact, in developed countries, the human lifespan is increasing by approximately three years every generation.

Another interesting observation is that if an older adult lives to be 85, then they are likely, on average, to live another 5 – 7 years. People are living longer due to there being better medical practices and medications, advances in technology, and as a result of people making better health decisions.

#26 Heart Disease Is the Number One Cause of Death

However, not all deaths can be attributed to heart disease. Cancers are the second leading cause of death in this demographic group, followed by respiratory disease, dementia, and lower respiratory illnesses.

We also know that older populations, particularly those living in long-term care facilities, have been disproportionately impacted by Covid-19.

#29 More Older Americans Are Getting Hypertension

The medical profession continues to make advances in treating a wide range of health conditions. Yet, despite these advances, more Americans are negatively impacted by certain conditions. For example, there has been a spike in diseases in recent years, including hypertension and Type 2 diabetes. This may be due in part to increasing obesity rates.

#30 People Are Generally Positive About Their Health

The vast majority of older Americans rate their health as good, very good, or excellent. Perhaps not surprisingly, these ratings decline as people get older.

The statistics above provide some insight into the day-to-day realities and life of America’s oldest residents. However, it is essential to remember that these statistics are average, and experiences may vary from person to person. 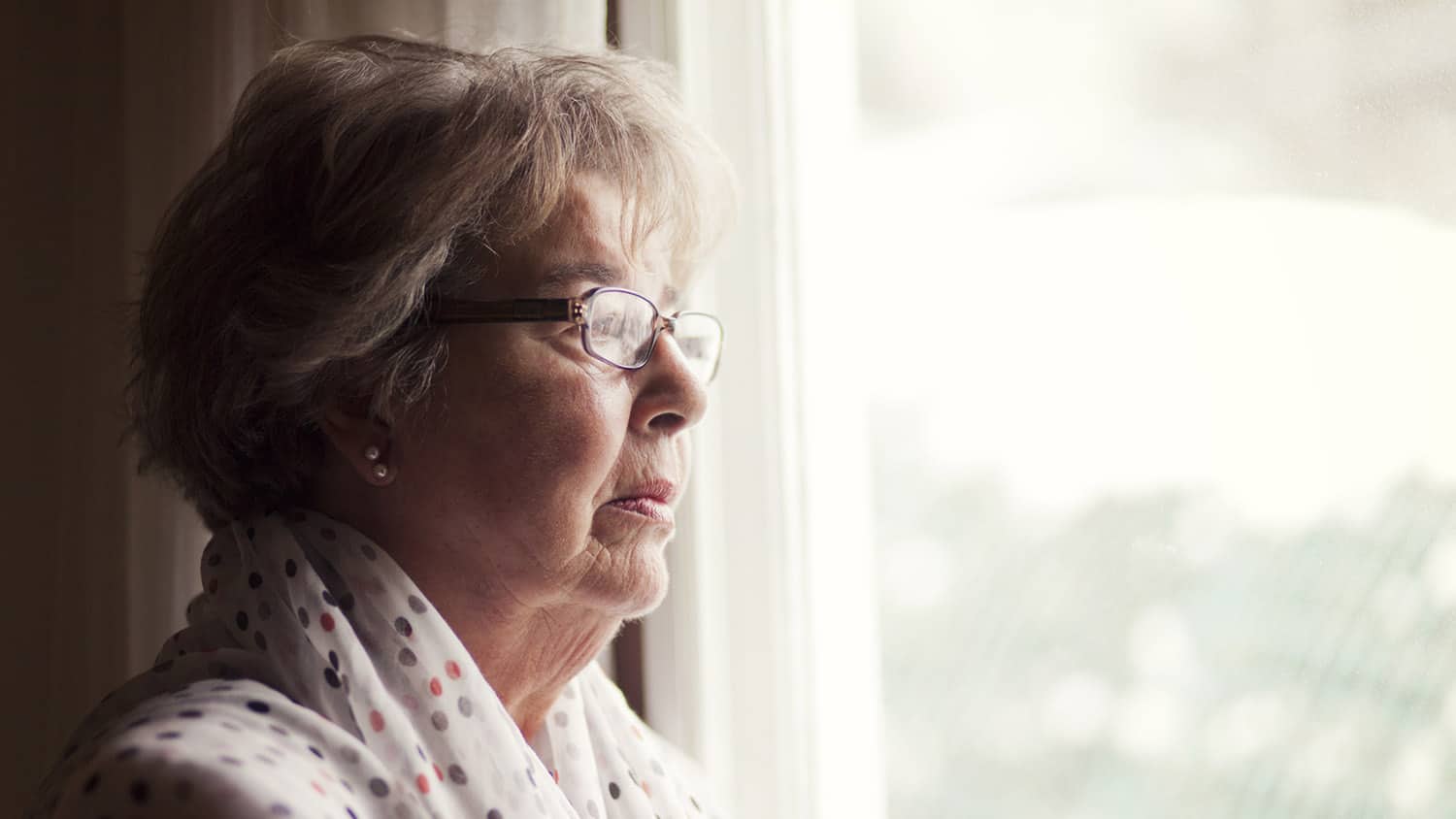 Are Our Expectations About Assisted Living Out of Whack with Reality?