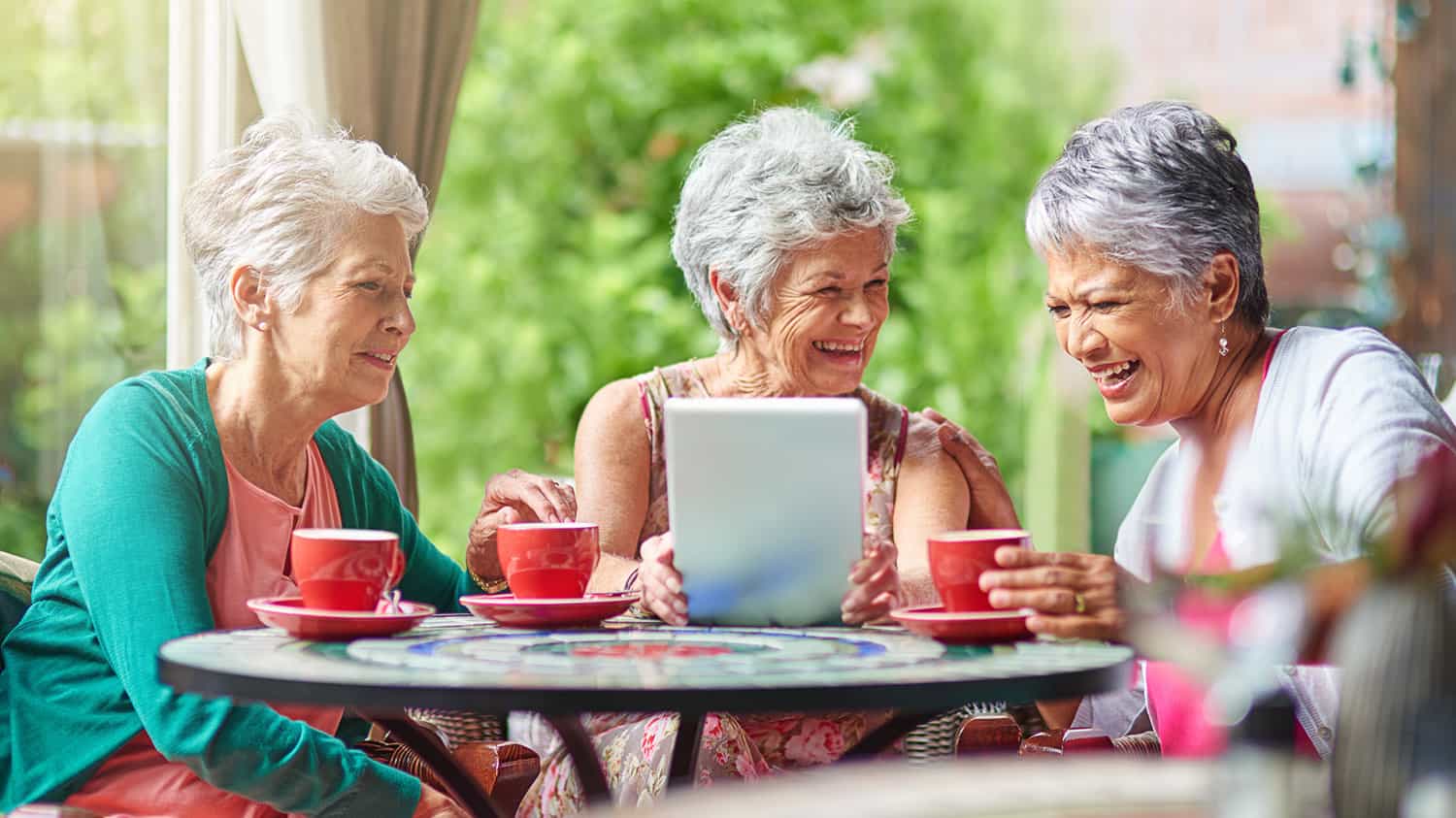 Have you found, as I have, that at dinner with friends if the discussion moves to future living plans, somebody will suggest – to great laughter and applause – that we all move into a big house together.

They suggest that we could hire help, throw fun dinner parties and organize craft classes and lectures? Who wouldn’t want to spend time with good friends sharing daily life and laughs? What would be your reaction to this idea?

A New Way of Aging

As 60-somethings or older, I am sure a lot of us can see the appeal of this day dream and have thought about the options for how ideally, we would like to spend our old age. The model is a great contrast to existing senior housing and assisted living communities that seem to be less appealing and costly.

It turns out that home sharing as a way of living a more communal life, as we age, is spreading in the United States, Canada, Europe and Japan. A growing number of older folks are considering ways to live independently with like-minded seniors and would chose this lifestyle if it was up to them to pick the ideal living situation.

I am sure this trend is a combination of economic smarts and not wanting to be alone or lose autonomy.

In France and elsewhere, there is a name for this new concept of house-sharing. It is called the “Baba Yaga way of life.”

This concept was named after a group of French women who 15 years ago, established a self-governing cohousing community. Their vision was to live independently within a supportive and engaged setting in their senior years.

Strangely enough, “Baba Yaga” is a word from Slavic folklore meaning “witch.” The idea of an alternative to old folk homes has spread to Canada and the UK. There are various incarnations of the model in other countries as well.

An article in Senior Planet describes how it got started. The founder, Thérèse Clerc, was in her mid-60s when she started to think about how women could grow into old age without losing autonomy. She knew that much of her generation had not been able to build up retirement funds to cover at-home care, because they had spent years caring for families.

Clerc didn’t like what she saw when she visited assisted living institutions, where she felt life was dull and regimented. She was interested in demonstrating that old age can be a beautiful and productive time of life.

“Ageing in place” is overall the preferred model of aging, according to a recent ARRP survey. For sure, I can understand why most seniors would prefer to stay in their home rather than use institutional care where they might not be in charge. But perhaps that is more an indictment of existing institutions than an overwhelming preference to be all alone in our own homes?

Would you ever want to live with roommates or friends? What do you think of the idea of home sharing and cohabitation as a model for senior living? Would you be interested in living in community or in a home sharing scenario? Please join the conversation.

Helene Hayes is a knitter and a keen observer of international culture. She writes about her passion for self-expression, creativity and fabulous yarns from all over the world and from the Catskills, where she has a small farm. Originally from Denmark, she has a special love for the traditions of cultures for hand-made quality. Please visit her website, Luxe Knitz http://www.luxeknitz.com

Confessions of a Thrifting Junkie and a New Year’s Challenge

Is It Time to Move? 6 Questions to Help You Decide if It’s Time to Pull Up Your Roots