Our Many Plans – And How They Sometimes Fail

As the long Christmas and New Year holiday has now come to an end, how many of us found that our plans worked out as expected? I hope loads of you.

But I suspect many, many plans went truly awry. It has not been a good year.

It starts, of course, with Covid. We could never have guessed, back in early 2020, that it would still be affecting us three long years later.

We have all missed out over this time, some of us in small ways, but many of us in large ones. We have missed weddings and funerals. We have missed seeing those we love. Not to mention many planned holidays or even weekends away.

People talk now of a post-pandemic era, but that is not remotely true. Not only is Covid raging in China, but it is making itself felt all over the place, mostly in lesser forms and with fewer deaths.

In the last week, I have learned of five people I know who are down with Covid. Most cases are not serious, but it must be noted that some people are still dying.

There are also some nasty colds about as well as flu.

And although there are fewer official restrictions, most of my friends are still being very careful. Many holiday plans were affected – the family lunch cancelled, the outing missed, the visits not happening.

You cannot turn on the television these days without seeing astounding pictures of snow and ice in the US and Canada and, doubtless elsewhere. I don’t need to tell you that this affected a huge number of flights, not to mention other forms of transport.

Family visits, travel elsewhere to ‘get away for a break’ and many other trips were all affected.

And some of those who managed to get away are still struggling to get back home.

Just when you might have thought that enough was enough, many of us had had the extra problem of strikes.

I am not so familiar with what is going on in other countries, but in the U.K. we are back to a merry-go-round of strikes. Nurses and ambulances are the most worrying, but there are many more, not least railway, bus and underground (subway) workers. Not to mention the border force who can affect anyone travelling into or out of the country.

Planned visits as well as planned operations (and all the attendant plans to help the person having the operation), all postponed.

For every plan un-made, there are always some consequences, some minor but also some major. It is not only the person travelling who is affected.

What to do with all the food we bought, given that our guests didn’t come? How can we find some food for the period, since we didn’t go?

And there are even deeper problems. It is not simply a missed Christmas dinner. How will we be able to see Aunt Mary, whose prognosis is not good?

I am told that there is an old Yiddish proverb about God laughing at plans, popularised in a Woody Allen film where he said, “If you want to make God laugh, tell him your plans.”

I am not about to launch into a discussion of the nature of God, but there is some truth in this proverb. We like to think we are in control, but so often we are not. So many unexpected things can get in the way.

My plans for this holiday period were very limited in scope: to do a small Christmas lunch with family who live fairly close by (yes, accomplished), to sing with choirs on four different occasions (of which I managed only one, due to problems at my end) and to do a lot of writing (just didn’t happen).

I can’t say that I know how it feels to wait at the airport for hours, only to be told that the flight was cancelled.

But I have not had the holiday I planned.

Were your holiday plans affected this year? Were you going to visit someone or were they coming to you? Did you miss out on something important? How did you handle your failed plans?

I feel reluctant to say happy new year because it seems like a hollow expression. As you mention, we attempt to make plans with some of us don’t even do that because it’s just too difficult with everybody’s situation and then they’re there are those who just go wherever they please regardless. For me personally it was wonderful to have most of my family here Christmas Eve but then, when my youngest isnd her children left, I came down with a virus. and then my one of my grandsons who is here came down with the same thing. It was just vomiting and discomfort. Anyway, it passed quickly with me, but my young grandson had it for all of the vacation which was disappointing for him. The thing is my daughter thought she was safe for it had been a week dine they they had been sick or they never would’ve come .

It was the first time we had gotten together for Christmas since before Covid because my youngest grandchild’s has juvenile diabetes 1 and he’s just a toddler. It’s a very difficult disease and extremely serious if he gets sick anyway, as far as making any goals for this new year, I haven’t yet . it’s almost too mind-boggling to figure out what they should be , but there’s no more snow and torrential rain so I will make time this weekend to do so so I have a dhip with a rudder. I need some sort of direction for the new year. I wish everybody love and hope .we must proceed as though we can decide and watch for serendipity along the way.

Everything went well as planned this Christmas 2022. Had a Merry Chritmas party with friends and relatives.
We did planned and cancelled the last two years ago because of Covid.

3 weeks before Christmas I was away and got stuck in the snow and couldnt get out for 2 days and when i did i was car sick all the way hime, one of my jobs cancelled. More snow, stuck at home for 3 days no food, had to order a delivery that cost me 10.00. Rain washed away snow. Went to a job interview 35 miles from my house. Car broke down 30 miles from my house. Had to leave it on the highway for 3 days. Did not get job. Had to rent a vehicle $$$$! Got car towed to garage 30 miles away. Car no longer runs/need new car…or at least an old one that runs! Went and cleaned out car, returned rental vehicle. Had to take 1 hour 3 buses ride home in the rain. Snowed in at Christmas…had frozen coconut prawns and rice for Christmas dinner by myself. They were excellent! Having Christmas sometime this month with my daughter…maybe.

Had to take the bus/train/walk in the rain between Christmas & New years for another interview. Getting there took 2 hours, getting back took 2 hours, interview lasted 15 minutes. I got the job.

There were a few other things also but too numerous to go into. The car was the biggest issue. Please put all your positive thoughts and prayers to have a car sent to me! I am too old to be bussing it!!

The silver lining in this story was that with every problem i have had in the last month i have met the nicest people! Someone dug me out of the snow the first time. The BCAA driver drove me to the car rental, the car rental gave me the name of a fair Mechanic. The highway patrol allowed me to leave my car on the highway for 3 days. The mechanic treated me really well and we had met 35 years ago. The mechanic kept my car on his lot for 2 weeks while i tried to find someone to tow it for free. I donated the car to the Kidney foundation.
The uber driver that took me to get my next groceries walked through 18 inches of snow and got my back gate unstuck from the ice so i could get out. The Uber driver that brought me back from shopping walked through the 18 inches of snow, opened my still semi-stuck gate and put my 1 box of groceries on my porch. He shovelled the 18 ” snow from my 5′ walkway and shovelled all the way to his car so i didnt have to struggle through the snow. Then he came back took the other box of Groceries and carried them into my house!!! I asked him if he wanted to marry an older woman or at least move in. He said his wife and kids might miss him! Darn.

It all sounds very stressful and it was/is VERY stressful but all those lovely people made it bearable. I didnt yell at anyone and i didnt burst into tears anywhere along the way! I just let everything play out as it was going to! It is what it is.

With all that said i am really glad that &%%^# year is over!

Still watching for a car..,not here yet!

Happy New Year everyone!
Just think…you could be me!! Lolol

What a story! I like your silver lining. Best wishes for a better 2023.

My husband and I were supposed to spend Christmas at the beach with our daughter, son-in-law and four grandchildren. Instead I suffered an exacerbation of my pulmonary fibrosis and spent Christmas in the hospital. We hope to open gifts with them soon. 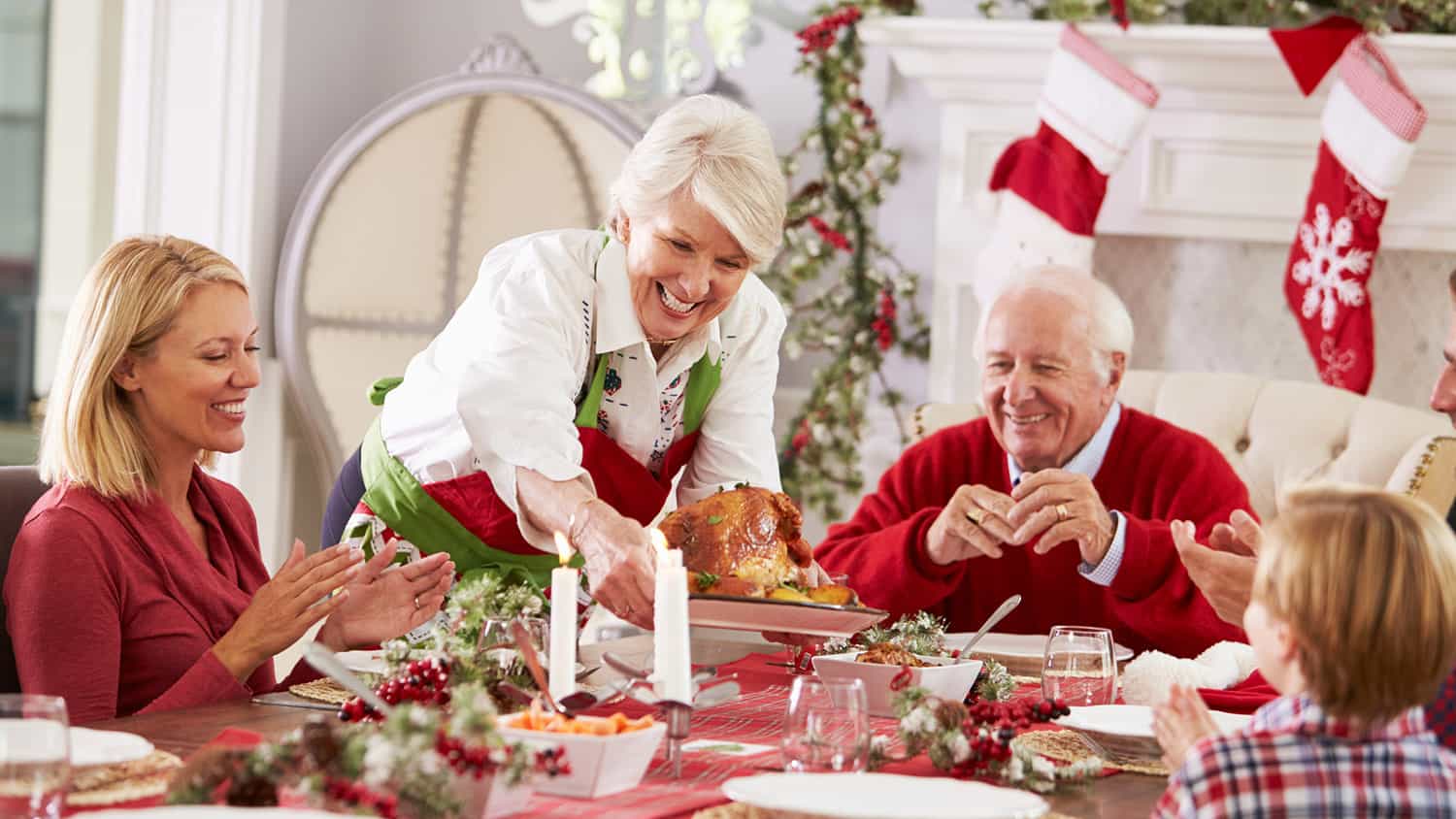 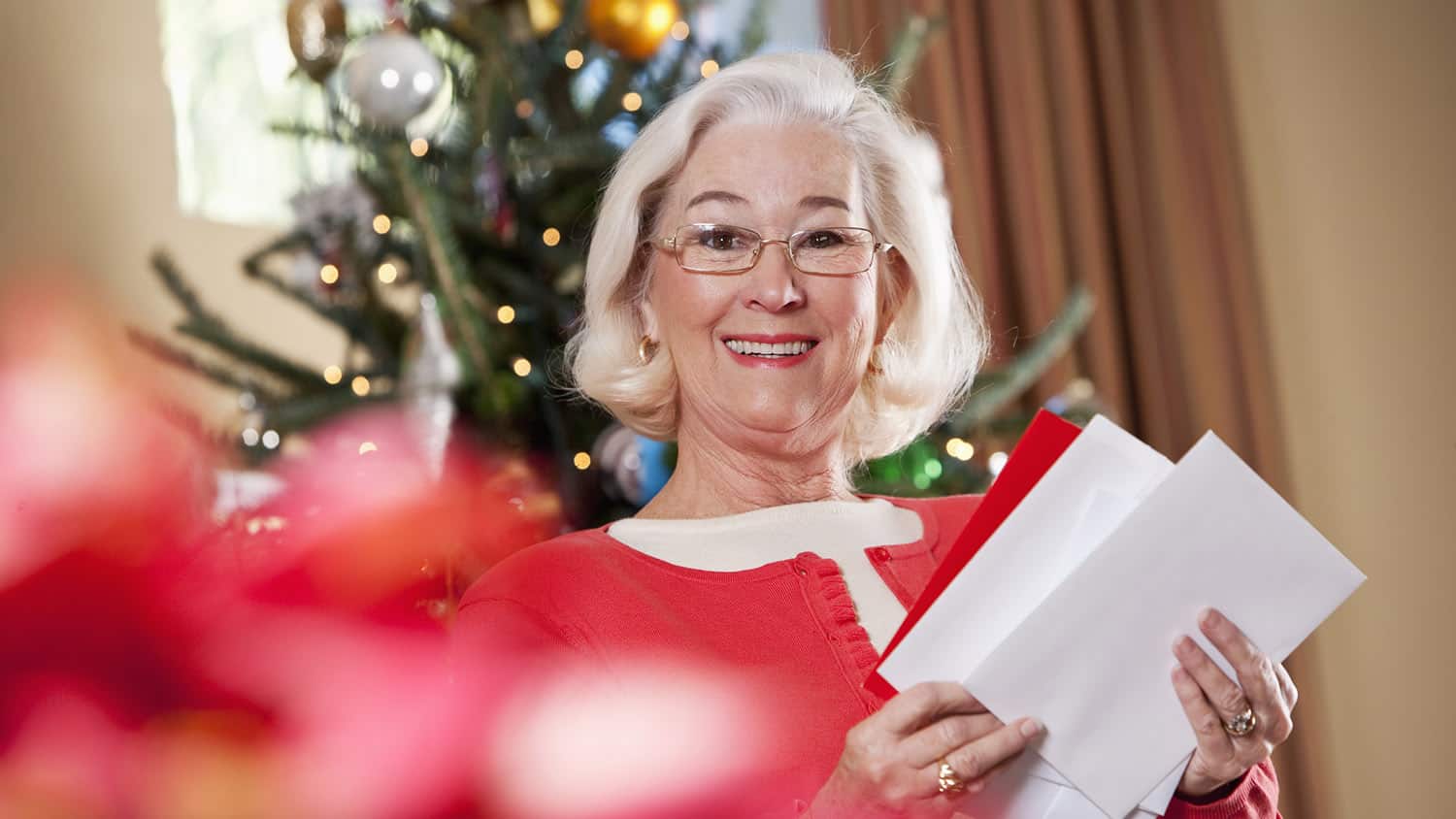