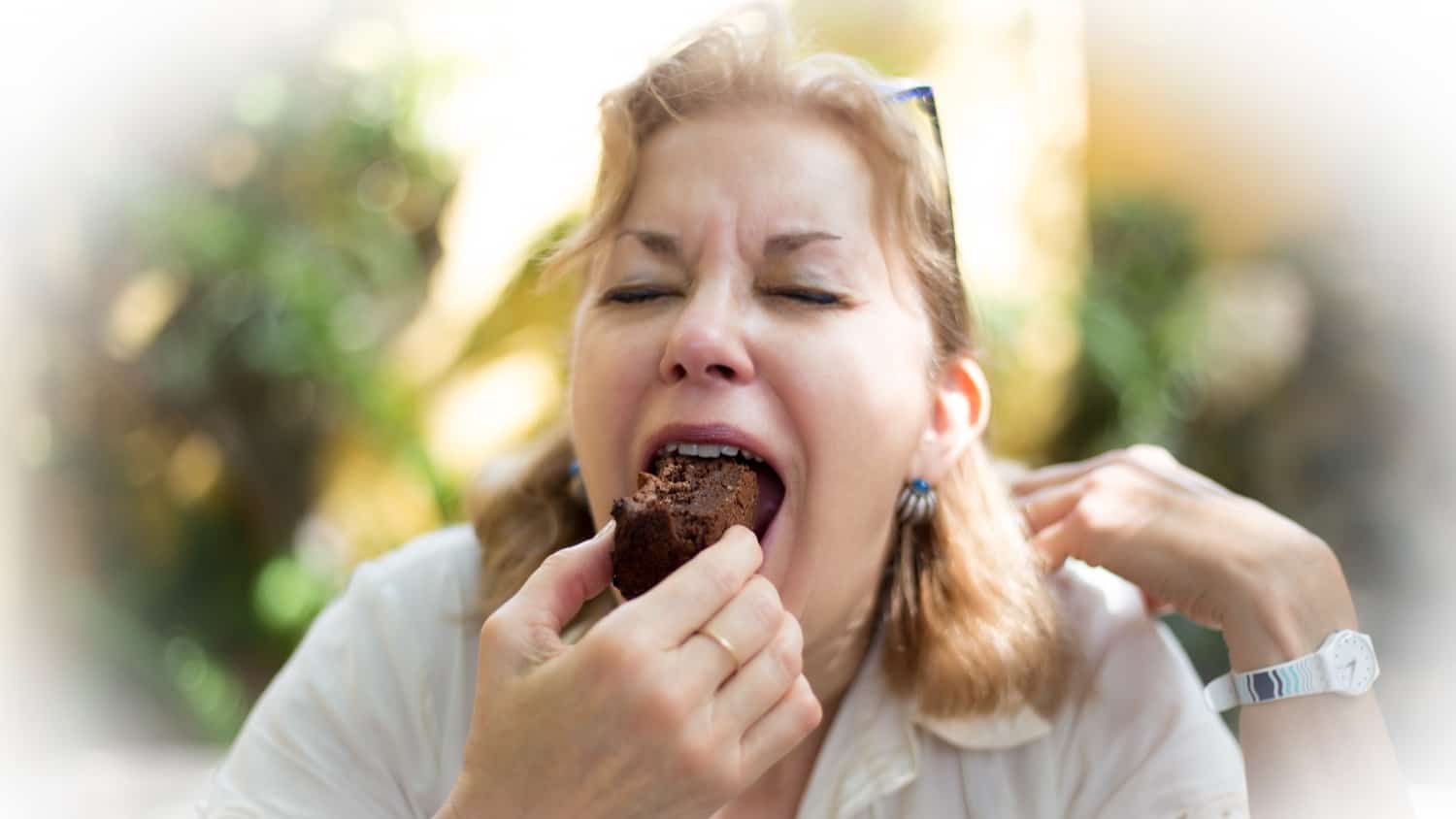 4 Steps for Managing Food Cravings While Eating What You Love

Do you often get the urge to eat when you aren’t hungry? Do you find yourself having lots of cravings for certain foods? The inability to manage cravings can be the downfall of the best efforts of many people who want to lose weight.

But why is it such a problem? And what can you do to manage your cravings so you don’t routinely overeat and gain weight?

There’s nothing wrong with craving and eating something when you’re hungry. The problem arises when you regularly have cravings for certain foods when you aren’t hungry.

Why People Have Cravings

First, let’s talk about why people have cravings. A major cause is food restriction and dieting. Yes, you read that right. Many studies have shown that for most people, attempting to restrict or deprive yourself of a particular food causes you to want it more.

Not only that, but because forbidding yourself to eat certain foods creates a mindset of scarcity, you’re more likely to overeat or binge on this food when you ultimately do eat it. This scarcity mindset is one of the reasons why 97% of dieters fail to lose weight and keep it off.

I said “attempting to restrict” because the great majority of people who don’t allow themselves to eat certain foods, whether it’s sweets, snacks, fried foods or whatever, ultimately “cave in,” and eat it, often to excess.

Does This Scenario Sound Familiar?

Let’s say you decide you’re going on a diet (which I hope you won’t do ever again!), and you can’t eat sugar. The scarcity thinking created by dieting and food restriction makes you want sweets even more than normal. Then you go to a gathering, and there are lots of delicious homemade cookies there. You weren’t going to eat any, but because you’ve forbidden yourself, you really want some.

You can’t keep your eyes off them. You decide that just one won’t hurt. Then the scarcity thinking sets in. “I don’t know when I’ll get to have cookies next, so I’d better eat my share of them while I can!” So you wolf down five, barely tasting them, and sneak a couple more into your handbag.

Compare that to someone who doesn’t restrict what they eat, but simply eats according to her hunger and fullness signals. She’s at the gathering, too. Because she knows she can have cookies whenever she really wants them, she doesn’t have a scarcity mindset.

She sees the cookie platter and thinks about whether she’s really in the mood for a cookie tonight, then decides that she’ll have a coconut macaroon. She eats the macaroon, savors every delicious mouthful, and feels satisfied. She doesn’t think about the cookies again, and enjoys the rest of the evening.

It may be a rebellious streak in you or what I call the Garden of Eden Effect. You’re in paradise with an abundance of everything, but you want the one thing you can’t have. It’s human nature.

Exploring the Roots of Your Cravings

But there’s more to your cravings than that. Often, people really need something other than food, but because food is readily available and socially acceptable, they use food in an attempt to meet needs that food can’t fulfill.

For example, maybe you’re overwhelmed because you’re working full-time but also caring for a mother with dementia in your free time, and really need some time to rest. Because you feel guilty resting, you eat chocolate to feel better.

Or maybe you’re upset because your daughter and her boyfriend, the latter of whom you aren’t fond of, moved in with you temporarily, and you have no privacy or time to yourself, plus it’s impossible to keep the house picked up and it’s stressing you out. You make friends with a pint of ice cream each night as a reward for having to put up with this.

Or you’re angry at your mother-in-law for her continual efforts to engage you in a power struggle, so you aggressively munch down a bag of chips.

Those reasons for eating aren’t really about food. Most overeating isn’t about food. It’s about using food to fill a need that it can’t fill, and that you might not even be aware that you have.

That’s why, if you want to stop having cravings, it’s so helpful to dig deep beneath them and figure out what you really need. Behind every craving, there is almost always an emotional need that’s being neglected.

If hunger isn’t the problem, food won’t solve it. It may make you feel better for a few minutes, but once the food is gone, you’re left with the same problems that prompted you to eat in the first place, and may be adding to your problems by continuing to gain weight.

What Do You Really Need?

To figure out what you really need, ask yourself questions like these:

For example, when I was an adolescent, my mother often told me what I should and shouldn’t eat. I resented this and her attempts to control what I put in my body. As an adult, when I visited my mother, I would sneak food as a way to spite her.

She didn’t know I was doing this, and I obviously was only hurting myself, but I was doing it in reaction to things that happened in my past. Once I realized this, I could stop raiding my mother’s pantry. Do you binge on foods that your parents wouldn’t let you have as a child?

Some people crave certain foods for nostalgic reasons. Perhaps you crave your mother’s special apple cake because you miss her, and it makes you feel close to her to eat “her cake.”

Here’s a big one: maybe you don’t have enough pleasure in your life, so you rely on food as your main source of pleasure. If it’s pleasure that’s missing in your life, there are some ideas in my Sixty and Me post entitled, “What is Your Hunger For? More Pleasure in Your Life, or Food?”

Sometimes, you just crave foods because you’ve deprived yourself of these foods as a chronic dieter, but often, there’s something deeper underneath those cravings.

So What Can You Do to Manage Your Cravings?

Get Rid of Your Lists of Forbidden Foods

That and start working on cultivating what I call an Abundance Mindset. I know it might feel scary to give yourself unconditional permission to eat whatever foods you love. You may feel powerless around certain foods right now. You may feel like it’s impossible to stop eating your favorite foods once you start.

I get it. I used to feel that way too. But that’s because you’ve restricted these foods in the past. You think of them as scarce, so you want them even more. But if you listen to your body, it won’t tell you to eat brownies all day because you’d feel awful.

It may take time, but once you’ve established an abundance mindset, you won’t feel the lure of those foods, and will trust yourself and feel the freedom of being able to eat what you love without going off the rails. Check out my Sixty and Me article “How to Enjoy Holiday Food Without Gaining Weight” for more on cultivating an abundance mindset.

When you eat these foods you love so much, why not pay attention and savor each bite? You’ll enjoy them so much more that you will be satisfied with less, and your cravings will wane. On my website, you can download a free 30 Days of Conscious Eating calendar that will help you dip your toes into being a more mindful eater, one step at a time.

Discover what is underneath the urge to eat when you aren’t hungry, and give yourself what you really need instead of food. To do this, think about these questions:

Then consider how you think you’ll feel if you eat this food and compare it to how you will feel if you don’t eat it. Make an intentional choice.

The last method for managing cravings is a mindfulness technique called Urge Surfing. Urges to eat when you aren’t hungry, or to eat too much sugar or drink too much, are like waves in the ocean. They rise in intensity, peak and then dissipate.

If you’ve ever swam in the ocean, you know that there’s no way to beat those waves. You can’t resist them or fight them, or you may even drown. You need to move with them. Urge surfing involves noticing the urge, then letting it gently pass without fighting back against it or white-knuckling it.

For example, when you’re stressed about a project at work and feel the urge to eat to feel better, say to yourself, “thanks, but eating when I’m not hungry won’t help me get this project done,” and just ignore the urge. It will pass in a few minutes.

Urge surfing is a great way to allow us to choose behaviors that bring us towards what we really want in life, our long-term happiness, rather than on fleeting immediate gratification. Listen to Episode 66 of the Weight Loss for Foodies podcast to learn more about how to do it, and Episode 67 has a guided urge surfing meditation you can use when you feel the urge to eat but aren’t hungry.

The way to make cravings a thing of the past requires you to recognize that food is fuel for your body, but also a source of pleasure. After years of dieting and restrictive thinking about food, many people have difficulty giving themselves permission to eat what they want and what their body wants, and to really enjoy food. That’s why you hear people talk about certain foods as being “sinful,” when in reality, food is just food.

Using these four strategies when you have a craving to eat but you aren’t hungry will help you establish positive eating habits that will allow you to enjoy the foods you love without overeating them.

Do you find yourself craving forbidden foods? Who forbade those foods in the first place? What happens when you get a hold of the foods you really crave? Do you think you have a scarcity mindset? Does it control your food habits? Have you tried surfing your urge to eat when you aren’t hungy?

Shed 10 Pounds in 10 Minutes? What to Do if You’re Struggling to Lose Weight After 60 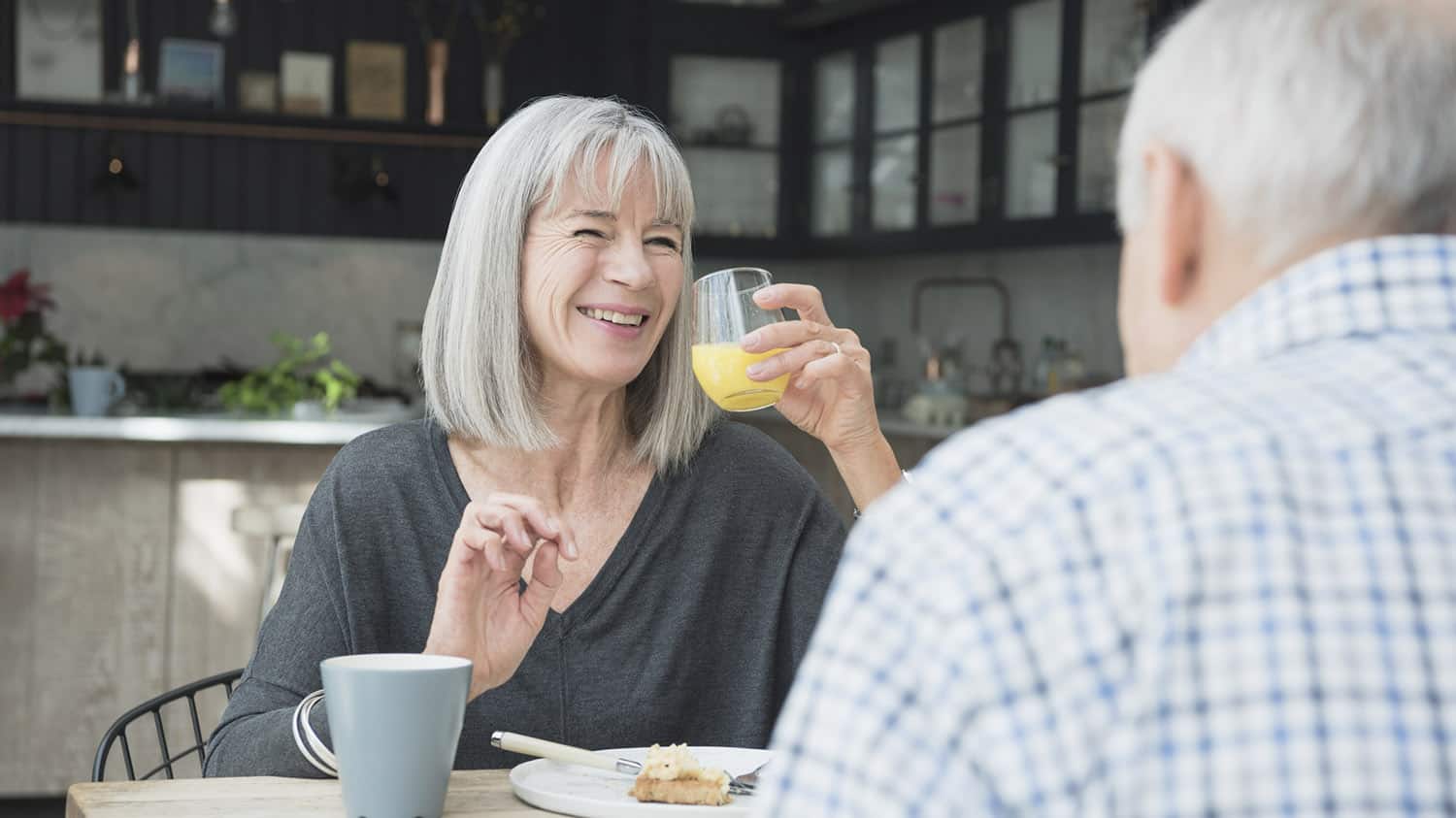 Eat Breakfast and Nix Night Eating for Weight Loss After 60