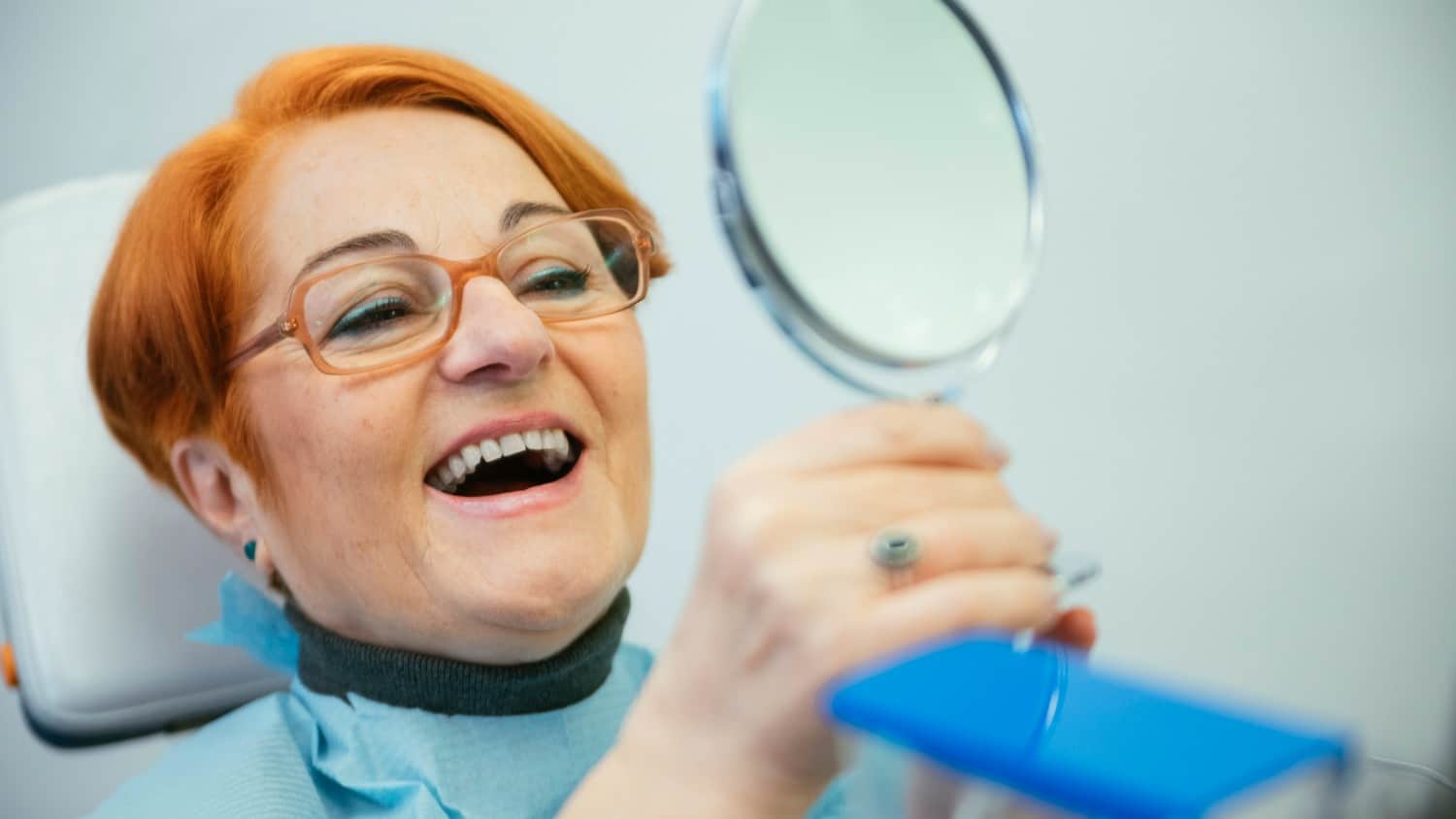 How Important Is It to Take Care of Your Physical Health After 60? Part 3: Teeth

I was sitting at a dinner table in Vietnam with fellow tourists on one of our first nights together. The woman sitting next to me said something I didn’t hear because I was distracted by the poor condition of her teeth.

Her teeth were a shade of gray flecked with yellow, and it was obvious they had never been embraced by braces either as a child or adult because her eye teeth were jutting forward. I felt guilty for judging, and I meant no disrespect.

Yet, I began to notice that my seat-mate was not the only tourist at the table who had neglected the basic primary oral care that can keep people over 60 more attractive and younger-looking.

It was a wake-up call when my significant other told me that I should do something about my crooked bottom lower teeth. Although I had been obsessed with good dental care for years, I never saw my bottom teeth as a cosmetic concern.

I immediately went to my son’s orthodontist and got braces on my lower teeth, only I chose to have them implemented on the inside of my lower teeth so they didn’t show. Wearing braces isn’t cool at any age, it seems.

The snaggle tooth problem was solved, and with retainers (upper to keep my bite in line and lower to keep the teeth straight), I was personally pleased and more confident.

But through the years, I realized that the porcelain cap on my chipped front tooth, acquired after falling over a railing in the summer of going into the fifth grade, needed work.

The gums underneath the tooth were impaired and bacteria was prevalent due to bad dental hygiene (translated: the dental hygienist never cleaned the area), despite the fact that I faithfully had my teeth cleaned twice a year since I was eight years old.

Lessons learned: your best friends are your dental hygienist and a dentist who understands what creates a beautiful smile, preferably one that displays white teeth instead of aging gray.

The moment my dentist told me that the reason for bacteria build up behind my capped front tooth was a result of a lack of cleaning by previous dental hygienists, the light bulb went on. Get the best dental hygienist you can find and make her your best friend.

And because gums get soft with age and can often develop abscesses as they pull away from the bone and separate from the teeth, my new dental hygienist suggested I get my teeth cleaned every four months instead of twice a year.

Most boomers don’t have dental insurance with a medi-gap plan. If you do have insurance, it is quite possible that you get the recommended teeth cleanings twice a year. Any other dental work, such as crowns (maybe you get a discount for a crown), comes out of pocket.

If you want to keep your teeth sparkling white, maintain healthy gums, go the extra mile to create a devastating smile, and have four dental visits a year instead of two, insurance won’t provide coverage.

Either the extra costs will come from other sources, like disposal income or bank savings, or you might take one less vacation a year, or you might find a dentist that offers insurance through his/her office.

Find a Dentist who Specializes in Smiles

More and more, you see signs on dentists’ offices that announce that they Specialize in Smiles. I was fortunate to have been going to a dentist who was way ahead of the curve and was doing cosmetic dentistry for years before it became popular.

Today, Smiles are a trend. More and more people are concerned about the appearance of their teeth. Bad teeth are an indication of aging, even in young people, but especially with boomers.

I was ahead of the curve, too, because of a chipped tooth. Way back in 1956, Dr. Kagan decided to put a plastic cap over my chipped tooth as I went into the seventh grade. Over a span of two years, the cap discolored, and I would have to get a new one every other year.

When I was 26, the dentist gave me a permanent cap over my front tooth. And then, in my 40s, I had that tooth recapped again.

Interestingly, no dentist I saw suggested to file down the old tooth, which was definitely dead. When I started to see a dentist in Las Vegas, a city always concerned with looks, I found myself in good hands with a knowledgeable and professional dental hygienist.

As soon as the hygienist began poking around my cap, she realized the cap had to come off. Bacteria was discovered in the dead tooth, causing the gums to pull away.

The dentist decided to not just put on a crown, but to match that crown with a veneer – all color matched in the lab. It was transformational.

And they even offered trays that I wear at night to keep my teeth straight. The only downside to my amazing procedure was that I was not able to do teeth whitening. Once you have a crown or a veneer with permanent color, you cannot whiten your teeth because the coloring will not match any longer.

If you have bridges or crowns in your mouth, it is unlikely you are a candidate for whitening. But if you want whiter teeth, ask your dentist for suggestions.

Many years ago, I remember buying a whitening kit over the counter. It actually worked until the dentist asked me what I was doing to my teeth. I told him I was whitening them. That’s when I learned that my porcelain cap was not ever going to become the same color as my whiter teeth.

A dentist’s office has a procedure for whitening. It is a professional service and undoubtedly costs more than the over-the-counter whitening kit, which I purchased years ago. Be aware, this procedure takes several office visits to the dentist, but it is well worth it to have beautiful, white teeth.

I can’t stress enough the cumulative effect of finding a dental hygienist who understands all the variables of not just teeth cleaning four times a year, but also of gum disease and cracks in cavities, one who recommends you get rid of the mercury fillings of the past and replace them with an amalgam, and one who has a good working relationship with his/her dentist.

Being consciously aware of how beautiful your smile will be with straight teeth that are white instead of gray, and healthy gums, will give boomers more confidence and a sense of looking youthful. It’s well worth the cost and effort.

Please check out my other articles in the healthy aging series: how to take care of your eyes, and your hearing.

What’s the current state of your teeth? How did it get there? What can you do about it? Do you have insurance coverage, or would you have to pay out of pocket for dental care? Are you prepared to face the next decade with a sparkling smile? Please share your thoughts with the community!

I get my teeth cleaned quarterly. Insurance pays for 2x and I pay the other two. It’s worth it because my teeth are close together and I get a lot of plaque and tartar, especially in certain areas. Also, my hygienist works at my dentist’s office. If she sees anything that might require repair, he will take a look and give recommendation for treatment so it can be scheduled and fixed.

Dentistry for my brother and sister was never in my parent’s budget unless we needed a tooth pulled. As we got older and out on our own just keeping a roof over our heads was #1 priority. When I became a parent my daughter’s teeth were my priority.I always got complimented on my smile even though I had gaps and widely spaced teeth. But it didn’t stop me from being outgoing. Until I worked in an office as first point of contact. I started noticing teeth as I pondered how do my teeth look to them?? I heard comments about my teeth on the job but I kept showing compassion to the public and coworkers. I started researching what could improve my smile. Omg the prices!! I needed cosmetic dentistry. After leaving that job I used some severance money and got some teeth. Not top of the line but an alternative. Good teeth do make a difference in your presentation to others. My prayer is to be able to bless others to get great smiles. When keeping a roof over your head and feeding your family certain things aren’t able to be included in your budget. Believe me, I know.

Getting a cleaning 4 times per year!? I have NEVER had a dentist say that to me!

This article is nonsense.

Out of Pocket… Savings… Please realize, as much as I would love to, it’s not a reality for me (and millions of other senior women); but a luxury. Sadly, basic dental and vision care are just a dream for many of us. Retirement, caregiving for parents, divorce, major illness have created financial devastation, depression and loss for me. I wish I could afford what so many take for granted. Please be mindful, some of us struggle differently. But, thank you for the tips. I won’t give up. 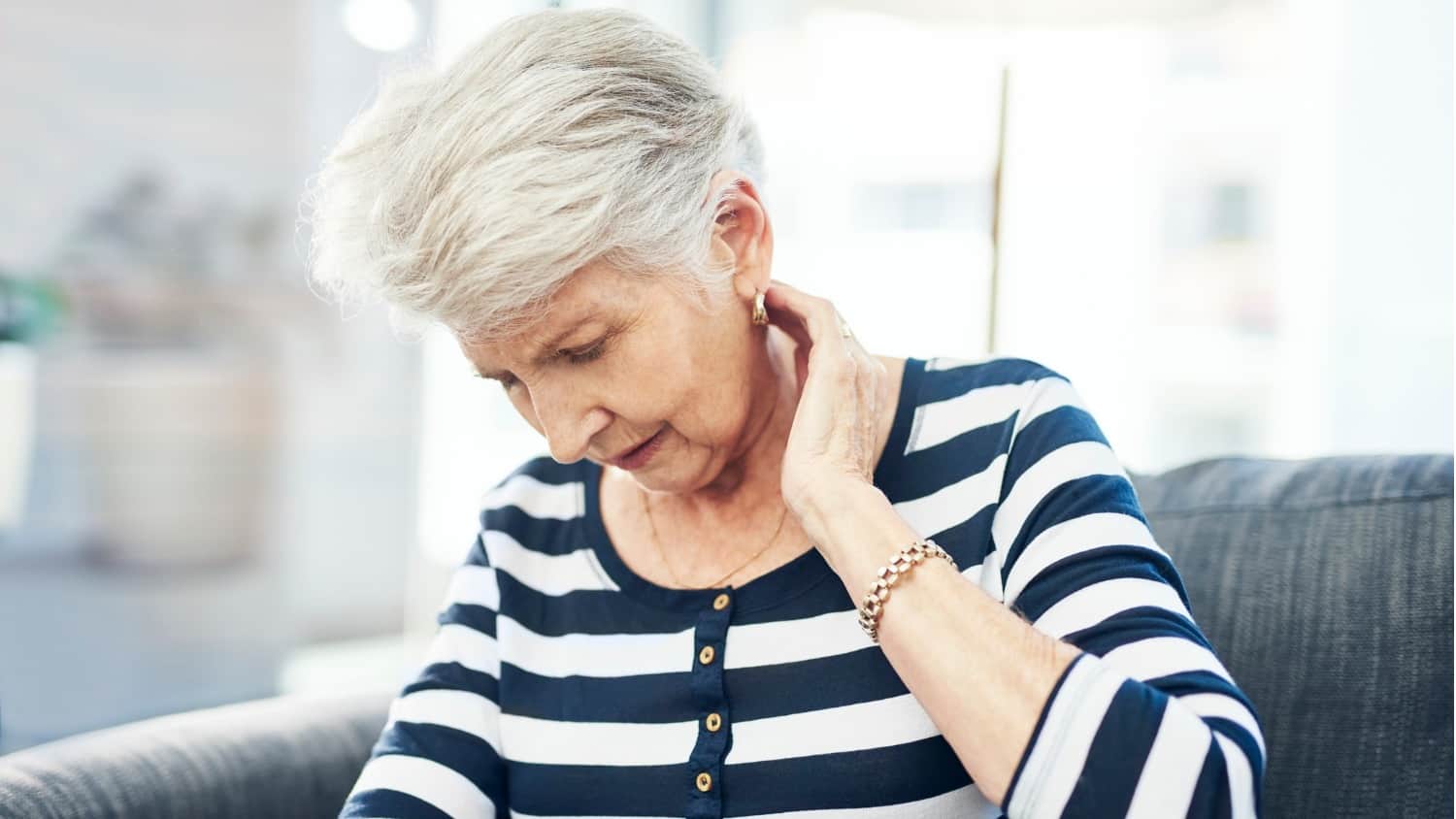 Is It Possible to Fix the Hunched Posture That Affects Women Over 60?