We all experience those periods when we sense a relationship is amiss. Or we know deep down we should make some changes on a personal level. But we look the other way, pretending not to notice, until we get a gentle shake, or even a swift kick, from the universe.

And then – forced to act upon the precise issue we didn’t want to see, we set off in a direction we never dreamed to take.

In the West, We Simply Want More

Courtney Carver’s life rolled along, fueled by the “more is best” philosophy. After graduation from The Savannah College of Art and Design, Courtney was submerged in credit card bills and student loans.

When her paychecks as a sales rep began to roll in, instead of paying off her debt, Courtney bought more. More clothes, shoes, decor, and gadgets. It was a vicious cycle. She spent more than her budget allowed, agonized over her mounting debt, and shopped more to relieve her anxiety.

And then came the swift kick.

A Shock to the Core

In 2006, at the age of 37, Courtney was diagnosed with multiple sclerosis. None of the information she devoured about this unpredictable disease, which attacks the central nervous system, was encouraging.

Overcome with panic and fright, Courtney feared she would wake up blind, lose her ability to walk, and most important, not be around to raise her young daughter. Her neurologist (the one she later “fired”) told her it was “only a matter of time.”

Thanks to additional books and articles and a helpful new doctor, she learned stress – which can lead to inflammation in the body – is a contributor to MS. “I don’t know why that was such an enormous realization. It seems like a simple concept now,” shares Courtney.

One area at a time, Courtney examined ways to streamline those activities which often launched her into a tailspin.

She began to plan menus in advance and cooked healthy, simple meals for herself, husband, and daughter. Little by little, she paid off her backlog of bills. She and her family moved to a smaller home, downsizing clutter and living in a space with less maintenance and expenses.

As time went on, Courtney managed her disease, lived well, and realized simplicity was her key to reduced anxiety. She discovered less is more and looked for other ways to simplify her life.

And then she glanced at her overflowing closet.

Just like me, and probably many of you, Courtney had a closet stuffed with outdated dresses, tops she never wore, and handbags she couldn’t part with because she’d paid a lot of money for them. “The simpler my life got outside my closet, the more obnoxious my closet seemed,” she says.

She needed a drastic measure for her closet overhaul. She pared her closet down to 33 items to make do with for the next three months. That’s it. Everything else she packed away in plastic containers and carted to the garage.

Her 33 items included one handbag (yikes!), “a pair of shoes for each style or need” (gulp), minimal jewelry, a single scarf, and outerwear. And her work and casual clothes.

She did not count workout wear, pajamas, the pieces of jewelry she never took off, or underwear.

And guess what? No more running late to her job because she couldn’t decide which black top to wear.

She no longer agonized over which jeans looked best for dinner with friends. Packing for a trip was a breeze. For clients and community events, Courtney threw on her black dress and necklace, and she was out the door.

To hold herself accountable, Courtney labeled her closet purge Project 333 and posted it on the Internet.

“My fun experiment took on a life of its own,” she laughs. It turns out closet and wardrobe stress is a real thing for many people.

What began as a “weeding out” challenge for Courtney turned into a lifestyle. For the past 10 years, she’s sorted through clothes and shoes in three month chunks. “33 items works for me,” she says. “That’s all I need.”

What This Means for Me

I must admit I love clothes and shoes way too much to whittle my closet down to such a drastic few items. But maybe my magic number is 55? Or 60?

As I examine my wardrobe, I notice I have five of the same ribbed-cotton sweater in a range of colors. I reach for these tops again and again. These staples work with all jeans and pants, look flattering, and require no thought – they are simple.

Most of us tend to wear the outfits we’re most comfortable in or look the best in over and over. We have our “uniforms.” I suppose the adage, “We tend to wear 10 percent of our closet, 90 percent of the time” rings true for the majority of us.

My conversation with Courtney has prompted me to pause before I buy the next great pair of shoes just because they are on sale for a good price. Or the sweater my daughter-in-law swears looks fabulous on me, but I don’t really need.

I tend to think and evaluate more. Is this good for travel, for dinners out, for errands? How will I use this piece?

A Blessing in Disguise

With the Salt Lake City sunshine streaming in the windows, I ask Courtney if she considers her diagnosis a blessing. “One hundred percent,” she says. “I’m healthier mentally and physically. Gone are the days of worrying what I should do and who I should please and how my life should look.”

As it should be for all of us.

Are there traumatic events in your life that have turned into blessings? Could your closet use an overhaul? Do you tend to wear the same things over and over? What steps have you taken to simplify your life? How did that benefit you physically and mentally? Please share with our sisters!

For over five years, Pam Lamp has explored one new thing—every single day. At Who I Met Today, she writes about these discoveries and the people she’s met along the way. The Who I Met Today podcast is now available on all podcast platforms. A book lover, Pam lives in Nashville. 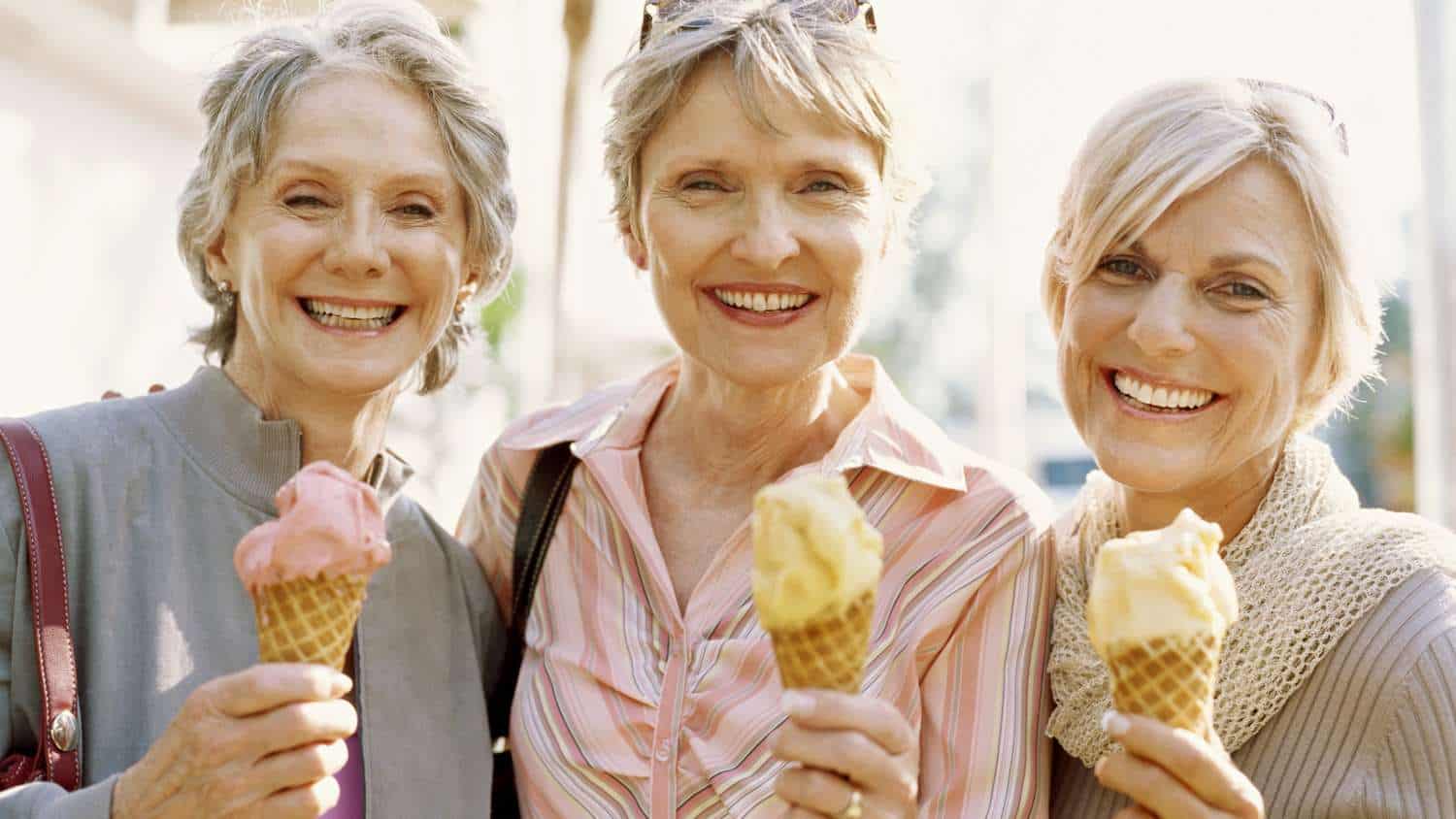 How to Start Your Own Golden Girls House (Video) 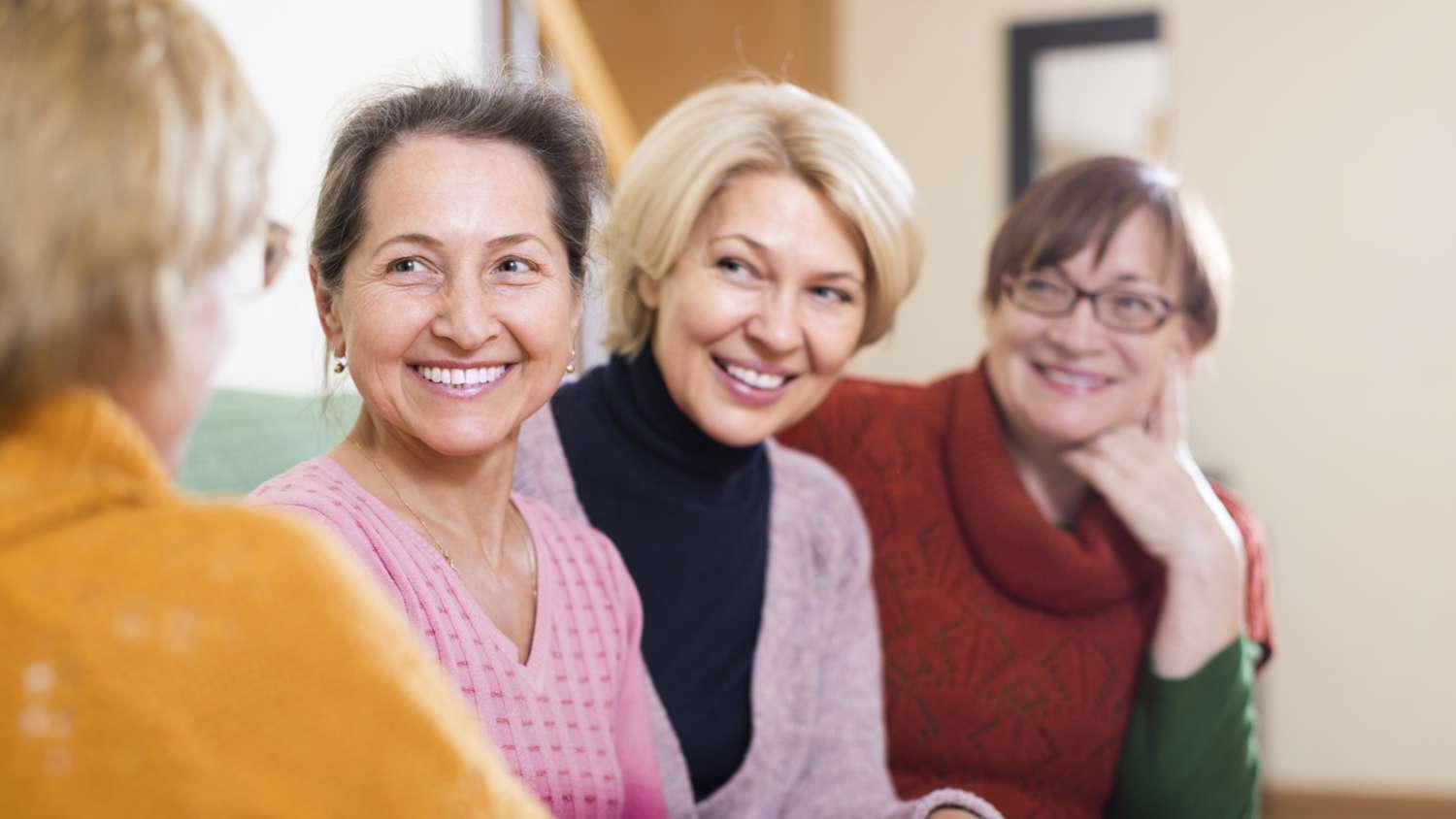