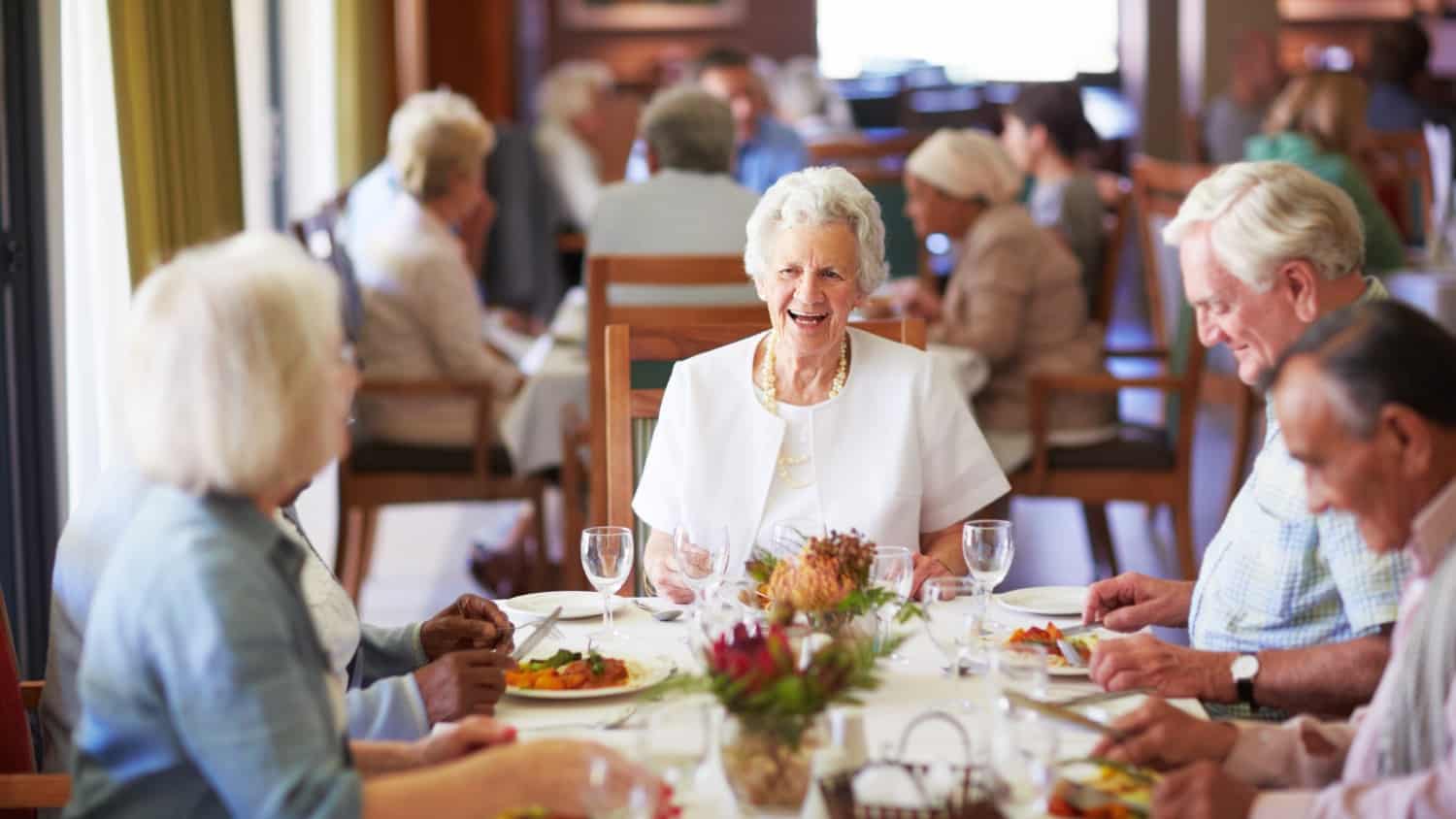 The Importance of Meaningful Conversation at Any Age

As an only child who grew up with a quiet and introverted mother and a father who worked very long hours, there wasn’t a great deal of meaningful conversation in my household. In fact, being raised on TV dinners made the meals go even more quickly.

My mother rarely initiated conversation, shared her feelings, or wanted to discuss the goings-on in the news, and when she did, she often made negative comments.

Having dinner was basically just a time to eat and then get back to whatever we were each doing beforehand. Typically, I’d retreat to my room to read or write in my journal, and my mother would go to the small guest room beside the kitchen and sit on the leather sofa.

There was not one particular place where we congregated to watch TV. There was a small television in the living room, but the screen was so small that really only one person could sit in front of it at a time.

Plus, our sofas were S-shaped, so everybody was turned away from one another while sitting – hardly conducive to communing.

That pretty much summed up my childhood, which is probably why I became a writer: I needed a forum for self-expression. My father was a little more vocal, but he worked long hours in the retail industry and rarely had dinner with us. My conversations with my mother tended to be more superficial in nature.

Over the years, I came to understand that she was often in a depressive state, which is why she slept late, and why, for most of childhood, I was left to my own devices. The only time her mood ever really shifted was when she was about to leave the house to go ride her horse at a ranch about an hour away.

A Different Kind of Mealtime

I had a small family, with just a few cousins whom I rarely saw. It was only when I met my husband at the age of 18, and stayed with his family, when I realized that people actually sat down for meals and talked about all sorts of things.

For me, this was illuminating, but at the same time, I felt mute. When I was asked a question or my opinion about something, I was only able to respond with a couple of words.

I just wasn’t practiced in, or comfortable with, the art of conversation. But I have to say, I was always a great listener, and going to nursing school definitely helped me hone my communication skills.

Eventually, it all worked out the way it was supposed to. I became a writer, and this served me well. I’ve also become a good conversationalist; thus, my life passion has been to help others communicate in their chosen form.

I’m still not completely spontaneous (verbally) in most group situations, as I’m often afraid that I’ll be misunderstood. My spoken words were not heard as a child, so I figured that the only way to have a voice was through my writing.

Now that I’m a grandparent, I see the value in communicating and storytelling. I even created Conversation Cards for Meaningful Storytelling, a card deck based on my book Writing for Bliss. The cards are a way to connect those of the same generation and also those at an intergenerational level.

The idea was inspired by a discussion I had with a college student who told me that she often asked her grandmother to tell her a story. “I have so many stories; I don’t know where to start,” her grandmother would say.

Grandparents, in particular, strongly influence their grandchildren, and the relationship is usually a unique one. I was very close with my grandparents and easily expressed myself with them. I never felt judged. I want my own grandchildren to feel the same way. I want them to freely give voice to their feelings and experiences.

We all learn by hearing one another talk, but most of my learning came from books. Being able to communicate is such a vital skill, and while it can be learned, it’s best if nurtured in one’s early years.

To communicate well means being understood. Communication also fosters empathy and understanding between people, which is vital for the entire human race. Conversations are what connects us as human beings. At so many levels, they nurture relationships.

We need to continue to have conversations and discussions with one another to maintain a sense of harmony and understanding. So, the next time you have a conversation with someone in your life, make sure that you choose your words wisely… and remember the power they have.

What is your conversation level? How well do you do in a social setting? Are you quiet or verbal? What is your best means of communication? Why do you think that is? Please share your thoughts with our community, and let’s have a conversation!

I am an Asian and I have a son in law who is a foreigner. In having conversation with him I consider the culture they have and the kind of culture we have in my country so we can understand better. We have good conversations together and also with my daughter. But there are times that there pronunciation is different so I have to decipher it to understand better. At any rate, I have learned many things about their country.

Don’t Stop Living After 60 – You Will be Astounded by What You Discover!

Lost Childhood? It’s Never Too Late for a Do-Over!