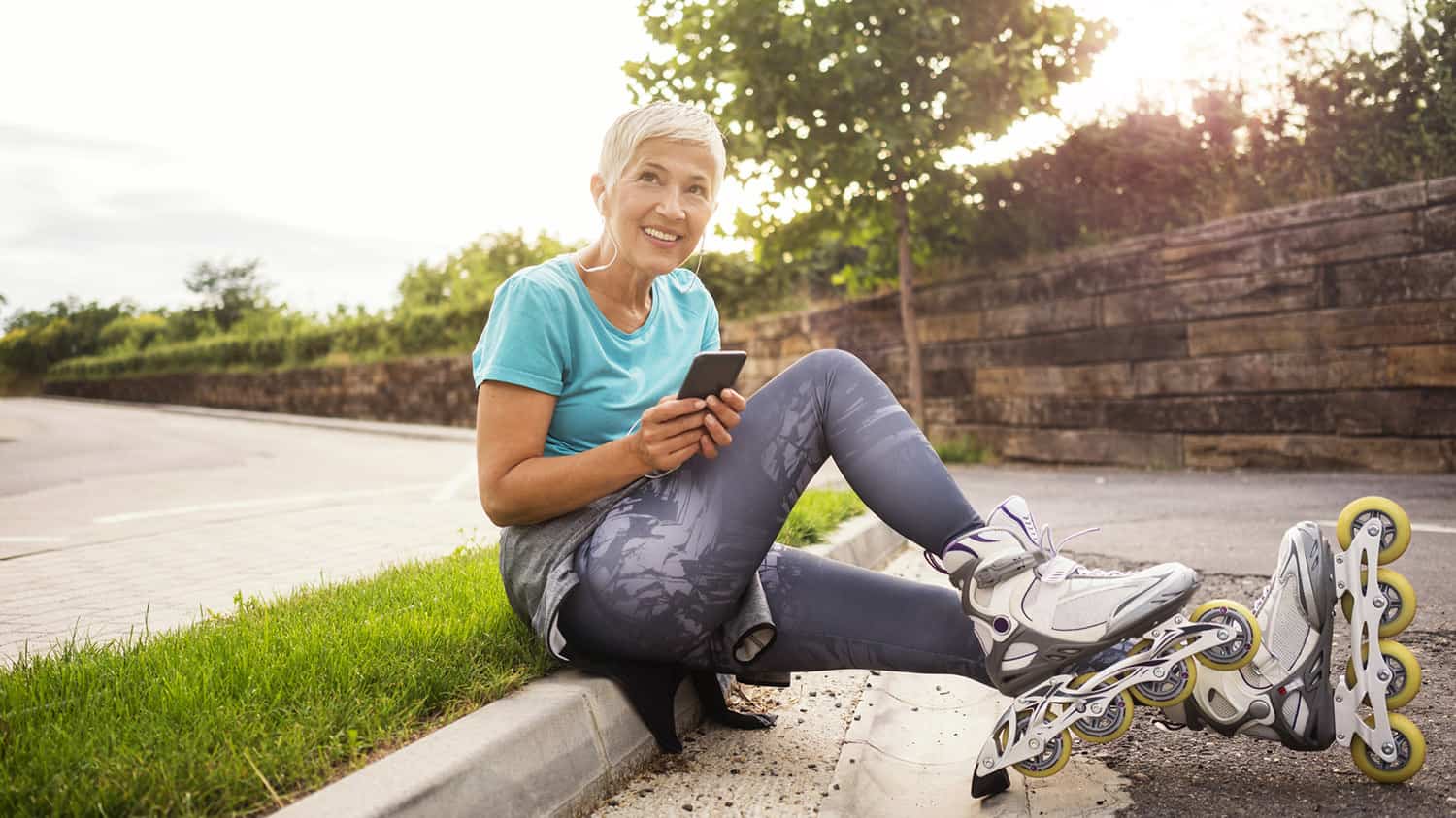 Want to Push Your Boundaries in Your Mature Years? First, Know Your Limitations

I stood, wobbling on inline skates, in the bright Colorado sunshine, balancing precariously on the asphalt of a large movie theatre. Good thing the lot was empty as I needed plenty of room.

I had brought pads, but my teacher was so confident that I would never, ever, ever fall that she insisted I leave them in the trunk.

Be careful who you listen to: your intuition or an overconfident teacher.

My Unfortunate but Illustrative Story

Let’s set the stage. I’m about as graceful as a dyslexic camel who’s had several bottles of vodka. You put me on skates at 62, which I was at the time, and this is a setup for comedy.

The first few minutes went well. I work hard at my balance, am not a horrific athlete, but learning to skate this late? Well.

My teacher, pleased with my progress, turned her back on me for a moment.

Right about then, I windmilled my arms, my feet went flying, and I went down hard on my coccyx.

I let fly with some colorful verbage that drew the attention of a few folks who were on the nearby path. They were skating. I was hurting.

She apologized. I got back up. Breathed. We tried again.

As soon as I built up some momentum, for some reason, she turned her back on me once again. I windmilled and fell.

This time, too hard. I had really hurt my pelvis. As I lay there looking up at the fluffy clouds, with this woman standing next to me, mad that I had fallen on her watch, I considered what I had just done.

The word (stupid) comes to mind.

I laughed, cried, laughed, and cried again. Screamed when I tried to move. Laughed again.

When I went to my sports chiropractor, he intoned that I would develop arthritis in both my hips. I had lost about 30% of my range of motion (ROM).

Not one to accept such proclamations, I went home, dug out a set of yoga DVDs (Shiva Rea, which is on the background as I write this), and went to work.

Three weeks later, he was shocked. I had gained even more ROM than from before the accident. Nice outcome, but I sure paid for it. The gift of my dumb move: I am now a serious yoga practitioner.

As I age, and I am now 69, I do pretty extraordinary adventure travel. A couple of years ago I spent four weeks in the extreme Canadian wilderness. On that trip I met two friends, 65 and 67 respectively, who had taken on far more than they could handle.

One hated horses. Why she would sign up for a wilderness trip involving horses when she hates them is beyond me. She couldn’t ride, wasn’t in shape for the extreme conditions, brought clothing that belonged on a cruise ship, and got herself injured almost immediately.

She claimed all kinds of athletic ability that she clearly did not have. May have once had, but not now. That’s a mistake that many of us make.

Her friend, who does yoga, is not a rider. She is a rookie, and holds her reins the way a socialite might hold an expensive pair of evening gloves. She adores horses, and insisted on riding Riley, a huge half Percheron, who is also green. Because of that, dangerous, if you’re not a skilled rider.

At one point, Riley took off at a hard gallop. I was right on their heels, watching this sweet woman be whipped around like a Raggedy Ann doll.

As we zigzagged through the dense forest, the inevitable happened. She was thrown hard into the dense bush. Riley disappeared. I pulled to a stop a few feet away, blew my whistle for help.

She was covered in grass, a few scratches. Hurt her back a bit. Again, she does yoga, and kindly, let me remind all of you, this can indeed save you even if you don’t insist on riding a green horse. She was monumentally fortunate.

About Comfort Zones and Boundaries

I am all for pushing our boundaries. But let’s not be foolish. Age, disease, illness, sarcopenia, lung capacity loss all weigh in what you and I can do now.

If we train regularly, we can stave off, but not prevent, the inevitable declines of age. What’s so very important is to do an honest self-assessment. If your adventure is physical, get a checkup. Understand your limitations; we all have them, and likely a few more at this age.

If you insist on taking on an adventure, the way these two women of age did, it would make sense to do some serious preparation. As in, learning far better riding skills, and not demanding a horse just because you happen to like his looks.

For example, there are horses I love to look at and admire but which, even though I am an advanced rider, I know damned well would not be a good idea. This is how people get badly injured or killed.

Both of these women presented a liability to the others in the group, and to the guides, who had 23 horses, seven riders and a massive number of moving parts to manage in the middle of some 60 million hectares of pristine wilderness. No roads. No phones. No nothing. You see what I mean.

Know Your Limitations and Work on Them Wisely

This isn’t so much a criticism of these women. Both made it out all right. It is, however, fair warning to all of us to perhaps be a touch more mindful when the passion hits to push our boundaries to a new level.

It is also a statement of the hubris to which we are all subject when we are not honest about what we can and cannot do as we are today, right now. As I age, I note, not without some sadness (and humor, let’s be fair), that there are some things that are best left to others. Like, inline skating, for example.

That said, the beauty of our bodies is that if you work at it (and again, I will support Gentle Yoga), begin where you are, and take steps that better fit your personality and your fitness level, it’s amazing where you can go.

Erase your boundaries. Please. But let’s be mindful so as not to erase ourselves along the way.

What big adventure, change, or challenge did you take lately? What did you do and how did you prepare? What tips might you have for others considering taking a risk? Please share with our community!

Everything in this article is SO true! I think some people don’t like to accept that they’re getting old, so they push their limits too far. But there are so many activities that we can do into our hundreds (😄) that there’s no reason to risk our health. Thanks for the interesting article. 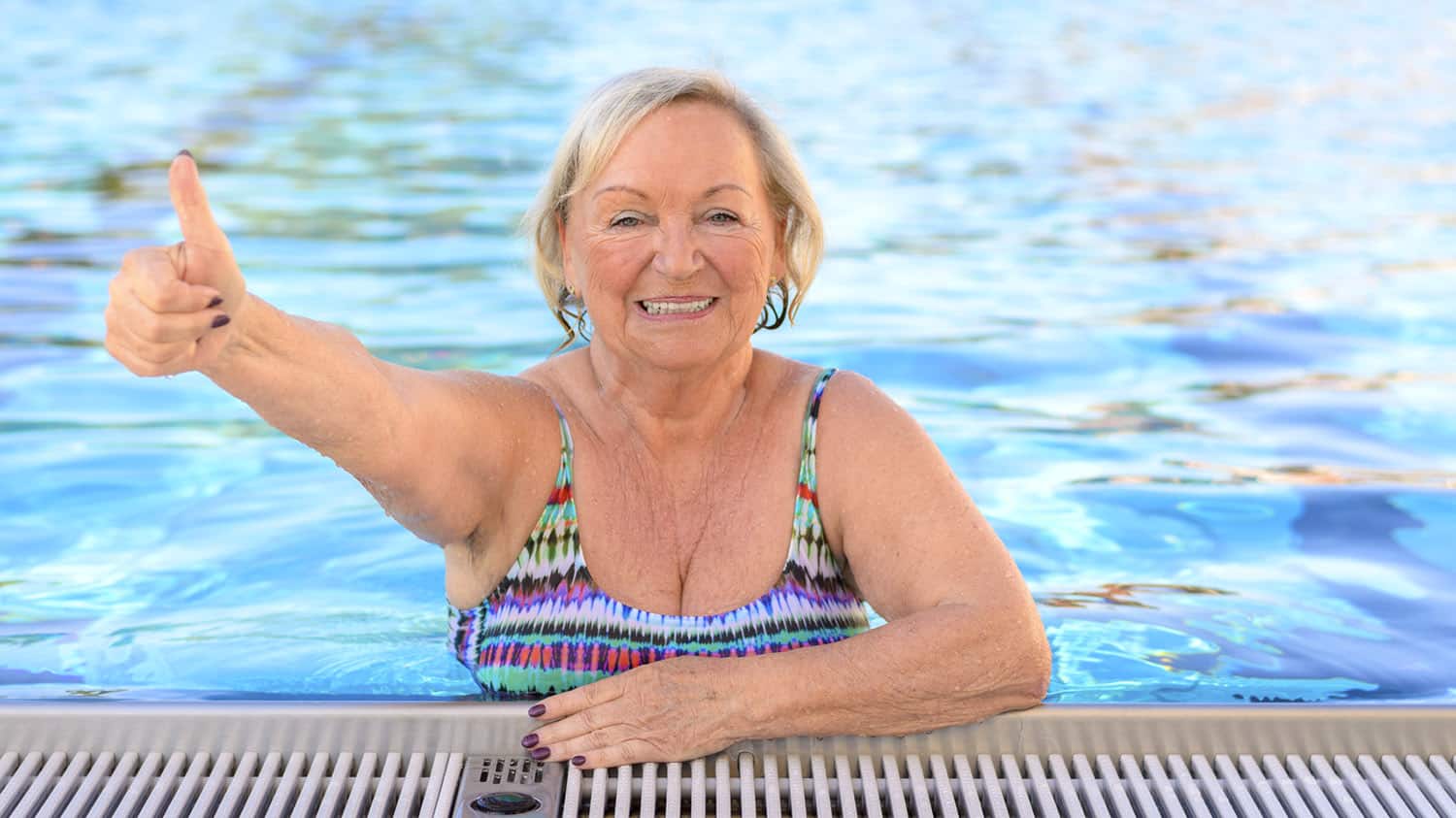 Exercise After 60: Here are 6 Activities You Can Enjoy at Any Age 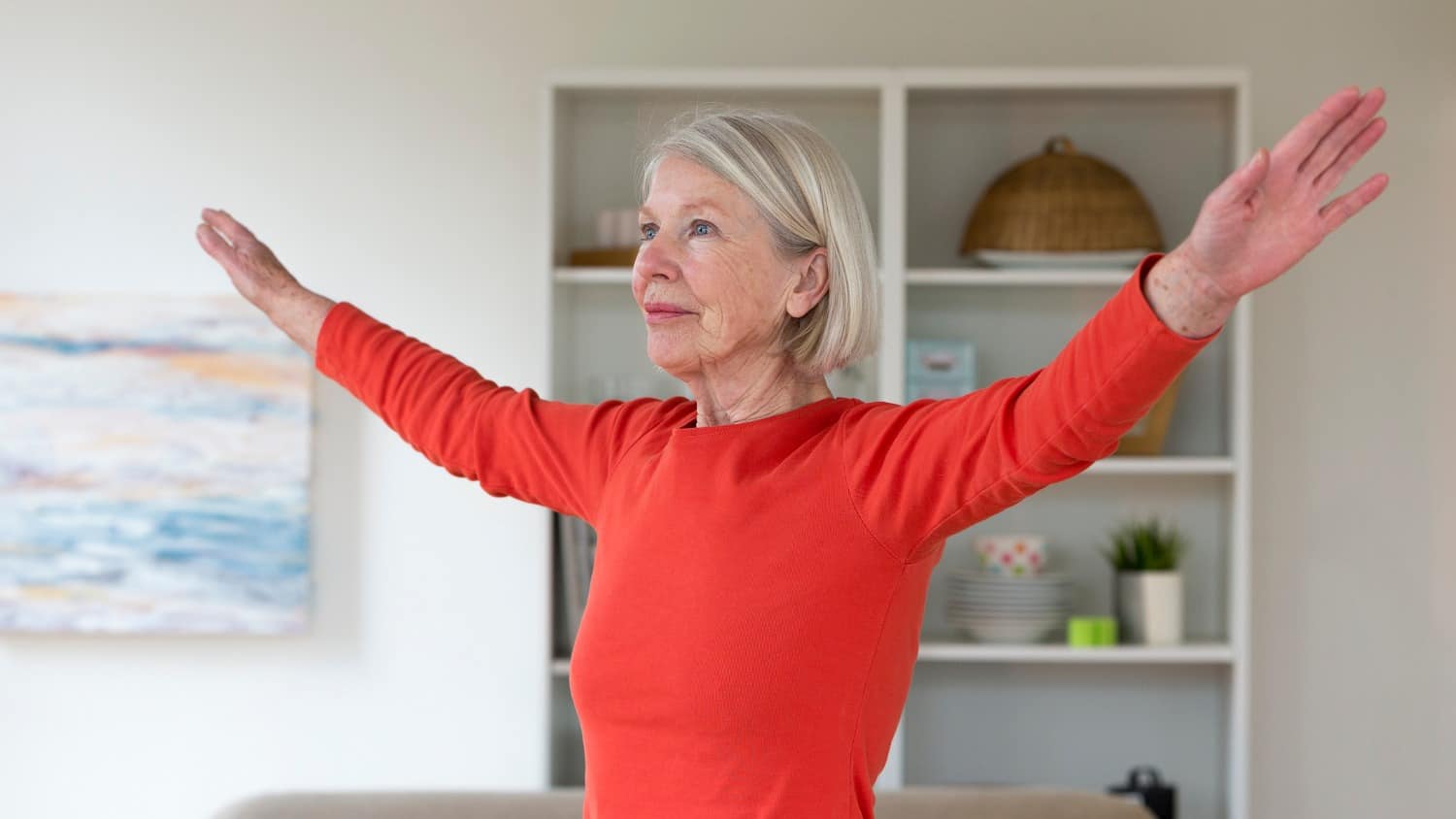