Are You Feeling Sexty? What Sex After 60 Really Means

I am not a sexologist. I am a “normal” sixty-year-old woman who wants to ponder in public. By the way, I hate the word “normal” – it doesn’t mean anything. I don’t think I’m a particularly revolutionary thinker. I’m only stating the obvious in my thoughts below. But I’ll let you decide!

Sex, when you’re in the age of wisdom (that’s what I call being older), seems to be a taboo topic. It is considered a lose/lose/lose issue. People are embarrassed if they are no longer having sex. If they are having sex, they consider it kinky or weird. They think people need to take stimulants and deal with wrinkles, flab and hip replacements.

If you are having sex and feel it’s something to be lorded over everyone who’s not, then you’re a loser too.

Let’s Banish the Idea of Sex Being Something You “Do”

I wrote a blog post on Camp Liza over a year ago called “Have I Had Sex for the Last Time?” Well, that sure got a reaction!

The people who were having sex felt sorry for me. Other readers were embarrassed for me. How could I say something like that in public? There were the ones who said, “bravo.” Then there was the big silence from readers who couldn’t even comment.

Guess what? By raising the question about the role of sex in my life, by being searingly honest, suddenly I was sexy. I was fearless. I had zhuzh. Chutzpah. I was sassy and smokin’!

Certain cultures know how to incorporate senior sexuality into their way of being. I don’t want to make generalizations or promote clichés, but Europeans and Latin Americans are good examples of this for me.

Your sexuality does not mean the few moments of a day that you are involved in sexual activity. Rather, it is about your essence as a person. It is the “zhuzh” of your life. It’s how you dress, eat, sigh, listen, laugh, sit, and dance. It is how you do everything!

Our culture is so sex obsessed. As a result, you are not considered a normal, healthy adult unless you are “having sex” and plenty of it. We are conditioned to be jealous of someone who’s having sex and feel lesser if we’re not.

Sex does not make a person bigger or lesser. And let me tell you my lovelies, there is much less sex going on than you think. This is true in all age groups. Haven’t you been around long enough to know that things are not always as they are cracked up to be?

If you’re not having sex, what’s there to be embarrassed about? Haven’t we suffered enough self-consciousness in our lives? Not having sex isn’t high on my list of things to be ashamed about.

Everything in life has its cycle. In childhood, we live with dormant sexuality that blossoms into hormone raging sexuality, leading to mating and children. Family life follows with its working, exhaustion and joys. Then comes the age of wisdom. Hormones decline. What happens to our sexuality? Is it dormant again? Do we mourn our sex lives? Or, are we glad we’ve been there, done that?

What is Sexuality? Being Interested in Life is Seriously Sexy!

So how does an older woman express her sexuality? I’ll speak for myself. In my clothes, my hair, my attitudes. In my joy, compassion and gusto for art, music, literature, theatre, travel, knitting, reading, cooking. Being passionate about my life, my family, my interests and hobbies. Being ardent about a book I’m reading, consumed about a political issue I’m following.

As Jane Fonda said, “When you’re older it’s more important to be interested than interesting.” Yes! Being interested in life is sexy. You can show your wildness, your spirit, your burning in so many areas of your life. But you don’t have to be an extrovert. You can also be a quiet burning person, intense, private, smoking in a tranquil way too.

What I Learned About Sex After 60 from My Grandmother

When I was in my 20’s and my grandmother was in her 80’s I used to accompany her to the movies and cringe during the sex scenes. At that age I had sex on the brain, and I knew for her, “all that” was over. How did she feel about seeing all that fantasy, perfect body, perfect simultaneous orgasm, airbrushed, beautifully lit, Hollywood sex? Was she sad, jealous, embarrassed, angry?

Now I know that she felt pleasure and enjoyed it, as I do today. It was also a great memory. Unsullied by the realities of life it is a happy dream. Now, in my sixties, I am free to enjoy everything in the most sexually free way possible.

Bottom line: Just because there’s no man or woman in your life, doesn’t mean you aren’t sexual. Be passionate about yourself and your life in whatever way you express it. Have some fun. Lighten up! There are some great sex toys out there and you can even shop for them online now.

It’s your turn. I’m listening. We’re all listening! How do you feel about your sexuality? The good, the bad and the ugly please! What does senior sexuality mean to you? Meanwhile, I’m sending the love your way!

What’s Different About Love and Sex After 60? (Video)

Read More
What’s Different About Love and Sex After 60? (Video) 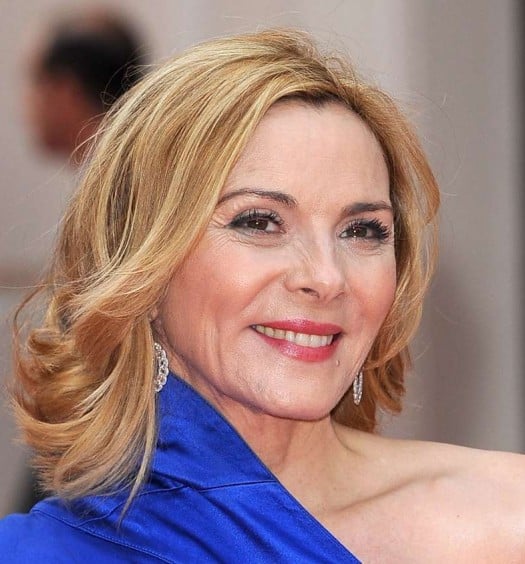 Sex and the City Star, Kim Cattrall, Says Sex After 50 is All in Your Head

Read More
Sex and the City Star, Kim Cattrall, Says Sex After 50 is All in Your Head
Subscribe to Our Newsletter
Top