Why Simplicity in Your Art and Life Matters After 60

Do you find yourself caught up in to-do lists that never end? Do you see problems all the time? Stress over little details and find drama in every situation?

Life can be one complicated hurdle, frustration and riddle. And then the refrigerator breaks down on a Saturday afternoon! There is an easier way to live and your creativity will improve, too.

Recently, I read a book about Elon Musk’s quest to build a rocket ship for return trips from Mars. One of his motivations is avoiding the extinction of the human race by building a Mars colony. Mmmm.

No doubt Musk’s achievements so far have been impressive. His show is the best in town and will likely continue to improve with time. But colonise Mars?

Would it not be simpler to ‘colonise’ inhospitable places on Earth? For instance, look at Las Vegas, or Israel. We have a lot of water on this planet although most of it is salty. Why not invest in mega-desalination projects?

Then we could turn dry bits of California into a garden. Or the Namib desert. There is plenty of room and oxygen too. I am not an expert on these topics, but is there not a simpler way to improve things now?

What Could Possibly Go Wrong?

The problem with us humans is we mess up. Put us on Mars, and someone is going to drop a spanner in the works. Inevitably, the result will be dire if you need oxygen. Which you do.

What a struggle we have coping with Ocean travel. Now we must live on Mars? We need to make our present home more hospitable. That is simpler to do. I’m sure it will be profitable, too, so there is an incentive for someone to get started.

The Romans Understood Simplicity, until They Didn’t

Have you read Seneca’s works? He was a Roman philosopher and follower of stoicism. Read a few compilations of his letters, and he will amaze you with his ideas.

Much of his thinking is still relevant today. You may think that Seneca wrote these letters last week – if you ignore the bits about gladiators and slaves that is. For example:

“Until we have begun to go without them, we fail to realize how unnecessary many things are. We’ve been using them not because we needed them but because we had them.”

But the Romans chose the path of complication instead. They overextended themselves and became weak in ideas, leadership and morals. The result was no surprise as now we have Italy – still the most complicated political system in the world. But I digress.

Many of you have moved house at least once in your life. Perhaps you have recently downscaled to something smaller? No doubt you have blocked the memory of house moving. I have recently experienced this trauma, and I apologise if I have rekindled any unpleasant memories.

It is in house moving that we face the consequences of failing to keep life simple. Often I had to wonder why I had kept something or why I had purchased it to begin with? If you lack awareness you will waste money and produce clutter. Throw out the junk or better yet – avoid purchasing it.

Do you suffer from auto generated problems? You know, those bits of drama and trouble that your mind throws at you every waking moment? Maybe you have more free time after retirement, but now there is more drama to fill the time?

That’s all too common. You must learn to change your mental station from drama to calm. Keeping busy works for me. I also avoid people who drag me into their web of gossip and drama – energy vampires, the lot of them.

Simplicity in all things does not mean being a scrooge or killjoy. It also does not mean living uncomfortably. Instead, simplicity is a powerful concept that brings peace of mind. In turn, this leads to effective living and achievement of many goals.

“Philosophy calls for simple living, not for doing penance, and the simple way of life need not be a crude one,” says Seneca, I think it’s true.

How can you translate simplicity into your art? I love the example of children’s art. We all know that a child does not agonise over making art. Children create some of the most beautiful art in early grade school. Free from ambition, envy and fear. They go for it and their art is a joy to behold. Simple.

Things change later on. Ego and self-esteem issues can derail your art if you let them. Always be aware of these mental traps.

When you are in front of the easel, remember that it is the simple statement that has the greatest impact. That one brushstroke that suggests so much. The effect of light or the mystery of shadow communicated with a few deft strokes of a brush. That is the essence of simplicity.

Few authors can make a complex sentence read beautifully. Shakespeare did it. In modern times, Cormac McCarthy is a master at it. But he will juxtapose the complex with a short, sharp statement that knocks you over.

Great orators know the power of the simple statement. Compare this: “The other day I was thinking, wouldn’t it be, like, really nice if we all just got along?” to the momentous speech called I have a dream.

Many authors write books on the topic of simplification. Does this suggest that some authors are making the subject too complex? Maybe. As an artist, the most important quality is to take time to observe. Then, when the eye and mind have seen, take action.

Apply this to most things so that your actions are not impulsive. Ask yourself how you can simplify the circumstances or decision you are facing. Let the answer arrive with time.

I will let Seneca have the last word:

“It is not the man who has too little that is poor, but the one who hankers after more.”

How can your life benefit from more simplicity? Do you any simple ideas to share? Please join the conversation below.

Malcolm Dewey is a professional artist and writer. He is passionate about painting in oils and watercolor. Malcolm loves landscape painting. He teaches painting to artists of all levels. Working online on his website http://www.malcolmdeweyfineart.com and in personal lessons Malcolm helps other artists paint better with structured painting lessons. His Facebook page can be found here. 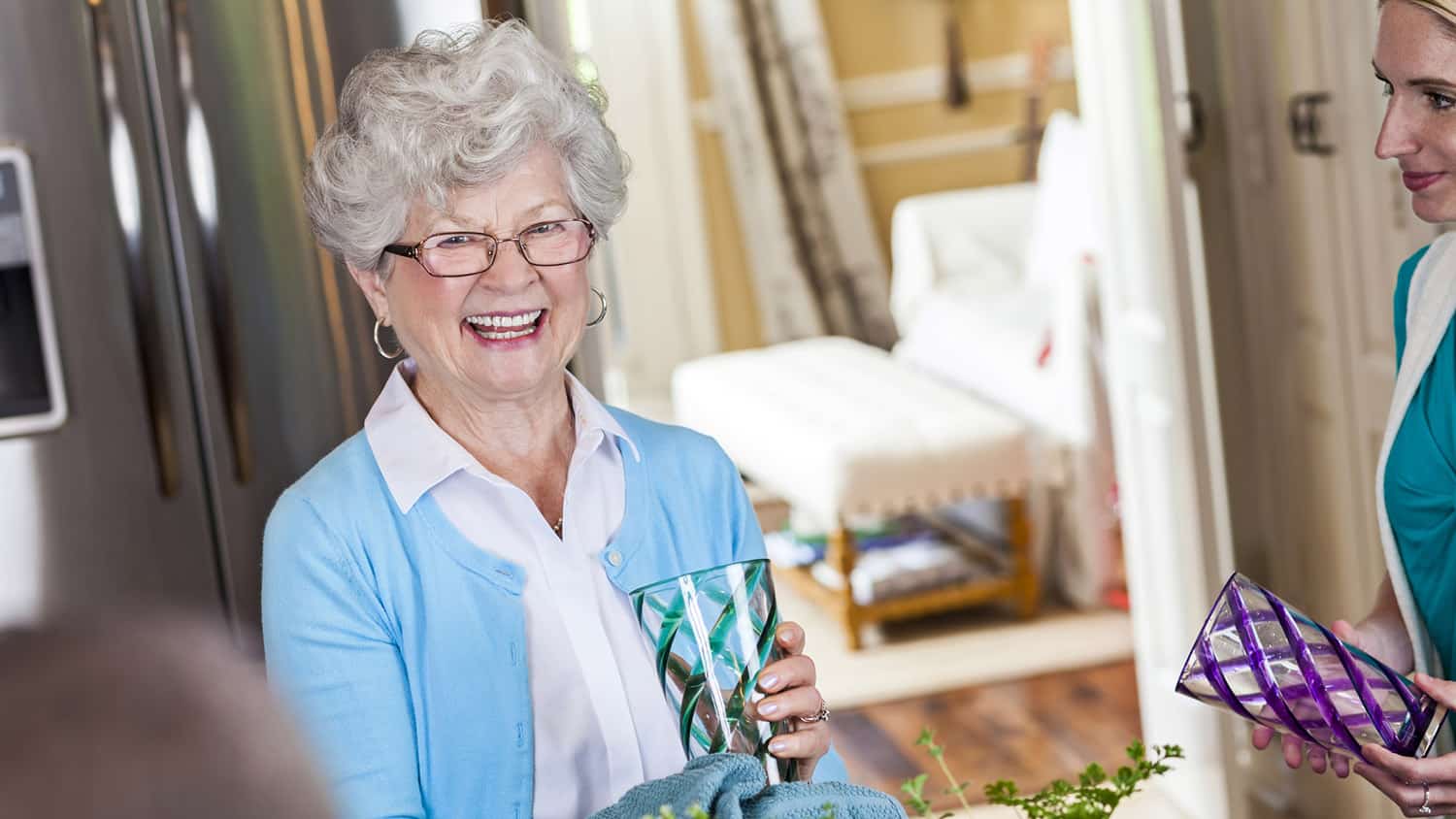 Thinking of Downsizing? Here Are Some Tips to Sell Your Home Fast! 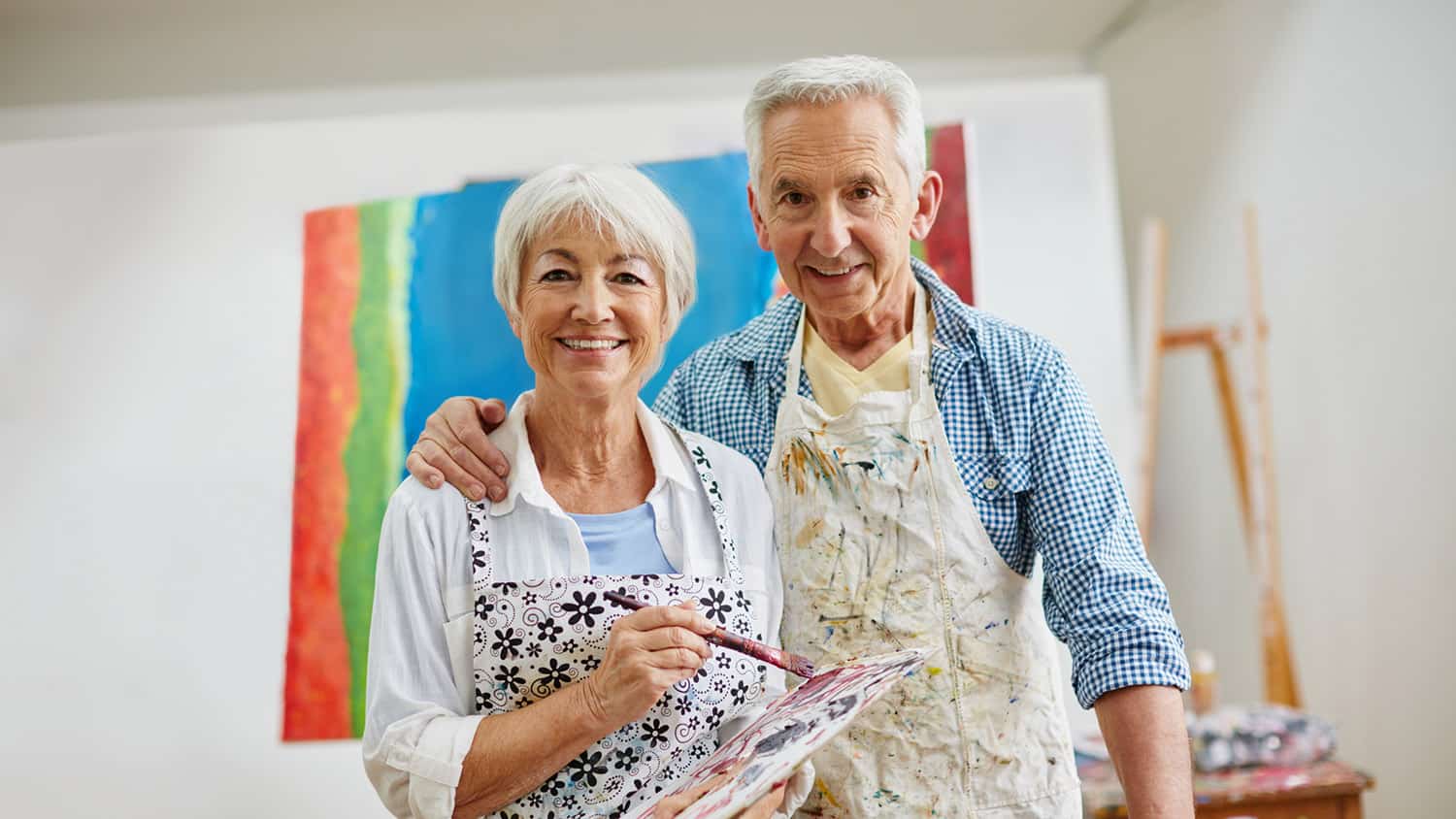 Inspiration from Women Artists: Boost Your Creativity in Retirement