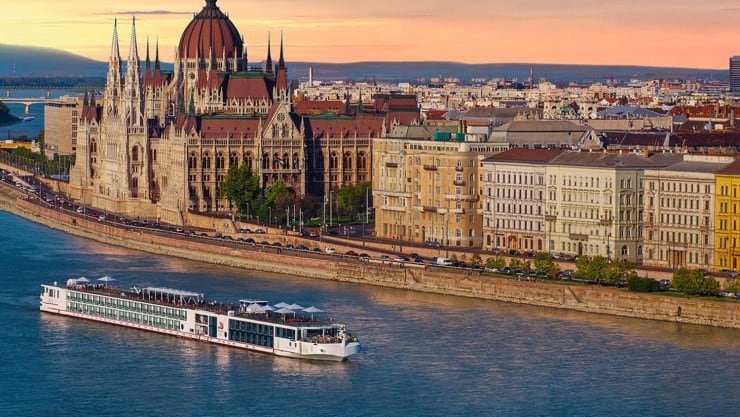 4 Myths About River Cruises that Stop People from Setting Sail

When you think about the word “cruise,” what images pop into your mind?

Do you imagine sitting on your balcony, glass of Chardonnay in hand, watching the Greek islands passing in the distance? Do you picture arriving in an exotic port in South America, waiting to explore a wonderful new city? Or, are your thoughts pulled to the wonderful cuisine that is served on many ships?

Regardless of your exact thoughts, you may not have immediately pictured a river cruise – unless, like me, you recently had the opportunity to join one.

The truth is that ocean ships dominate our imagination so much that their smaller cousins are rarely considered. This is a shame because, as I recently discovered, river cruising can be a fantastic experience. In fact, in many ways, it can be more satisfying than ocean cruising.

The more I think about it, the more I come to the conclusion that there are several myths about river cruising that hold people back from giving them a try. Instead, people tend to default to an ocean cruise because it is what they feel comfortable with.

So, based on my recent experience with Viking River Cruises, I wanted to debunk some of the most common myths about river cruising.

Here are 4 myths about river cruising that are completely false.

This is one of those myths that is based on a half-truth. As with ocean cruises, there are all kinds of river cruises, ranging from budget trips to the luxurious experiences that Viking Cruises provides. As with so many things in life, you get what you pay for.

Let’s look at Viking as an example. Based on my experience, I can see that they are focused on providing the best possible value for their clients. Rather than charging the lowest possible price up-front and charging for “extras” at every turn, they provide a comprehensive experience.

Everything from the fabulous cuisine to their stimulating shore excursions is included as a standard part of the package. As a result, from the second you step on board, you can relax and enjoy your trip.

As a general rule, most river cruise ships do not have on-board casinos, rock-climbing walls, infinity pools or many of the other amenities that passengers have come to expect from the larger ocean cruise ships. But, this doesn’t mean that there is nothing to do.

In reality, river cruises put more of an emphasis on shore excursions, cultural opportunities and guided tours. They also do their best to bring the best from each of their stops onto the ship. For example, on my recent Viking river cruise, we had an on-board glass-blowing demonstration, cookie-making presentation, Christmas tree trimming session, German music concert and much more!

Other activities included a beer-tasting tour, exclusive tours of famous medieval castles and visits to some of the most spectacular Christmas markets in the world.

River cruising is definitely a more refined cruise experience, but, it is still a lot of fun!

Many people picture river cruise travelers as quiet and perhaps even a little anti-social. Nothing could be further from the truth! In fact, in my experience, the intimate setting on a river cruise is much more conducive to making friends than the crowded environment on a 4000-person mega-ship.

To be clear, every single person that I met on my recent river cruise was fascinating. I talked with people who have lived in more countries than I have visited. I met a wonderful older gentleman who was traveling with his granddaughter. I chatted with bubbly engineers and wacky teachers. If anything, the people on my latest river cruise were more willing to engage with me than the passengers that I met on ocean ships.

Myth: Cruise Ships Are at the Mercy of the River

Since rivers are unpredictable, some people worry about whether their ship could be delayed by low-water levels. In reality, this very rarely happens. Most of the time, river cruises take place on well-managed waterways with locks. In addition, modern river cruise ships are able to travel in remarkably shallow water. As a result, it is almost certain that your cruise will according to plan.

If I’m honest, I had my doubts about river cruising, before I joined Viking Cruises on their Rhine Getaway. Now, I am completely converted! River cruises really are the most sophisticated, relaxing way to travel!

What have you heard about river cruising? Are there any concerns that you have about taking a river cruise? Let’s get a conversation started! 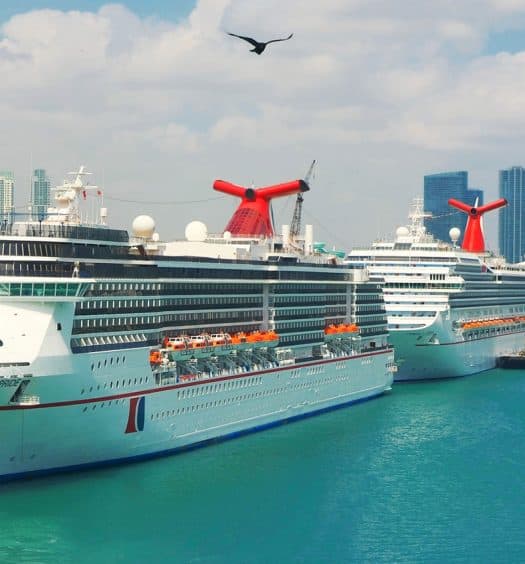 9 Cruise Packing List Omissions that Can Completely Ruin Your Trip

Thinking About Taking a Baltic Cruise? Read This First!

Read More
Thinking About Taking a Baltic Cruise? Read This First!
Subscribe to Our Newsletter
Top