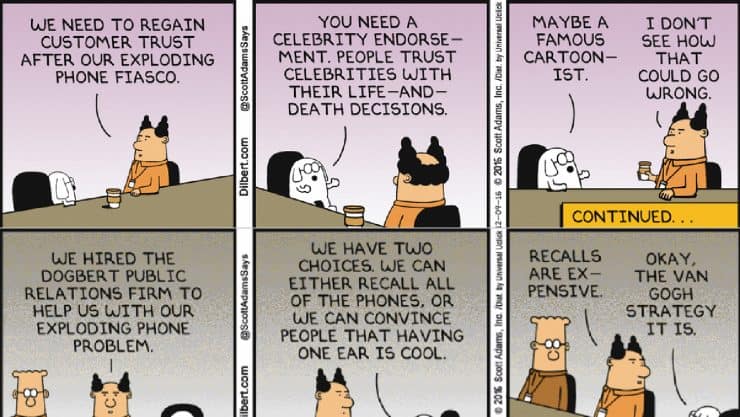 Scott Adams, successful author and entrepreneur, is best known for his highly popular daily cartoon strip, Dilbert, chronicling the workplace ups and downs of this nicely nerdy engineer and his odd work fellows, which include a pointy-haired boss and colleagues who make an art of work-shirking.

Adams has written a valuable, enthusiastically reviewed book, How to Fail at Almost Everything and Still Win Big: Kind of the Story of My Life. “This is the story of one person’s unlikely success within the context of scores of embarrassing failures,” encouragement for those of us who feel on the edge of success but not yet ensconced there.

Rather contrarian, it serves as an “on the other hand” for the advice we often receive. Here are some of Adams’ musings.

Who, where and what you are is largely a matter of chance Adams argues.

Even so, you can improve your chances. Adding a skill, even at a modest level, “doubles” your chances for success: public speaking, psychology, conversation, grammar, persuasion, a second language, business writing, basic accounting, the Internet, even design basics.

He lists about a dozen useful skills. These skills become part of your “stack of talents.” The more of these skills you have, like tickets to a lottery, the more likely you are to capitalize on an opportunity and win.

Adams learned this from a commercial loan officer who shied away from lending to entrepreneurs who were long on passion, “…the best loan customer is one who has no passion whatsoever, just a desire to work hard at something that looks good on a spreadsheet.” Finance trumps fervor.

Goals Are Not Golden, Not Enough

Yes, without goals, we are adrift; specific goals can keep us motivated and on course. And yet…a goal we repeatedly fail to reach is discouraging, sapping our energy. Better, Adams argues, is to have a system, a method we stick to and regularly reward ourselves for doing so.

Lose 20 pounds? Nice idea for some, but if progress is slow, the diet is dropped. Instead, we must change our eating habits; adopt a new system. Every day we stick to the new regime is a victory. I did this myself this year, dropping 10% of my weight by greatly restricting carbs and replacing them with salads and proteins. The daily “victories” helped me maintain my new weight. I confess I did keep track of both what I was eating and how much I lost.

Failure is the Raw Material for Success

Adams describes numerous failures on his way to success as an author, entrepreneur and cartoonist. “If success were easy, everyone would do it. It takes effort.”

Somewhere in the mound of your unsuccessful efforts is likely to be a success. “The trick is to get the good stuff out.”

First, you generate the mound. Adams amusingly describes his own pile of trial-and-error. From failure comes knowledge…if the failure is faced squarely, and if it doesn’t kill you. Next comes success.

Conservation of Energy Is Not Limited to Physics

While we can increase our personal energy – sleep enough, eat well, keep active daily – we have to note what drains our energy, too; avoid the negativity of much of the news of the day and the people who are pessimists rather than optimists. Pay attention to how you feel; recognize uppers and downers.

Affirmations: Effective or Just Seem to Be So?

“I, Jane Dough, am going to be a best-selling writer.” That’s an affirmation. Repeat it often, and it appears to improve your chances of reaching this goal.

Scott Adams gives specific, rather spooky, examples from his own life of his affirmations that came true. He gives the arguments on both sides of the question of whether an affirmation really changes your chances or only seems to. He concludes it costs you nothing and may well be of benefit.

The Best Advice on Success

“If you want something, figure out the price, then pay it.” You must decide rather than merely want.

Seeking to be successful, and paying the price for it, may seem excessively selfish, but doing so can allow you to enjoy your life, help others, and not be a burden on anyone.

Adams estimates he will consume about a tenth of the wealth he has gained, with the rest going to “taxes, future generations, start-up investments and stimulating the economy.” Failed enterprises do not long support their owners, their employees, or their communities.

Some truths are self-evident; some are simply expert opinion. Alhough experts have a better record than non-experts, they also make serious mistakes. Advice must be taken with skepticism.

“If your gut feeling (intuition) disagrees with the experts, take that seriously.” Going against expert opinion may lead to ideas that open opportunities for you that others have overlooked.

Although sometimes you should doubt even popular cartoonists.

What are you doing to add to your skill set? What have you done to improve your “luck”? Are there goals or affirmations you have found to be effective in making change? Are there any other comic strips that have taught you valuable life lessons? Please join the conversation. 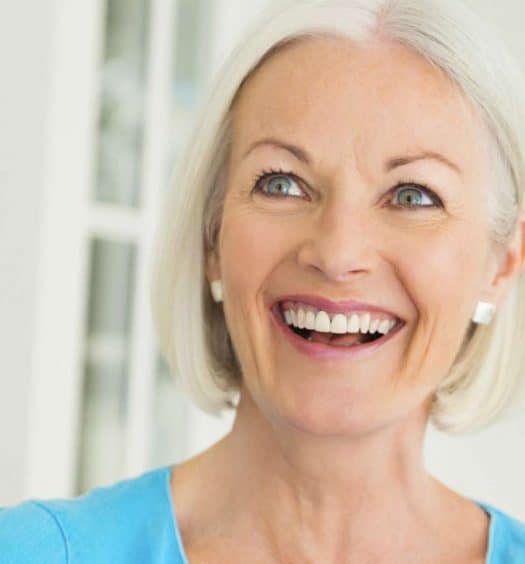 Every Day is An Opportunity to Reinvent Yourself

Read More
Every Day is An Opportunity to Reinvent Yourself 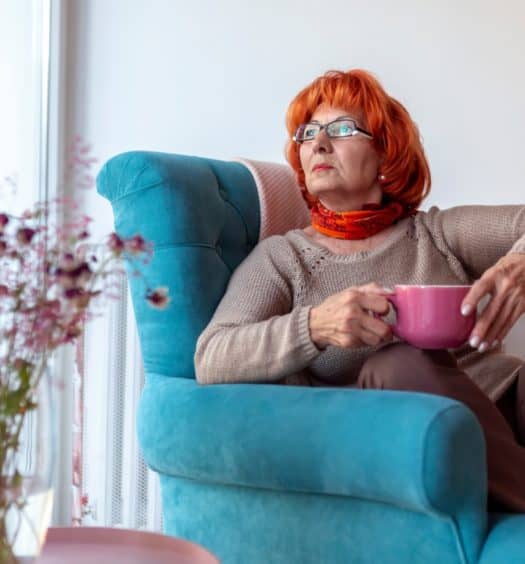 3 Mindset Shift Strategies to Help Any Extrovert Settle in the Time of Coro...