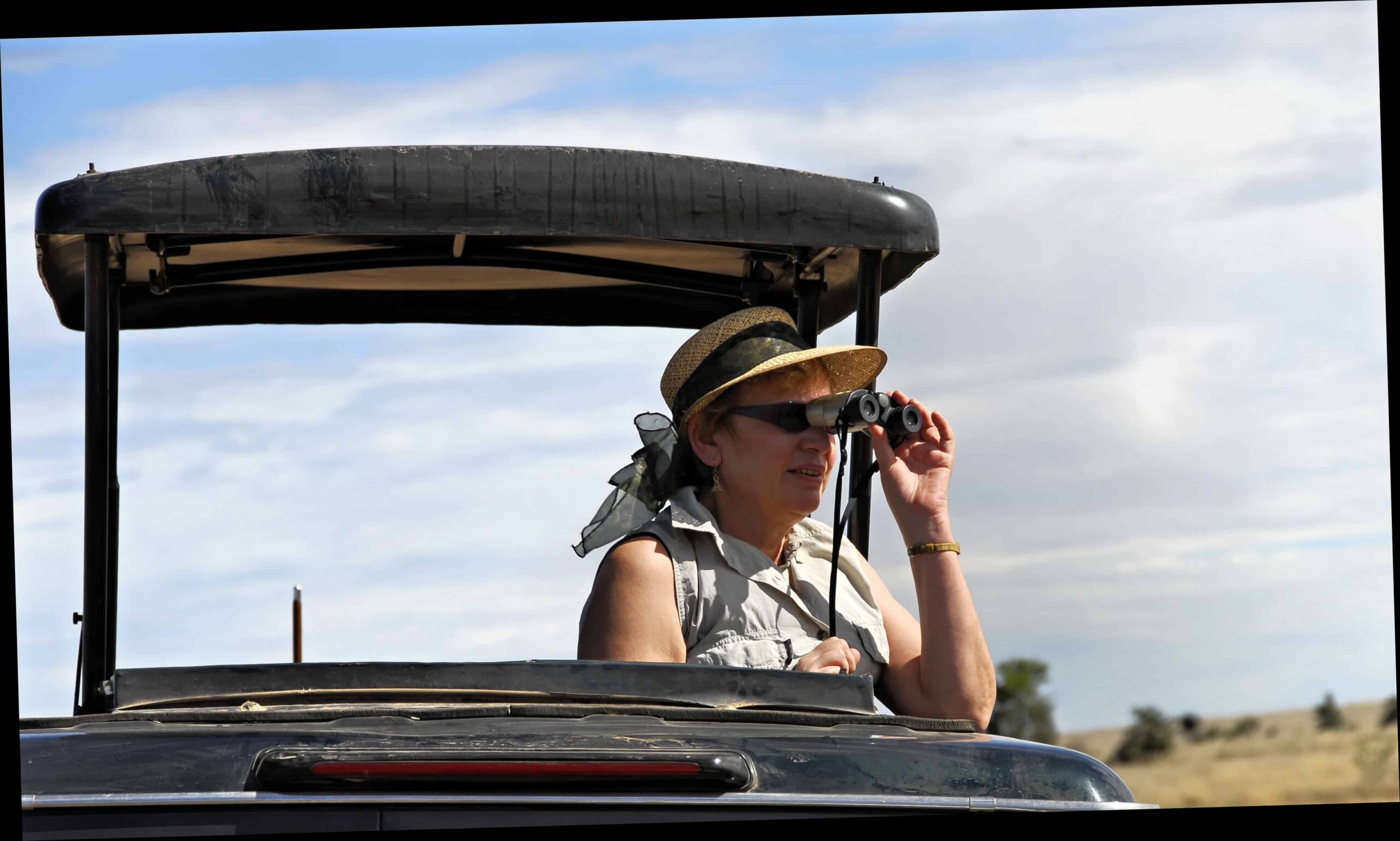 Africa and Me: A Solo Safari Through the Eyes of a 60-Plus Traveler

You’ve probably thought about it. Maybe you even planned it sometime at the beginning of your fifth decade, then let all the deadlines pass.

Maybe it seemed too far away, too exotic, too dangerous… relegated to one of those ‘someday’ dreams, which usually means destined to remain on the bucket list forever.

Well, I’m here to tell you: you’re over 60 – the time is now. For all the same reasons. Africa is far away and it’s undeniably exotic. I suppose it also qualifies as dangerous, but mainly because it forces us to step outside our comfort zones.

Before I fall off my high horse (and break a hip in the process), I must confess I didn’t go to Africa until I was 50. Up until that point, other stuff just came first. Work and family, for instance.

Plus, there were easier and less expensive places to visit. But the year I turned 50 I finally realized if I kept this up I might never go.

So, I went to Tanzania with my best friend and it was magical. We’re compatible travel buddies which helped, but even if we weren’t, experiencing this incredible land was so profound, nothing could have dimmed my passion to return.

Since then, I’ve been back half a dozen times and will continue to go as long as I am able. I’ve been wine tasting in South Africa and gorilla trekking in Uganda. I cruised down the Zambezi River and helicoptered over Victoria Falls. I’ve shopped the local markets in Ethiopia and been on safari countless times.

Always on my own.

What Is a Solo Safari?

First, let’s be clear: a ‘solo safari’ doesn’t mean you’re in your Land Rover all by your lonesome. You could do it that way, with a private guide and vehicle, but it would be extremely expensive and, more important, lonely. Anonymity on a safari is not what you’re going for as a solo traveler, regardless of gender.

A solo safari, in this context, simply means you are traveling on your own from point-to-point, but at each safari camp or lodge you are with a group of like-minded people with whom you will share your daily adventures. It’s really the best of both worlds.

If you’re intrigued at this point, you’re probably wondering about the pros and cons. I’m glad you asked!

If you love the four-legged set, this is your mecca – pure and simple. Seeing the Big Five in the wild (rhino, elephant, lion, leopard, and water buffalo), along with millions of other creatures – from wildebeest to dung beetles – is incredible, astounding, and beautiful.

But even for those who do not consider themselves animal lovers, a safari in Africa sets the bar at a different level. It’s primal, it’s brutal, it’s amazing… this is real life in all its unmitigated glory.

You want to know what you don’t need? Go on a safari. It’s amazing how quickly we let go of the stuff we think matters in our everyday life. Hair dryer? Gone. Make-up? History. Different outfit every day? Don’t make me laugh.

Africa strips it all away in record time. You are just one tiny speck amidst the real life happening all around you… every second.

The food, the music, the art, the people… even for those who go to Africa for the animals, invariably they come away with an indelible impression of the people that make each country and, indeed, the continent, great.

Don’t miss the chance to visit a local village, walk with a Maasai warrior, or volunteer at a school while you’re there. It may be the most beautiful experience in a trip already brimming with unforgettable memories.

Night sky talk may sound like an oddball call-out, considering there are so many amazing experiences to be had in Africa. But if you’re a city dweller like me, witnessing the dazzling display of a billion stars splashed across an endless African sky is, in a word, breathtaking.

Not to be taken lightly, going on a trip to Africa is expensive. Depending on when and where you go, it can run between $500 to over $1000 per person, per day.

Do keep in mind this typically includes all your meals and activities, not to mention your air and land transportation from lodge to lodge, all of which are usually not included when traveling elsewhere.

That said, think about traveling with a small group: there are solo safari operators that will pair you up on request to avoid paying a single supplement.

You might also consider shoulder seasons such as November and March, when you may have a spot of rain but the trade-off is lower prices, not to mention fewer people.

Enough dilly-dallying. Let’s get to the big one. There may be no other place on earth as romantic as Africa. I know it first hand: I took my first solo trip to Africa as a new widow and was plagued by worry… could I handle it? (See “Night Sky” above.)

Turns out, I could. And not without a lot of help from the couples – yes, couples – that were my companions at each safari lodge I visited.

With a trip to Africa, everyone is after pretty much the same thing: a chance to witness the majesty of this vast wilderness considered by many to be the cradle of humankind.

And there’s something about that shared goal that bonds people more tightly than lounging by the pool with a steady stream of Mai Tais delivered on demand. Which I happen to love, by the way, but when I’m in Africa, all that suddenly seems less interesting.

I will never say planning your first solo trip to Africa is easy. (Frankly, going to a restaurant alone used to be an issue for me, so I hear you.) But the rewards of going to Africa are so great – dare I say, life-changing – it’s worth every angst-filled decision and hard-earned penny it costs. Don’t miss it.

What’s the most extravagant trip you took since you turned 60? Have you been on a solo safari? Which African countries have you visited, or do you hope to visit one day? Join the conversation, and let’s have a chat about it!

Sharing a Cabin on a Singles Cruise? Don’t Make These 7 Horrible Blunders 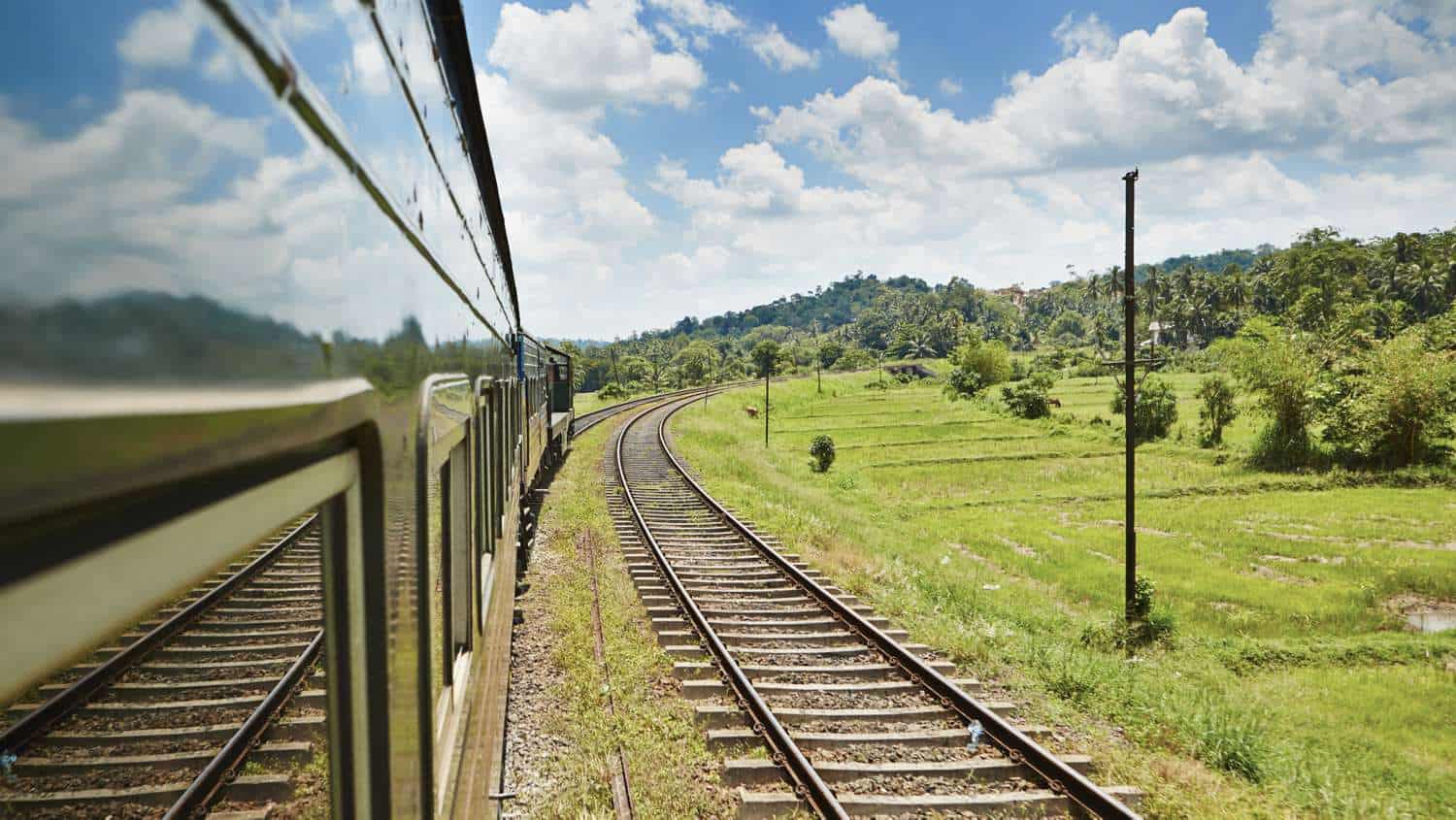 Why Train Travel is Perfect for Older Women: My Interrail Experience