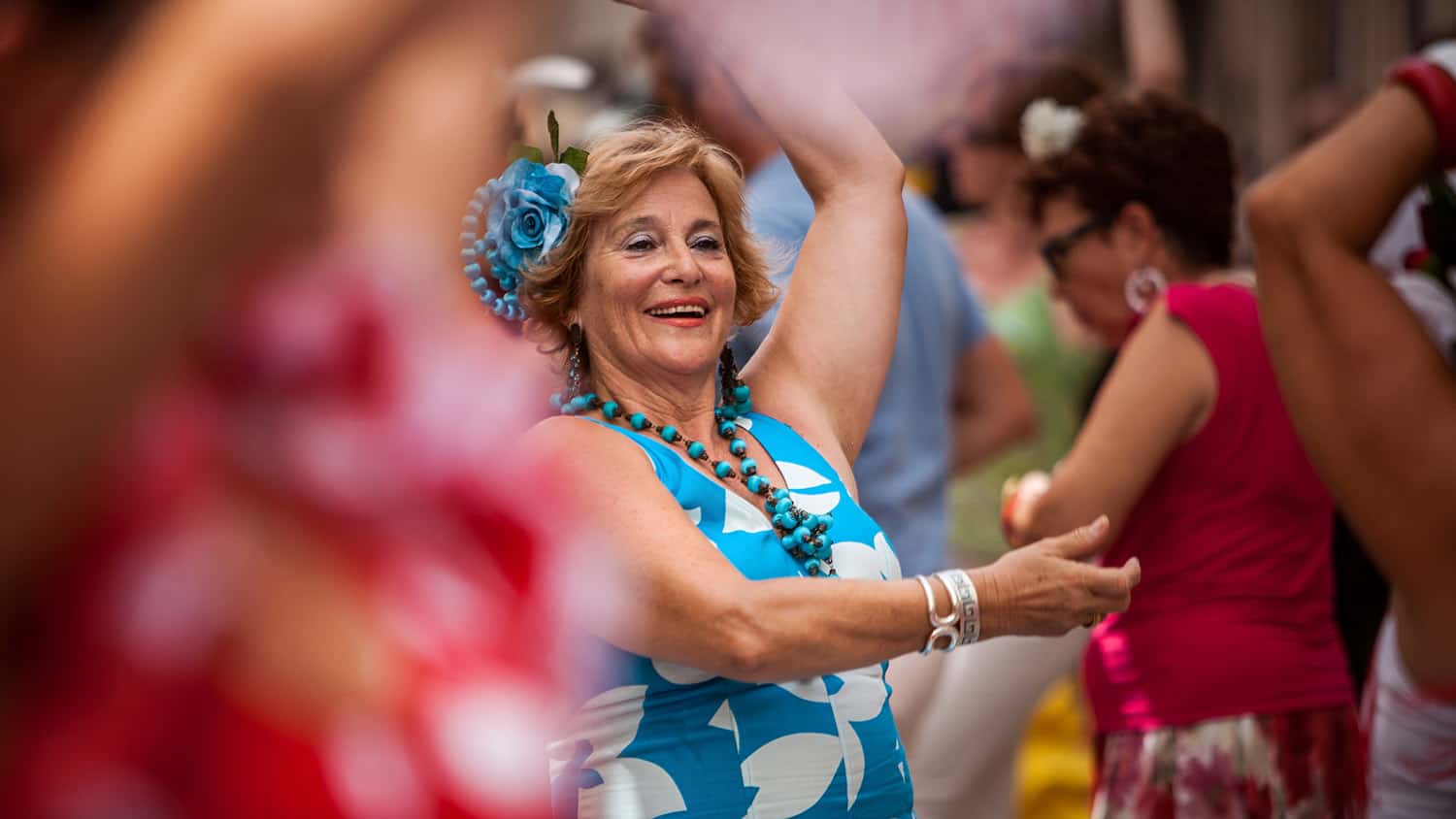 Discovering the Magic of Flamenco Fashion After 60

The original flamenco dress is attributed to the Spanish gypsies. Then, in the late 19th century, it was adopted by Andalusian countrywomen for the annual fairs, ‘ferias’ and for dancing. The dress aimed to enhance women’s figures, mask flaws and enable a seductive walk.

By the 1930s, the style was adopted by Spain’s upper classes for the annual fairs. Simultaneously, the flamenco dance became an art form and entered the mainstream culture.

The International Flamenco Fashion fair known as SIMOF (Salon Internacional de la Moda Flamenco) has been held annually for the past 24 years in Seville. It is held in Spain’s conference center FIBES. The flamenco fashion industry accounts for over $250-million dollars in domestic and international sales.

This year’s spectacular event took place from Feb 1st to 4th, it was attended by 67,000 people and presented over 50 designers, 1500 dresses and 80 exhibitors. 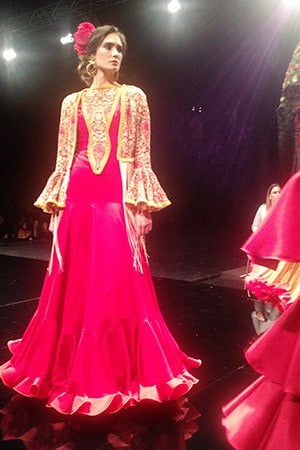 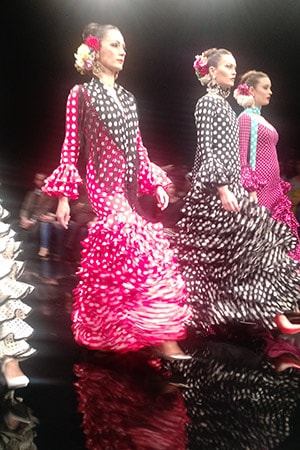 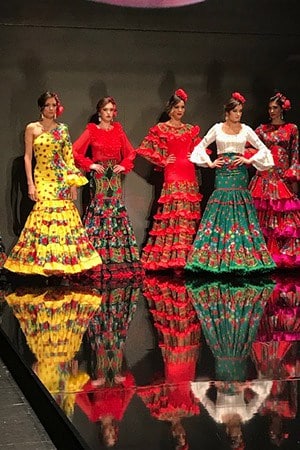 The traditional red/black polka dot dresses and skirts – which originated in Gypsies who sewed round moons on their garments to ward off evil spirits – have now transformed into contemporary style, patterns, textures and unconventional color combinations.

Gone are the traditional hair combs and mantilla, as the 2018 catwalk featured an array of flowers of different varieties placed over, behind and under the bun. There were also runway models with crowns of flowers and garlands.

There was an emphasis of florals in many of the collections. Also, many mainstream designers have incorporated flamenco inspired dresses. Examples are John Galliano, who spent time in Seville’s LINA workshop, and Giorgio Armani.

The industry seems to have a significant number of mature women designers who have helped transform the traditional dress to contemporary elegance suitable for formal occasions.

Although there are renowned male designers and young designers of both sexes, it was an amazing and refreshing experience to see a multitude of age 50+ women designers appear on the catwalk at the end of their shows.

The directors of SIMOF take great care to encourage new blood and designers of the older generations by running competitions and prizes to continue transforming the industry and appeal to new markets.

Founded in 1960 by the couple Marcelina Fernandez and Francisco Montero, the design house LINA 1960 is now run by their daughters Rocío and Mila Montero.

In addition to serving the annual ‘feria’ market, they have dressed royalty, celebrities and Hollywood film stars. They have grown into a multimillion-dollar business which provides custom-fitted, handmaid dresses for the ‘feria,’ bridal and formal occasions.

Their masterpieces are created in their workshop above the retail store in Seville’s main shopping district. The shop has a life-sized photo of Princess Grace in 1966, wearing a LINA creation for her attendance at the ‘feria.’ The custom-fitted dresses range from $1000 up and are works of art.

The vineyard known for its Rioja has been producing a limited production reserve wine for the past seven SIMOF fairs, featuring a different designer each year.

This year is a Rioja bottled in 2015, and the designer is Loli Vera, whose collection is a fabulous ultra contemporary flamenco explosion of color as well as formals and a flamenco inspired bridal collection.

You can’t beat the amazing location for SIMOF in the world’s flamenco capital. The narrow cobblestone streets – that a car or taxi can’t navigate – cathedrals, plazas and the magnificent Alcázar palace that dates back to the Moorish kings are the perfect spot for the fair.

There are also world-class flamenco shows and a multitude of shops dedicated to all things flamenco – from dresses, shoes, fans, castanets, combs, mantillas and other accessories. The restaurants offer tapas and typical Andalusian cuisine as well as the well-known regional wines and Sherries.

Seville is easily accessible from Madrid by high-speed train (2.5 hours) and a perfect jumping off point to visit Cordoba, Granada, Malaga, Costa del Sol, Jerez, Cadiz and even Morocco!

Have you ever visited Spain? What were some of your favorite places? Do you love the Flamenco dance? Please share your best experience in Spain, or the places you’d like to visit! 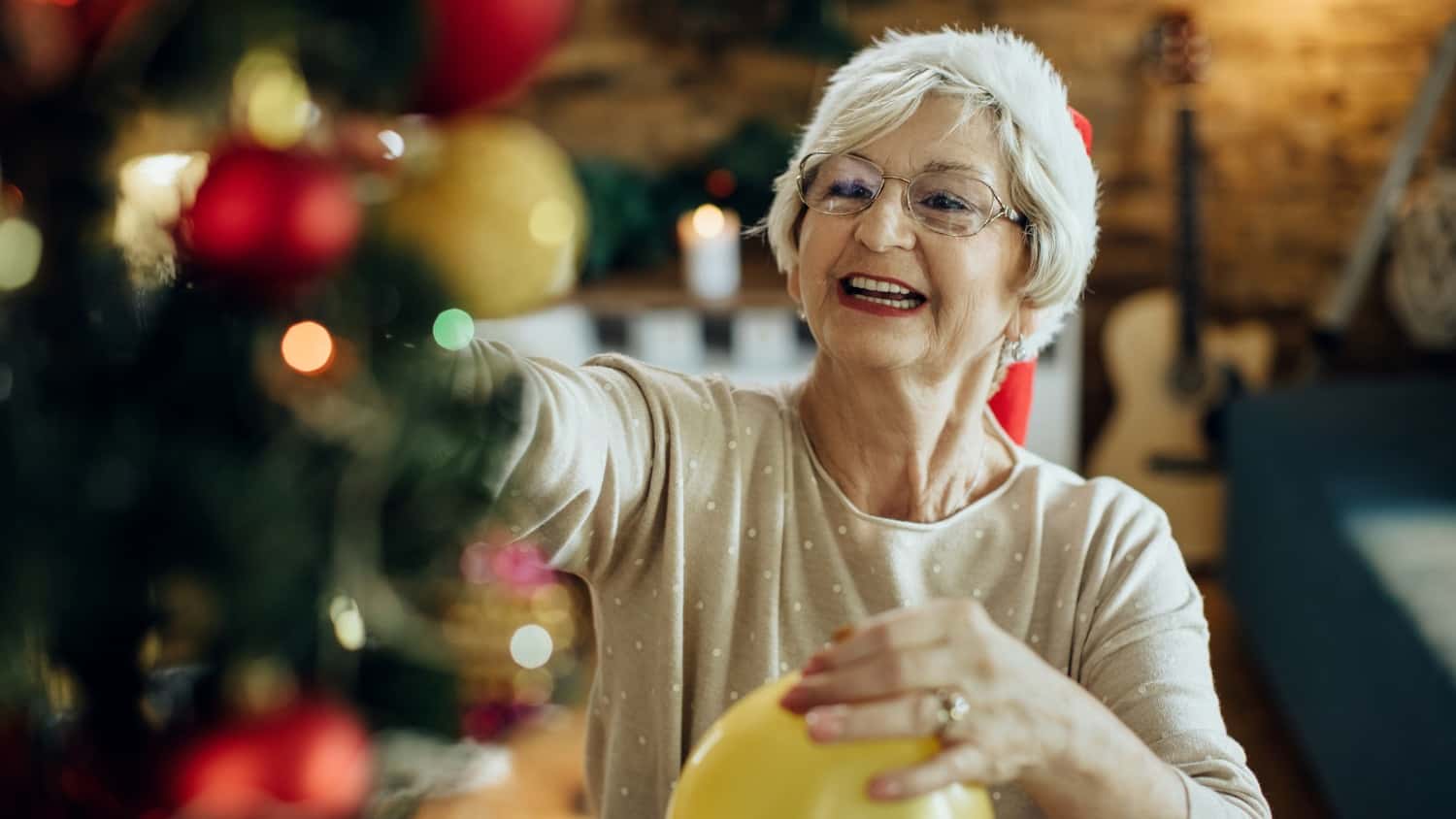 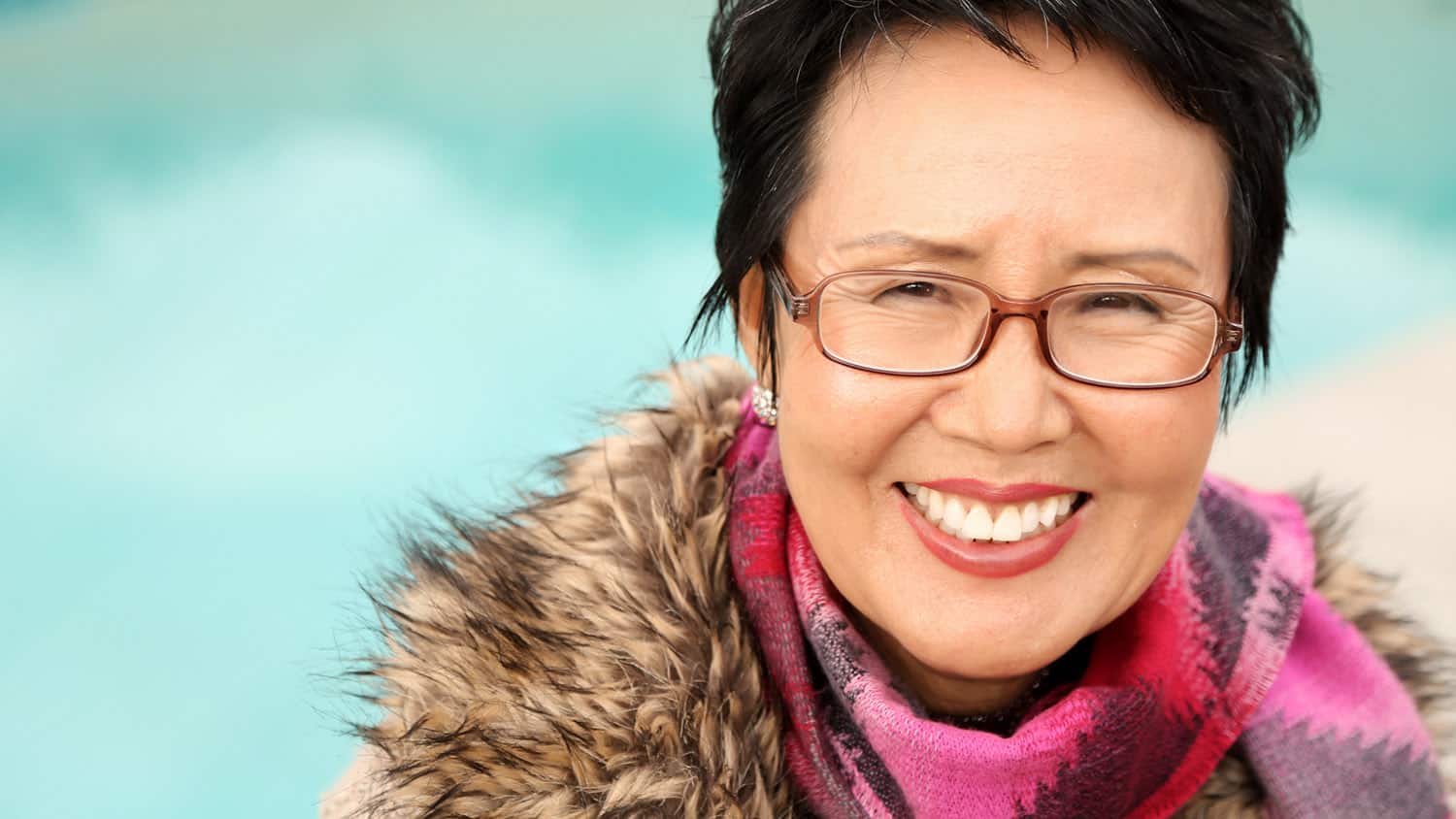 Winter Fashion for Women Over 60