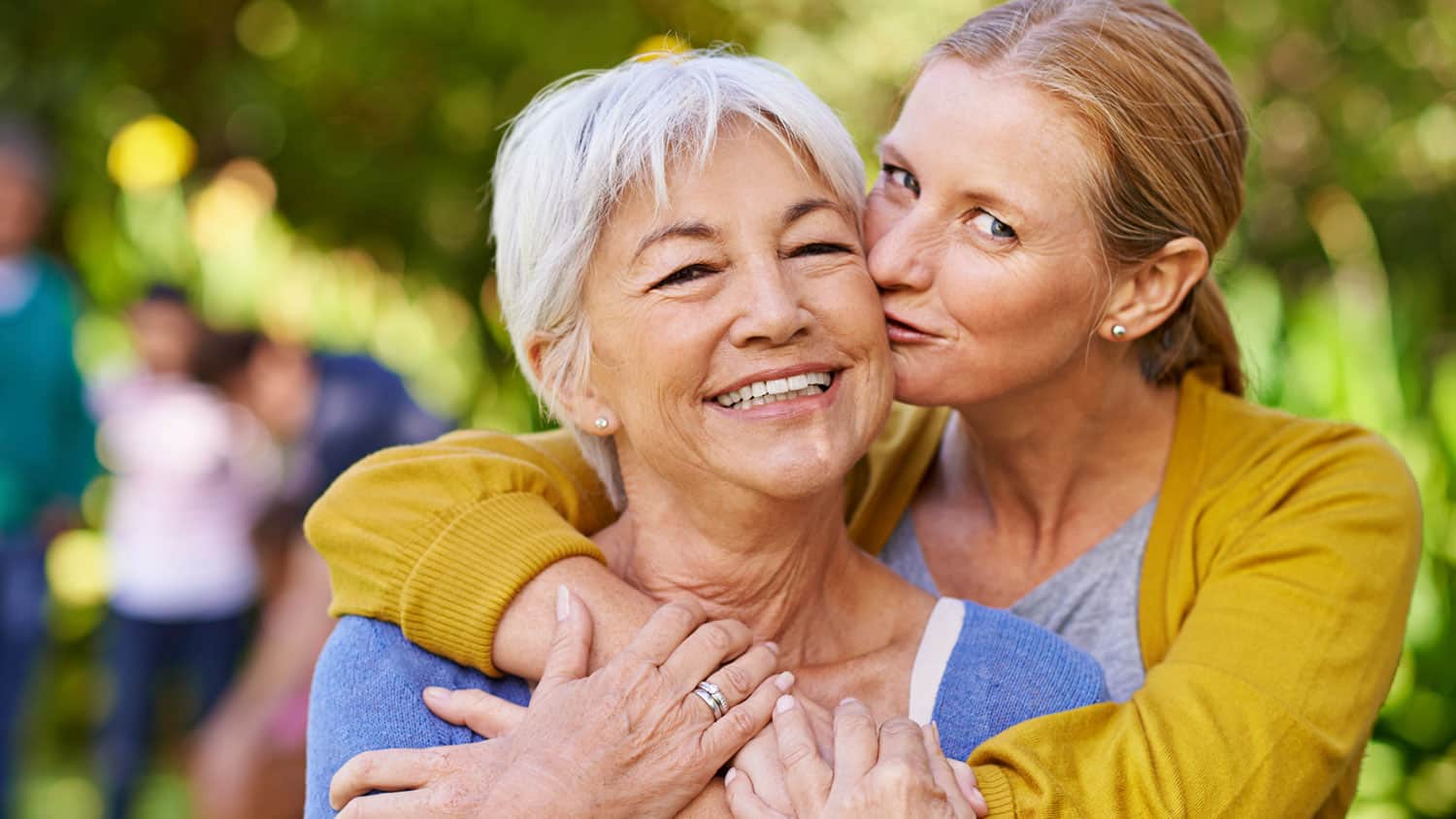 Do Mothers and Grandmothers Ever Stop Feeling Guilty?

We do our imperfect best. From the moment we push them naked and helpless from our bodies, they’re ours to nurture, protect, and love. They come without instructions and each one is so uniquely different that a single guidebook would never suffice.

We agonize over every nuance of development: breast milk or formula or both. A strictly enforced regimen or a relaxed approach. We check two hundred times those first nights to make certain they’re still breathing and wake them up if there’s any doubt.

As the cranky weeks of teething drag on we begin to wonder if there’s a God. Through it all is a nagging feeling that we’re not doing enough, that we’re unwittingly wreaking irreparable damage on this helpless tiny being. Mother guilt.

Does It Ever End? The Short Answer Is No

I was talking to a neighbor with an eight-year-old. Sometimes she’s so adult, and then, no warning, she’s a hot mess screaming at me that I don’t love her and sobbing. I feel so guilty! A conversation a few days later with my friend whose 50-year old son still blames her when anything goes wrong has decided she can’t be sorry any more. Yes, I made mistakes, but how many times do I have to apologize?

I have three daughters who are the joy of my life. They’re well-adjusted, successful women and I couldn’t be more proud. But even now when I least suspect it, a pang of guilt can knife through my happiness. I should live closer, I should be helping, I should, I should, I should. They aren’t the ones guilting me, I’m doing it to myself. But why?

Guilt is healthy when it functions as a moral compass and motivates us to right a wrong. Mother Guilt, on the other hand, is like a low-grade fever, an ever-present condition that tells us we’re not measuring up. But measuring up to what, and to whose standards?

Recently, in the throes of a self-imposed guilt-journey, I took a closer look at where those feelings were coming from. Why was I doing this to myself? What I discovered shocked me. It took me back to deep-seated core beliefs that I thought I’d dealt with. But there they were striking where I was most vulnerable: my mother-heart.

I Discovered That Guilt Wasn’t About My Children. It Was About Me

I had struggled with issues of self-worth in the past, feeling unlovable and unworthy. The fact that I’m living a life of extraordinary happiness on the opposite side of the world from family triggered guilt. The unspoken belief was: Perhaps I don’t deserve this. But it manifested in the thought that I should be closer to my children. That was the self-sacrificial, martyr mentality that would ensure my unhappiness.

Another story I believed for years was that I needed help. I wasn’t old enough, strong enough, smart enough, rich enough to do it alone. How could I have possibly thought that was true? It boggles my mind. In the past years I’ve manifested things that others only dream of and I’ve done it as a single woman. But the old fear slipped out sideways and I projected it on my girls. They must need my help, I should be helping.

The overarching proclamation, I’m a terrible mother! is code for the core belief: I’m not good enough. This damaging self-concept drives most perfectionists. A woman with this belief often sets impossibly high standards for herself and reaps more guilt and shame when she doesn’t achieve them. It has nothing at all to do with mothering skills and everything to do with inner programming.

So much of what drives us isn’t what we think it is. The best thing we can do for ourselves is to discover what’s really running the show. Now when Mother Guilt, or guilt of any kind hovers in my mental space I know that some fear of my own has been triggered.

I take a closer look at the story I’m telling myself and ask why? Why am I feeling guilty about this? What’s really going on here? Almost always, when guilt is called on the carpet it magically disappears. And if you really want to know what’s behind it, the questions can lead to the most startling awareness.

Have you experienced Mother Guilt, or Grandmother Guilt? After reading this article, can you identify what fears might be triggering your guilty feelings? Please join the conversation and share your experiences of Mother Guilt.

I feel the same. In fact, the more I give ( advices, money, time , energy, encouragement , help and so forth) the more I get punished.
and feel its never enough and feel guilty for not being able to make the child happy.
Better refrain and let the child learn how to take care of him or herself.

Less is more II suppose and why do we keep doing the same thing , when we know that only fools repeat the same and only to find the same outcome (??) Its a neurosis and should teach us something.

Perhaps if a mother is happy , her children should be affected in a positive way. Its a better example to be happy than miserable.
What is unhealthy is to give too much or the wrong way. In other words, to travel the whole distance rather than to meet our child half way and let him or her travel the other half. A bit like letting the child walk by him or herself.

I give good advice but rarely follow them as Alice in Wonderland says.
I too need many reminders and crave for finding peace and serenity in my own heart.
Would welcome some help too !

Better wait a little , observe and have faith.
We can only do so much and beware that we dont become enablers.
Never give up but take breaks.

The hardest thing I find is to look first after ourselves , relax and stop DOING.

My guilt often manifests itself around 2 or 3 in the morning and of course causes a sleepless night. Thankfully, this doesn’t happen often, but when it does, I try to search my actions, or their conversations from the previous day or week. It usually comes to me & I must then work to overcome whatever that burden placed on my shoulders. Being a rather private person, my few girlfriends live far away and I often join groups in hopes I will find more closer. It would be helpful to offset my parental guilt to have friends nearby. Any thoughts on how to make that happen?

Oh gosh, i am sitting here at 130am alone n in the dark, rehashing my days of motherhood, and now my days of grandmotherhood, feeling guilt slice me into tiny pieces.

Guilt is tricky. It can be triggered when we least expect it and pull us down fast. For me, it’s one of those things I have to acknowledge, then consciously set aside. The best way I’ve found to do that is to picture my grief pouring into a box. When I’ve drained myself of all of it I mentally close the box, tie a ribbon around it, and blow it a kiss. I watch as the box slowly dissolves and disappears.

It may sound silly, but visualization is a powerful tool. It can be used to change our perception.

I feel the guilt of never doing enough. I recently retired. My first grandchild was born. I will be watching her full time in January. I’m concerned about being isolated. I remember that was difficult when I was a young stay at home mom of 2 kids. I chose to watch her because I didn’t want her to have to go to daycare so young. I’ll need to find a social outlet as well.

Good about isolation. I see nothing wrong with helping out with day care for my daughter but we decided not to do it every day and to have a backup plan for times when I need a break since I felt myself being too isolated.? Perhaps you and your daughter could work something out. It is important to take care of you first before others.

I don’t feel guilt for how we raised our children we did our very best but I do feel a weight on my shoulders for their shortcomings and continue to try to do things to help them overcome them even though it’s not welcomed by them! I realize that is not my responsibility or role now and yet I can’t seem to stop it. Any suggestions? Thoughts?

WOW A solar plexus received!! Thank you I am grateful for it and the new discoveries now available for me 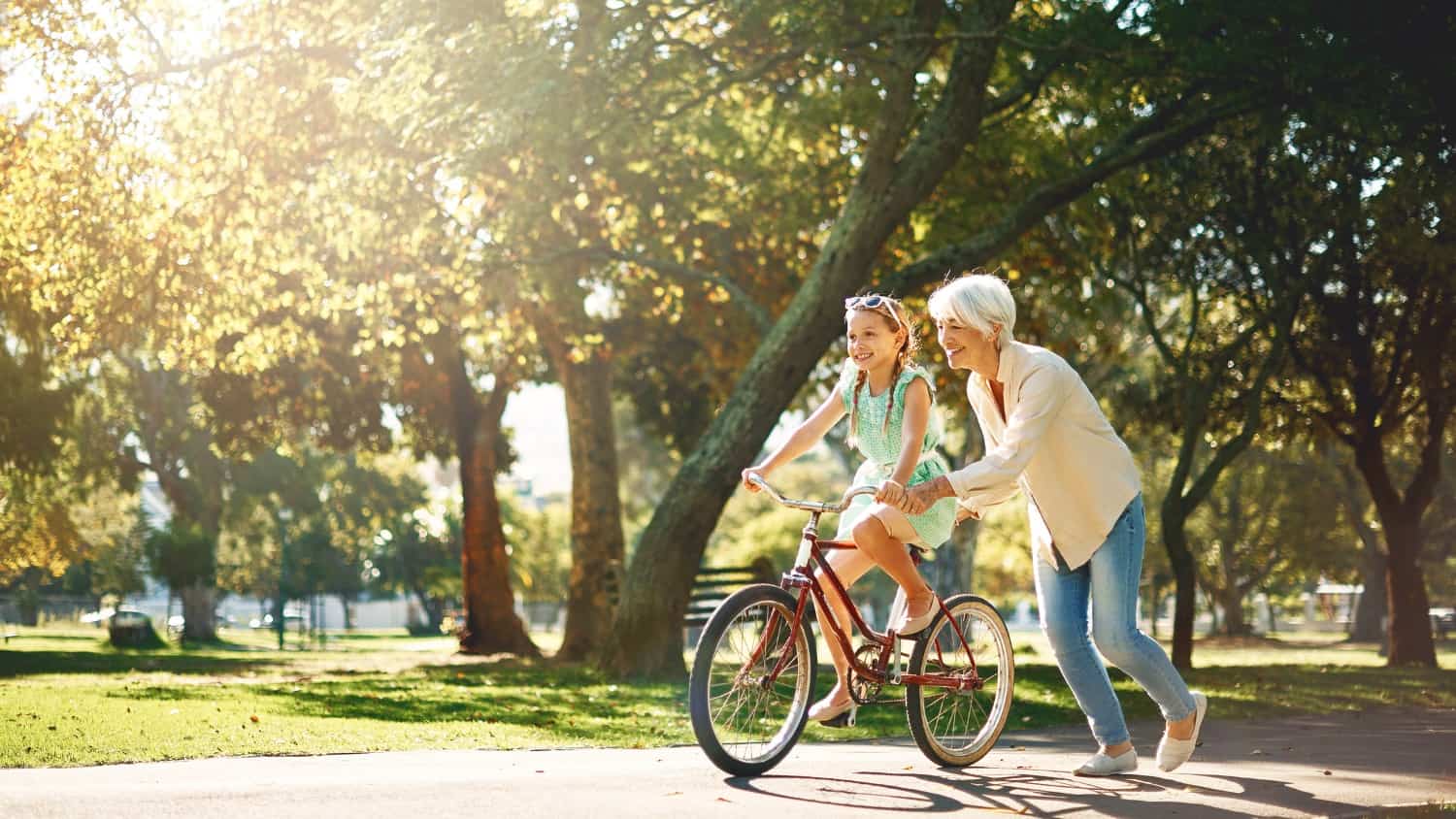 How to Give Your Grandchild the Gift of Confidence