The Corona pandemic has exposed hidden prejudices and a cultural bias of ageism. Part of that discussion is “Elderspeak.” It occurs when an older adult is spoken to by health care workers, service personnel, neighbors, or even family members as if he or she is a child with limited understanding.

Anna Corwin, Ph.D., an anthropologist and professor at St. Mary’s College of California, says that elderspeak sounds like baby talk or simplified speech and is, in fact, a symptom of how older adults are perceived.

Dr. Corwin’s work focuses on understanding how cultural practices and communication shape older individuals’ experiences of their lives, their bodies, and aging.

Characteristics and Problems of Elderspeak

Elderspeak sounds like baby talk, with elements like elevated pitch, slow pronunciation, and diminutives like sweetie and honey. It’s a uniquely North American phenomenon, according to Dr. Corwin.

She says that we do not see baby talk around the world. In other cultures, adults will speak to babies in the same type of speech that they use with adults with perhaps some simpler vocabulary.

Elderspeak a problem for a number of reasons. For one, older adults often don’t like it. It feels condescending and increases loneliness, both of which lead to bad health outcomes.

It’s also associated with cognitive decline. Basically, if you’re not exposed to complex language, you lose the capacity to really engage. Of course, in cases of severe dementia, it can be hard to engage this way. However, for adults who are cognitively competent, it is important that you speak with them the way you would with any adult.

Lessons from Nuns on How to Overcome Elderspeak

Dr. Corwin does work with Catholic nuns. Catholic sisters have been found to age more successfully than the rest of us. They live longer lives and have fewer chronic conditions at the end of life. They have fewer instances of depression and they report greater emotional well-being.

In shadowing the sisters who were caregivers, Dr. Corwin found three strategies in play to avoid elderspeak, all of which worked with the other nuns regardless of their cognitive ability.

The nuns would go in, state what they were going to do, then jump into a story. They might start by saying “I ran into Betty in the hallway and she reminded me of this or that.” That would progress into a story.

The caregiving sister would tell a Biblical joke or something culturally relevant for nuns. That would often produce laughter – the greatest way to engage.

At the end of an interaction, the caregiver would bestow a blessing. Because they were speaking to God, it didn’t require the older adult to respond in a particular way. Maybe they would say ‘amen’ with them.

Often, the older adult could not be understood but made sounds that indicated to the caregiver that they acknowledged the blessing and in their own way were speaking to God. Perhaps a corollary strategy in secular environments would be to express gratefulness for something.

The point of all of these strategies is that the nuns provided empathy, figured out how to engage, and never once talked down to someone. We all can figure out a way to tell relatable stories and jokes and even express gratefulness. And it doesn’t take up any more of our time in doing so.

Cultures that revere their elders treat them with dignity and respect both in action and language. So, our perception of aging impacts how we communicate to older adults. Unfortunately, that narrative of decline and being dispensable is something that has creeped in even more during the pandemic.

The Catholic nuns treat the end of life as a life stage. It’s as natural as any other life stage. We’re pretty comfortable imagining children preparing for adulthood as sort of a natural thing that children should be anticipating.

These sisters prepare for older age and decline in a similar way. This idea perceives decline as a meaningful and natural stage.

Application in Our Daily Lives

The use of stories can translate into almost any setting. It doesn’t have to be a brilliant or fascinating story. Any kind of simple story provides an opportunity to bring in language and engagement without alienating the person or setting them up for communicative breakdowns.

People also tend to speak more loudly and slowly to an older person, reinforcing stereotypes that every older person has a hearing issue or cannot understand you if you speak too fast. Every situation is different. Speak in a normal volume and cadence, gauge the response, then adjust accordingly.

Dr. Corwin believes that we could benefit from accepting decline. We don’t need to seek it out, and we should absolutely try to be as healthy as we can for as long as we can. Accepting the idea of meaningful decline could reduce a lot of stress for people.

What do you think? Have you been the victim of elderspeak? How did it feel? How are cultural biases and ageism impacting you and has it been worse since the pandemic? Please share your thoughts with the community and let’s have a conversation.

Anthony Cirillo is Global Practice Partner of GIS Healthcare, a provider of caregiver solutions. A health and aging expert, professional speaker, and media influencer, he is a Fellow of the College of Healthcare Executives with a master’s from Penn. Antony serves as a Policy RoundTable member for Nationwide Financial and Bank of America. 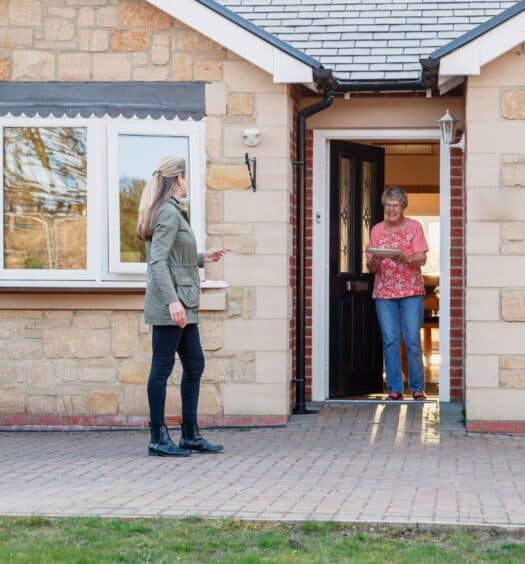 The Downside to CCRC Living? The Money!

Read More
The Downside to CCRC Living? The Money! 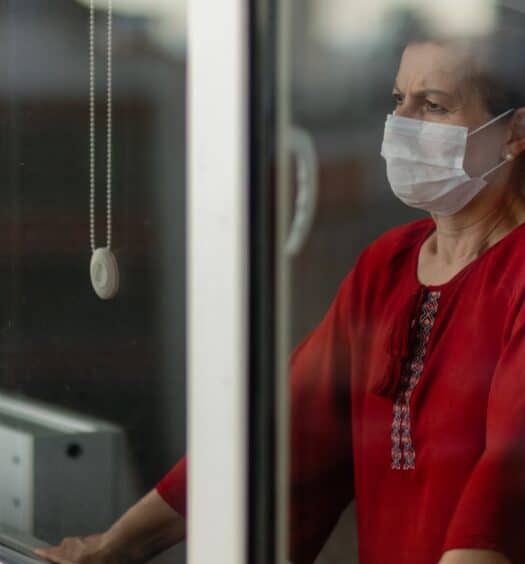