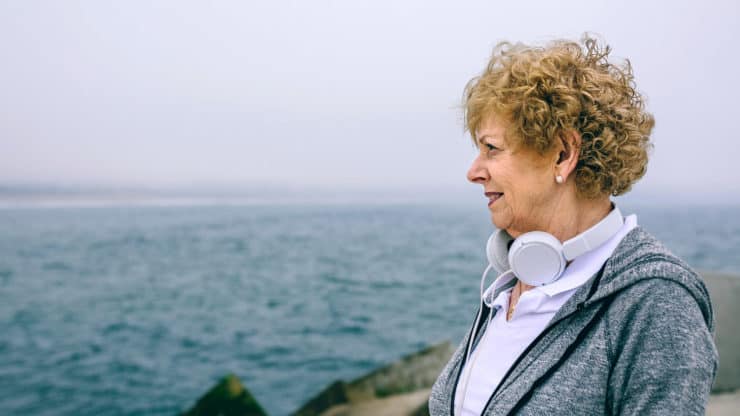 Fit or Fat? How Would You Describe Yourself in Your Mature Years?

The tall woman standing next to me smiled. We were in the exercise section of TJ Maxx, a popular American discount store. We were surrounded by acres of colorful leggings.

She was telling me about her book club and the women in it. We’d been talking about how popular leggings had become (the most forgiving piece of clothing after a big lunch) and how Colorado was such an active state.

“One of the women in my book club said that all she cared about was being thin and rich,” she said, gesturing at the extra smalls.

Simultaneously, we rolled our eyes at each other. Societal conditioning is an awful thing. By the time we hit 60-plus, you’d think we know better.

But slick magazines, endless parades of stick-thin stars who look like they have it all, and gym body shaming (which has become quite the spectator sport) have combined to make so many of us at any age terrified of not being perfect. Ever.

Except Thin Is Dangerous

As someone who battled eating disorders for 40 years and paid for that with my entire set of natural teeth, a heart attack, and plenty of suicidal thoughts, I think I have something to say on the matter of thin.

Not rich, please. But thin.

I starved myself to the point of near death, my eyes sunken in their sockets because they had lost their fat pads. To say the least, I was no fun to be around. I would yammer incessantly about calories and exercise to exhaustion.

And hide in my house with my eating disorder.

I hardly think this is any way to be happy. I got thin all right. Some people have said, with a breathtaking lack of understanding about this devastating disease that afflicts Boomers as well as everyone else (including plenty of men these days), that they “wished they could be anorexic for a while.”

I healed myself without clinics or group work. It was brutally hard. But now I eat extremely well, I love and cherish my food. I maintain a healthy weight for my size, which many would consider thin.

Many who are endomorphs (a softer, rounder body type) cannot diet themselves to thinness. It’s impossible. Oprah is a prime example of that. She is made to be rounded. And she is quite lovely, thank you.

And Let’s Talk the Rich

Admittedly, I can’t speak to being rich. However, I’ve spent time around people with money, and, if there’s a lesson to be learned, it’s that if life and all its goodies are handed to you on a silver platter, there’s no pride in that.

You haven’t earned it yourself. It’s lovely not to have to worry about medical bills (having had to file medical bankruptcy many years ago, this is intimately familiar to me), but money in and of itself is meaningless.

The thin and rich myth has been perpetuated for so long that I’m no longer sure where it began, but perhaps some rich socialite, who was herself thin and rich, made some comment that you can’t have enough of either.

Nonsense on All Fronts

I can’t speak for anyone else, but I would far rather be fit than worry about being fat. Fat itself has a critical role in our body’s health. Too little of it, and you and I can’t recover from diseases, like a heart attack. I speak with direct personal experience.

Too much is another issue. By the same token, there are large women who are now endurance racers and who could easily leave me behind on the trail.

Fit has so many components, including VO2, which is your cardiovascular capacity (including the range between your resting and top pulse rates and how well you recover after exertion). If you have good cardiovascular health, that is a prime indicator that you can stave off many lifestyle-related diseases.

Note that I said nothing about being thin. Fit is what fit looks like for your body, your age, your activity level. Fit for you is as unique as your personality and your fingerprint.

Fit means your body is working well. Fit means you can play – with the kids, grandkids, and whomever else tickles your fancy. Fit means fueling your body wisely with foods that work best for you, your health, your age, your idiosyncrasies, and activity level.

Fit to me also means happy, not tied over 10 pounds, or even 20. As long as those pounds don’t cause you health issues, don’t sweat it. They could well be transient, the result of a health problem like stress, or just, well, too many stops by the local Krispy Kreme.

I’m up 10 pounds right now for good reason. Last February, I started packing up my beloved house to sell and move in spring of next year. That threw my life and my world into constant clutter, which for me is hugely stressful.

Being ex-military, everything has a place, and I cannot bear to deal with messes and piles. Yet that’s been my life all year. I stress eat, I know it, and this too shall pass. I am very nearly done. The house looks more like a hotel than a home.

Why? Because my time is limited and so is yours. I question why we would allow societal messaging control our happiness and convince us that thin is the only way to be.

Not only are we smarter than that, we don’t have the time of day to waste worrying. Besides, not all men like an unplanned appendectomy in bed, which can happen when your hip bones jut out like scalpels.

A sense of humor is sexy. VERY sexy. And a lot more sexy than a Woman of a Certain Age who obsesses over a lettuce leaf. The good men I know and love appreciate a woman who can tuck into a pizza slice or a gooey sammich once in a while. That’s also sexy.

That’s also grown up. Let’s leave obsessing about our bodies to the young, for that’s their job. Let’s instead relax a bit into where we are, tend the gardens of our hearts, care for this vessel with good food, lots of movement, and plenty of laughter and good company. I’ll bet if we need to lose a little, we will. If not, those who love us, could care less.

Have you come to terms with your body type as you’ve evolved? If so, how were you able to let go of dieting to be thin and shift to eating to be well? What were your best strategies for letting go of societal messaging? Please share with our community of women!

Fitness Over 60 Losing Weight After 60 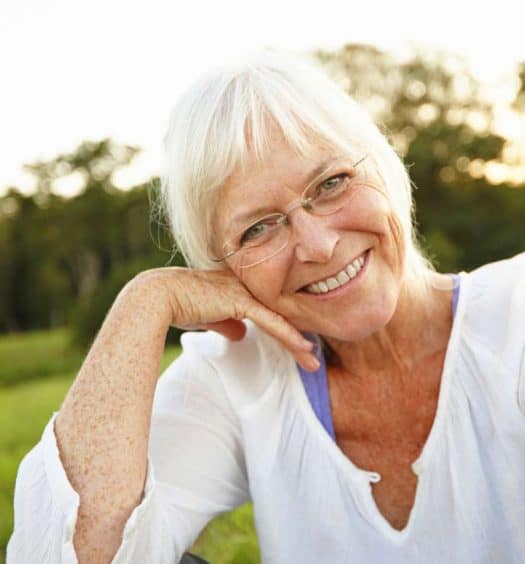 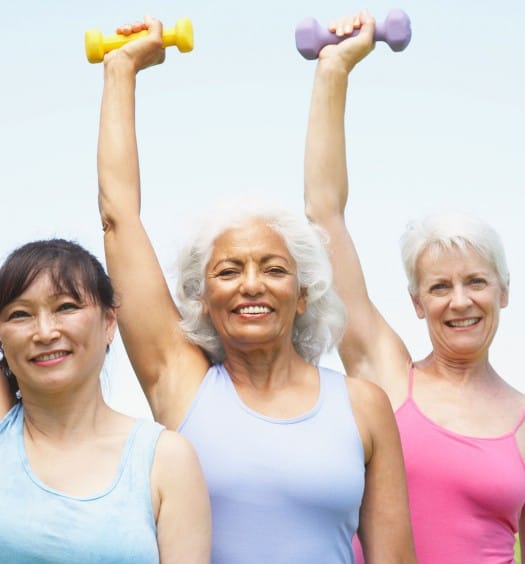