Forget Time and Money! What Do We Really Need More of After 60?

Other than time or money, what do I need more of? The question sat like a tired dog on the page. “I have everything I need and want,” was my self-satisfied answer.

But a nagging little rain cloud tugged at my conscience. I always know when I’m not quite telling the truth, but this time the uneasy feeling of deceit nested a bit beyond reach.

I thrive on awareness exercises like this. My friend doesn’t, but she’d agreed to do one a week with me. I couldn’t show up at week’s end with something as trite as I have everything I want. I could just hear her response to that! “Well aren’t you bloody special!”

The next morning the question caught me again. Staring at the blank notebook paper, willing an answer to magically appear, a word popped into consciousness: Discipline.

“Huh? Who Said That? Do I Really Want More Discipline in My Life?”

As I mentally debated the truth of that answer, I realized that since retirement I’d allowed myself unlimited laid-back time. At first it was needed. My nervous system, revved to the breaking point, was a problem. So was high blood pressure, and I couldn’t relax.

But five Bali-years later, I was a different creature. With barely a pulse, my thoughts drifted in lazy disarray, lighting on whatever bauble they fancied at the moment.

To be fair, in spite of massive quantities of enviable leisure time, I’d finished writing a suspense novel, a memoir, and now a new book was in progress. What wasn’t happening was the distasteful task of querying agents and publishers. Self-promotion, sending out e-mails, making myself do the donkey work, those had fallen by the wayside. It was much more fun to write.

Awareness is power. Now that I knew what was missing I had a choice. Discipline, believe it or not, is a choice. My goal was to get my work published. I could see that would never happen unless I got serious and systematic about it.

I’d Already Taken Some of the Necessary Steps

There had been forward momentum. Why had I stopped? Fear of success? I’m told that success is the most immobilizing terror of all. What I needed was a plan, a combination of tasks that would keep me happy, productive, and moving toward the desired end. I spent time that afternoon breaking down the daunting chores into do-able chunks. When I finished, it looked easy.

The following day I implemented the new regimen with spectacular results but by 8:00 p.m. I’d barely moved from my computer. Weeks ago I’d promised myself that I would either walk or do yoga daily. I’d kept that contract until now.

“There’s still time for yoga.” The voice in my head coached.

“But I’m hungry.” The other voice said. I went to the ice-box and took out quinoa salad.

“You can’t do yoga right after you eat. Do it first.” I liked the salad better at room temperature anyway. I left it sitting on the counter and started toward the cabinet that held my yoga clothes. Half-way there I stopped.

“Not only are you hungry, you’re tired.” I turned around, went back to the salad, uncovered it, and reached for a plate.

“You promised to exercise every day, you’ve done so well, don’t stop now.” I replaced the cover.

“You win!” I grabbed the yoga mat from the closet, unfurled it, and changed my clothes.

It isn’t easy to self-regulate. I’ll be the first to admit it. Sometimes the head games go on a lot longer than that particular internal dialogue. But each victory creates a new neural pathway. The more of those I collect, the easier it is to talk myself out of distractions and make the choice for discipline.

Now that I think about it, what I want more than time or money might actually be success, and of course, I’m terrified. No wonder there’s resistance!

Other than time or money, what do you want more of? Have you achieved discipline in your life? What about success? Please join the conversation. 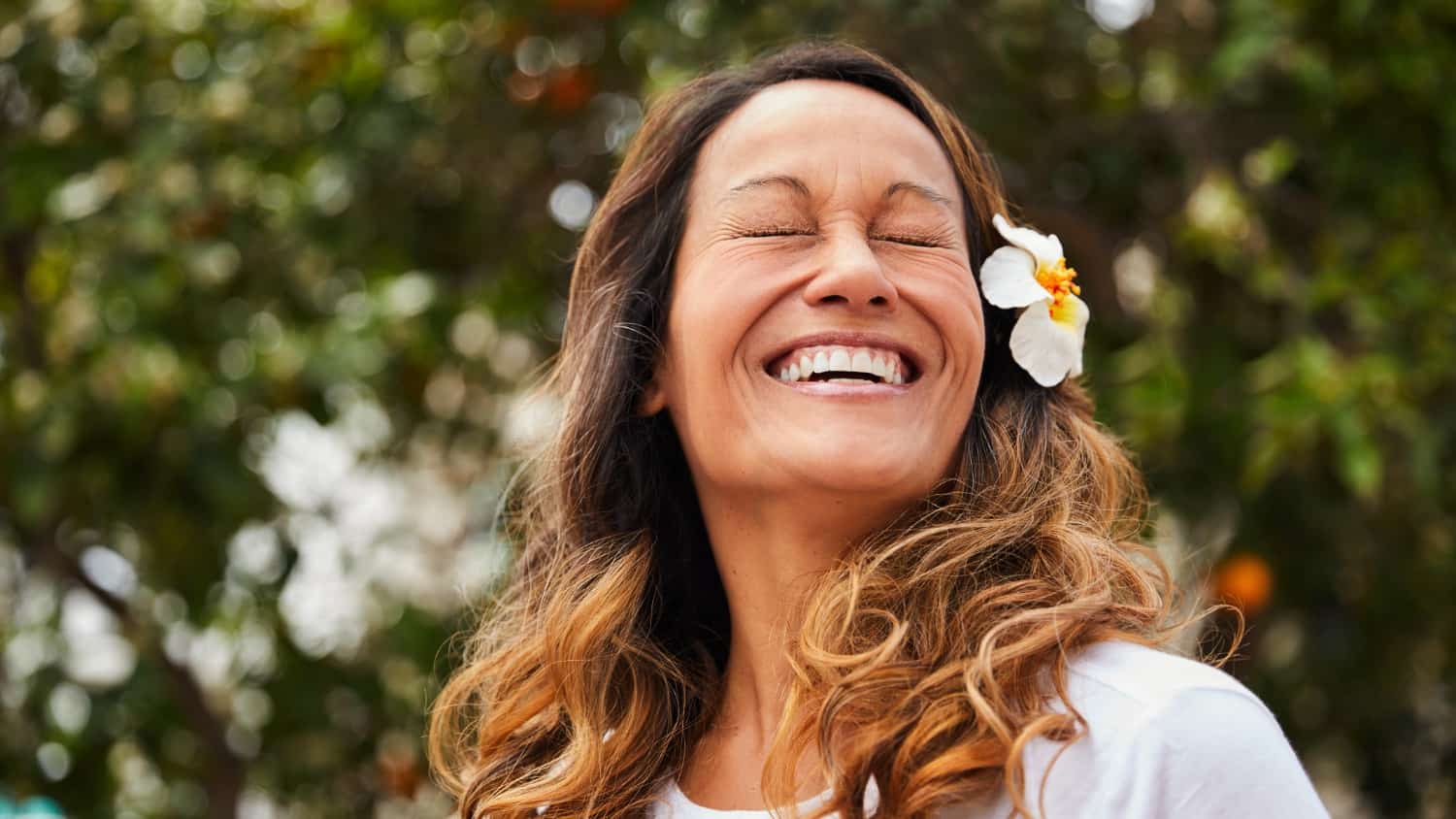 5 Fabulous Ways to Reinvent Your Life and Create Body Confidence at 60+! 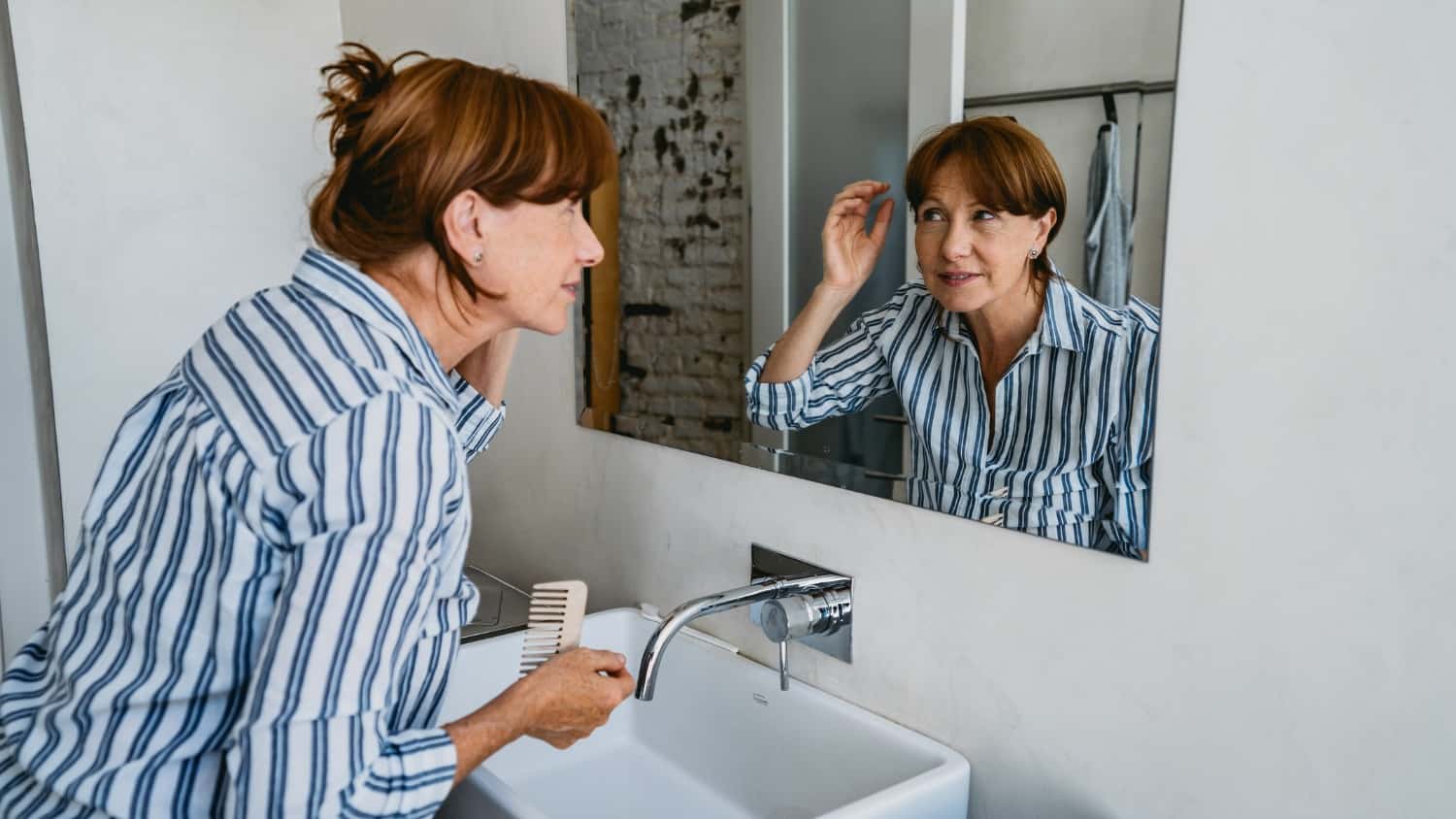 How to Silence That Pesky Inner Critic in the Mirror