Do the Holidays Trigger Binge Eating for You?

If you’re like many of the women I work with, holiday gatherings aren’t exactly a scene out of a Hallmark movie. Whether it’s an obnoxious food pusher that you can’t say no to, sibling rivalry that rears its ugly head, or the unrealistic expectations that seem to come with the season, the holidays are infamous for triggering binge eating.

Over the past few weeks, I’ve been helping women let go of the emotional baggage that comes with holidays and create new beliefs so that they can avoid that dreaded holiday weight gain!

Maybe you can relate to someone like Lori. She was always expected to bake cookies and pies and “treats” even though she didn’t want to anymore. And then she’d eat too many of the “treats” and gain weight and feel bad about herself. But this year was different! She still baked cookies to take to holiday gatherings, but she noticed they didn’t taste very good, even though she used the exact same recipe. And… she wasn’t even tempted to eat them!

Or perhaps you experience holiday stress and anxiety from being around too many people, like Cathryn, and you hide behind plates of food to feel better. But this year, for the first time in her life, she didn’t have the urge stuff herself with food to feel calm. And she was able to enjoy just the right portions of some of her favorites.

Or maybe you’ve been in Amanda’s shoes, and you have friends and family trying to “help” you control yourself. In the past, this would trigger her to binge on leftovers once she got home. But this year, feeling empowered, she told her family she was capable of making her own food choices. And her leftovers lasted all week!

Is it really possible to avoid holiday weight gain – without deprivation, without being on a diet, without saying no to invitations, and without guilt and shame?

For example, maybe you experienced feelings of helplessness as a child, and you felt powerless to help yourself or change your circumstances. As a little kiddo, you didn’t consciously store this emotion of helplessness in your body, but that’s what happens when you have an emotion that you don’t process and let go of.

So even though you’re not consciously aware that this emotion is triggering overeating at the holidays, it’s a piece of emotional baggage that is weighing you down. You feel helpless to change your circumstances, so you keep repeating the patterns from the past… liking baking “treats” you really don’t want or eating foods that you don’t like because you feel like you have to.

Or maybe you have a subconscious belief of “I have no control.” With this belief running the show behind the scenes, no matter how hard you try, you likely won’t be able to stop overeating because you don’t believe you have control.

Or maybe your emotional baggage has more to do with long-held feelings of anxiety and overwhelm and the holidays amplify these feelings. You “use” food to calm down and soothe yourself because you don’t know what else to do.

Once you’ve identified the real issues, the next step is to let go of the emotional baggage and sabotaging beliefs that are weighing you down.

Next, Create a New Belief to Change Your Behavior

How would you really like to experience your holiday season?

Would you like to feel empowered enough to let go of the “Hallmark” traditions that just aren’t working for you?

Would you like to believe, at a very deep level, that you are in control of your food choices, and you know what was best for YOUR body?

Or maybe you would like to know how to feel calm, without having to use food?

The key is to create a new self-enhancing belief that works for you instead of against you.

Like Maggie, who created a belief that holiday foods were “neutral” for her… and she released 5 pounds this month instead of gaining them.

Or Nanette, who created a belief that she could be calm over at Thanksgiving. This year she didn’t have to “use” soda or chocolate to feel better.

I created a new belief about night-time eating. And it’s working so well that I “forgot” to bring home some pumpkin pie leftovers from our Thanksgiving gathering to eat later in the evening.

And I didn’t even care! The pie was totally “neutral” for me. No charge. Not calling my name. No regrets.

Are You Ready to Learn More?

I really love the techniques I use to stop emotional eating and create new beliefs, and I love using these techniques on myself and sharing them with clients!

To learn more about how letting go of your emotional baggage and creating new beliefs can prevent holiday weight gain, I warmly invite you to watch the video above.

To learn how to stop your cravings and emotional eating, I have prepared this free workshop. And, at the end of the workshop, you’ll have the opportunity to schedule a FREE consultation with me to learn more.

Which holiday food seems to call your name? Do you feel obligated to eat certain foods over the holidays? Have you tried to gain control over your food habits?

For our family, the key has been letting traditions change and evolve into what works for us rather than rigidly adhering to set patterns. Plus, we recognize that each person has their own needs and desires when it comes to food, and we respect this. When I host, I try to have something for everyone on my table. This isn’t as difficult as it might seem. It doesn’t mean creating several menus just having a variety of foods that people can choose from to complete a meal. Most grateful people are happy with this.

Oh boy. Over-eating during holidays is a touchy subject. Most of my over-weight girlfriends are in their kitchens as I write this making cookies, pies and such when they really don’t want to. Their family and friends expect these goodies because they have always followed their own traditions. I’ve maintained a healthy weight all of my life and the main reason is that I know, “I am what I eat”. I stopped traditions relating to food many years ago. Bringing sushi to family parties and gathering has been a hit! Just an idea. There are so many healthy, low calorie foods to choose from these days!

Karen Donaldson helps women stop their cravings and emotional eating so they can lose the weight and keep it off. She is a Registered Dietitian, EFT (Emotional Freedom Techniques) Certified Weight Loss Coach, Emotion Code Certified Practitioner and a Weight Loss Mindset Expert. Learn more at excelweightloss.com. 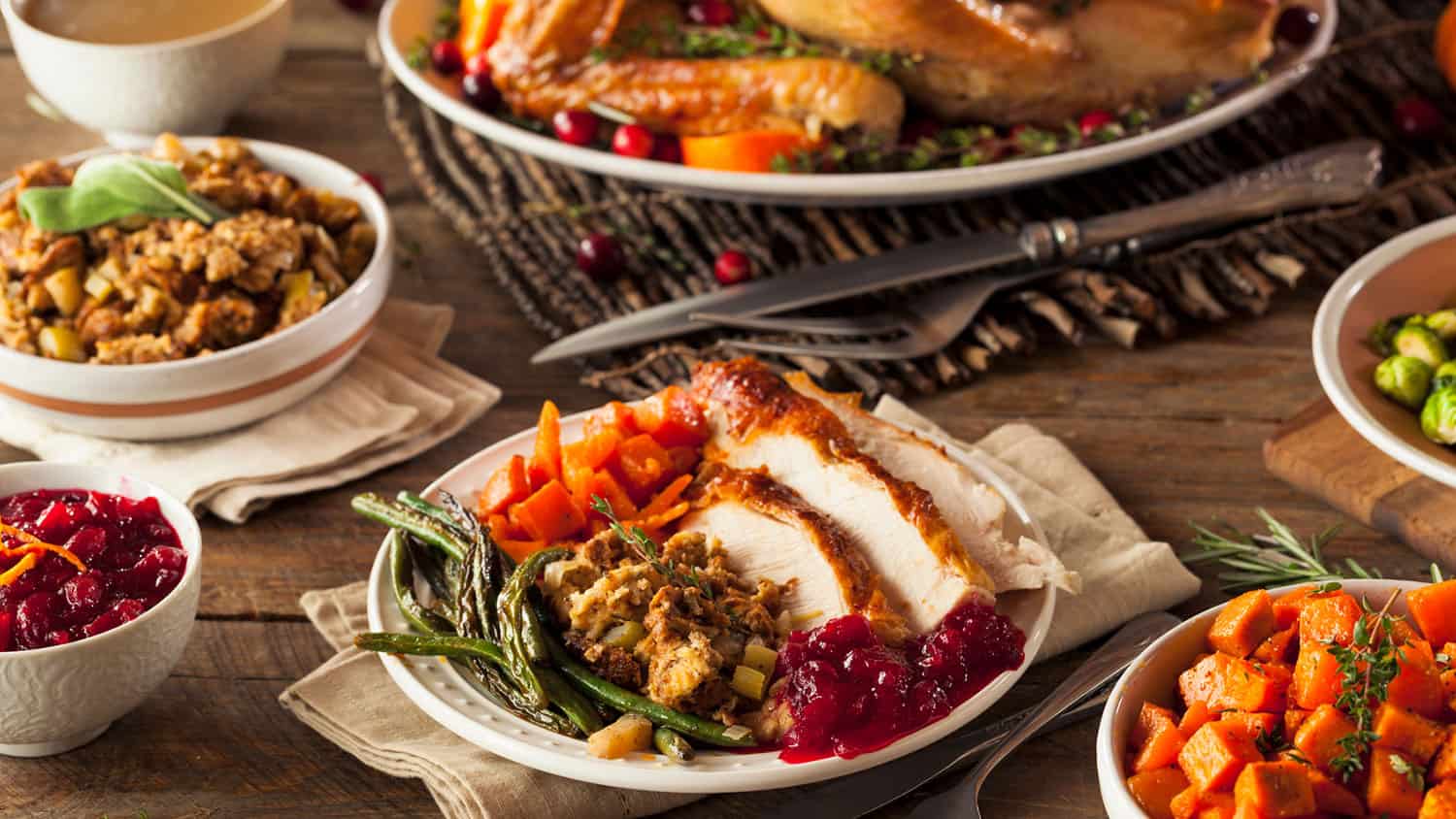 5 Nutritious Holiday Food Choices You May Not Have Considered 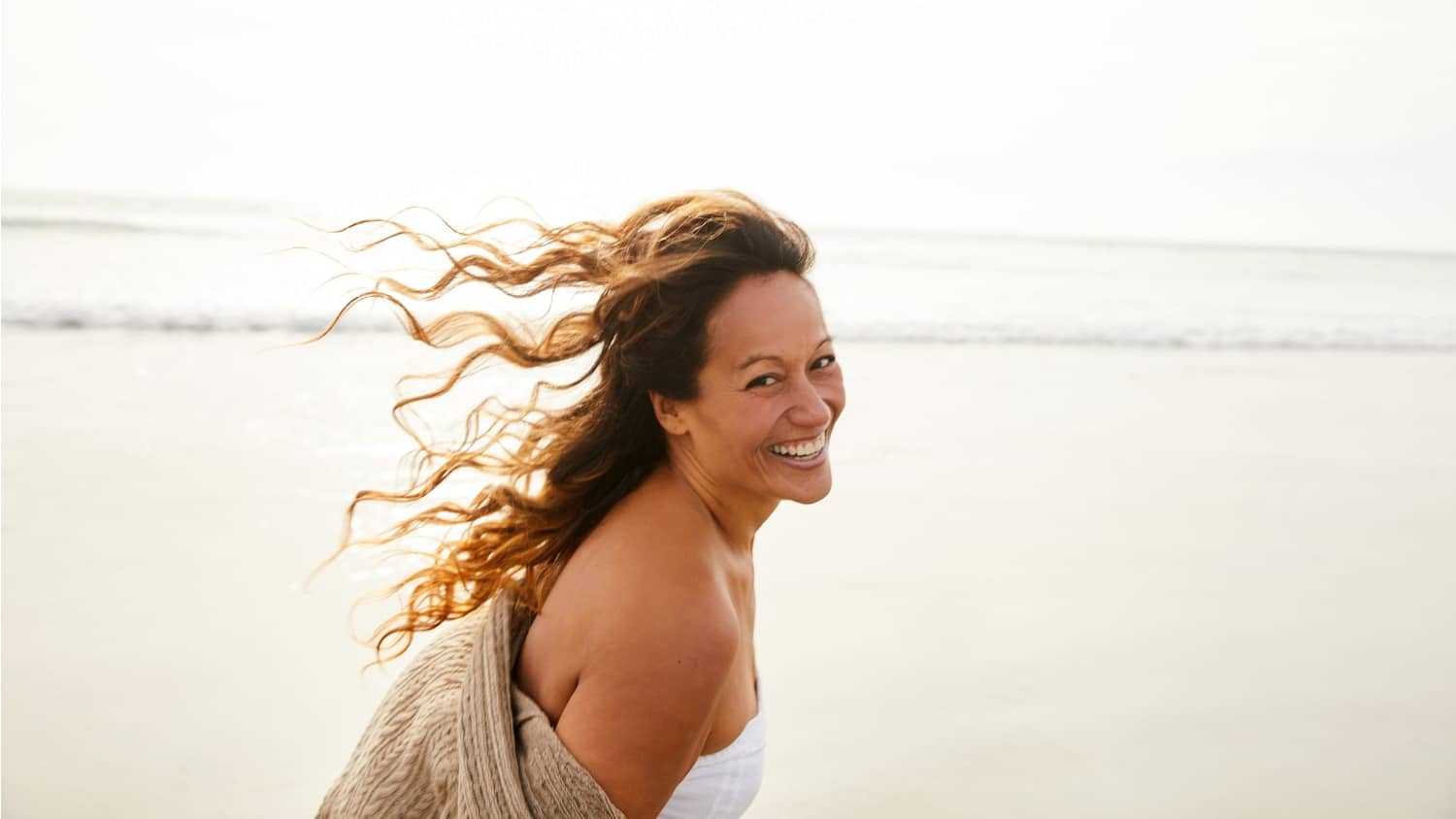 Our Great Grandmothers Wouldn’t Recognize Us: We’re Healthier, Happier and Crushing It!