How Do You Know You Have Just Enough? The Secret to Staying Downsized

You’ve gone through the incredibly hard process of downsizing your house to a smaller place – maybe a much smaller place. You’ve moved, organized things, and figured out just where to put everything you took with you.

If you haven’t, you’ve probably gotten rid of more things or rented an external storage unit, for which you’re paying a not-insignificant amount every month.

But then, after you’ve settled in for some time, you’re horrified to find that spaces are beginning to fill up again! All those empty bookshelves now have books and other things on them.

It’s gradually beginning to get harder and harder to hang another new pair of jeans in the closet. The drawers in the kitchen are getting fuller and fuller, so that, again, you’re beginning to have to hold things down to close the drawer.

You realize that it’s time to STOP! Good for you!

Downsizing Is a Process, Not an Event

Over the past couple of years since my own downsizing, moving into a much smaller place, and writing of my book The Upside of Downsizing: Getting to Enough, I’ve come to believe that downsizing is not a one-time event – it’s a way of life.

And just like any other way of life, it requires constant vigilance until it is so habitual you don’t need to think about it. It’s just the way you live.

Think about a time when you decided to make some kind of significant change in your life. It may have been to stop eating red meat, or go completely vegetarian. It may have been to exercise at least 10 minutes every single day, or to get eight hours of sleep no matter what.

It may have been to cut your daily screen time by half, and then by another half. Or to have a real family dinner with conversation at least two nights a week. Or whatever else you decided was important for you and/or for your family.

Remember those first few days and weeks. Sticking to your commitment to yourself was really tough, and it took a lot of resolve and thought to keep at it. But gradually, if you did stick with it, it became easier and easier until it was just the way you live.

I remember when I stopped eating red meat. It was in the mid-1980s. I was living in New York, and suddenly meat was very expensive. I had my first teaching job at a university and, although it was much more money than I had ever earned in my life, it was not a lot to live comfortably in New York City.

I decided that I would stop buying the very expensive meat so that I would have money to do other fun things I wanted to do.

Well, I had grown up in the Midwest, and every night our dinners consisted of meat, potatoes, and vegetable. Always meat. Always. So, not having meat night after night for dinner was really hard, but I did it because I wanted to be able to do other things.

Looking back now, I’m not sure when it became just the way I eat, but it definitely did. It would never occur to me now to have a big, fat hamburger or thick steak. I don’t feel deprived. I don’t long for any of those things.

And that’s the direction we need to head in when we decide to have a downsized way of life. We just don’t acquire anything without carefully thinking about it.

Stop Acquiring Before It Starts (Again)

When a new object tries to enter your life, ask yourself: “Do I really need this?” If not, “Do I really want it?” If so, “Where will it go? What will I get rid of to make room for it? What if I wait one week until I get it?” After the week is over, if you still want it, go ahead.

You can also keep a bag in the corner of the room. As you come across things you realize you don’t need, put them in the bag, promising yourself that anything that goes in doesn’t come out, unless it really, truly went in by mistake. (Or it belongs to someone else and they suddenly realized it’s missing and want it back.)

For many of us, it’s important to remember that we are enough. Just the way we are. We are complete. We are ourselves. There’s never been another person like us, and there never will be again.

There may sometimes be things about ourselves we’d like to change, but that doesn’t mean there’s anything wrong now. There’s just something we decide we’d like to make different about how we are in the world.

Fundamentally, you’re still you, I’m still me, and we’re both just fine the way we are. We are enough, and we don’t need to add anything to be more OK, in spite of all the advertising messages we get every day telling us, how much better or happier we’ll be after we buy whatever they’re selling.

What we are committing to today is to no longer live that way. Going forward, we will strive to live with “just enough,” not too much, and not too little.

I’d love to hear from you about how it’s going for you. I’ve committed to it, and I still need to remind myself every day. Find a friend who would like to try this with you. Let’s help each other.

What does downsizing mean to you? How do you accomplish it each day? What do you do to stop yourself from accumulating more stuff than you need? Please share your thoughts with our community!

Sara Hart is a business owner, speaker, author and coach. Her project, the Sign of Enough, is designed to help us answer the question, “How will I know when I have enough?” with a focus on the emotional side of downsizing, not the practical. Please visit here https://signofenough.com/blog/ 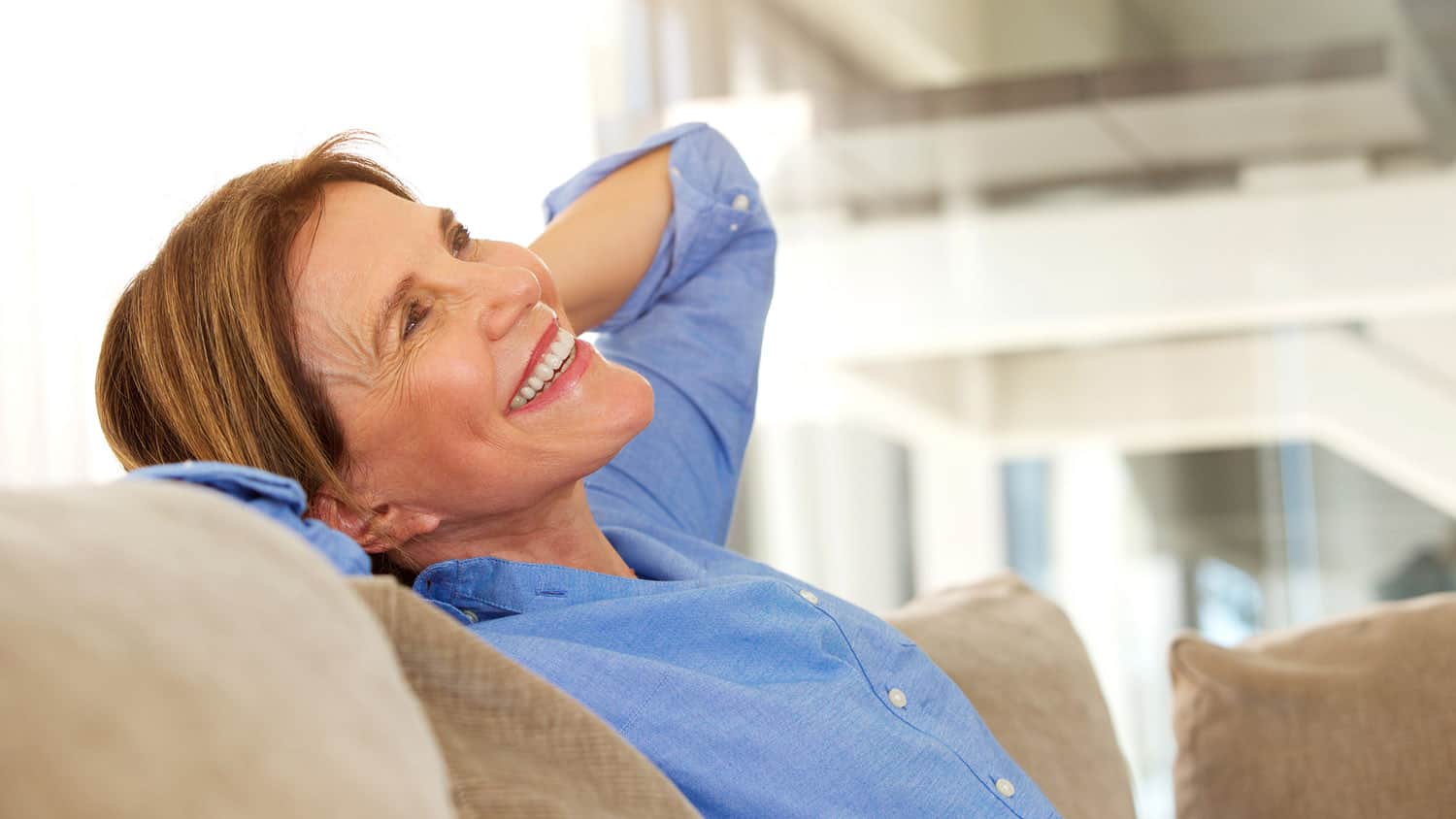 Downsizing After 60: Are You Surrounded by Too Much Stuff and Need to Let it Go? 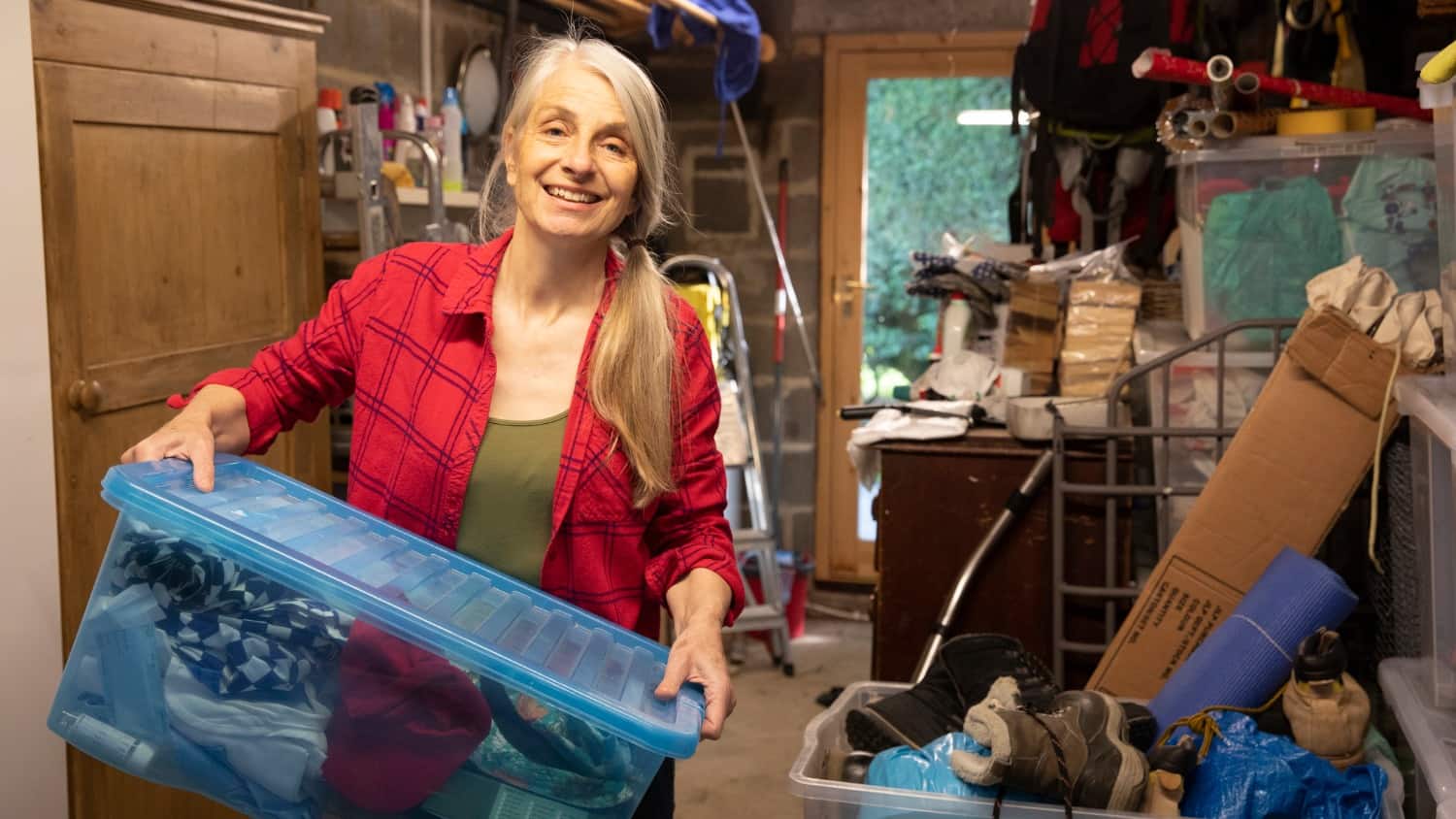 Start the New Year Off Right by Decluttering Your Home