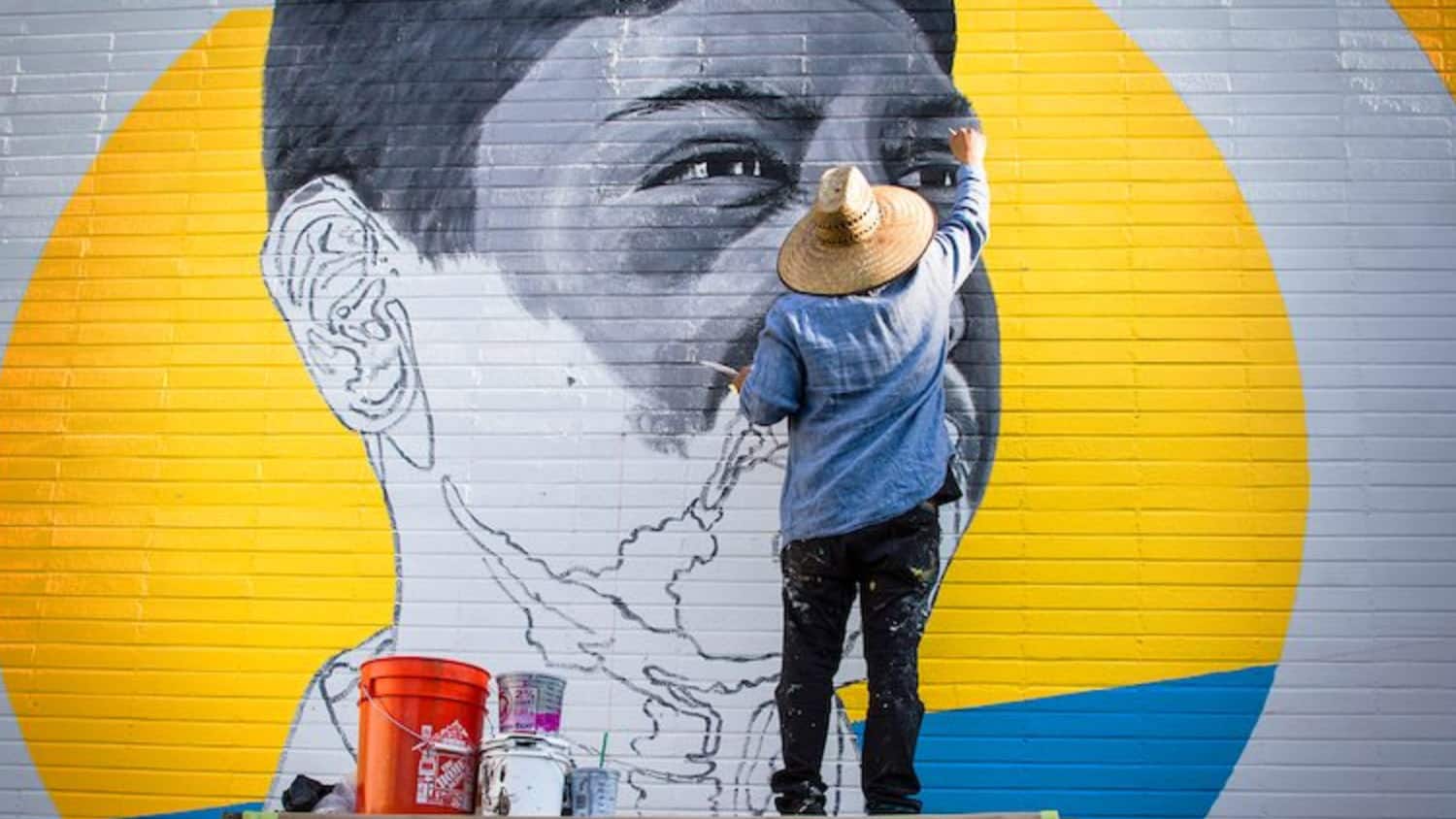 Los Angeles, the NoHo Arts District: A Guide for the Visitor or Potential Resident

As women over 60, we are hardly at the end of our game. We are vibrant creatures who love art, sports, music, food, social interaction and all the other blessings of a rich culture.

Sometimes we can’t find all of those in one place, but sometimes we can. One of the great spots I have found that accommodate all my desires as a woman past 60 is the NoHo Arts District.

What Is NoHo Arts District?

NoHo stands for North Hollywood and is situated in the East San Fernando Valley within the city of Los Angeles. It’s adjacent to the major studios in Burbank, Studio City as well as Universal City studios and theme park.

In the early 1990s, the city of L.A., along with North Hollywood Chamber of Commerce, established a one-square-mile area as the NoHo Arts District, playing on New York’s Soho arts district.

The intent of L.A. city planners was to create a ‘walkable’ urban village with the motto “NoHo: where the arts are made.” Now there are over 30 live theaters as well as art galleries, specialty shops, restaurants, cafes, comedy clubs and bars. Exactly the kind of thing that any senior would love to enjoy. 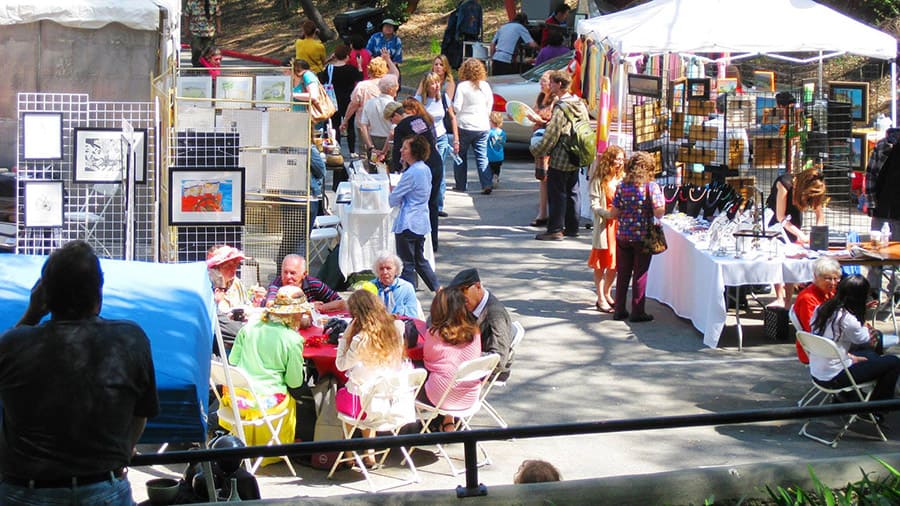 In addition, there are acting, dance and yoga studios that can fill up our now work-free days, and NoHo boasts the largest concentration of music recording venues west of the Mississippi – in case you’re a talented vocalist and want to try those out.

Time Out L.A. reported: “North Hollywood is a playground for theater geeks, but it’s also a great neighborhood for culinary exploration.” And senior men and women, like any other generation, love quality food.

There are dozens of restaurants within NoHo’s square mile: a variety of Asian cuisines, Mexican, Greek, Middle Eastern, Italian, as well as breakfast, brunch locations, chic café’s and bars. The chain fast food restaurants are also widely available along with two Starbucks locations.

The NoHo Arts District is also the home of the historic EL Portal theater built in 1926. To us Boomers it brings back the nostalgia we associate with vaudeville and silent films.

Local businesses contribute to security by employing staff on bicycles daily, from noon to 10 pm. They wear helmets and bright yellow t-shirts marked “Safety Ambassador” and carry out their job of ‘observe and report’. I’ve also found them helpful when in need of information.

There are many well-known chain hotels near the NoHo Arts District. Also consider The Garland, a retro chic hotel built in 1970 by Beverly Garland, the actress known for her TV roles.

For senior travelers, Airbnb is another option, as there are many available rooms, entire apartments and houses offered in the area.

Median rents are US$2700 for the new luxury apartment complexes, and median home prices range at about US$550k in the arts district zone, though we’ve seen a raise of almost 15% in the past five years.

The NoHo Arts District has a major transport hub, including the L.A. metro line’s North Hollywood station, which makes it widely accessible to those of us who no longer drive.

The red line can get you downtown L.A. in 40 mins, and it takes only 15 mins and 2 stops to the major Hollywood tourist attractions, such as the Chinese Theater and the Hollywood Walk of Fame.

Burbank airport, known as the Bop Hope airport, is only 3.5 miles from the NoHo Arts District, which is pretty convenient for senior tourists. There is direct access to many major freeways, and LAX airport is at a 23-mile drive.

My Love Affair with the NoHo Arts District

About five years ago, my son and I purchased a condo in the middle of the NoHo Arts District. My son, a sound engineer, liked the area and knew it was going to develop quickly.

For the first years, I visited a few times a year, but now I stay longer as my son travels for work. It’s also convenient as I produce film and web projects with L.A. based groups.

I absorb the creative energy among the many residents and visitors where the median age is 36. It’s almost a daily occurrence to stumble across camera crews filming on the streets, either major productions or indie filmmakers.

It’s typical to overhear conversations about entertainment industry projects in restaurants, bars and coffee shops. And for us creative folk, this is an inspiration, especially when we work in retirement.

Another advantage is the walking-distance access to public transportation. When not convenient, I turn to my favorite economical option of Uber Express where you are directed to a nearby corner for your shared ride.

We’re about to get a Whole Foods 365 market, too, and that’s a sure sign we’re turning into a chic neighborhood. It’s pretty convenient for all retirees who like to live on a healthy diet.

I hadn’t lived in an urban setting with transport, amenities and entertainment within a short walking distance since going to New York University and living in Greenwich Village in the 1970s. So, I confess, I’m reliving my youth and having a blast at it!

What’s Next for NoHo Arts District?

Unfortunately, even NoHo has the typical U.S. urban issues of homelessness, drugs and crime. There are also fears of overdevelopment and rising rents, both commercial and residential, which has already driven many artists out of the area. Would it drive out the retirees as well? I hope not.

On the positive side, through the NoHo city council, our highly engaged community provides input on development and outreach to residents and businesses.

The council interacts with city government on a three-year planning process to address zoning, increasing housing rentals, land use, environmental impact and initiatives to reduce homelessness, drugs and crime.

I look forward to the future of the NoHo Arts District. But in the meantime, I enjoy my ‘walkable’ urban village, the theaters, restaurants, bars, cafés and above all, the creative energy!

What do you imagine an arts district should look like? Do you think you would enjoy living in or visiting such a place in your senior years? Let’s discuss the many beauties of a creative arts neighborhood!

Angela Page is a writer and producer. One of her published titles is “Suddenly Single Sylvia,” a novella and dating guide. Her award-winning comic romance, "Matched in Heaven,” and short comedy, “Unplugging Aunt Vera,” were released in 2015. Angela divides her time between Boca Raton and Los Angeles. Please visit her website here http://www.angelapage.net 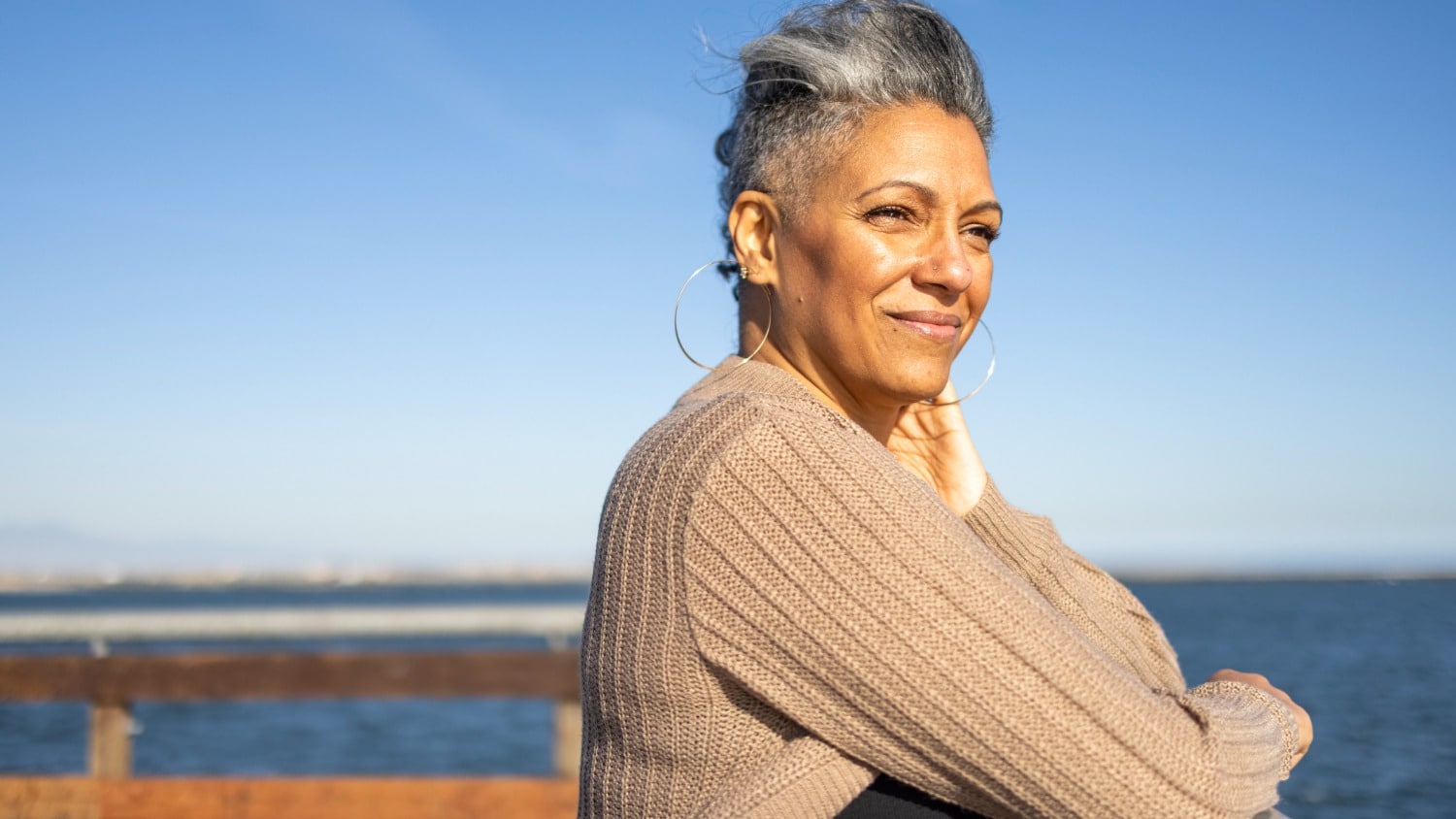 Is Keeping Busy the Secret to a Happy Retirement? 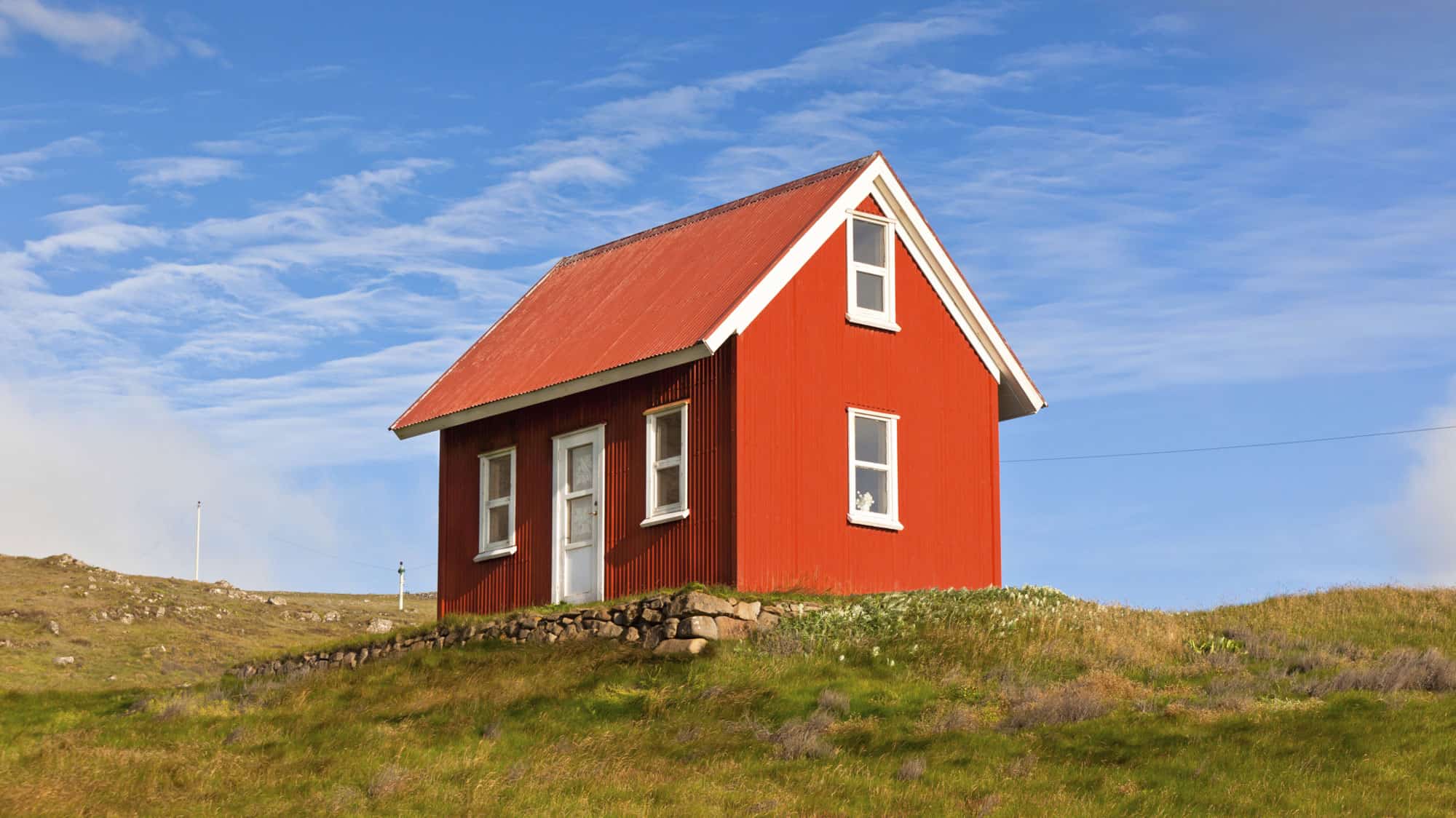 What Describes Your Ideal Retirement Lifestyle?