Woodstock with Waves: Why Music Cruises Are a Big Hit with Baby Boomers

If you’re a Baby Boomer who still loves the music of your youth and also sailing the Caribbean, then music cruises may be for you!

One of the fastest growing trends in the cruise industry is themed excursions and those offering floating music festivals at sea are among today’s top sellers. Although music has always been part of the cruising – think the orchestra on The Love Boat – today’s music offerings aren’t anything like those Lawrence Welk days of yore.

Today, you can cruise for five to seven days with classic rock era bands and artists ranging from Chubby Checker to the Beach Boys to Herman’s Hermits to Yes to America to Peter Frampton providing the live soundtrack for your sea travels.

Currently, there are more than 30 such music-themed cruises being offered by various cruise lines and more are being added every year.

The 3 Types of Music Cruises

Basically, there are three types of music cruises sailing from Florida ports.

The first type features a range of artists from a specific musical period. Malt Shop Memories is one such example. This year that cruise will feature Dion, Brenda Lee, the Righteous Brothers, Bobby Rydell and about 10 more acts from the early 1960s.

A second type offers artists from a particular style of music. For example, next year’s Soul Train Cruise will feature The Temptations, the Pointer Sisters, the O’Jays, and the Spinners, while a new Southern Rock Cruise will be featuring Lynyrd Skynyrd, .38 Special, the Marshall Tucker Band, the Outlaws and many more acts.

The third type is a cruise curated by one act or artist, which means that they perform and choose all the supporting acts. This year Kiss and the Moody Blues sponsored such excursions.

A Glimpse of Our Music Cruising Experiences

While these music cruises have been around for more than a decade, I never really considered taking one until last year when I discovered that Gregg Allman of the Allman Brothers was going to be headlining the Rock Legends IV Cruise.

Now, as is often the case with couples, my wife Judy and I have very different tastes in music. But she loves Gregg Allman and I love anything Allman Brothers-related. Since the five-day cruise was scheduled during the time of Judy’s 65th birthday, we decided to book it. And the cruise exceeded all our expectations. The highlight was that Judy got to meet and spend time with Gregg Allman on her birthday and we were stage-side for his late-night concert that same day.

In fact, we enjoyed our first music cruise so much, we decided to book the recent Flower Power Cruise, which sailed last month and offered Eric Burdon and the Animals as its featured act. In addition to Burdon we got to see performances from Vanilla Fudge, the Zombies, Rare Earth, The Spencer Davis Group, The Family Stone (without Sly), The Yardbirds, The Lovin’ Spoonful, Three Dog Night, the 5th Dimension, and individual sets by co-cruise hosts Mickey Dolenz of the Monkees and Peter Asher of Peter and Gordon. We also got to witness the most tie-dye seen since 1967’s Summer of Love.

Our Top-Ten Reasons to Consider a Music Cruise

Now while music cruises aren’t for everyone, if you think you might be interested, here is a top 10 list of plusses compiled by Judy and me:

First, depending on the cruise, you can see as many as 20 different performers and more than 50 shows. In fact, there is so much offered daily that there is no way you can see and do everything, which is really a great problem to have.

On the 7-day cruises, you can watch a favorite performer in concert as many as three times.

On some music cruises, the fun starts at noon and doesn’t end until 2 a.m.

Since all shows are first-come, first-seated, you can get a front row seat to any performance if you get in line early enough.

With the exception of the featured performers in the ship’s theater, all other performances are held in intimate venues like lounges or on-deck so you can really get close to the music.

Often, musicians will sit in with other performers, making for a special show. Some cruises even offer late-night jam sessions where all musicians on board are welcome to come and play.

In addition to performances, most of the cruises have open meet-and-greet sessions where you can actually talk to your favorites and get pictures and autographs. Many fans bring old albums on board and get them signed. Some even collect autographs on their guitars.

Often, performers will be interviewed by cruise hosts for later TV showings on board and you get to be there at the tapings.

Like you, the performers are staying on board and you can talk to some of them as you see them around the ship if you want to. Some fans who have been on multiple cruises say they’ve formed close bonds which some of their favorites.

In addition to musical performances, many music cruises feature noted lecturers on a variety of music topics. Also, many of the regular shipboard activities like trivia, dance contests, or auctions are designed to fit the special type of music being offered.

And in the End, It’s as Much About the Fans as It Is the Music

Almost as important as the music is the fact that you will be spending time with as many as 3,000 fans who share your interests in the music and the times in which it was made.

Impromptu friendships are formed that may last as little as a few shipboard days or as long as a lifetime. For example, on the Rock Legends IV Cruise we met Darlene and Joe Smith of Staten Island. They had been on all three previous Rock Legends cruises and had joined a growing group of fellow cruisers who keep in touch regularly on social media. Some even travel to each other’s home cities to take in concerts there.

“We meet and talk to people from all around the world,” Darlene said. “It’s been life-changing for all of us. We’re basically like a big family now.”

So, would Darlene and Joe be sailing on Rock Cruise V?

“Our pockets are getting empty, but we’ll definitely think about it,” Darlene said.

On our recent Flower Power Cruise, we also bonded with many of the fans on board. Sometimes, this bonding takes place as you are waiting in line for a show. Such was a case with two couples – John Pilgrim and his wife Olivia and their traveling companions on this cruise, Don and Cathy Shelley.

Ironically, the two couples had met on the first Flower Power cruise when they were standing in line for a show. The bond was immediately cemented when the couples found out they shared something unique in common – both Olivia and Cathy had won contests providing them with a free cruise.

They enjoyed themselves so much they returned for the second sailing. This time they were paying, but insisted the cruise and the memories it promoted were worth the expenditure.

“Why do we spend money on the things we do?” Don rhetorically asked. “Well, I think anyone could understand if you were to look at some of the 550 pictures I’ve snapped of this cruise.”

Pilgrim, who over the five days of the trip proved to be as funny as any comedian ever booked on a cruise, added, “I know the one truth that every old person should know (not that I am old yet). When you’re old, there is still a 17-year-old inside waiting to come out. And this Flower Power cruise experience allows that young guy or gal to emerge. And when one emerges as a 17-year-old again, the motto should be – seize the moments. And that’s exactly what we’re all doing here.”

Have you ever taken a music cruise? Is it something you’d love to do? How about cruising in general – are you a fan? Please join the conversation. 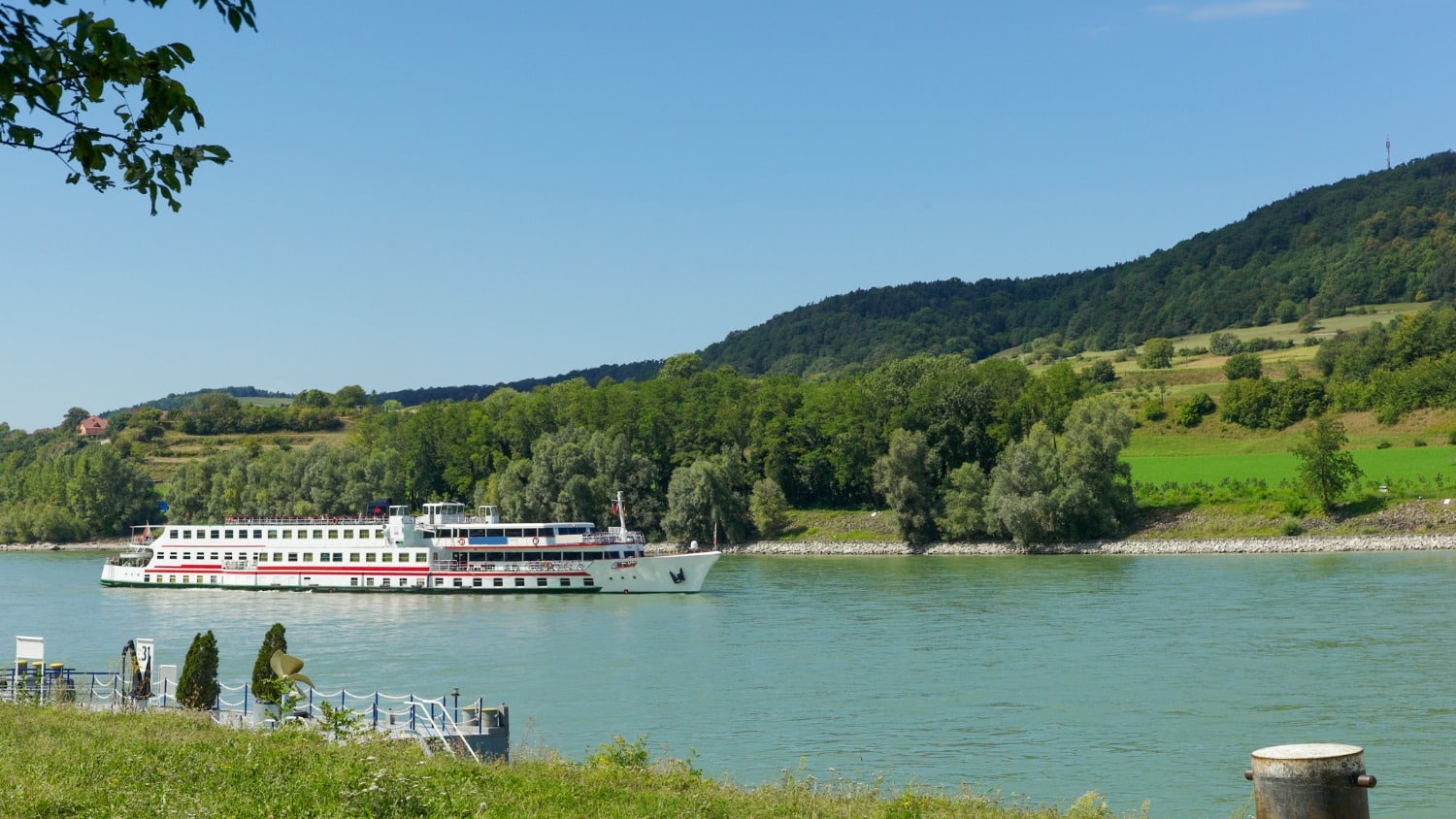 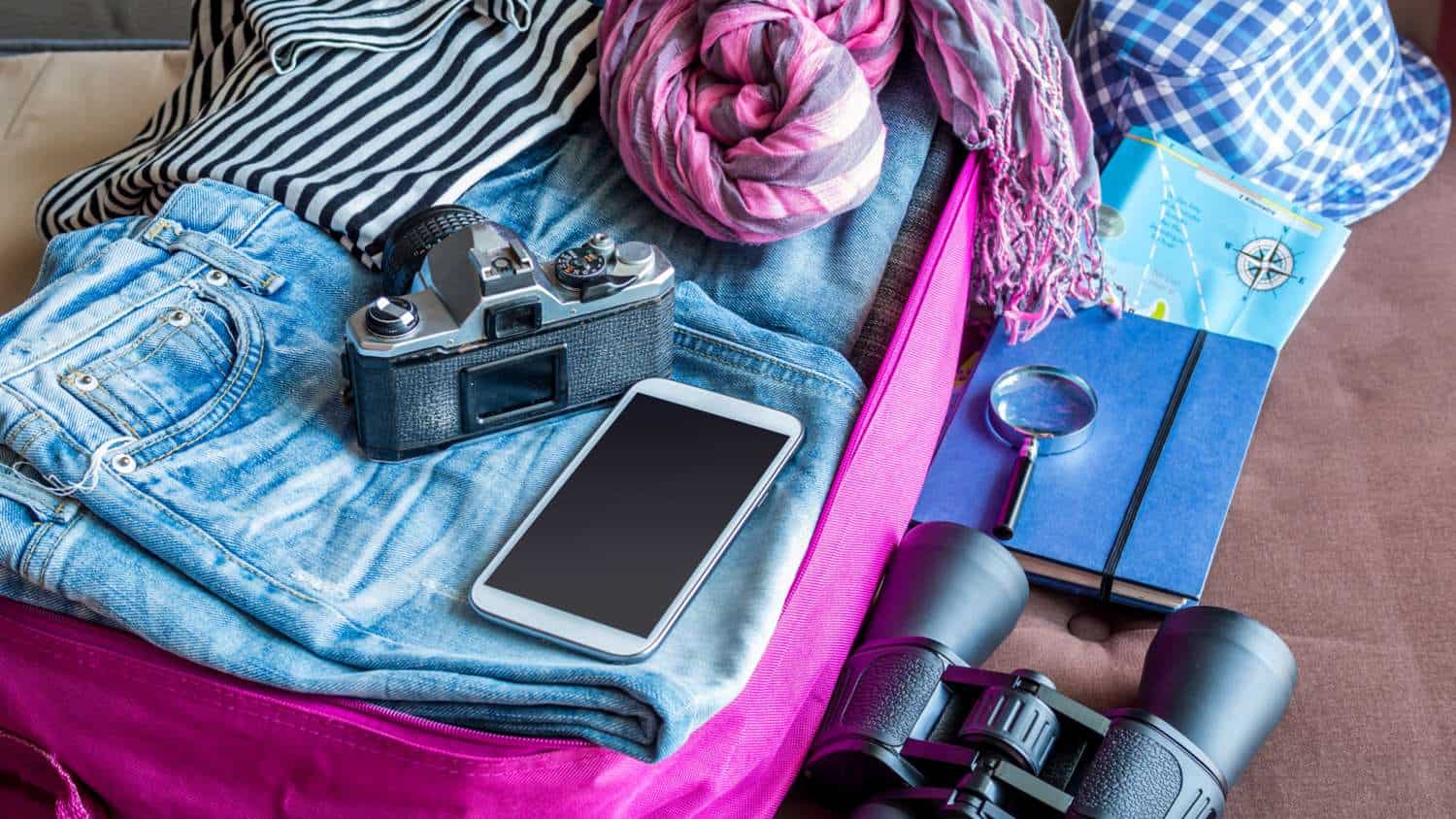 Wondering What to Pack for a Cruise? Ask Yourself these 4 Questions (Video)