You see it on the red carpet in Hollywood and at swanky restaurants. A man who is clearly in his 50’s or 60’s has a luscious 20-something woman clinging possessively to his arm. Think this spells dating doom to women over 50? Think again!

Margaret Manning of Sixty and Me and Love Coach Lisa Copeland talk about why men over 50 want to date younger women and why that isn’t the end of the world for more mature women. The good news – dating for women over 50 isn’t a lost cause. You just have to know what you want.

Biology plays a huge role in the Older Man/Younger Woman dynamic. Unlike women, men in their 50’s and 60’s can still produce children. That means the fertility signals of a young woman, such as lustrous hair and a toned body, can trigger the primal instinct present in men to reproduce.

Of course, men over 50 don’t necessarily want more children. In fact, according to Lisa, “often older men will try dating a few younger women and find that, without any shared history, it’s too hard to maintain a relationship”. These men often come back to dating women within five to seven years of their own age.

Signals of Success – Power and Status

Despite what the tabloid covers portray, young women generally don’t want to date much older men. After all, who wants to date their grandfather? It takes a special man, generally one with a lot of money or influence, to overcome this natural prejudice.

This fact often figures heavily in the next element of the Older Man/Younger Woman dynamic. Dating a younger woman is a definite status symbol for a man over 50. When seen with a younger woman, people automatically assume the man has plenty of power and money.

Who wouldn’t want that?

Let’s Get Physical – But That’s Not the Only Attraction

Most women over 50 just can’t compete with 20-somethings when it comes to physical appearance. But the physical isn’t the only attraction that a pretty young thing possesses. Older Men are often just as drawn to her playful and flirtatious manner as to her wrinkle–free face and toned tummy.

This is good news for the mature woman on the dating scene. It’s never too late to learn to flirt a little. Let your hair down and play!

Are you still feeling like the over 50 dating deck is stacked against you? Don’t despair – you have a lot going for you! You just have a little homework to do to discover exactly what that is.

Confidence is key for both men and women in the dating game. A woman who feels good about herself, is looking to have fun and is full of confidence is attractive no matter her age.  Older women have a lot of life experience and are more likely to have mastered all these traits.

Get out there and the world show just how great women over 50 can be!

Online dating can be both a great experience and a nightmare – sometimes both at the same time. There is no other way to sort through so many men so quickly. Of course, this means you will see lots of great men and more than a few jerks as well.

What do you do when all the men you’re interested in seem to be looking for women in their 20’s and 30’s? “Take heart,” Lisa says, “have a great profile picture and men may find that your maturity and charm are just what they are looking for, no matter your age”. If you’re really feeling adventurous, there are many younger men who are looking for older women.

The bottom line – while men over 50 may be naturally attracted to the way a younger woman looks, he may find that just isn’t enough. Don’t discount the appeal of an empowered woman who knows what she wants and realizes that she has choices. There’s so much more to a relationship than physical attraction.

If a particular guy doesn’t want a confident woman over 50, he just isn’t the man for you!

Why do you think older men seem so attracted to younger women? What do you think you have to offer a man as a mature woman that you didn’t have when you were 20? Do you have an online dating success or disaster story? We want to hear about it! 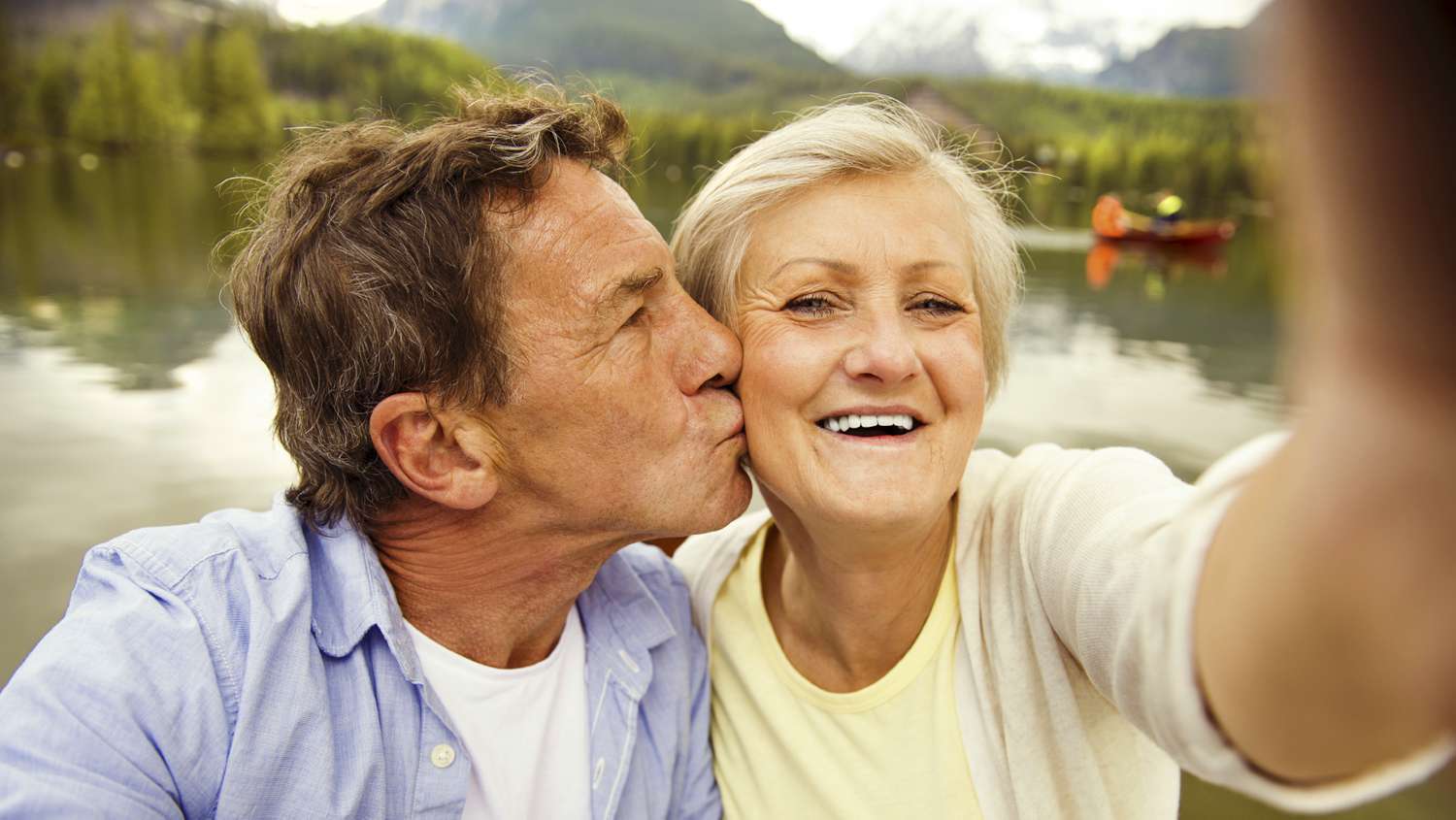 It’s OK to NOT Be Interested in Dating After 60