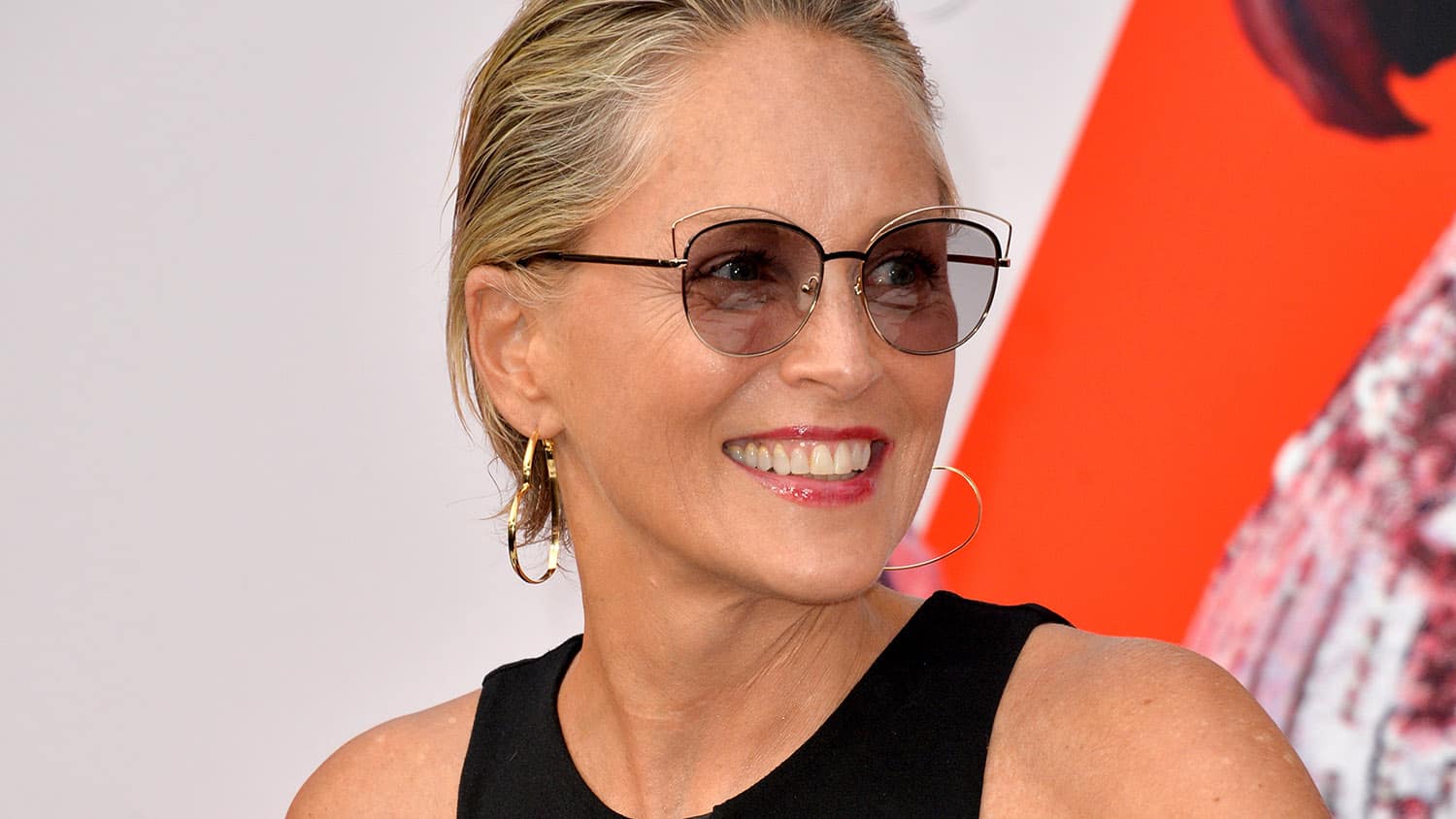 Sharon Stone is a Strong Single Mom with a Sexy Style!

After nearly 40 years in the entertainment industry, Sharon Stone, 60, has still got it – style, sophistication, and sex appeal.

Several recent public appearances by Stone have only reiterated the fact that the actress, producer, and mother of three really does seem to get better and better with age. Over the years, Stone has made headlines with her noteworthy performances in countless films and television series, often cast as in the role of sex symbol or seductress!

And while some might assume that life milestones like raising children or turning 60 might cause the actress to tone down her sex appeal, they would be sorely mistaken, as this single mother looks better (and sexier) than ever these days!!

Earlier this week, Stone was spotted heading out to eat in Los Angeles showing off a seriously stylish look! The starlet paired a sleek black tea-length dress with an eye-catching bright red blazer. The real star of her ensemble, though, was what she wore on her feet – blue velvet peep-toe platform shoes that added a bit of charisma and funk to the entire look!

The 60-year-old star looked simply stunning in a body-hugging, ruched, black dress with a plunging neckline and ¾ length sleeves. She added a chunky, silver choker and see-through black pumps to complete the sexy style.

While it’s impossible to deny the incredible sex appeal that Stone maintains or the fact that she really knows how to glam-it-up for red carpet events, her glamorous public persona is only one part of this actress’s life – she is also a single Mom to three boys!

Known for her propensity to keep her private life private, Stone rarely talks about or shares pictures of her family or life as a Mom, but the celebrity recently opened up to People magazine about this very private part of her life.

While anyone with kids knows what a tremendous amount of work raising kids can be, they also know the joy that it can bring, something that Stone spoke about to People, saying, “Motherhood didn’t come easily, but it came lovingly to me by angels. It takes work and time and years and effort.”

Stone went on to share that she is incredibly happy with being a mother and with her life right now, saying, “I live in the same house I’ve had for 25 years, and I feel happy waking up in my house with my kids. They’re at a wonderful age when we don’t have to have a nanny living with us anymore. I can wake up on a Saturday and I come downstairs, and they’re playing and we hang out. We swim, play basketball, we watch movies. We have such a lovely family dynamic.”

After years spent working hard for her success in the entertainment industry, a difficult custody battle with her ex-husband, and suffering from a brain aneurysm in 2001, it is high time that this talented actress has found the comfortable happiness that she expressed in her recent interview and we couldn’t be happier for her!

In addition to be a loving mother, Stone continues to create excellent work as an actress and can most recently be seen in the suspenseful HBO miniseries, Mosiac!

Are you a fan of Sharon Stone? What do you think of her recent styles? Share your thoughts and join the conversation below! 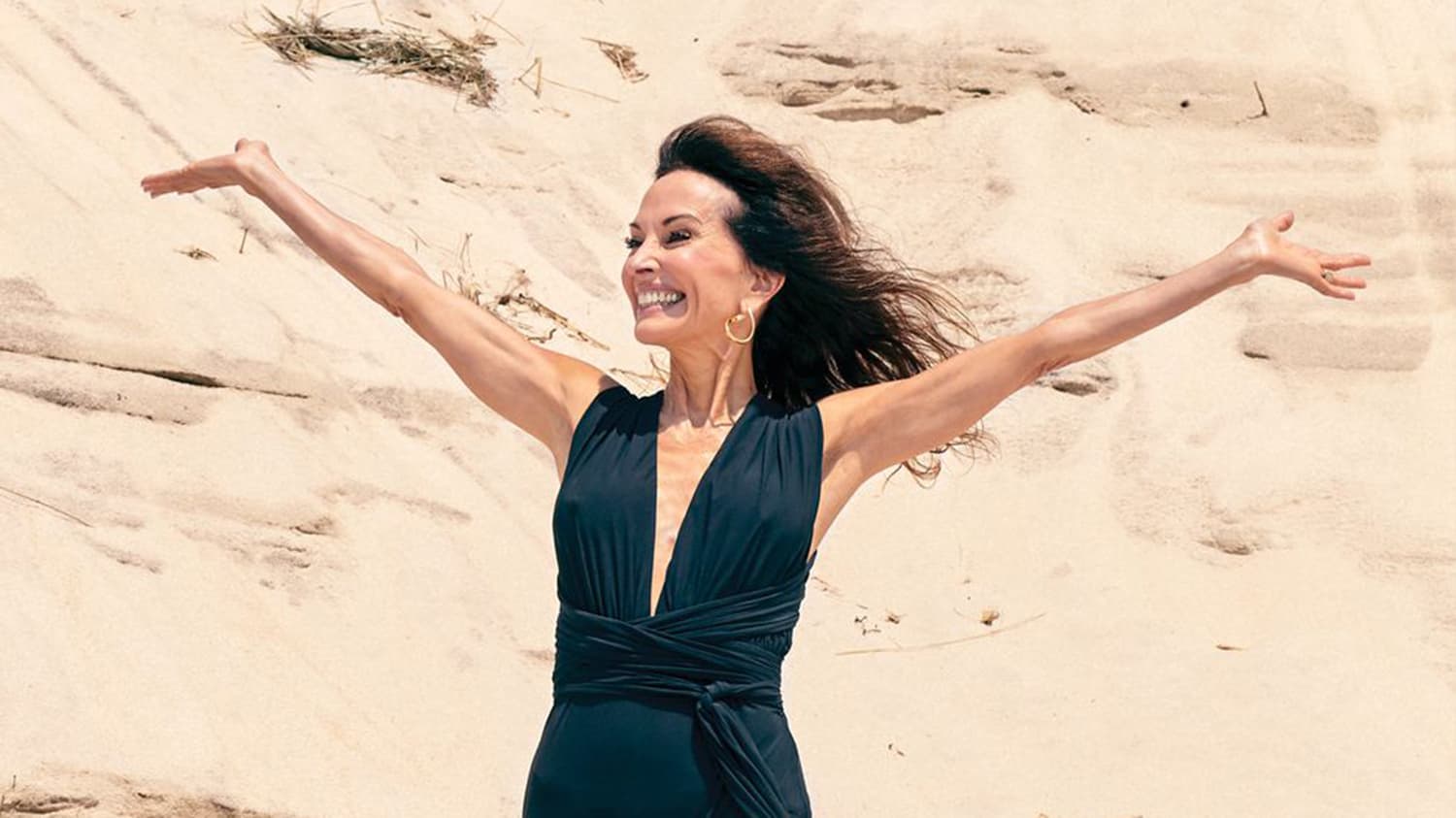