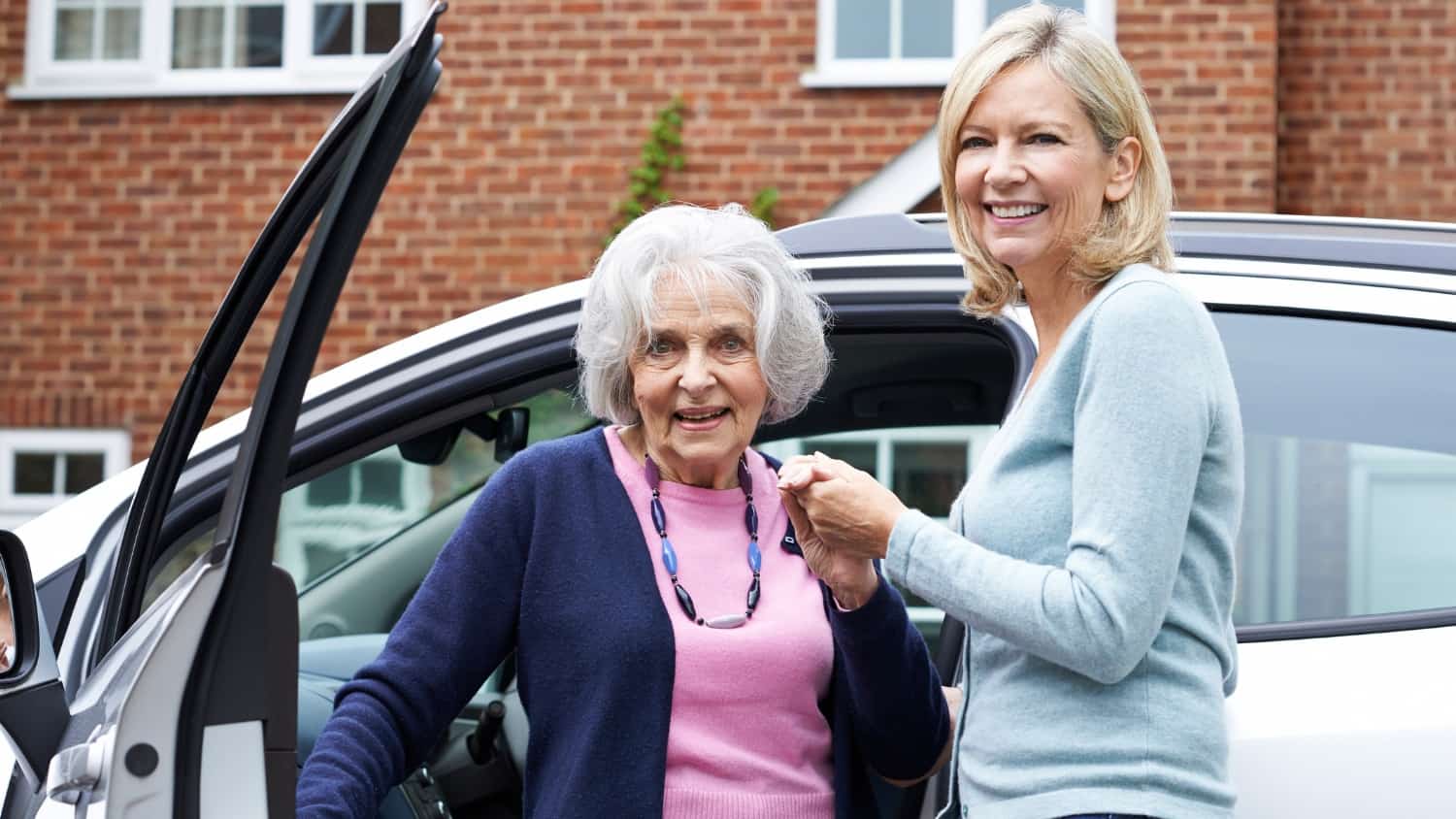 How a Shift in Perspective Can Improve Your Health and Longevity

The day I had to take the car keys away from my mother was traumatic. For both of us. Coming home from doing errands, my mom missed the driveway entirely and drove right up onto the front lawn. Mortified, she announced to me, “Your father’s going to kill me.” I groaned inwardly. Dad had been dead for almost a year.

My mom was in her late 80s by then, and although she’d never been a great driver, she’d always been a safe one, and had never had an accident. I’d known for some time that this day was coming, and tried my best to be gentle and understanding, but my very independent mom was having none of it. Until that day, when the evidence was too glaring to be ignored.

I reassured Mom that I’d take her wherever she wanted to go, and that if I was unavailable, she could call on her many friends, some of whom lived close by, or on “Senior-Ride” mini-vans, and if all that failed, there were always taxis, this being pre-Uber days.

“Pay for a taxi?!” My thrifty French mother was appalled. Surely no daughter of hers would suggest such a wasteful expenditure. I called on my inner Zen master, and tactfully agreed. Taxi “in extremis” only.

My New Job as a Chauffeur

With that began our experiment in chauffeuring. Well, my chauffeuring, and Mother’s gradual acceptance of having to depend on someone. I say gradual, because for weeks Mother huffed and puffed and generally put up a stink about having to rely on me, rather than just hopping into her car whenever she pleased.

My inner Zen master got a solid workout. But eventually Mom settled into her new role as passenger and began to appreciate the pluses of no longer driving. As in not being the one to hassle traffic, to hunt for a parking place or to deal with inconsiderate drivers. As in being able to look around at the scenery, at shops and people rather than at the road. As in spending time with me.

Because once the grumbles subsided, we talked, we exchanged ideas on all manner of subjects. And much to my surprise, we became closer. In the last years before her passing, not only did I come to know and appreciate my mom better, but she came to a greater understanding and appreciation of me. She became more peaceful, less controlling, more willing to find the good in her situation.

Why am I telling you all this? What’s in it for you? A recent study of elderly Japanese in the city of Osaka, Japan, found that these 80- and 90-year-olds reacted to their present situation, in which their capacities were often diminished or limited, with gratitude for those who played a significant role in their lives.

This included both persons from their past, and those on whom the seniors depended in their present circumstances. With this gratitude, come many benefits, both physical and psychological.

In addition, people who practice gratitude tend to experience less depression and anxiety. Overall, they are happier and more content. Such was the case with the Japanese individuals studied.

It may take a bit of practice, but even non-optimistic individuals can, by developing a habit of daily gratitude – for example, by keeping a gratitude journal – find greater optimism and hope in their lives, which results in improved physical well-being.

No, my mom never kept a gratitude journal. But in our travels together, I became her living gratitude journal, as I listened to her appreciative statements, and responded to them with my own gratefulness.

And as my mother came to realize that having to depend on others was not the catastrophe she’d imagined, but actually had unexpected benefits, Mom allowed the anxiety and depression over her loss of independence to fade gently into the background and found new reasons for happiness.

What shift in perspective allowed you to see a situation in a whole new light? Have you ever had to give “the talk” about driving to a loved one? How did it go? What do you suggest to others?

9 Sneaky Tricks for Better Sleep After 50

If I Can’t Hear Very Well, Can I still Sing? 7 Ways to Tune Up Your Singing Voice!