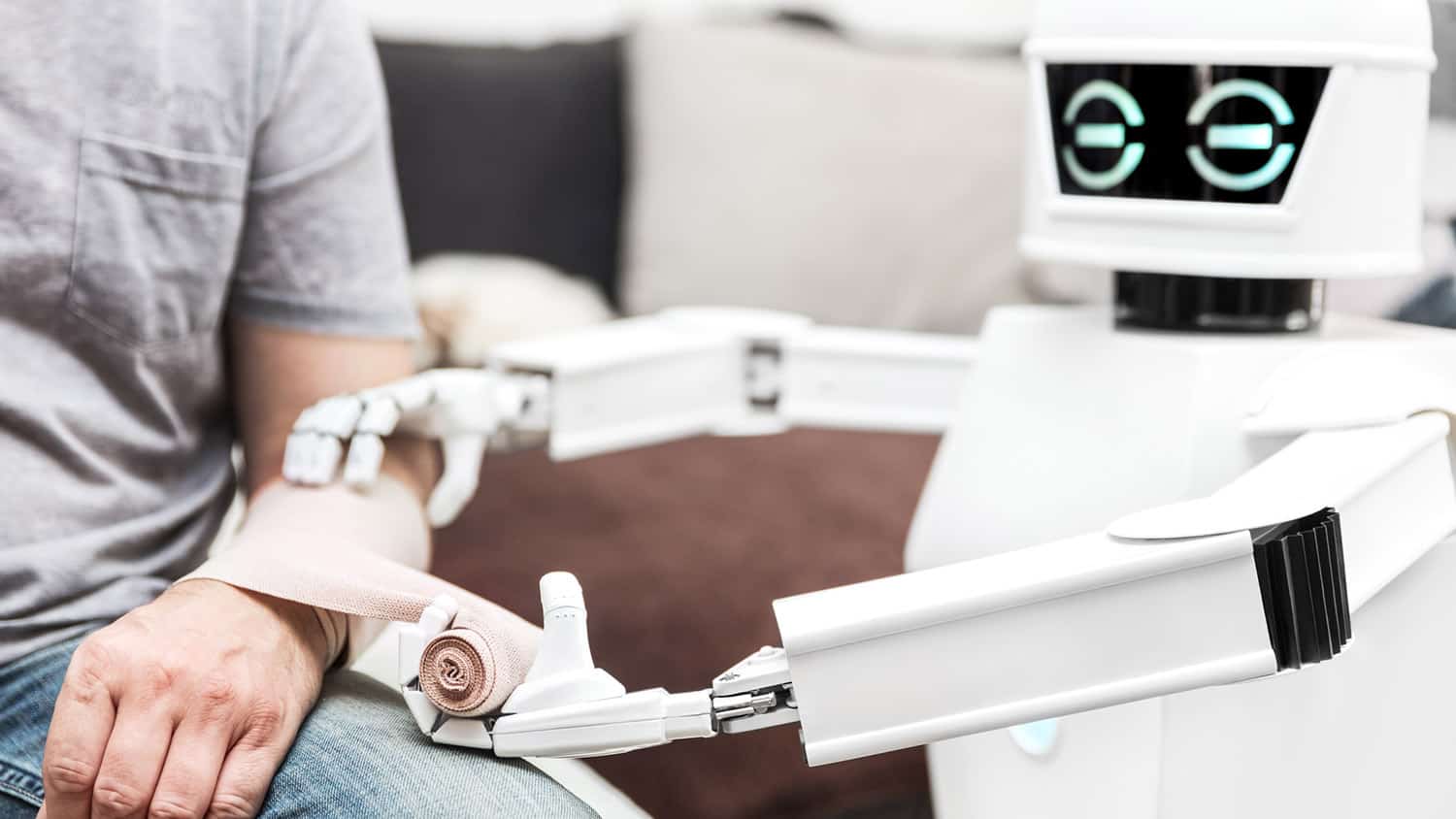 When I first saw the movie “Her”, about a man who falls in love with an intelligent computer operating system, I knew the world of human relationships was going through a fascinating social transformation. The bizarre thing was that as I watched the movie, I started to understand and appreciate the positive aspects of having “someone” care about you – even if they were not real.

Based on conversations I’ve had with women in our Sixty and Me community and a survey we undertook, 75% of us have experienced loneliness at some time in our life. In those lonely moments, many women retreat into themselves and spiral into depression. Others reach out online to social media friends for company and perspective. But are robots and AI chatbots the answer?

Here are 4 ways that I personally think that robots and Artificial Intelligence (AI) chatbots might help us live happier, healthier lives in our sixties.

Helping to Deal with Loneliness

Japan has an aging population with the birth-rate continuing to drop every year. A growing older population has generated an interest in finding ways to make people living alone feel less socially isolated and alone. To restore a sense of community vitality and engagement they have come up with an interesting solution.

Japanese companies have started to build what they call useful robots that serve their owners in a constructive and positive way. Unlike the west where there is a negative connotation, this article claims that in Japan robots are viewed in a very positive light. They are considered friends and even considered heroes made to serve their creators.

Because the young workforce in Japan is dropping, robots are now actually making robots. Factories are creating all kinds of fascinating robotic friends including a seal called Paro. This is a robotic seal being used at Tokyo’s Silver Wing care facility. It gives therapy, attention and companionship to the patients. They hug, have conversations and provide social interaction.

Giving Us “Someone” to Talk To

Is it possible to have a meaningful conversation with an imaginary friend? Well it worked as children, but can having an invisible online friend enrich our lives in our sixties? According to this article, a whole industry also has sprung up in Japan primarily for young people who due to long work hours or other reasons prefer the company of a virtual partner.

There is a new mobile app called Replika that allows you to create an online Artificial Intelligence (AI) friend and chat as if they really existed. I tried it and it is strangely intriguing!

In today’s world, human interaction and personal communication has been abbreviated to short text messages even between intimate friends and family. What could be the harm of a virtual friend getting to know your strengths and weaknesses, understanding your dreams and fears and asking you occasionally, “How are you doing?” Then being ready to “listen?”

Robots are already at work for us. According to above article, in 2016, over 2 million robotics were already in action in our society and by 2020 it is projected that the number will rise to over 3 million. We can see that the robotics industry is already advancing automation like driverless cars, sorting mail, medicine and in the fast food industry.

This will of course affect jobs. We’ve always been nervous about automation, but history has shown that new and creative jobs often emerge from processes that are automated.

This will be an opportunity for older workers too. Perhaps the efficiencies of robotics will strengthen economies and create jobs. Time will tell.

Robots are everywhere today in the healthcare industry, working behind the scenes in local hospitals and research centres. Robots in medicine help by relieving doctors from routine tasks that take their time away from more urgent tasks. In the long run, they are making medical procedures safer and less expensive. Robots can also even perform intricate surgery in tiny hard to reach places in the human body.

So, robots and Artificial Intelligence online chatbots might just end up making our lives safer, less lonely and more interesting. Technology may turn out to be our best friend after all!

How do you think robots will help older adults in the future? Would you like to have a virtual online friend to chat with in the privacy of your own home? What tasks would you like a robot to do in your home? Let’s have a chat!

List-less in London – The Joys of Getting Busier with Age 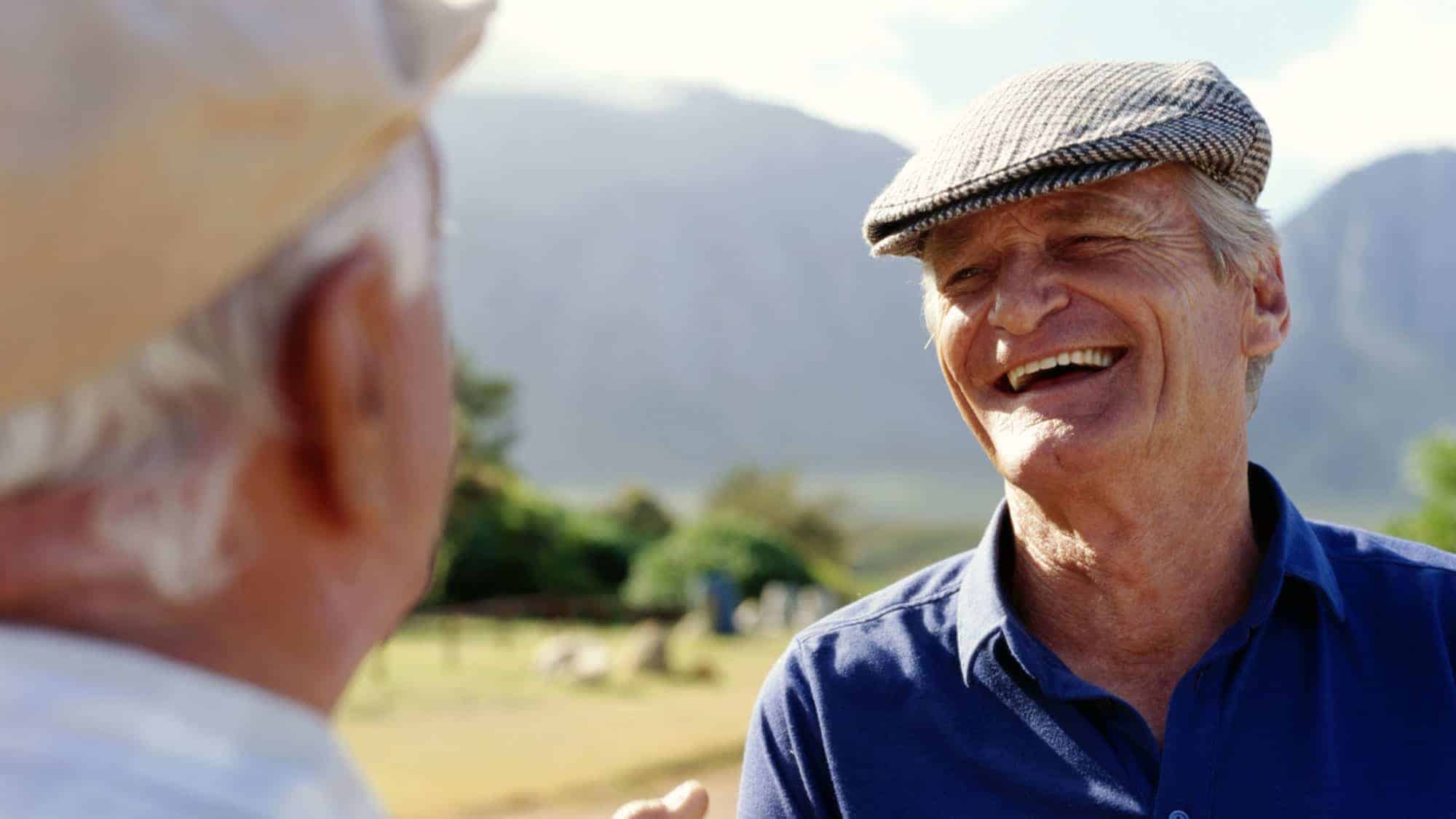