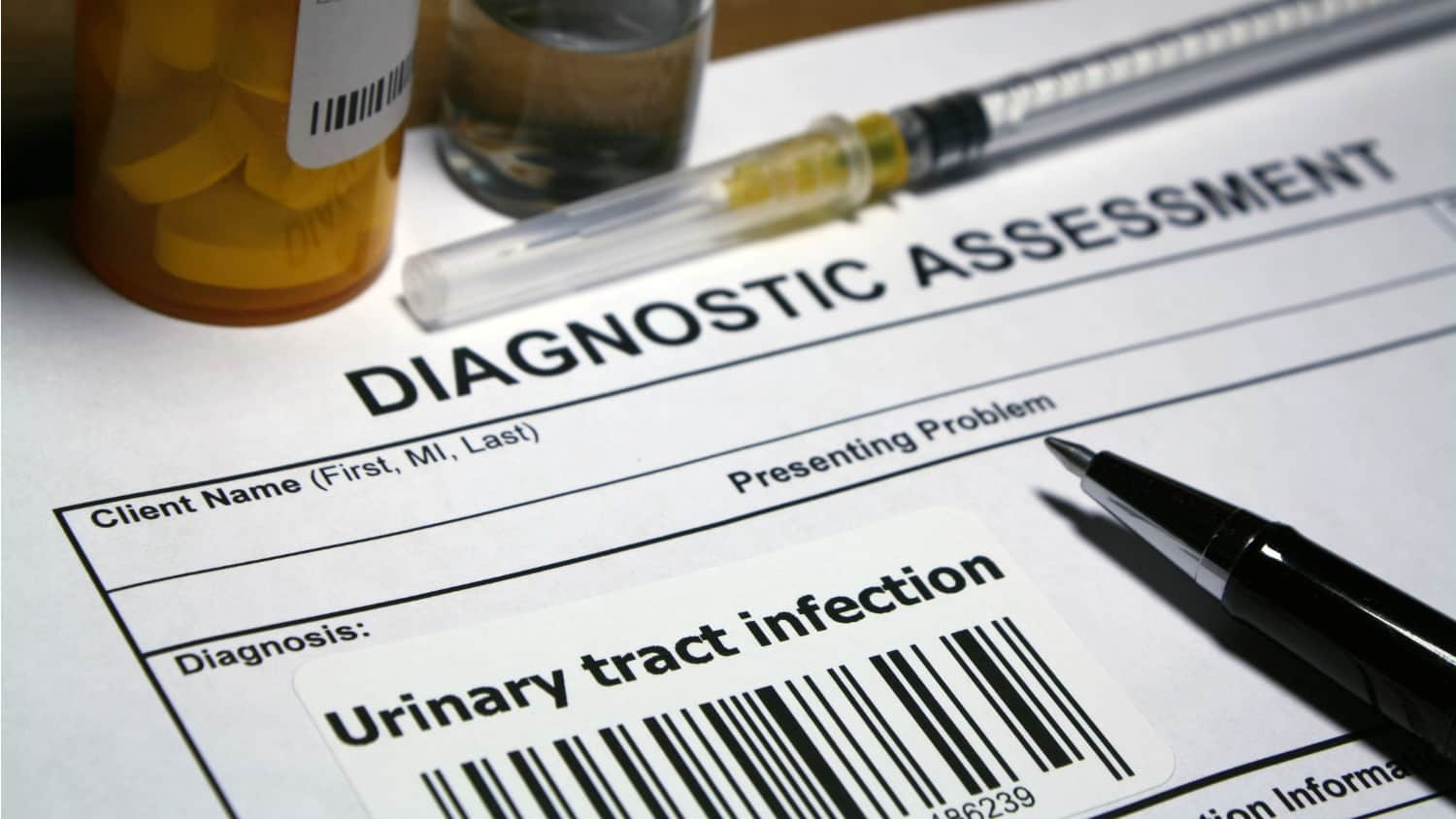 How UTIs Can Increase Your Risk of Sepsis as You Age

Many women have experienced a UTI at least once in their lifetime and are familiar with associated symptoms and the traditional methods of treating them. However, because the immune system starts to weaken around age 30, the typical symptoms are subject to change as we age.

As a result, these alternate symptoms can go unnoticed for a while, which in severe cases, can cause the UTI to evolve into kidney stones or sepsis.

What Is Sepsis and How Can It Be Caused by a UTI?

Sepsis is known as a life threatening condition that happens when the body’s response to having an infection is to damage its own tissues. It is known to affect adults that are 65 and older as they are 13 times more likely to be hospitalized with sepsis than adults younger than 65. So what does sepsis have to do with UTIs in older women?

The well-known symptoms of a UTI include dysuria, burning, irritation while voiding, increased pelvic pressure, particles in urine, cloudy or bloody urine. An additional, notable symptom older women tend to experience is sudden confusion. Understandably, diagnosing someone with a UTI, especially if Alzheimer’s or other forms of dementia are already a concern, becomes more difficult.

If the infection is not diagnosed when the above symptoms present, later symptoms of a UTI can show up as fever, nausea and vomiting and pain in the lower abdomen where your kidneys are located. If a UTI progresses past these symptoms and is left untreated, it can spread to the kidney and cause pain and illness, which is also known as urosepsis.

There are many ways to help prevent a UTI, but the most effective way to minimize your chances of it turning into sepsis is to hydrate. Dehydration is the most common underlying cause of a UTI as we tend to drink less fluids as we age.

It’s important to focus on increasing your water intake specifically; coffee, tea and any sugar free drink doesn’t count when it comes to hydration. For women 60 and older, it’s recommended that they drink a total of 60 ounces of water per day, which decreases the amount of bacteria in the urinary tract.

When urine is more concentrated, there is an increased chance of bacteria not getting flushed out and making their way up the upper urinary tract and causing a septic infection.

Another way to decrease your chances of a UTI turning into a septic infection is to practice good hygiene. For women that experience urgent or mixed incontinence it is recommended that they talk to their provider about how to manage the condition and are changing their leakage pads regularly as wearing a pad all day can be a breeding ground for bacteria.

This can be especially tricky for women who don’t have access to resources that allow them to use multiple pads per day and therefore cannot change them as frequently as they should.

Cranberry doesn’t prevent bacteria from entering the urinary tract; however, it does coat the urinary tract to make women less susceptible to bacteria sticking against the walls of their vagina. While women will often drink cranberry juice to ease UTI symptoms, the more effective way to ingest cranberry is through a supplement in capsule form of 10,000 to 30,000 mg on a daily basis.

Cranberry juice is often high in sugar and does not have a high enough dosage to be preventative. If taking cranberry supplements is not effective, you can also try ingesting dandelion root which has also been shown to prevent UTIs and kidney stones.

A hormonal imbalance, caused by menopause, can also lead older women to be more susceptible to UTIs which is why it’s important to balance out not just your vaginal microbiome, but your urinary tract biome as well.

When going through menopause, your hormones are not as actively stimulated as they used to be, leading to an imbalance which creates a rise in PH and kills off the good bacteria. In order to prevent a hormonal imbalance, you can take over-the-counter probiotics with around 30 million cultures. Refrigerated probiotics will help you maintain a healthy gut and keep your microbiomes in check.

When your body goes through sepsis once, you become more prone to infection as your immune system can become weaker. According to Sepsis Alliance, almost 20% of women who have a UTI will go on to have a second, so if you think you might have a UTI, it’s best to get checked out by your provider as soon as possible.

Making sure to hydrate regularly, practice good hygiene and pay attention to any unusual symptoms down there, will make it easier to get a UTI treated effectively and minimize the chances of it turning into a larger issue like sepsis.

Have you experienced a UTI? Was your provider able to diagnose it early on? What do you do to prevent UTIs after 60? Please share below.

Aleece Fosnight, MSPAS, PA-C, CSC-S, CSE, NCMP, IF is a Medical Advisor to Aeroflow Urology. She is a provider of comprehensive sexual and reproductive health, basic urologic care, and gynecological care for Western North Carolina and the Southeast and has opened up her own private practice in June 2020, Fosnight Center for Sexual Health, in Asheville, NC.

1 month ago
Health and Fitness