Streaming My Way via Vicarious Travel

Freedom to travel continues to be a much-loved experience that I fear we won’t be able to repeat anytime soon. There are many things I miss about visiting other countries. The most stimulating for me has been absorbing local culture and the nuances of behavior.

Through travel, I’ve found that people around the world are more alike than they are different. And experiencing first-hand those differences in sense of humor, manners, and sense of style is what makes travel intriguing.

I can’t be on the ground having those experiences now, though. And so, I’ve found the next-best thing: travel via films and television series taking place in other countries.

Beyond the interesting characters, I love to explore the geography of the setting. Like my travel experiences, I enjoy seeing how everyday people in other countries live, even if they are fictionalized.

My passion for exploration led me to latlong.net, a website that offers details and background of the locations used as movie or TV series settings.

Here are a few of my recent favorite shows gleaned from streaming channels.

Rita is a comedy-drama available through several outlets. I view it via Netflix. The leading character has a quick mind, a quick wit, and little regard for conformity. Most of the series is filmed in Rødovre, a suburban area near Copenhagen.

Rita can be seen wearing tight-fitting jeans, a cigarette swinging from her hand. She is a single mother with teenage and early adult children and an ex-husband who pops into the series occasionally. She is also a tough-nosed teacher who understands what makes adolescents tick.

Visit France with Call My Agent

The premise of this sophisticated series is the competition among four talent agents after the head of their agency dies unexpectedly. They are tough as nails in making deals and soft as cotton in coddling their star talents.

This is a funny and sometimes a bit naughty series on the fast-moving life among Paris celebrities. Many of France’s actual celebrated actors will appear in one or more of the series and play themselves.

What I love most about this series, beyond the fast-moving humor, is that the majority of it is filmed right in Paris. Although the scenes in the ASK agency were filmed in Aubervilliers outside of Paris, they depict Paris.

Outside the agency’s office, Fantrippers has a great identifying list of the locations where filming took place throughout and around Paris. If you have visited Paris, you will likely identify some of the streets you walked down.

Hop to Germany with The Last Word

The Last Word series is set in Berlin, Germany. It gets a bit more somber with the main character, Julia, cycling through the stages of grief. She pulls off some amusing scenes as she begins a career as a eulogy speaker.

As she develops this unusual career and becomes a first-time breadwinner for her family, Julia copes with a difficult mother, an independent daughter, and a teenage son working through his own grief.

Julia finds her way to her late husband’s secret art studio, taking us down an industrial alley, where we get a glimpse of the graffiti and slightly overgrown areas most tourists just passing through would not notice.

Let’s Go to Wales for Hinterland

Hinterland is the grimmest of the programs I have seen; a detective noir series. The beauty of the cinematography makes up for it. Aberystwyth on the west coast of Wales makes up the setting of Hinterland.

The sweeping views of the coastline and hills are breathtaking while shots of rundown buildings and dreary-looking farms are glum in comparison. The main character detective is a somber guy with issues of his own.

The setting for one of the first scenes in this series is Devil’s Bridge, known as Pontarfynach in the Welch language. The river and waterfall are stunning but the scenes shot here are quite dark.

So, here’s to exploring fictionalized Europe if you can’t explore the real thing. If this interests you, whether comedy, drama, or detective noir, you can join me in traveling vicariously. Enjoy the spectacular cinematography and explore what drives characters in distinct regions and cultures.

I found this list of what may be coming through this year. Enjoy your vicarious travels.

Do you travel vicariously through media – film, television series, or books? Would you revisit other countries by rereading your travel journals? Do you have favorite streaming films or series filmed outside of your own country? Please share some titles or personal stories below! 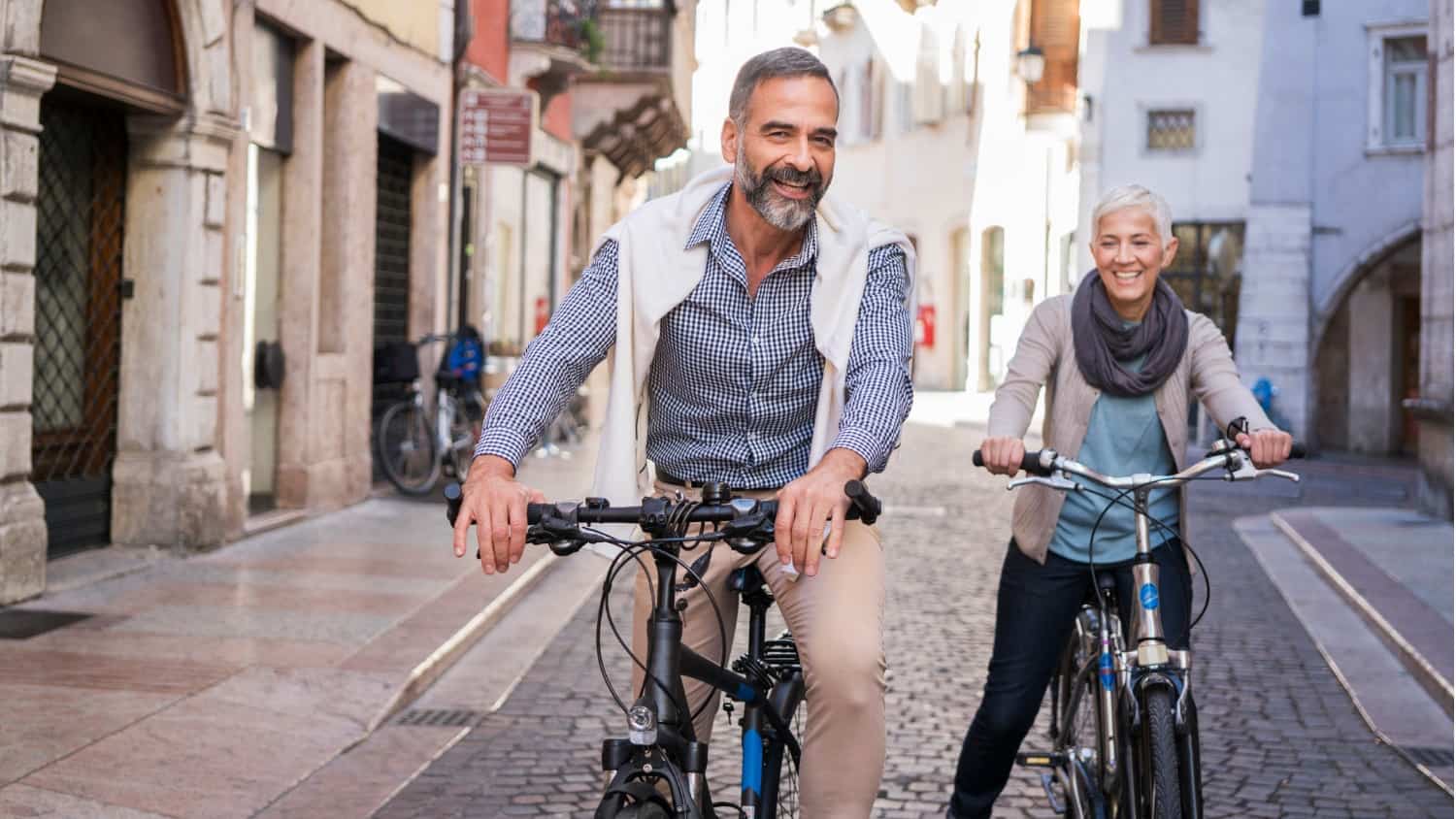 Top 10 Bucket List Experiences in Italy from an Expert 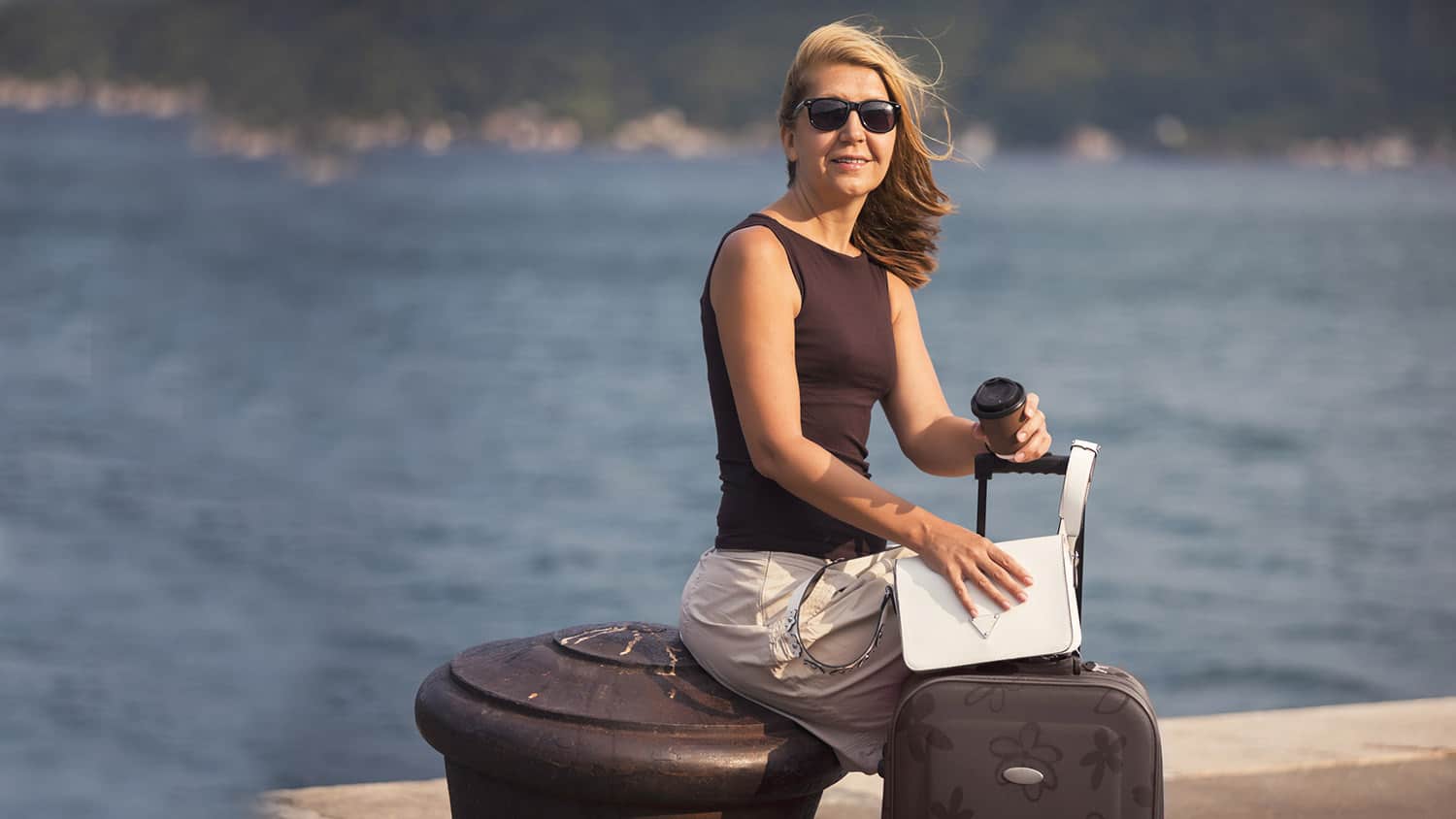 How to Create the Perfect Light Travel Packing List