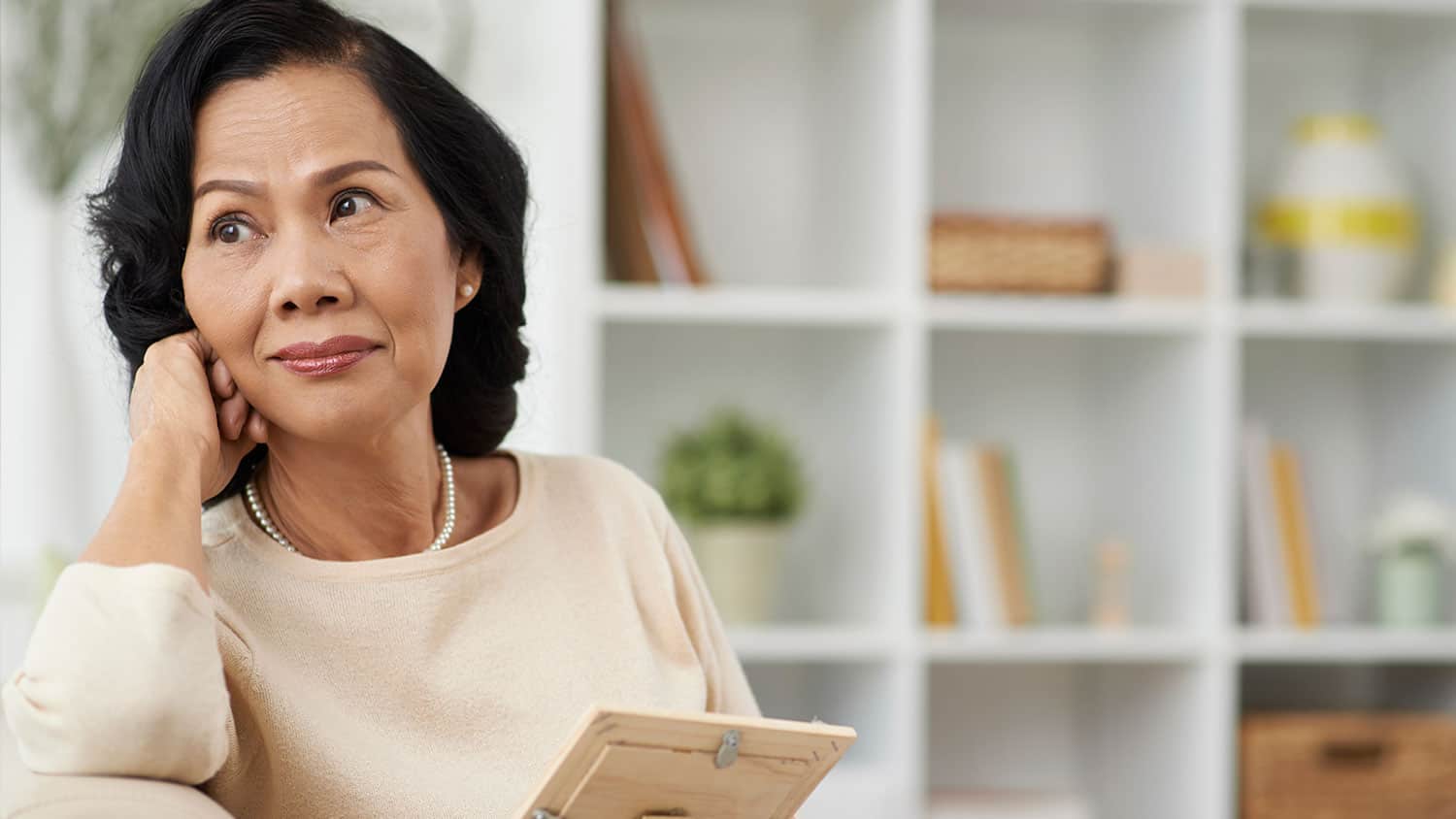 You know that awful moment when you’re standing in the middle of the living room, wondering, “Why am I here?” No, not the existential “Why am I here?” as in your reason for living, but the more ordinary “Why did I just walk into this room?”

You backtrack through what you were doing right before you landed in the living room. Perhaps you were fixing dinner, opening the mail, whatever. While you try to figure out why you needed to be there, a pernicious whisper creeps into your mind: “Am I going senile? Is this the beginning of Alzheimer’s? Dementia?”

You beat that thought to death with your various rationalizations. There’s no history of dementia in my family. I’m in great health. I’m only 60-70-80 years young. Nonetheless, the next time you find yourself stranded clueless in front of the fridge, or opening your laptop, the whisper insidiously repeats itself. Senility, Alzheimer’s, dementia. And it’s all you can do to not run screaming.

Remember – You Were Forgetful When You Were Young

But here’s the thing. You had those same moments when you were 20. Yes, you did. I know you did. We all have! But when you’re 20 or 30, you don’t think twice about it. There isn’t even a hint of a shadow of “dementia” or any other whisper, such as “I must be going crazy,” or “I’m totally losing it.” You think, “Well, this is silly,” and off you go about the rest of your day.

Given the power of positive attitude relative to happy healthy aging, adopting your youthful reassurance. Saying, “Well, this is silly,” to such moments would serve you extremely well. No matter how many years have passed. But what if, in addition to leveraging the power of positivity to your benefit, science came to your rescue? There is now new information as to why those odd moments occur, seemingly more as we journey into our later years.

Science Explains the Mystery of the “Why Am I in This Room?” Syndrome

A fascinating study on how memories are formed presented individuals between the ages of 19 to 76 with a series of faces on a screen. The visual cortices (the part of the brain that deals with what we see) were being scanned. The researchers then asked the subjects to recall where those faces had appeared on the screen. The younger persons’ visual cortices were extremely active, demonstrating that younger individuals paid considerable attention to the perceptual details on the screen.

Older individuals processed the information quite differently. Their visual cortices were less active. Their medial prefrontal cortices, the part of the brain that has to do with introspection and what’s meaningful to you, were more active.

It’s All About What We Consider Important

The researchers concluded that short-term memory deficits, like forgetting where you put your keys or parked your car, might not reflect a decline or deficit in brain function. It might have more to do with what we consider important information as we age.

It’s all about focus. Try making a point of deliberately looking at where you are putting your keys. This is automatic when you’re younger. Then you’re more likely to remember where they are. When you water your plants in the kitchen also make a deliberate picture in your mind of watering the living room plants. That way, you will more likely to remember why you wandered into the room. In other words, engage your visual cortex on purpose!

It is important to be aware of how our physical, mental and emotional selves evolve as we progress through time. This will prevent jumping to dismal conclusions that may have no basis in reality. Having said that, some memory issues may be indicative of a serious medical condition. Always discuss your concerns with your physician.

Are there things we are better off doing differently? Certainly! Does it take a tad bit more effort to attend to external details when really you’d rather be off musing internally about this, that or the other? Yes!

But heck, given the choice between getting my visual cortex in gear to help me remember things or thinking I’m sliding into dementia… the choice is clear!

Do you ever find yourself unable to remember why you walked into a room? Do you have any special ways to remember the occasional moments of forgetfulness? Please join the conversation below.

Good morning everyone,
My Mom passed away from Alzheimer’s and I see many signs of that and dementia in my older sister so I am always on “high alert”. The first thing I do when I walk into a room and forget why I am there is, I stop and breathe. I concentrate on taking a couple deep breaths (that occupies my mind so the “Oh NO” paralyzing moments don’t take over) and think about what I was doing just prior to. I generally can come up with the answer, and if not, I know I will think of it later.

If I forget why I went into a room, I go back to where I was before I went into that room, and, usually, it will all come back to me. I think it’s called “retracing your steps”!

When I was so much younger, I had Post-It Notes all over my cigarette pack so that I wouldn’t forget anything. It worked like a charm until I quit smoking 34 years ago. Since then, I’ve resorted to paper pocket calendars, wall calendars, and finally, my cell phone notes, reminders and calendar all of which I often forget to reference. And so, you’re right – even in my twenties I forgot stuff. Besides, appointment books, all kinds of calendars and the like are everywhere and we don’t all have serious medical issues associated with these memory lapses.

I would much prefer the Post-It Notes, but I’d have to start smoking again in order to have somewhere to stick them.

Loved your comment. Hadn’t thought of using my collection of Post-it notes ( if I can remember where I put them, that is!) one of my remedies is to keep saying it all the way up the stairs till I get there just as in childhood when sent to the shops..

Hahaha! I just did a reel on this last week. It wasn’t about forgetting why I came into the room; it was about forgetting where I had out something, just the night before. That day I looked and looked in all the places that I could have pu them, as I remember thinking, “I’ll always be able to immediately see them, they’ll be readily available.”

Well, it wasn’t until I had almost given up looking for them and was in the bathroom, that I remembered! I laughed aloud at myself because they were LITERALLY in front of my nose. I just had not been mindful and hence I didn’t see them.

I also remembered that I had not done my meditation practice that morning and hence, perhaps was a bit distracted. I’m a health coach and teach my clients to be mindful and that day did not heed my own advice! Oh and I’m in my 70s, so yeah, the question you initially asked does cross my mind.

4 weeks ago
Health and Fitness

How Your Gut May Impact Your Alzheimer’s Risk 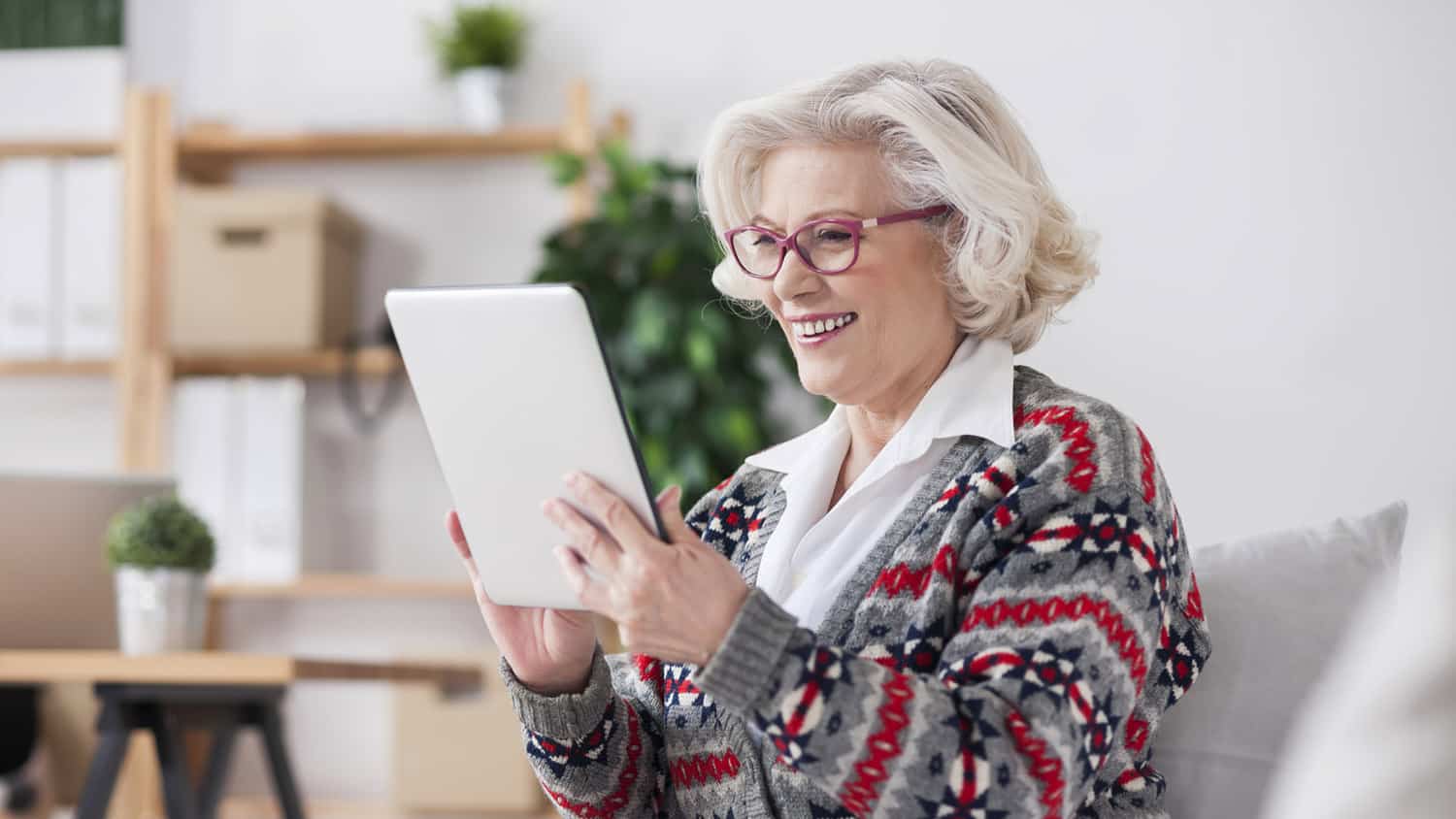 29 Powerful Ways to Stimulate Your Brain After 60