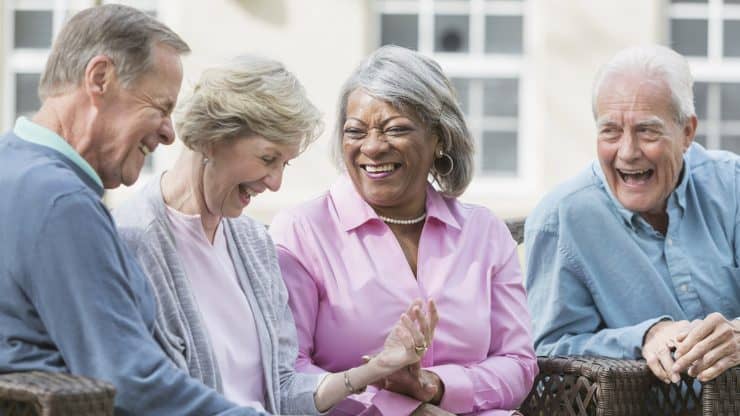 Society isn’t at all positive about aging. How do you keep your own attitude positive as the years go by? Join us in conversation with Dr. Bill Thomas who has some exciting views to share. Enjoy the show!

Today we are going to be inspired by Dr. Bill Thomas. Bill is a medical doctor, author and speaker, and he is changing the conversation that concerns how we think about ageing and elder care. He goes all over the United States to get men and women talking about the amazing opportunities that open up in their 60’s. Welcome, Bill.

Thank you for having me, Margaret.

Today I want to talk to you about women having a voice. Here at Sixty and Me, we have a community of about 500 000 women that we reach globally. I asked them once, “If you get the opportunity to talk on TED for 10 minutes, what would you say?”

Some people had great ideas, but the majority were certain that it wouldn’t matter because nobody would listen anyway. I understand where they’re coming from because society today doesn’t view older people positively.

You’ve spent your career researching and changing that view. How do you think older men and women can help change the way society sees people over 60? What can we do? What can we say?

Western culture in particular is very familiar with the shift from childhood to adulthood. Many people, including myself, were raised in an era where children were to be seen and not heard.

Yes, I remember, and women in particular, as little girls, were taught to be good girls and not raise their voices.

Then comes a move into adulthood, and in our culture, adulthood gives you voice. When you become an adult, you have a legitimate place to stand up and be counted, so to speak. It seems to happen very often in our culture that people in their 60’s or 70’s start to feel that their grip on the adult role is been weakened in some ways.

They are no longer in paid employment, perhaps no longer married, perhaps living by themselves. Lots of different changes can come where you don’t feel fully invested in the adult role. What happens is, that adult license to speak and be heard becomes attenuated or weakened.

Now there are two ways of addressing this issue. One, and you see this very often among friends and loved ones, is for people to grab onto that adult role and hold it as hard as possible, insisting, “Dang it, I am an adult.”

For some people that works. The trouble is that you wake one day older every day, and the struggle to emulate that adult role gets harder, until ultimately, you can’t fake it anymore.

A different path is to say, “I am so done with being an adult, I’ve had it. I’m going to leave adulthood behind the way I once left childhood behind, and I’m going to get a new license to be heard.”

That is what we call an elder’s license. You can now have a license to speak as an elder, to be in the world as an elder, to influence others as an elder. But in order to get that elder card, you do actually have to burn the adult card.

What you’re saying is really impressive. Even though we give up the adult card, we still have money to spend on businesses and travel. We have power in that aspect, and we are a force still to be acknowledged.

Also, because we are living longer and want to be independent, we are feeding innovation with medicine and technology. We gave up the adult card that allowed us to play the game of being grown up, but we are not going into elderhood to just sit by the river and knit. Elderhood is powerful.

The cool thing about elderhood is, if you want to sit by the river and knit—do it. It’s all good. What elders have that adults don’t is freedom to choose their daily itinerary. Adults, on the other hand, have to run in a very narrow channel—they are constrained and confined in many ways.

Elders can sit by the river and knit. They can lead civil rights movements, start their own business and grow it, etc. All those things are fine if you are an elder; you have an open terrain.

Some new elders are terrified by the open space that elderhood offers. They are so used to the constraints applied by adulthood, that they get overwhelmed and run back to that stage of life seeking comfort.

A lot of women in our community are mentors to younger people. I think it is great to be able to hold onto the wisdom that we’ve accumulated through the years, and share it with others.

I travel a lot by myself, and I often meet young people who are interested in my life experience and really value it. When we as older women and men stay active in our society, we will start to change their minds about us, don’t you think?

Yes, absolutely. It’s up to us to avoid generational self-segregation when we go out into the world. We should not limit ourselves to communication with only our peer group.

What’s valuable about your community is that you’re hanging with people who understand and feel the value of connecting across generational lines.

The value of an elder is ultimately measured in the influence an elder can exert on other people. Adults, on the other hand, are often measured by the power that they exert. Elders hold an attitude like, “Ugh, enough with the power.”

Wisdom is more powerful in some ways, because it goes deeper.

It could certainly be more influential. When younger people get in conversation with a genuine elder, they are amazed because the genuine elder doesn’t tell them what to do. That’s what you’re experiencing meeting people in your travels.

Younger people are used to adults telling them, “You should do this. You should do that.”  A conversation with an elder is more about relationships and feelings, desires and dreams.

Our society imposes on us stereotypes about elderhood that affect everyone’s understanding of aging. When I left my corporate job, I shared with the younger women who were left behind that I was starting a new business. They knew I was over 60, and the general reaction was, “What?”

Then suddenly, one girl said to me, “I’m so glad you shared that, because I’m not afraid now. If you are what 60 looks like or acts like, sign me up.”

When I looked at Helen Mirren’s picture when she was 70, I thought, “Gosh, that is 70, and I’m already there.” The anti-aging world begins priming women in their 30s, but when we’re in our 60s, we don’t even care because we know there is no such thing as anti-aging.

When you are in your 60s, you realize you have seen behind the curtain, and you know that the wizard of Oz is no wizard at all.

Elderhood is not about completely shattering that image. Actually, the adult world depends on us all buying into the game. You wouldn’t get up in the morning going through a lengthy beautifying routine if you didn’t really believe it would make a difference.

Exactly. Realizing that ageing is a natural part of life gives you freedom. There’s a wonderful little quote that says, “A crisis is the death of an illusion.” One of the passages into elderhood is the crisis point where the illusions that have sustained, animated and driven you for decades, start to come apart.

This is where you begin to see that, “It was not true; it was all made up.” You get access to a deeper level of understanding that is more about relationships and intrinsic satisfaction.

I wrote down a quote I read in a review about your book Second Wind. “Older people can learn to go slower, go deeper and be more connected to themselves, their loved ones and other members of the community, they can find the wisdom, happiness and fulfillment that comes with a life that’s in balance.”

I think it describes our generation in a really powerful way. If we are able to achieve that kind of elder balance, it will inspire younger people. So, in a way, it’s a gift to the generation that comes after us. Don’t you think?

Yes, we have the role of teaching younger people how to live, largely by example and also through influence. Older people know that part of learning how to live is embracing the idea that you are going to make a lot of mistakes, and it’s going to be all right.

Our experiences can help younger people, to a degree, to gain access to some of those insights earlier in their life. Thus, we can make their life better for a long time.

This doesn’t only cover the individual level though; it is relevant to society as a whole. I think the younger generation is now reinventing society, especially in the United States. They are redefining certain aspects of life, and we, as more experienced people, can help them through this process.

We have gone through the same thing three of four times in our lives, and we’re familiar with societal change.

And also, it’s important to acknowledge that a healthy human society is strongly influenced by elders. The societies that are the most prosperous and the most peaceful have tended to be societies that were most attentive to the elder perspective.

If you live in a world that is governed by adults without elder supervision, you are living in a dangerous world. Adults tend to get out of hand.

I love this whole concept of elderhood. Perhaps I should start issuing Sixty and Me elderhood membership cards.

Elderhood is the next stage of life. Your community is full with such cool people, and the reason why they are attracted to the Sixty and Me platform you’ve created is because they have realized something important.

These are the people who say, “I’m not done yet. I’ve got a whole other adventure ahead of me, and I’m going to get into it. I’m going to embark on this new adventure.”

Absolutely. We have a team of bloggers that write for us at Sixty and Me. Yesterday I got an email from one of our wonderful ladies in the community saying that she would love to write for us.

She said, “I’m 88 years old, and I’ve got a lot of stories to tell.” I thought, “Yes, girl!” Even if her writing is not perfect—who cares? She will tell her stories from her heart, and I’m curious about the experiences she’s got to share.

What’s so interesting is that the adult-ish perspective would concentrate on the structure and the grammar. The elder-ish perspective says, “What has she got to teach us? I bet it’s good.”

I bet it’s very good. You’ve taught us a lot today, Bill. I wish we had more time, and I would love to have more conversations in the future.

We’ll get together again.

Sounds great to me. Thank you so much, Bill. Have a great rest of your day, and again, many thanks.

What do you think about the idea of elderhood? Does it fit your understanding of your role in society? Is there anything you would add to this conversation? Please join the discussion below! 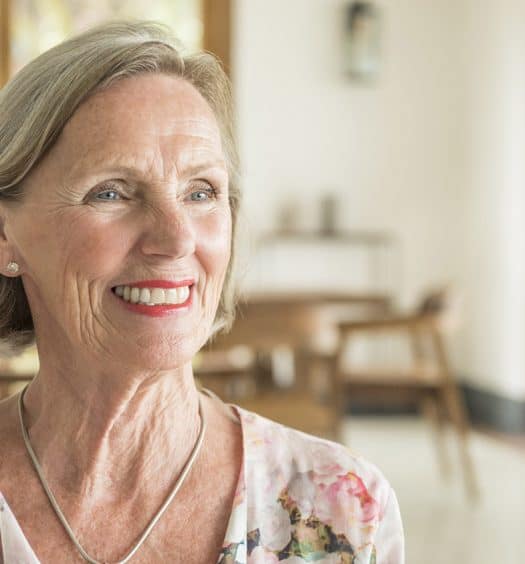 Finding a Location that Makes Aging in Place Comfortable