When someone asks me how I am, I say, “I have no complaints.”

No matter where I am – grocery store, bank, real estate closing table, church – my statement of having no complaints usually gets a response.

Some people just seem surprised that I don’t say the usual “fine.” Others chuckle. Some question me, “Really? None?” It is not uncommon that someone says, “Yeah. Who would listen if you did have complaints?”

My life mission statement includes living on purpose, so to just mindlessly respond to someone with a “fine” doesn’t seem intentional. I settled for “no complaints” as a purposeful response to the frequent question.

“I have no complaints” also reminds me to not complain! It is as much a personal motivation as anything. Because now that I’m well into my ThirdThird (nearing age 68), I might be tempted to complain about a few things if I wasn’t intentionally not complaining.

It is often tempting to complain about the weather. Some days it is too hot for my comfort. Others, too cold. It seems to rain often when our family has planned a day at the river. It was never dry enough to do a controlled burn in our woods this past spring.

But, the weather changes day to day; sometimes hour to hour. We have a good home with the ability to control the climate indoors.

The seasons are glorious to behold, and seasonal changes of clothing is fun. There are plenty of indoor, rainy day activities for our family. And for Pete’s sake – we have woods to stomp around in and enjoy, burned or not burned!

No need to complain about the weather.

Other drivers can be pretty annoying – driving the speed limit in the left lane, not using turn signals, not merging gently and politely – and I do admit it takes some self-control to not get so bothered.

I am glad that in my pre-elderly years I have become more patient and tolerant and less in a hurry so I can control my temptation to complain about other drivers.

Being put on hold used to annoy me a lot, but even that became less of an irritant after watching a colleague put her phone on speaker and keep working while waiting on hold. I should have thought of that!

I do like those businesses that will give you a call back. That’s thoughtful. If I need to make a call that may require waiting on hold, I can time my call and plan for ways to make it tolerable, with less cause to complain.

Of course, the aging process carries along a few telltale signs. A complaining foot. An achy hip. Sometimes sore muscles as a reminder that I tried a new exercise two days ago.

For a while, I had nagging back soreness until I figured out I should not be in a weight lifting class with 30-somethings.

While some aches and pains are unavoidable as I age, I am doing a few things to stave off as much of the inevitable as possible.

I walk a lot and take the stairs. Every time. I work out with a friend who is younger and who is a retired Athletic Director. She keeps us focused on core strength and balance. And, I love yoga, both in a class and at home with videos.

Complaining about aches and pains just makes them worse and using them to motivate me to keep moving is much more productive.

I am still actively working as a Realtor, so I do occasionally have cause to complain about the unprofessional behavior of other Realtors or Mortgage Lenders or Attorneys. I could tell you stories!

BUT, I won’t. Because complaining about others’ actions is not going to result in any positive energy at all. My blood pressure is low without medication and there is no need to get it high over stressing about something I can’t control.

I keep my focus on my clients’ needs and the end result – that is my positive response to others’ poor choices.

Politicians who seem to have forgotten they serve the people? No need to waste my breath complaining about them.

Unjust actions by people in positions of authority (police, teachers, pastors, etc.) who take advantage of their title? No need to generate negative energy that only hurts me and doesn’t change anyone.

A system that is broken and under-funded? I can only wisely manage my own finances and plan for a future that has uncertainties.

I can vote. I can write letters. I can stand in the gap on occasion. I can volunteer. I can contribute. I can listen. I can soothe. Those are much better ways to expend energy than complaining.

And what about present day kids? Ha, ha! Nope. No complaints about this. Even though it was a while ago, I remember being young and finding my way. I wore skirts too short and swimsuits too skimpy. I pierced my ears when “nice girls” didn’t (according to my mother).

I smoked cigarettes and drank alcohol before I was legal. I even smoked pot a few times (and inhaled) when it was a felony to possess even a seed. It only made me paranoid, so that didn’t become a problem, but I did experiment. If I was younger now, I would definitely get a tattoo.

While I am concerned with education and employment opportunities for young people, I am not worried about the generations younger than mine.

While there are temptations to err and risks to health and just plain stupid mistakes that will be made by some, there are plenty of smart and enterprising and capable people younger than me who will solve as many problems as they create.

The 13-year-old son of a client was just in Washington D.C. receiving an award for a “future technology” competition. He was delighted to meet Bill Nye, the Science Guy.

A young woman who was an intern for a food program I run is on her way to France to play professional volleyball. She is one of the most sane and grounded people I have met. She was nominated for an NCAA “woman of the year” award for leadership, scholarship, and character. She will be an asset wherever she is.

A young immigrant man I know has settled into a welding job and has great plans for developing a skill that promises a good career for him, as well as filling a need in a dying profession.

My own daughter works in a Nurse-Family Partnership program, developing relationships with at-risk moms with a view of changing generational and societal habits.

She fearlessly goes in the homes of her clients and loves them through pregnancy and the first two years of learning to be a mother. The research of how these relational programs can change lives is inspiring.

I trust the future is in capable hands.

The Cost of Food, Gasoline or Anything Else

I was tempted to complain about a recent rise in gasoline tax in our state. But then my husband reminded me of how much we enjoy travel and good roads.

Of course, I remember waiting in line for 10-cent-a-gallon gasoline during a “gas war” in the 70s, but I also remember when minimum wage went from $1/hour to $1.15.

My father died in 1979. He had worked for the same company since returning from WWII. He was a skilled and talented sign painter. He had no retirement (the stress of which most likely contributed to his early death – along with a diet of saturated fats, sugars, and some not-so-great genes).

He was making a bit more than $6.00 an hour when he died. 40 years later, he would not believe the wealth and security that is available to many in the United States. Still, we lacked little, even on his limited salary.

The truth is that I can afford anything I need and a lot of what I simply want but could live without. Thankfully, neither my husband nor I require medications that might tempt us to complain about the cost. But, also, with Medicare, at least for now, even medications would be affordable in most cases.

There is really not much to complain about in reality. Complaining is just another habit that could drain me and make me unhappy.

It might be easy to fall into complaining if I’m not reminding myself often of how truly blessed I am. By adopting my signature “I have no complaints” response to even casual greetings of “How are you?” I remind myself to be grateful for all the good parts of my life – of which there are plenty.

How do you engage with people around you? What do you do to keep focused on the positive? Can you resist the temptation to complain? What’s your response to the usual “How are you?” Please share with our readers!

I am definitely in the place of less complaining. (Sometimes it’s just not worth it!) I’m very great full for what I have with shelter, food, hot water, love and three generations under one roof…..still so much to learn by watching everyone in different stages. I’m healthy, needs are met and wants are few. The sun always rises and sets….🌅🌄 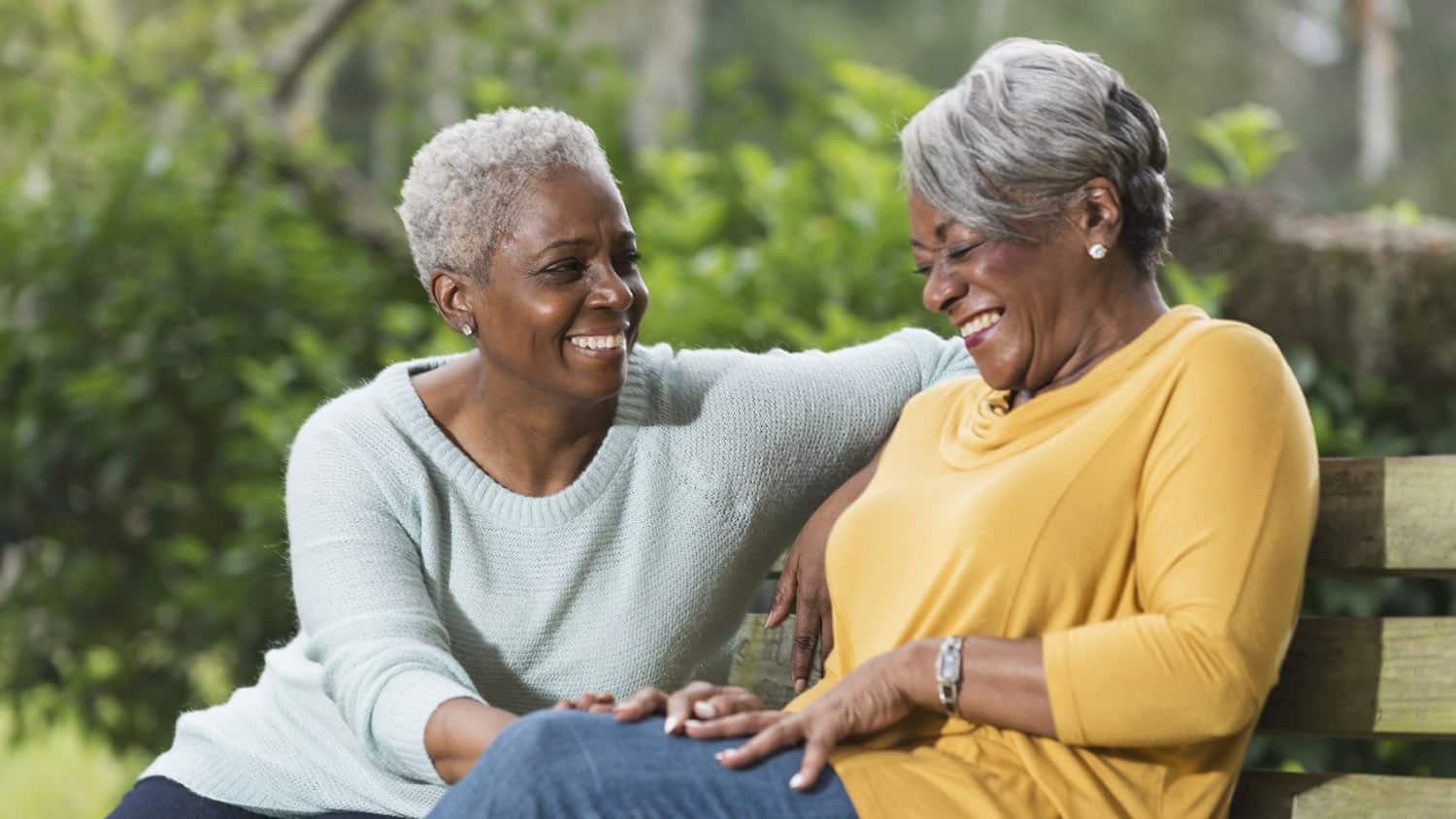 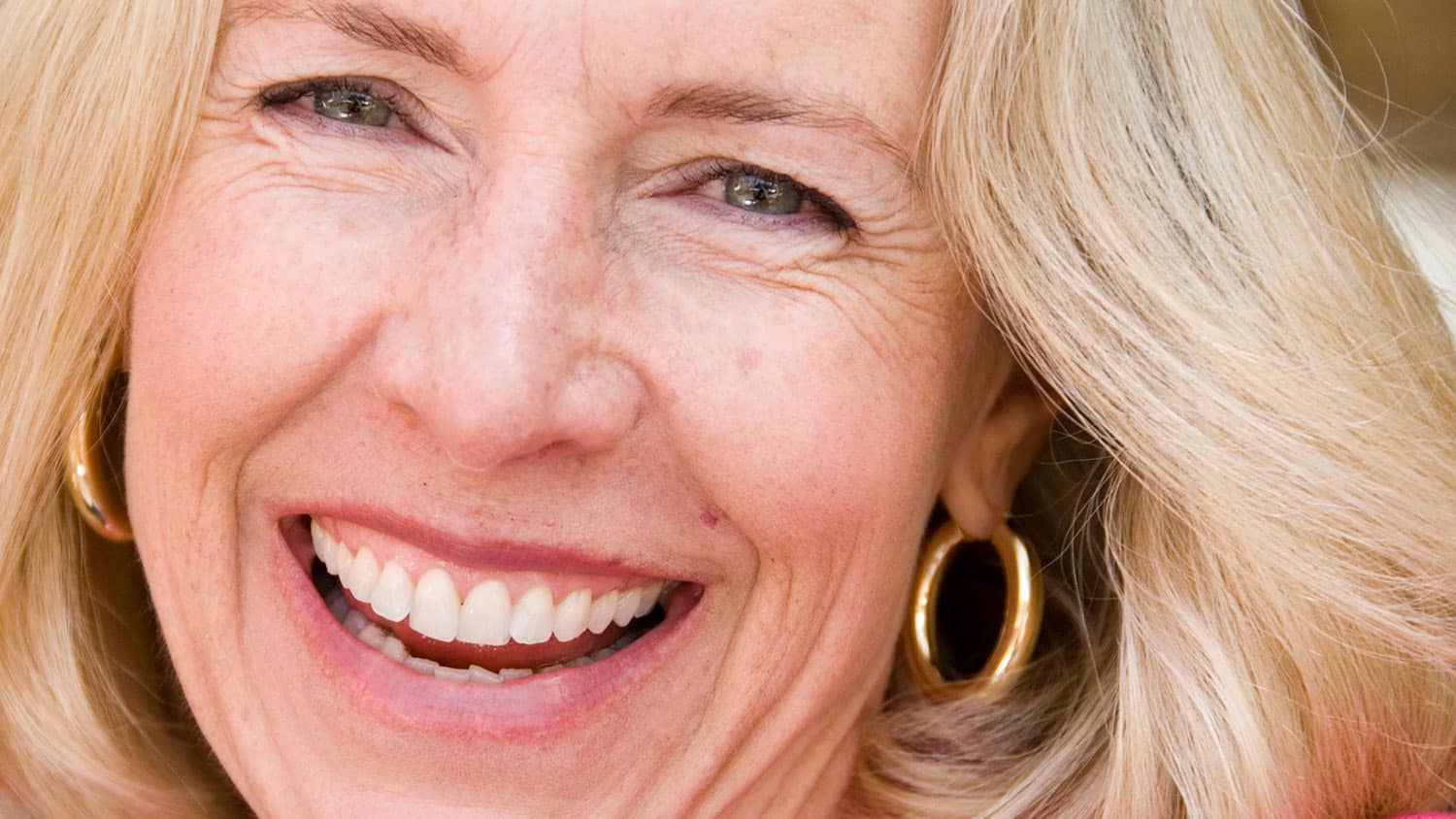 Embrace the Power of Laughter to Feel More Positive Every Day